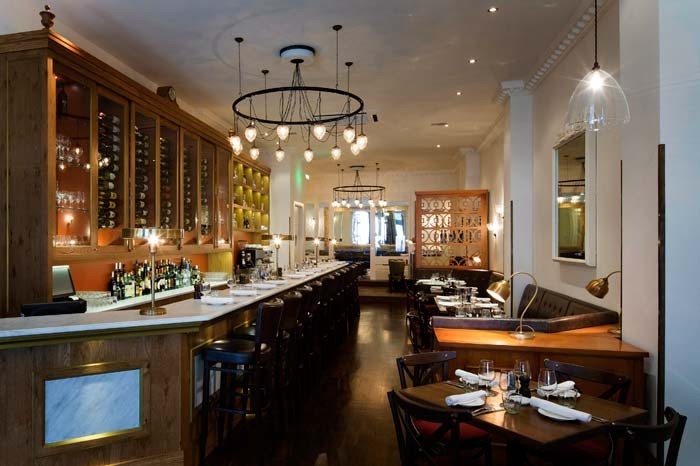 This sees Angela Hartnett taking over the site in St James which used to hold Gordon Ramsay's original Petrus restaurant (and where she was Head Chef). Expect "regionally focused dishes, at an accessible price-point, in a relaxed and informal atmosphere – the kind of restaurant I would enjoy eating in every day".

Find them on Twitter｜
Best for:
Counter dining

Zoe Williams Telegraph
"The cheesecake was the only duff note, and it’s a risk I’d advise 10 times over for the experience overall: elegant, languorous fun." READ REVIEW

Grace Dent Evening Standard Estimated score
"If you go, it would be idiotic not to sling a serving of the large, grilled, garlic-heavy prawns on to your order as they’re one of the best things I've eaten this January." READ REVIEW

Andy Lynes Metro
"I don’t want to review my spinach and ricotta tortelli as much as compose a hymn to it. When I finish the dish, I feel like shouting ‘encore’. I should probably calm down – it’s just a plate of pasta, after all. But there’s just something thrilling about the little parcels of ethereally light cheese and veg in their gossamer-thin wrappers anointed with a simple butter sauce." READ REVIEW

Camilla Long Sunday Times
"By the time we finish, the inhospitable curfew has been long forgotten, five hours have vanished, and the bartender is ladling grappa down my throat (“This one is meant to taste like an English country garden,” he purrs). I’d have thought five hours was a record given that the place only opened 10 days ago, but it isn’t even a record for today." READ REVIEW

Yolanda Zappaterra Time Out
"Williams has a way to go before she reaches the standards of her mentor – let alone Hartnett's one-time mentor. But with a cuisine that’s a surefire winner when done authentically, the odds are on her side." READ REVIEW

Lisa Markwell Independent
"...am I daft to rattle off an almost entirely uncritical review? I used to work 100 yards from Café Murano and it was impossible to find a wonderful plate of pasta anywhere. For that alone, it deserves our love." READ REVIEW
Powered by JReviews
0
Shares