Test Driving Veeraswamy at Home - Michelin-starred Indian to your door 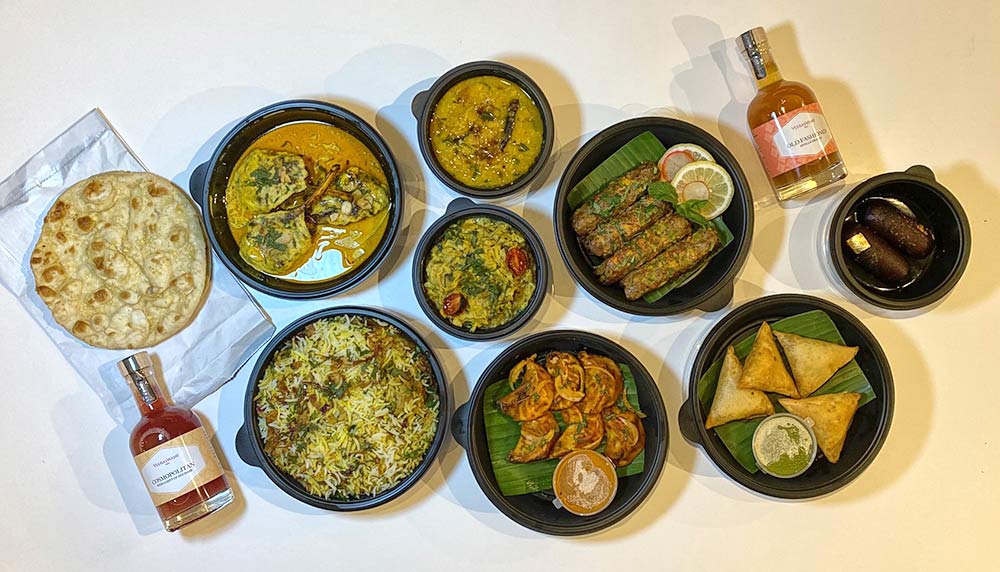 Our dinner as it came - complete with instructions for reheating anything that needed it.

So what can you tell us about Veeraswamy?

Did you know it's London's oldest Indian restaurant? It was opened way back in 1926 by Edward Palmer, the son of an English military strategist and a Mughal princess. Edward, having run an Indian food business in Hornsey since the late 1890s, opened his Piccadilly restaurant on the same day the Queen was born (both restaurant and monarch celebrate their 95th birthdays this year). Having started as a place dishing out Anglo-Indian food, the restaurant now specialises in showcasing Indian dishes from across the continent. It's also held a Michelin star since 2016.

And they're doing delivery now?

They are indeed. Their At Home menu is a condensed version of their restaurant menu with ready to eat dishes to enjoy straight away. You can go a-la-carte, or pick from a range of set feasting menus. Here's what we had: 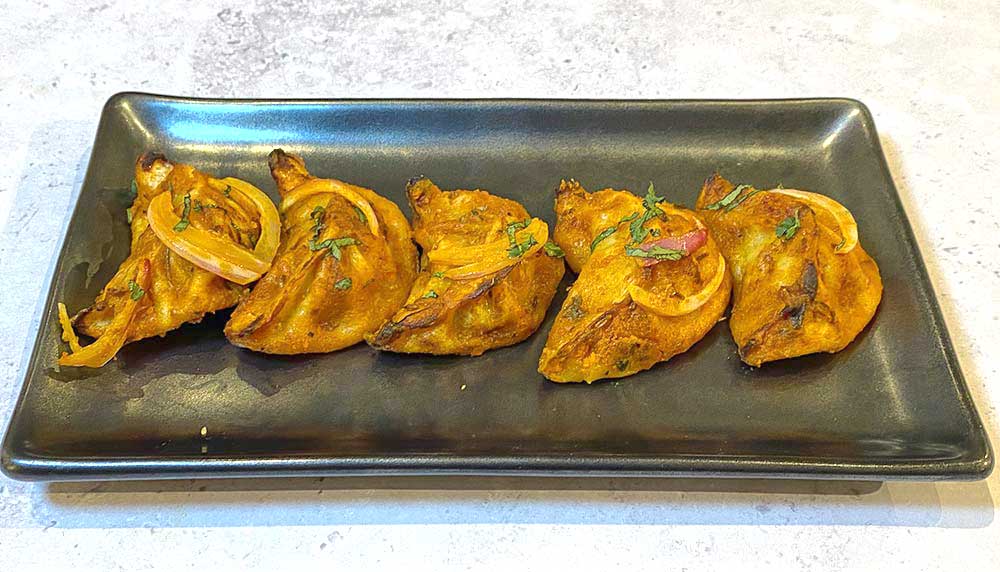 Chicken Momos (£14) - steamed Tibetan soft samosa, tomato and chilli chutney. These were so good - we could have eaten a whole plate of these alone. 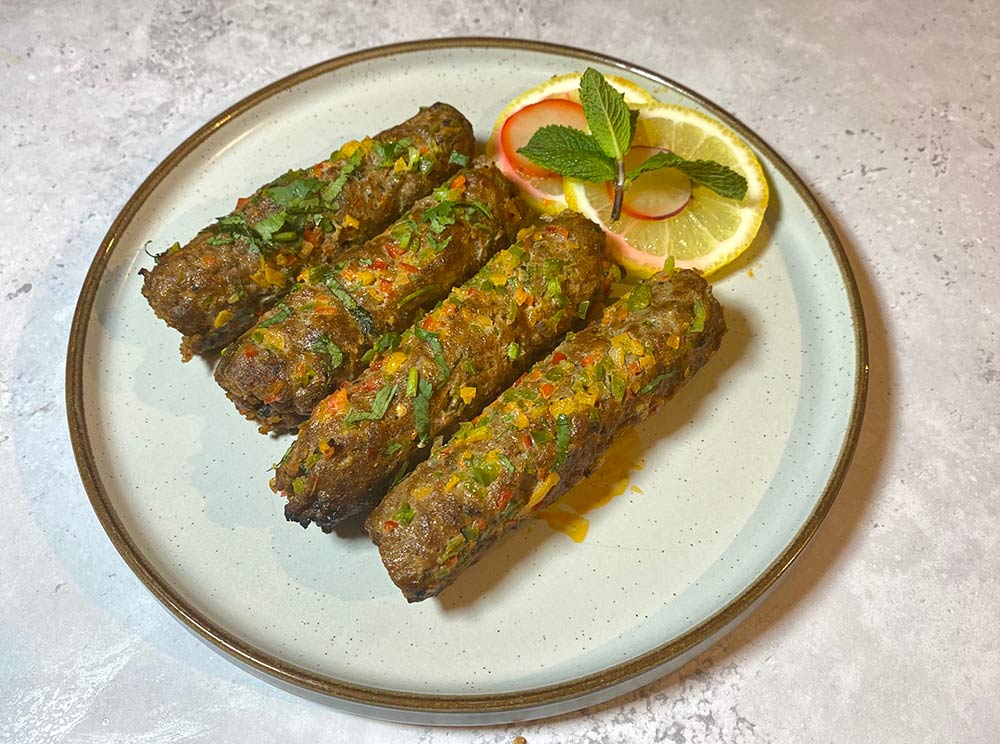 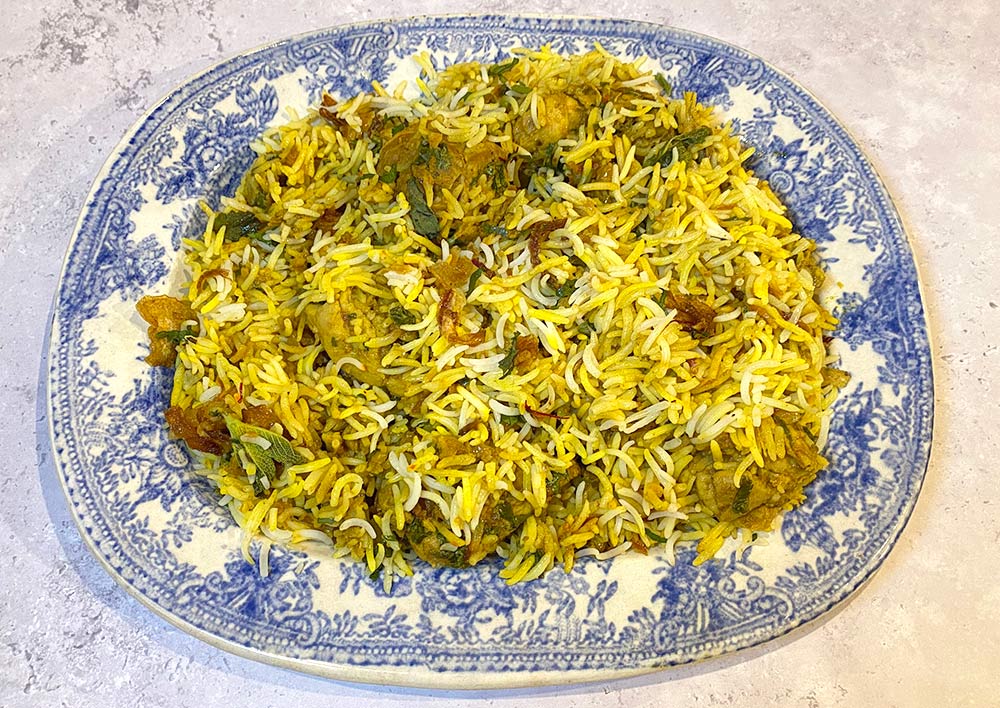 Hyderabadi Chicken Biryani (£25) - a very, very good biryani - up there with some of London's best. 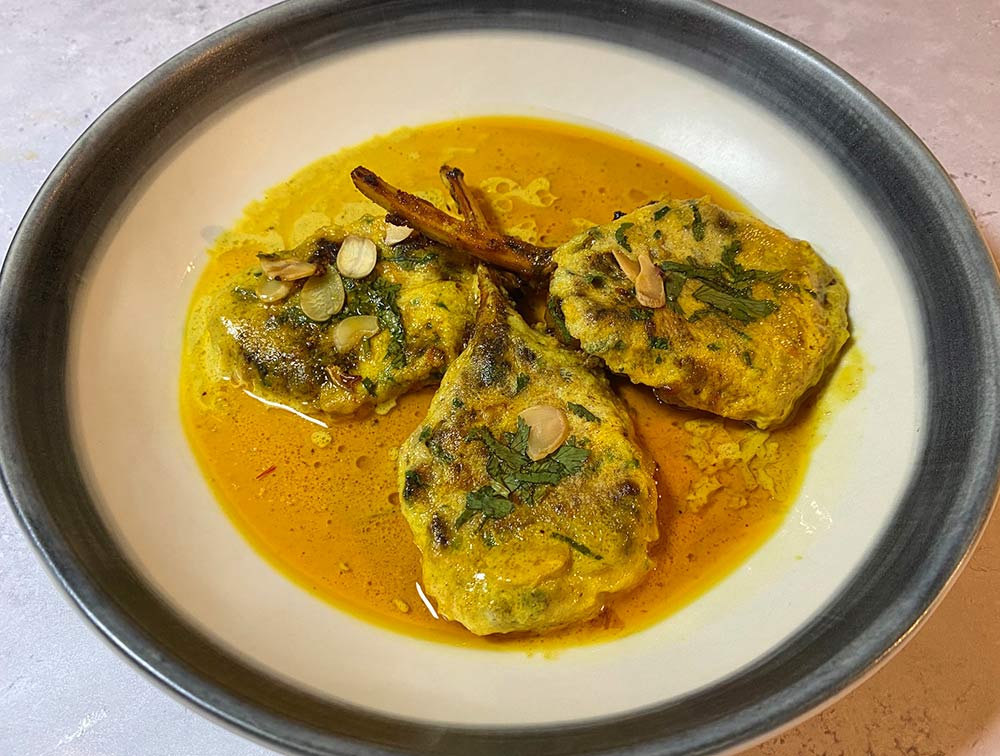 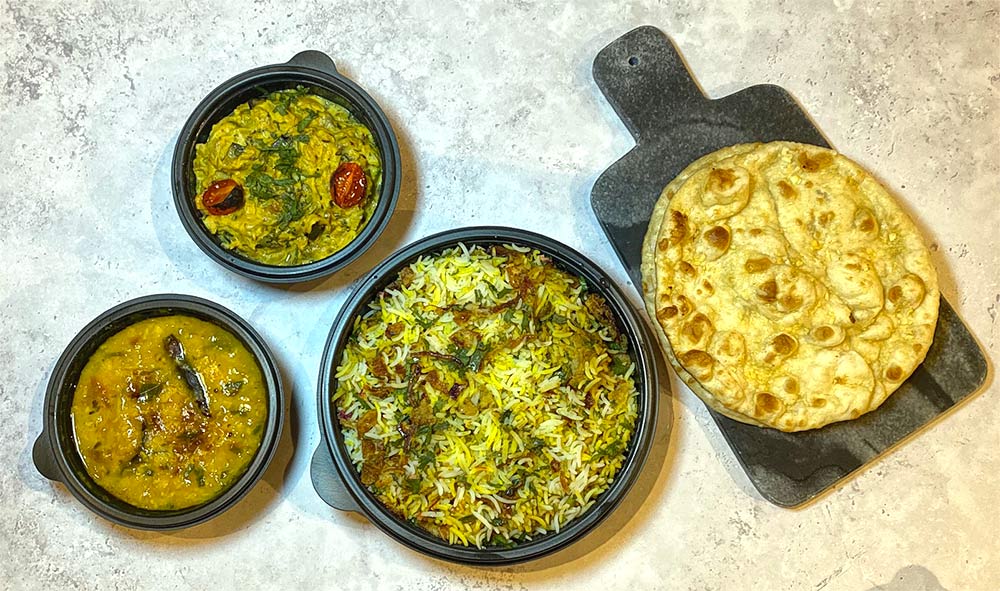 The sides - including garlic naan (£4.50 for two) - lovely chewy, bubbly naan, plus aubergine bharta (£8) - once again proving our theory that there isn't an aubergine dish out there that we don't love. Finally, there's also a mellow and delicious yellow dahl (£7)

What about vegetarians and vegans?

Those wanting a plant-based menu are well served - there's a vegetarian section to the a la carte menu as well as two vegetarian set menu options. 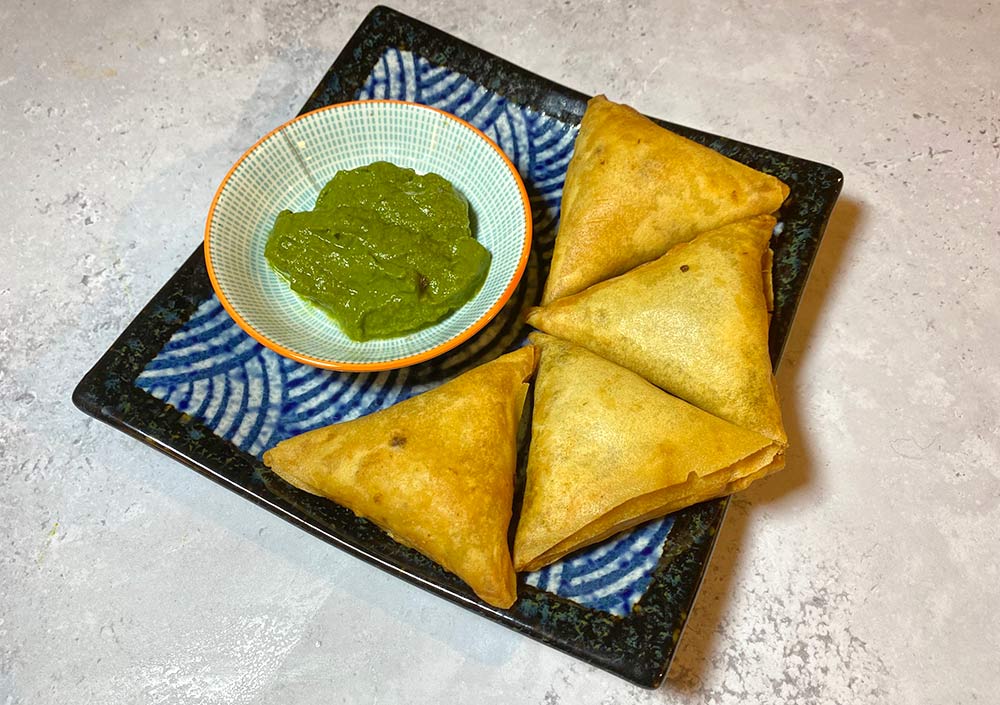 Soya Keema Bori Samosas (£14) are a brand new dish on the menu. These home-style samosas use vegan soya mince in a particularly thin pastry.

There are just two options for dessert - a Pineapple & Almond Halwa with Ginger Crumble or this: 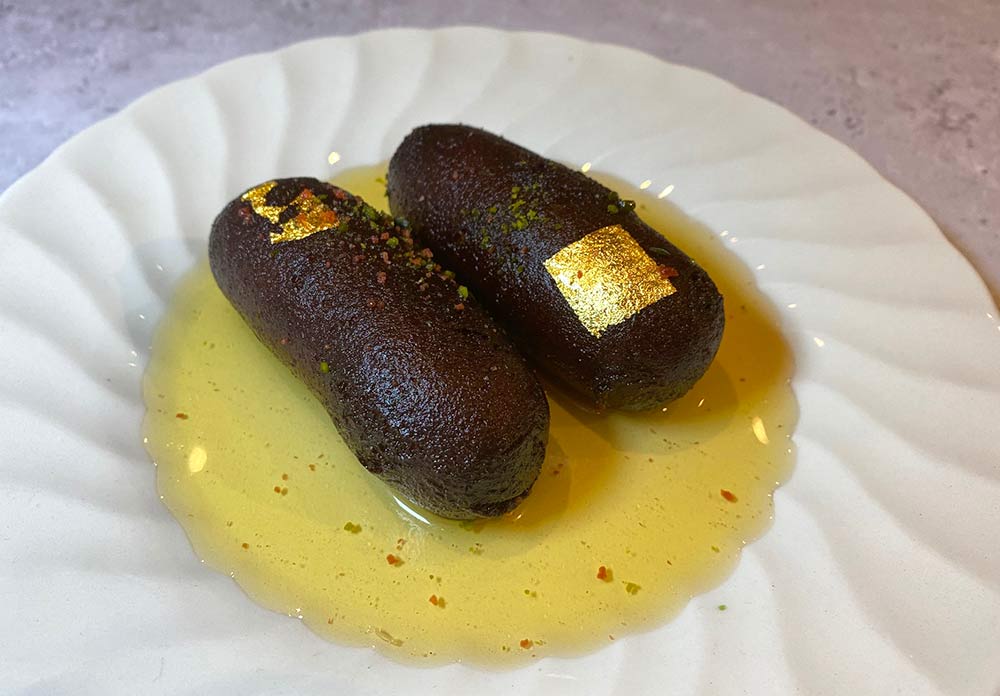 In addition to an extensive wine list, the restaurant also sends out bottled cocktails. 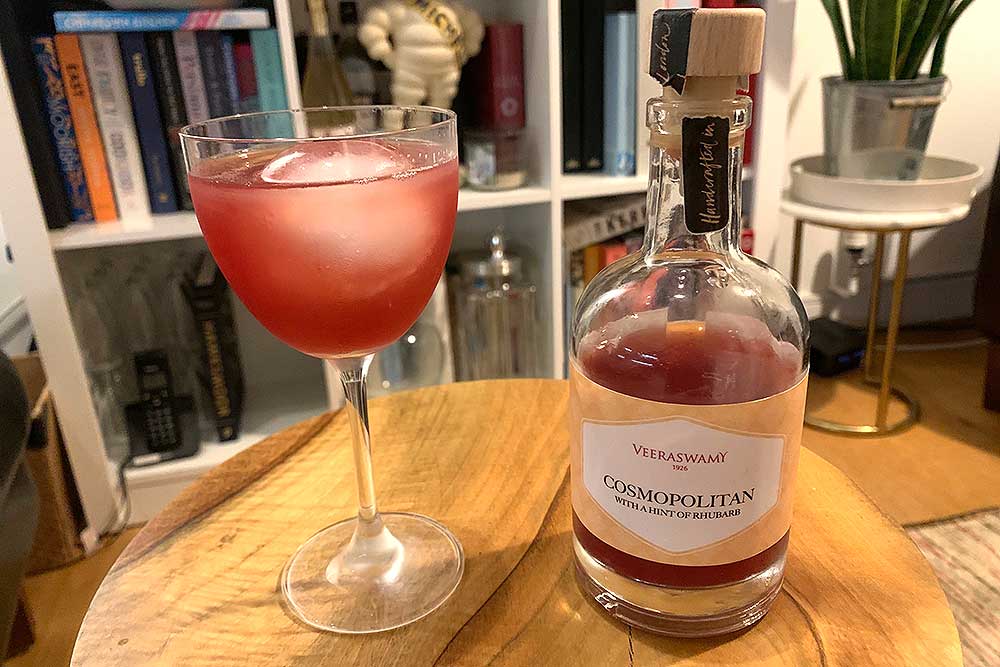 Each botted cocktail serves two to three and we really liked both our Cosmopolitan with rhubarb (£32) and the Seville orange old fashioned (£40).

It's been a really long time since we were last physically in Veeraswamy (and the restaurant's taken advantage of lockdown to have a refresh of its interiors). But on the strength of this superlative delivery meal, we'll have to go back and try it sooner rather than later.

Hot Dinners were sent this as a gift from Veeraswamy. Prices correct at the time of publication.

Where is it? Victory House, 99 Regent Street, London W1B 4RS

How to order: order online via Supper or on Deliveroo.