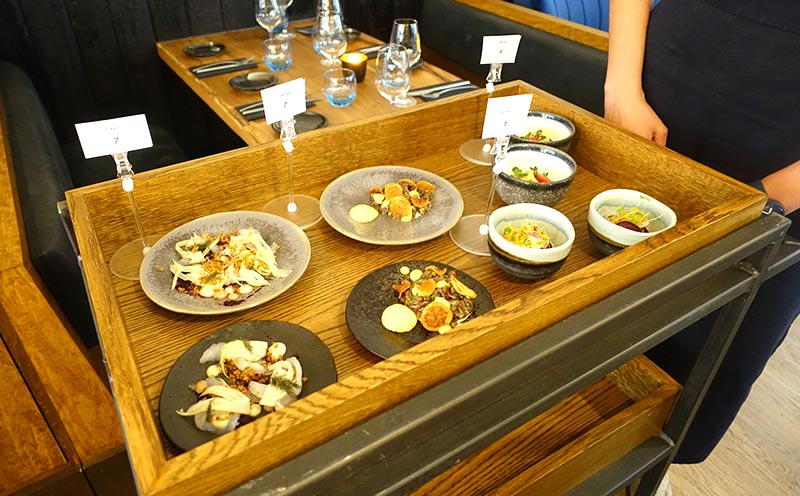 The trolley of wonder at Magpie

So what do we need to know about Magpie?

It's the long-awaited follow up restaurant from James Ramsden and Sam Herlihy, the team behind the much-loved Pidgin in Hackney. Originally expected to open last year, the doors have finally opened on the central London location.

Tucked away behind Regent Street on Heddon Street. It's about the least likely place you'd expect to find a restaurant like Magpie, making it very welcome in this part of town, particularly if East London is a bit of trek for you. For the nearest tube - choose between Oxford Circus or Piccadilly Circus.

We heard there were trolleys involved...

Yes, the much-vaunted idea for Magpie was that food (and drink) would be wheeled around the restaurant in the same way you'd find in a dim sum restaurant, but instead of dumpings there'd be all manner of interesting British small plates on offer.

While there is a full menu which you can peruse if you want, that's really missing the main fun of the place. So here's the gist...

You're given a truncated menu of specials from the kitchen and the rest of the food is paraded past your table either by trolley (cold) or on a tray (hot). Each dish looks like it's numbered but we're a bit slow, so it took us a while to work out those were was the prices (see the pic at the top of the page). You take a good look, pick what you fancy and the food is totted up (Bao style) on a chit on your table. 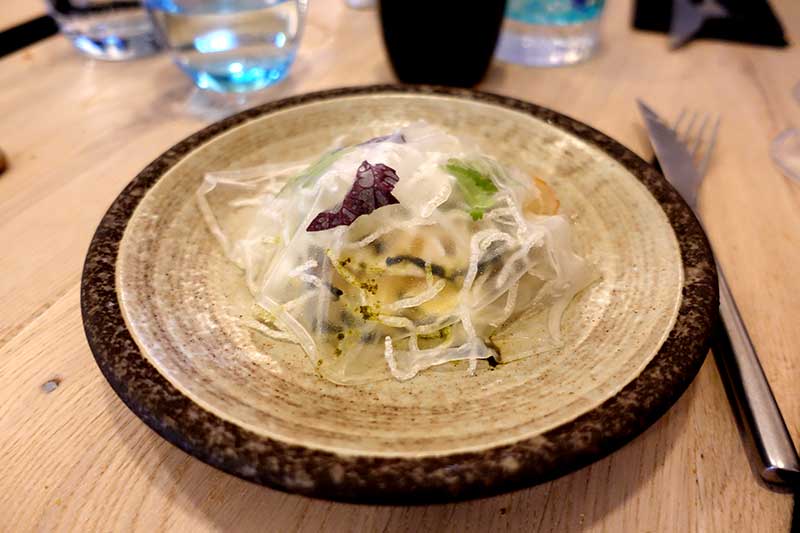 The rice paper and truffles dish

It's a bit of a genius notion, particularly if the restaurant manages to pack the tables with folk like us whose eyes are bigger than their stomachs. As our waitress explained, menu descriptions alone (particularly if written in the sparing prose that's de rigueur at the moment) often doesn't do as much to sell a dish as wafting it past you.

Who knew that a dish described as "Rice paper, summer squash, smoked onions, pickles, burnt kale dressing, puffed noodles, asian herbs, truffle" could be a riot of texture and flavour if they hadn't wondered what on earth it was when it came past on a tray? 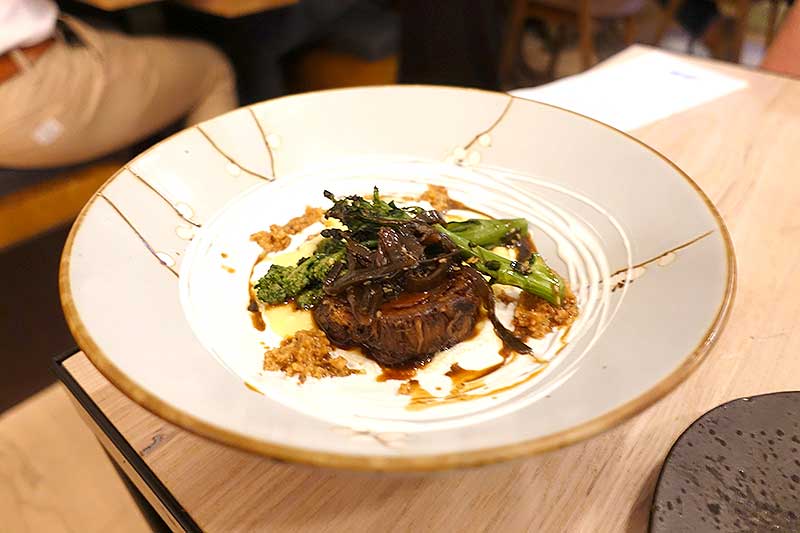 Dishes when we visited varied in price from £4-£10 for the trolley/trays and £12-£30 for the daily specials. I'm not sure how much it helps to tell you what we liked when it's bound to have changed since then, but if the tartare with taleggio and truffle crisps is on, make sure you order it. Likewise with the prawn toasts. And the aforementioned rice paper, of course. Oh and the lamb neck special (£17) was wonderful too. You get the idea.

Make sure you leave some room for desserts too - the chocolate one we had with sorrel gelato and chartreuse cheesecake was just as delicate as our waitress promised.

There's a trolley for this too (although, sadly, it wasn't up and running when we visited). So you can pick from a range of pre-mixed cocktails developed by General Manager Ajax Kentish - just shake and serve yourself. If you'd prefer, there's also a shortlist of cocktails the bar will make up for you too.

Wines are decently priced - a 250ml pot of the house Fruiliano is just £8 -and there's plenty of choice on tap or by bottle. 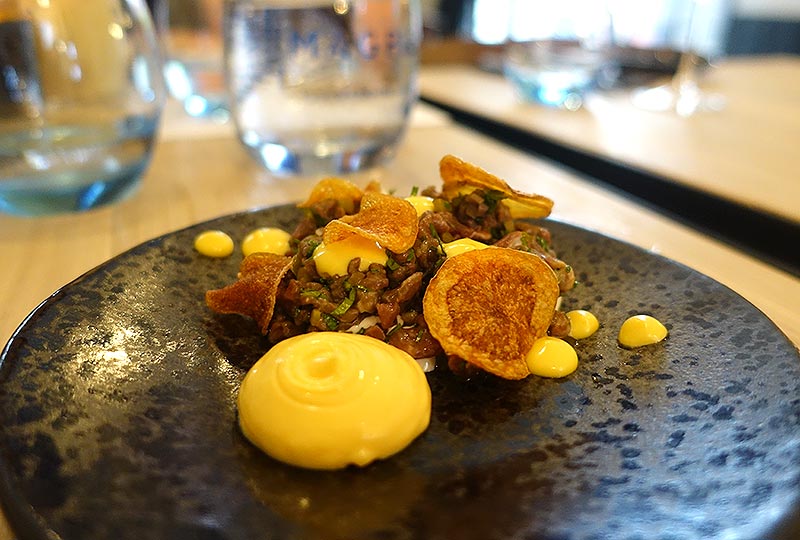 Tartare with taleggio and truffle crisps

It would take a total grinch not to be swept along by Magpie. Sure, the trolley/tray idea is pretty high-concept for British food (unless we're talking roasts at Simpsons or the crepes suzette at the Ritz) but when it's food of this quality served up with such joie de vivre who cares?

We visited on their second day of full service and it was already humming along. We're sure by now any kinks, little as they were - which alone was impressive for such a complex operation - will have been ironed out. An absolute must-book.

Hot Dinners were invited to Magpie. Prices are correct at the time of writing.