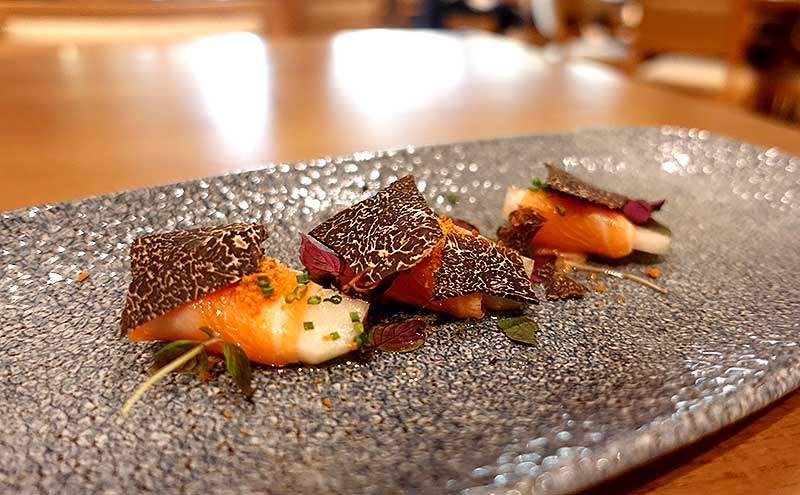 So what do we need to know about Nobu Shoreditch?

This is the third Nobu to open in London, twenty years after the original on Old Park Lane (with another on Berkeley Street). Set up by chef Nobu Matsuhisa (with a little help from Robert DeNiro) both of the previous London Nobu restaurants have been celebrity magnets and Mayfair stalwarts. So opening in Shoreditch is a very big change for them, as is opening their first Nobu Hotel in London.

In the basement of the new Nobu Hotel just off Great Eastern Street in Shoreditch. It's quite an extraordinary, tardis-like building that's much bigger on the inside than it looks from the street. We had a look throughout the hotel and got a sneak peek at one of the rooms. There's a swivelling TV in the room that's VERY impressive. 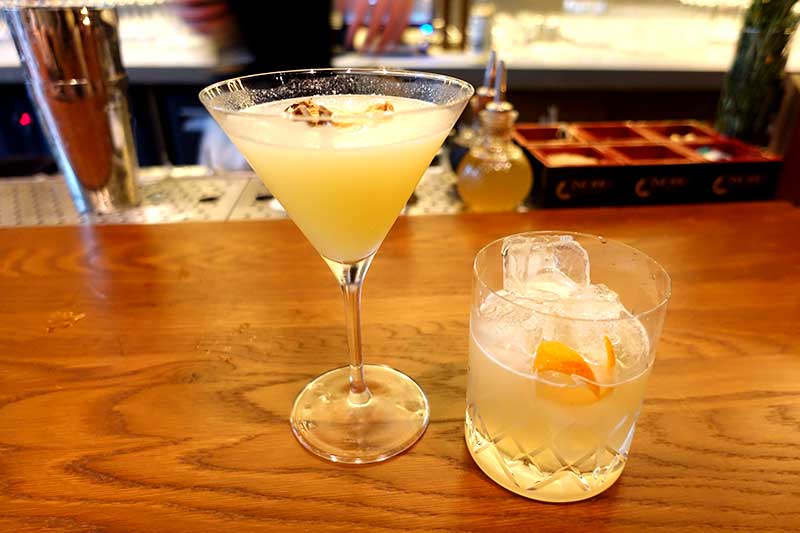 Why not do, as we did, and head for Scout - the new bar by Matt Whiley on Great Eastern Street. We had two amazing cocktails here - the Hay and the Fig which featured fermented gorse flowers and popcorn shoot among other seasonal and foraged ingredients.

After this, it was hard for the bar at Nobu to hit the same heights but we had a pretty decent Pina Martini (£11) and Yamzaki Sidecar (£12). The thing to note with the bar at Nobu Shoreditch is not only is it huge, but it also has one of the biggest new outside terraces we've seen in London for a while with four levels to it. When the weather calms down for a moment, it'll be an oasis in Shoreditch.

The restaurant here is in three parts. There's a main dining room looking directly into the open kitchen. Here the best tables looked to be the banquettes and we also rather fancied the counter dining up at the pass. There's another dining room off to the left - and we have to admit that this really didn't look quite as much fun - and there's also a private dining room.

All in all, there's space for 240 diners and on a wet Tuesday evening, it was completely full which is some feat when prices are this punchy. 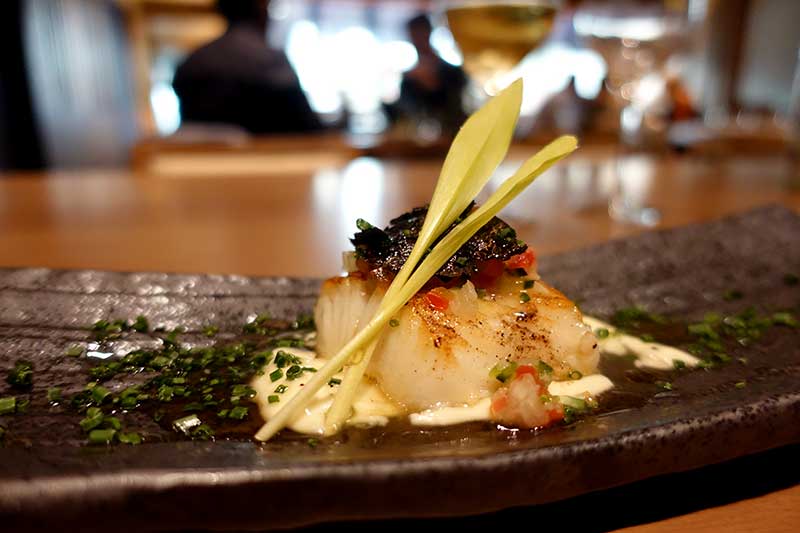 At this point we have to make a confession - we've never actually been to a Nobu restaurant before. So while we know that there's a lot on the menu here that Nobu fans would recognise from their many other restaurants, we can't tell you what the classics actually are. Although even we know about Nobu's famous black cod. That, assuredly, is here too. At £42 it's the third most expensive thing on the menu after the wagyu and rib eye steaks.

We had the chef knock up an omakase menu for us to give us a flavour of what they're serving up and to try some of the Shoreditch specials that you can only try here.

Of that, dishes we particularly enjoyed were 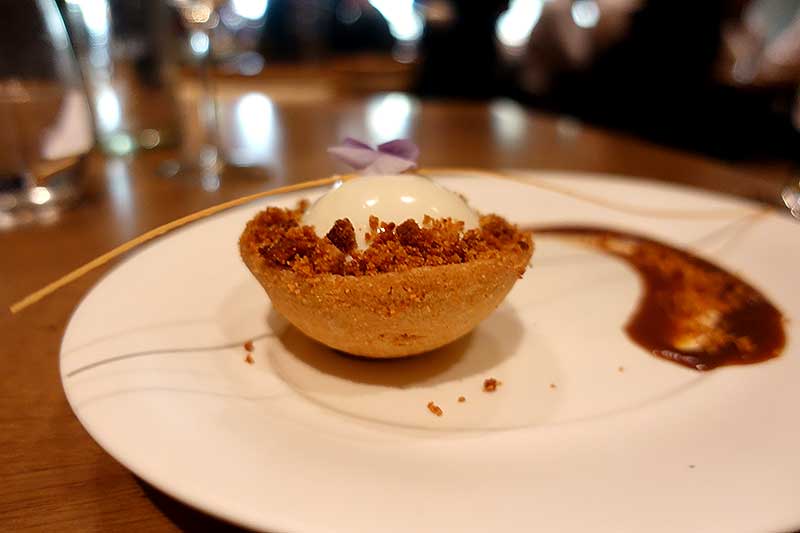 Clearly anywhere that can pack out a huge dining room on a Tuesday night doesn't really need our approval - Nobu Shoreditch is doing just fine on its own. As our first experience of the brand we can see why it's so popular, there's a real energy to the place and the sushi and fish dishes really were very good. If you stick to those you'll have a fine old time - just try and make sure someone else is paying the bill.

Find out more: Read our piece on the Nobu hotel opening

Hot Dinners were invited to Nobu Shoreditch. Prices are correct at the time of writing. Nobu's omakase menu is designed by the chef based on your preferences, allergy and dietary requirements. The basic omakase is £85 and premium £110.