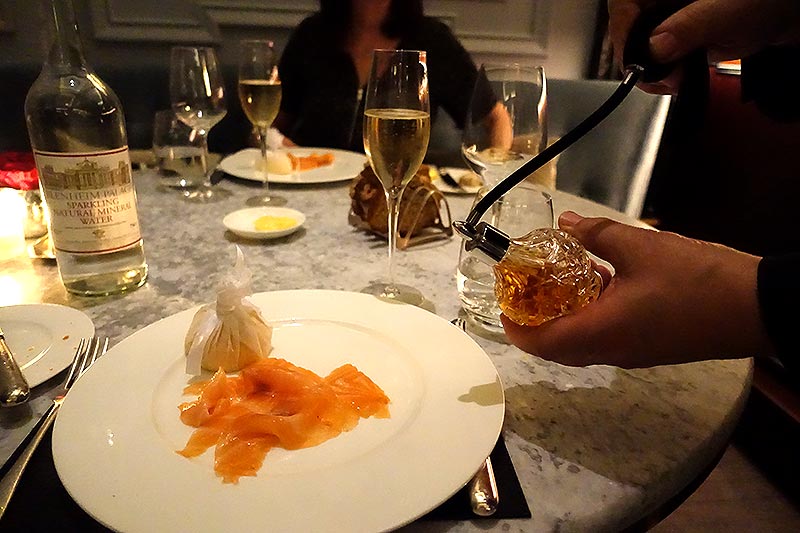 Let's just add a spray of Balvenie whisky to that, shall we?

So what do we need to know about The Game Bird?

Well, it's a new restaurant at an old hotel. Executive Chef James Durrant comes here via Royal Hospital Road, Claridge’s, and Maze - oh and you may have spotted him behind one of the winning dishes on the Great British Menu a few years back.

The Stafford may only have been a hotel for the past 100 years or so, but the buildings it inhabits date back to the 17th century. They're tucked away in the kind of lovely London street that must send tourists into paroxysms of joy, around the corner from Spencer House and just beside Green Park. We've lived in London for forever and a day and we'd never been down here. 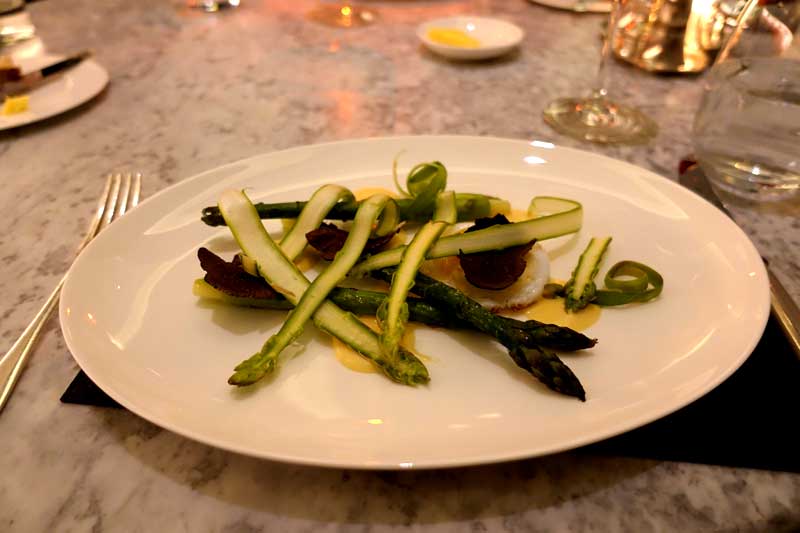 Our first asparagus of the season.

So where should we meet friends for a drink first?

Well you could do worse than the hotel's own American bar, stuffed with US memorabilia and possessing of a large terrace. To be honest, we had no idea it was here - only discovering afterward, via Google, that we'd missed out on a total gem, apparently. Don't make our mistake.

Alternatively a world class martini from nearby Dukes is also worth planning in.

We reckon we had one of the better tables, to the left of the bar as you look into the dining room. It's a little tucked away though so if you'd rather be in the swing of things, pick a table in the heart of the dining room. 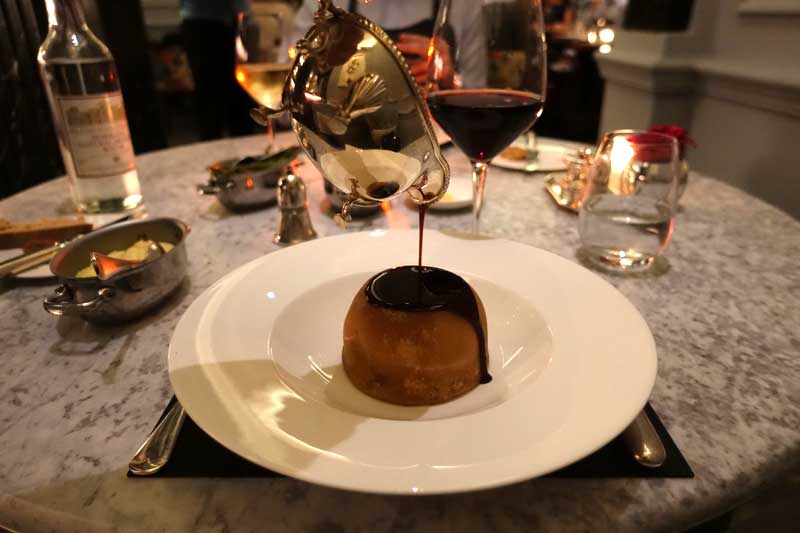 All the gravy please - the beef and ale suet pudding

And the food - ultra British, right?

I should cocoa. Yes this is a menu designed to delight visitors, but we loved it too - it's pretty hard not to find plenty hear you'd want to try, from the shellfish to the pies, puddings and stews section.

But once we spotted the smoked and cured fish section with the magic words 'served from the trolley' there wasn't any contest. Maitre d' Luca wheels it round, offering you a range of smoked salmons (there's also trout and smoked eel too) - served as caviar would be, with egg yolk and egg white, caper and sour cream. We both had the rather fine Balvenie cure - to which a puff of Balvenie was added as extra theatre (£18). 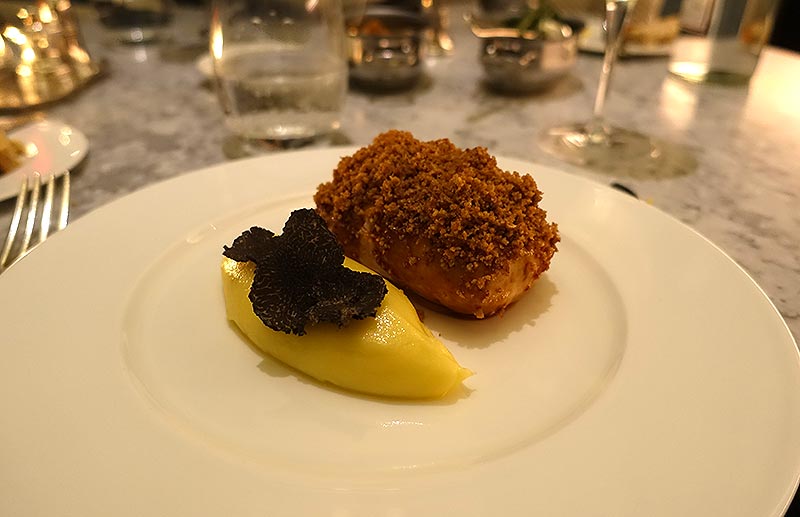 The Chicken Kiev before diving in...

On the mains front there's obviously the titular gamebird you could have - roast pigeon - but we'd heard great things about both the chicken kiev and suet pudding. The Norfolk Black chicken kiev (£29) comes so stuffed with truffle butter that you're armed with a specially-designed leather bib to prevent your clothes being spatter. But it's got a serious contender for best main in the wonderful steak and ale steamed suet pudding (£22) which may have been one of the best of that kind we'd ever tasted.

Puddings are rich, but light, which is what you need. An exemplary Lyle's golden syrup pudding came with loads of custard (£9) but the piece de resistance was clearly the pistachio souffle, which we understand even the master Pierre Koffmann has tried and rated. 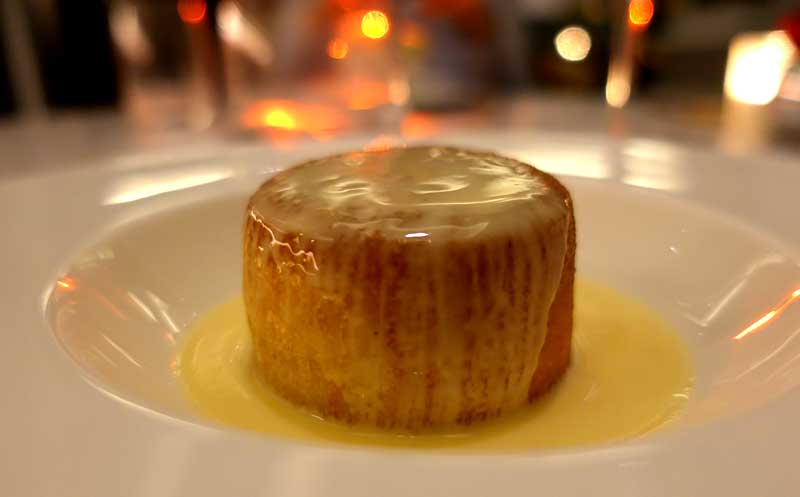 Well here's one of the real joys of The Stafford. We'd come back here purely to be ministered to once again by the restaurant's master sommelier Gino who's worked here for a scant 42 years. Let him guide you through the restaurant list, but if you're having anything meaty, maybe swing by the Brunello dei Montalcino. We had a glass of that (£19.50 for a generous serving) and it went down very well.

Come here to enjoy the so-very-British food (and it really IS good) but stay to be wooed by the wonderful Gino. And make a note of it as somewhere to take the parents or grandparents the next time they're in town - it's a cast-iron winner.

What: The Game Bird at The Stafford London

Hot Dinners were guests of The Gamebird. Prices correct at time of publication.