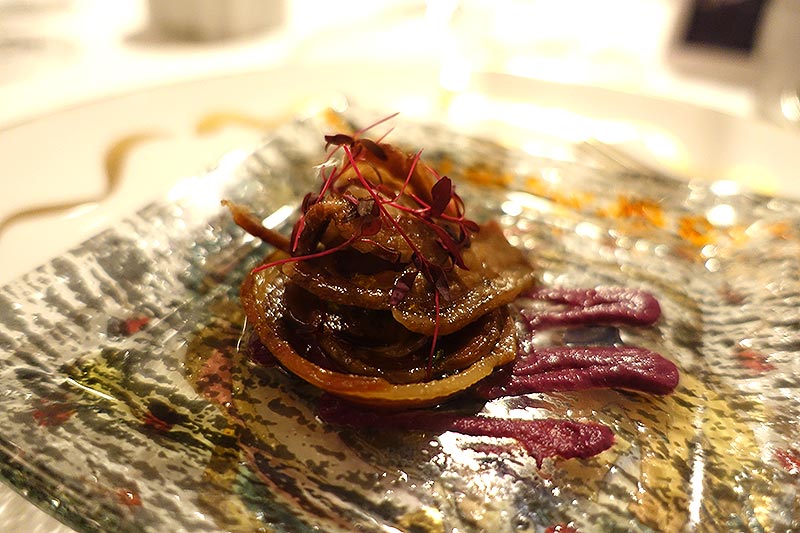 So what do we need to know about Le Gavroche?

The restaurant itself celebrated its 50th birthday in 2017 and was opened in 1967 by Michel and Albert Roux. It was the first restaurant in the UK to be awarded a Michelin star (and the first to get two and then three). Back in the day this was the place where the Rolling Stones were just as likely to be your fellow diners as Princess Margaret. Michel Roux Jnr took on the mantle of Chef Patron in 1991.

It's now on Upper Brook Street although it was previously at 61 Lower Sloane Street until 1981. It's less than a five-minute walk from Marble Arch station. There's a small, clubby ground floor bar but the main restaurant and private dining room is downstairs. 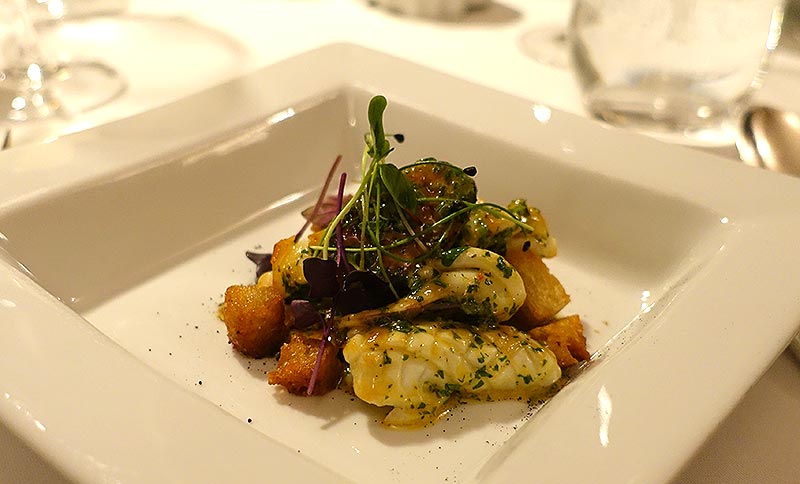 Calamari with chorizo and croutons

So if it's been around so long, why are you only visiting it now?

Le Gavroche has been one of those restaurants we always planned on getting around to trying, but never actually managed to. And actually getting a table here is still bloody hard. But when we planned to update our popular guide to the best set lunch deals in London, we decided that there was no better time to try out the city's most famous set lunch deal.

What exactly is the deal?

For £69, inclusive of service, from Tuesday to Friday, you get a three-course lunch - with three choices in every course - plus half a bottle of wine from a shortlist, half a bottle of water plus coffee and petit fours. 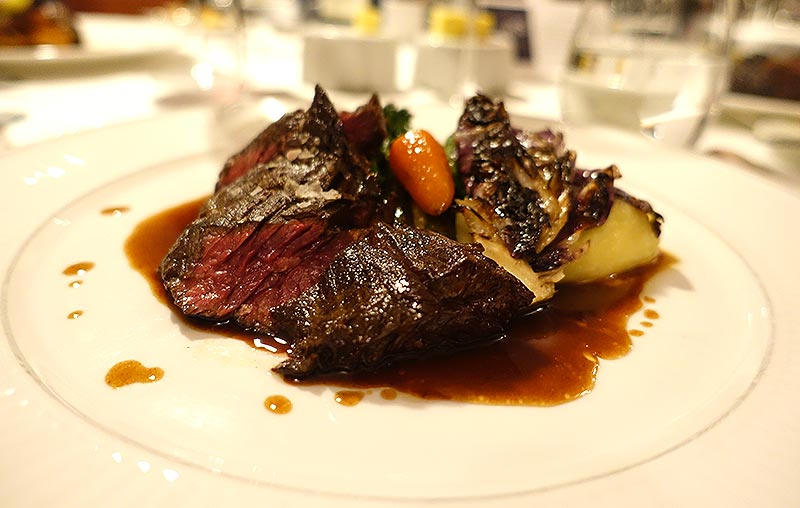 Is it a dress up kind of place?

Absolutely. Although they say the dress code is smart and that "jackets and ties are optional and we do not permit any t-shirts or sportswear". When we visited, there wasn't a single man there without a jacket on.

High-end French - it's actually been a while since we had a menu presented to us without an English translation. While we put the best of our O-level French to good use, the lovely Assistant GM Ursula smoothly translated it all for us when she came to take our order. To be fair it could have been her identical twin sister Silvia, who also works here. The pair have been part of Le Gavroche's team for 16 years.

After kicking off with some pumpkin arancini and celeriac remoulade with bresaola canapes the three of us tried most of the menu. Obviously, it changes all the time, but to give you an idea of what type of dishes might be on the menu, our standouts were:

And while there are two desserts to choose from, frankly you'd be a nutcase to miss out on one of London's best cheese platters. Most restaurants charge extra for the cheese course if it's on the set menu, but not here. 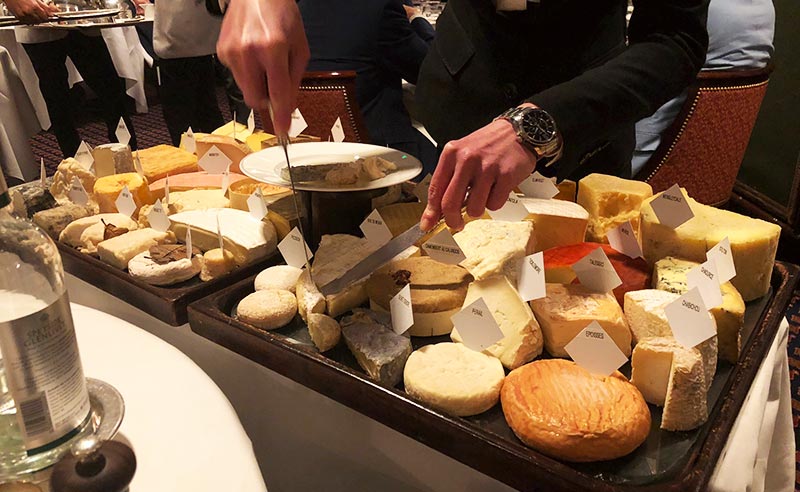 There were four to choose from - two white and two red. Because there were three of us this worked out as a glass of Burgundy each to start and then a bottle of 2012 Cote de Bordeaux for the rest of the meal. Both were very good and it was nice to try something we perhaps wouldn't normally go for.

If you're weary of small plates and dishes that come out at the convenience of the kitchen, then book yourself in for several hours of top-notch, old-school cosseting from the team at Le Gavroche.

Yes, it would be an excellent place to take your parents (and we're actually planning a return visit with Hot Dinners Snr soon) but it's also a total treat for anyone who loves good food and great service. We think it's still the best set lunch deal in London by a country mile.

Hot Dinners were invited to Le Gavroche. Prices are correct at the time of writing.

Where is it? 43 Upper Brook Street, London W1K 7QR

How to book: Bookings open three months in advance. The set lunch is only available Wednesday to Friday. Call the restaurant on 020 7408 0881.