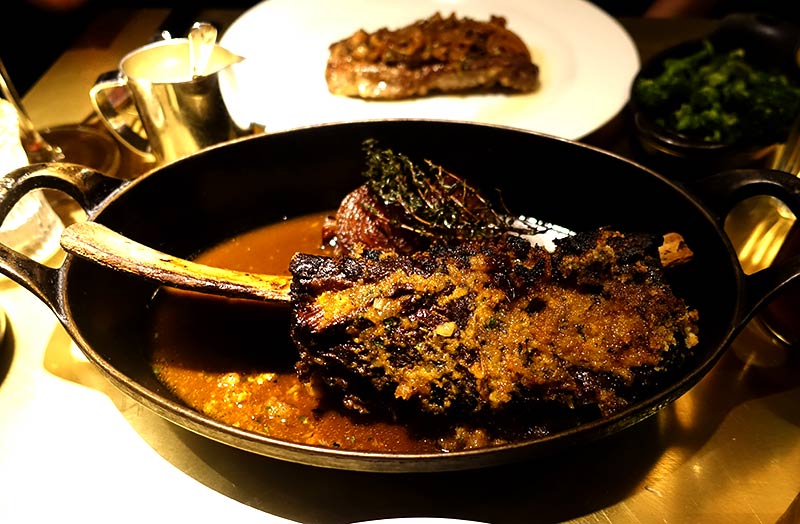 So what's changed at Hawksmoor?

The original Hawksmoor, the restaurant that Will and Huw set up over ten years ago in Spitalfields underwent something of an overhaul in January. Now it's open again, and they've brought some new dishes to the menu. For those of you still unfamiliar with Hawksmoor (I mean, where have you been?) it's essentially paradise for steak (and meat) lovers.

Remind us, where exactly is the original Hawksmoor?

It's on the top end of Commercial Street, about a two minute walk from Shoreditch High Street station. 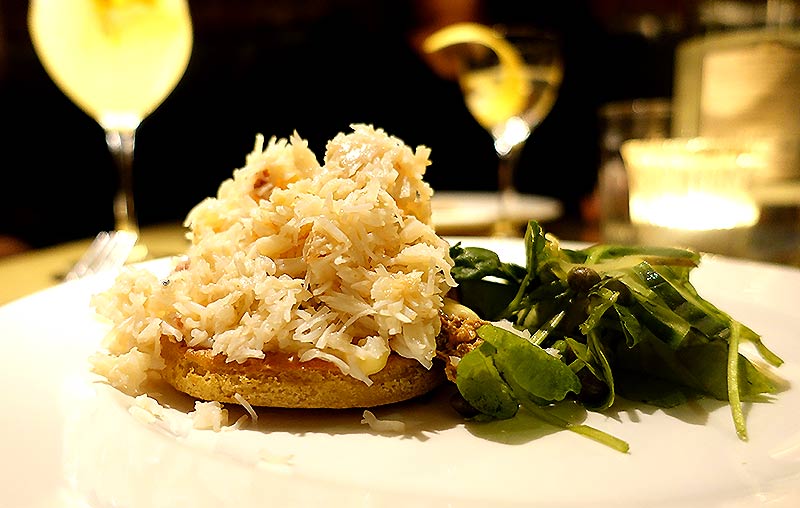 There's either the bar downstairs (and it's well worth popping in here after your meal regardless) and there are also some bar stools in the main restaurant if you arrive early. Hawksmoor are almost as well known for their cocktails as their steaks, so you'll definitely want to take some time to wander through the menu. This time we opted for a perfectly made martini and the slightly more unsubtle Tropical Cobbler (Mango Cocchi, Pineapple, Orange, Maraschino, Lemon - £10). You could happily work your way through this list. You should also treat yourself to a few Shaky Pete Ginger Brews (£10 each) too. Although walking might be a chore afterwards.

If you're not heading to the bar, then we'd say the best bar (relatively) nearby is Matt Whiley's Scout. A five-minute walk up Great Eastern Street will lead you to some of the best cocktails in town.

We've actually eaten in all the Hawksmoors except for this one (although we've been in a downstairs bar quite a few times) so we've been taken through the changes. But essentially, the layout is all that's stayed the same. The parquet flooring is completely "new" (it comes from an old sanatorium) as is the brass-topped bar, lights, dark green banquette seating and some lovely new stained glass windows on the front. So if you're a regular, prepare for a big change. 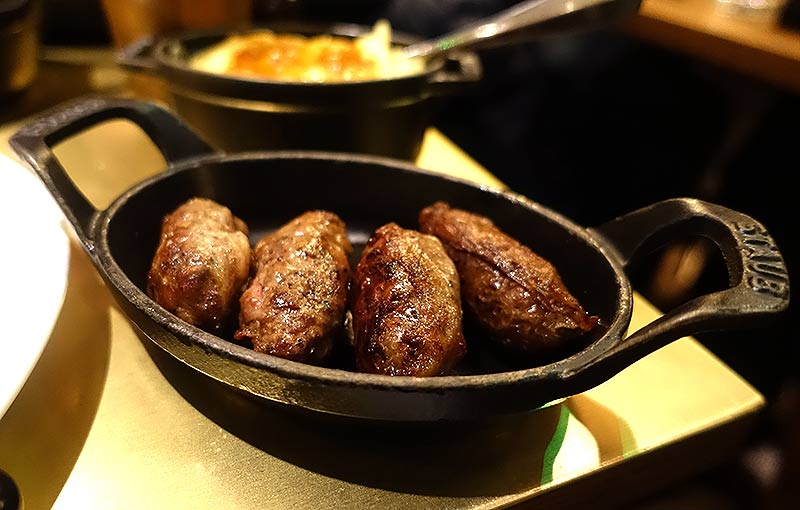 And what's new on the menu?

Kicking off with the starters, there's the Salcombe crab and crumpet (£12.75) which is piled high with ALL the crab. A perfect fresh start before the meat-fest to follow.

Taking a leaf out of Foxlow (also run by the same people), there's now a 12-hour short rib on the menu (£6.50 per 100g), slow cooked with claret, bone marrow and roscoff onions. And we'd heartily recommend ordering the roasted bone marrow and mixing it up with that. Frankly, we can never have enough of the stuff and it works VERY well.

Talking of bone marrow, there's a new side on the menu - steak and bone marrow sausages (£4.50). These were excellent, you'll want to order them. Ignore anyone on the table who thinks you've already ordered quite enough meat.

And finally, there is the chicken fried fillet steak with bone marrow and onions (£28). We have to admit, we did wonder if that meant it was fried in chicken-fat- but the name refers to the cooking technique. So it's butterflied, floured, fried in beef dripping, topped with bone marrow and crispy onions.  Yes, you could say it's pretty damned good. 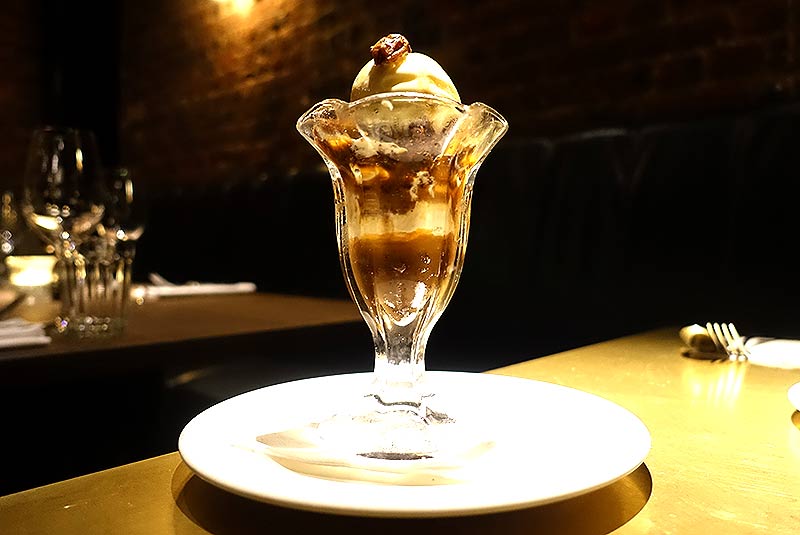 But still plenty of steak, yes?

Absolutely, you'll still be able to get your fill of porterhouse, Chateaubriand, prime rib, rib-eye and more. As ever with Hawksmoor, take a look at the blackboard when you sit down and if your favourite cut is getting scarce, put in an early order.

But do leave room for dessert, the sticky toffee sundae (£7) was wonderful, as was the goat's milk pannacotta with blood oranges. And you deserve those salted caramel Rolos too (called Rolos again - "Tributes" no more).

Like many of our readers, we're longstanding fans of everything that Hawksmoor does. This, their original temple to everyone who loves their meat, is still serving crackingly good food. The revamped restaurant and excellent new dishes show there's life in the old place and will be for some time yet.

Hot Dinners were invited to Hawksmoor. Prices are correct at the time of writing.