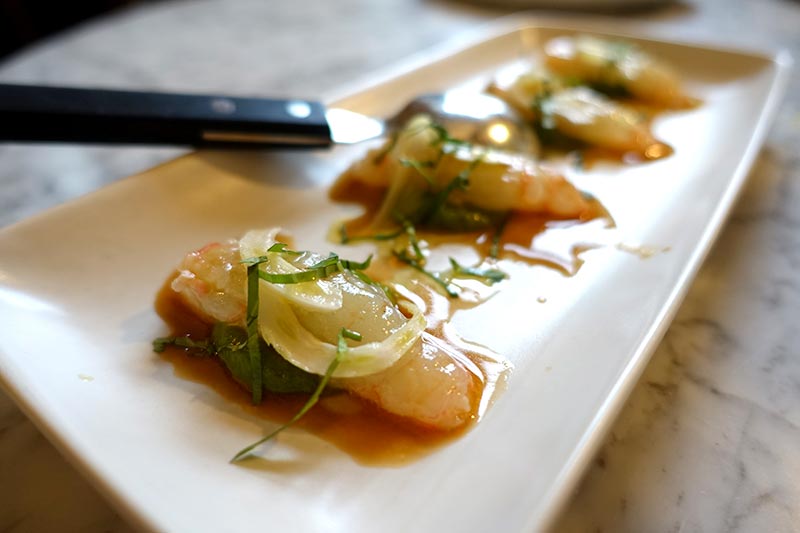 So what do we need to know about The Ninth

It's the first venture by Jun Tanaka where he's fully in charge. Tanaka has been plying his trade in London for years - a long time as Head Chef of Pearl (where the Rosewood now is) and more recently as one-half of the partnership behind Street Kitchen. The name refers to this being the ninth restaurant he's worked at.

On the section of Charlotte Street between Goodge Street and Windmill Street - nearest tubes are Goodge Street or Tottenham Court Road.

The bar at the Charlotte Street Hotel is just across the road, for beers there's the Draft House on the corner of Charlotte Street and Goodge Street or you could pop in for a glass of vino at Vagabond Wines. 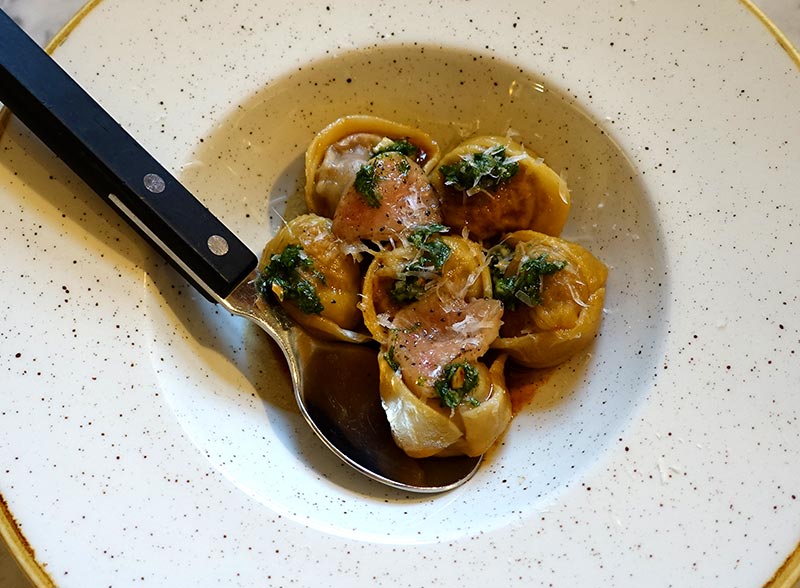 On a Tuesday night, this was probably the most varied crowd we'd seen in a London restaurant for a while, ranging in age from hip young things to those rather longer in the tooth. And it was all the better for it.

Downstairs is probably best for more noise and buzz - might be a good place for a first date - while the airier upstairs dining room is great for groups who want to more easily hear what their dining companion are saying.

They describe their food as "French Mediterranean-style dishes, all made for sharing". The menu's divided into snacks, salads, hot starters, raw and cured - all of which we'd say were standard sharing or tapas style in size and then Meat and Fish - which were bigger and could be considered 'mains' with the vegetable dishes for sides. 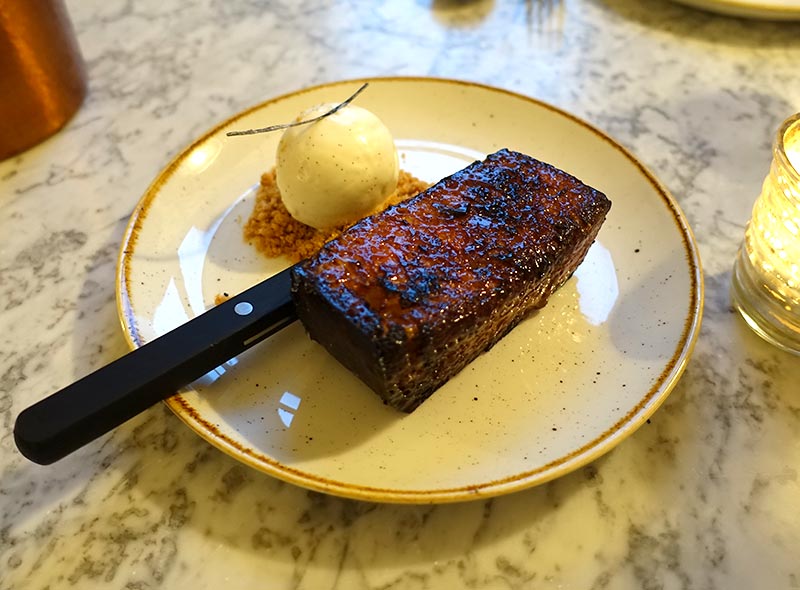 What should we have?

We will not be the first to tell you to have the oxtail croquettes (£2.50 each) which are ruddy marvellous (they've already been roundly praised by both Grace Dent and Jay Rayner). And the freshly baked pitta with oregano and sea salt is a must-have marvel of puffed up dough for £3.50.

What you should do is roam as much as you can through all the sections. This is where coming as a group would help - and make sure none of your friends is a Joey Tribbiani who doesn't share food.

Days later, we're still thinking about how great the bowl of ossobuco tortelloni topped with wobbly slices of bone marrow (£9.50) was. The langoustine carpaccio with shellfish vinaigrette (£14) was our favourite raw shellfish dish since we tried them still twitching Noma-style at Dock Kitchen.

Make sure you have room for desserts. We've seen a lot of pics on Instagram of the other great dishes in this section, but we're not sure how the brick of pain perdu served up with vanilla ice cream (£7) could have been bettered.

Our cocktails - The Ninth and a Margarita (both £9.50) were diligently made, but lacked the wow of the food. Wine starts at a very reasonable £6.50 for a proper 175ml glass and the list includes a range of fine wines by the glass from bottles that would cost between £90 and £185 if you were going to have the whole thing. Our Macon-Loche, Domaine Clos des Rocs, Burgundy was gorgeous and not too push-the-boat-out at £43.

Six months in, Tanaka's Fitzrovia restaurant is really hitting its stride. We had one of our best London meals of 2016 here and we think you'll love it too.

The Ninth is at 22 Charlotte St, London W1T 2NB See what the critics thought of The Ninth.

Hot Dinners were invited to The Ninth. Prices are correct at the time of writing.