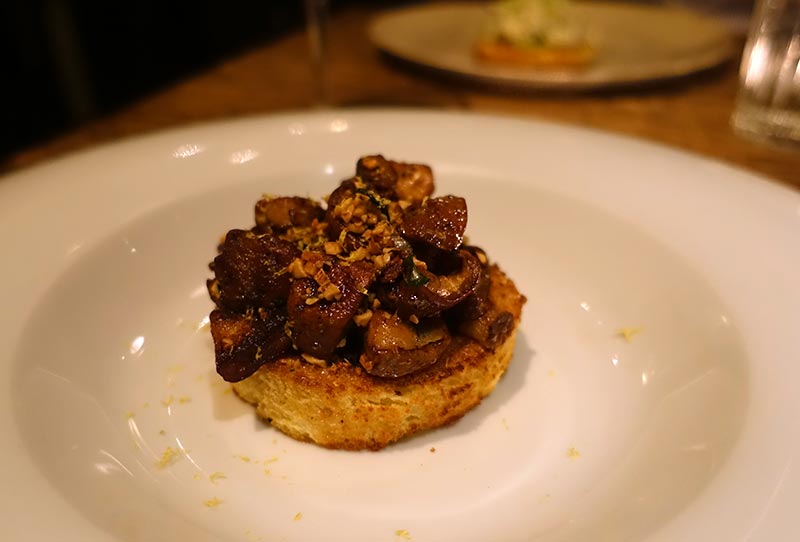 So why the return to Little Social?

When it first opened, Little Social was initially seen as the younger sibling to Jason Atherton's Michelin Starred Pollen Street Social, being just across the road from the former. But, as with all of Atherton's restaurants so far, it really is its own thing. LIttle Social is much more akin to a French brasserie - and it's the tiniest of the Social restaurants so far.

They've just had a revamp of the menu, so it was time to go back.

It's a much more compact restaurant than any of the others in the Social group, but we think that's part of its charm. Its diminutive size leads to a buzzy restaurant that's still packing them in on a weekday night. 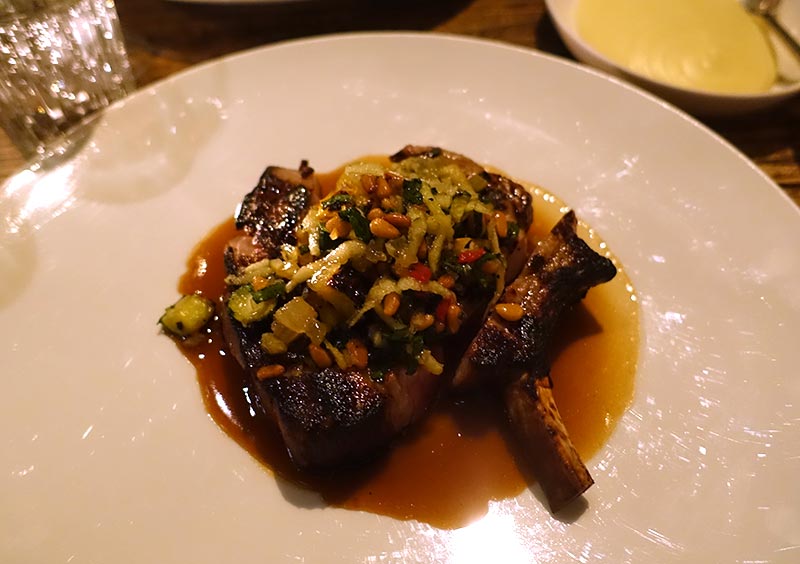 So what's changed on the menu?

In the menu by Head Chef Cary Docherty, there are several new dishes and, for the first time, they've added an evening prix fixe menu - so it's a new stop to try if you're heading out to the theatre. At 3 courses for £25 at lunch and also 6-7pm, it really is a steal.

New to the menu are:

But as for the dishes we tried - here's what stood out:

Both starters were excellent. The new Cornish crab mayonnaise with avocado on brioche (£16.50) was hard to resist, but the roasted ceps dish (above) won the day. That was "Roasted ceps with smoked almond garlic butter on toasted brioche." (£17.50) - both pleasingly French and a good vegetarian dish.

In the mains, the cotes de porc dish was declared "the best-cooked pork I've ever tasted" by our dining companion and the confit lamb shoulder dish (£30.50) was also a winner here - a tightly packed parcel of lamb goodness.

For dessert, we had to go old school. The Apple Tarte Tatin (£16 for two) has been a fixture of the Little Social menu for a while now, and with very good reason. You'll have to order it slightly ahead, but the sticky apple dessert taste matches its very good looks. Made for two, it promotes fighting for the last slice. 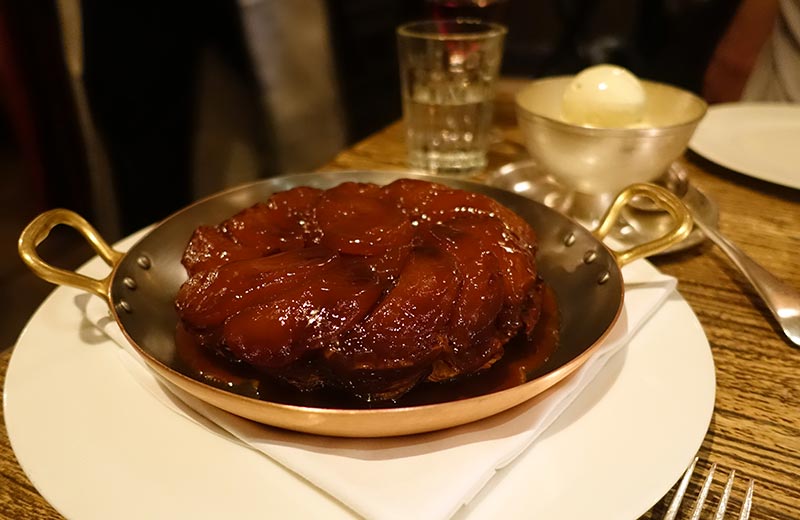 Atherton's places are known for their cocktails (Pollen Street's are particularly great) and this is no exception. Priced at £10-11, we'd recommend the new addition, the Forbidden Fruit. We do love a pink fruity drink, and this fitted the bill perfectly.

Our return visit to Little Social has confirmed a few things. It's still probably our favourite of all of Jason Atherton's restaurants at the moment - the food, buzzy vibe and a more affordable menu than Pollen Street make it a very attractive proposition.

Hot Dinners were invited to Little Social, prices were correct at the time of writing.