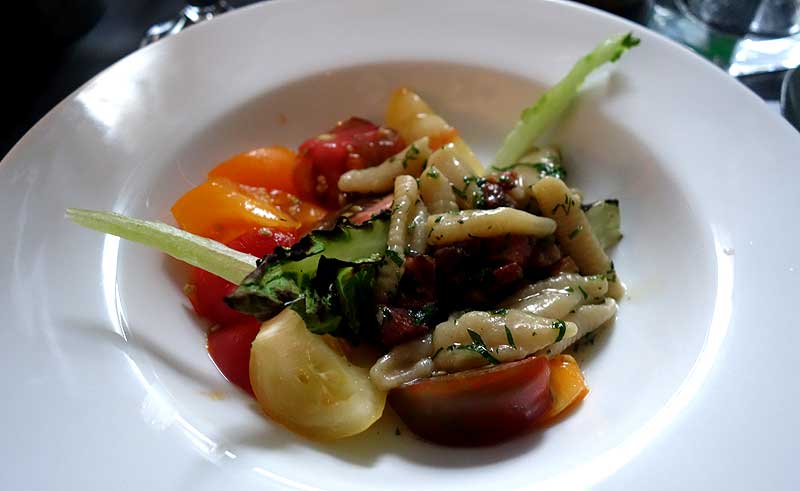 So what do we need to know about Smoke & Salt?

Well, know this: that the chefs here know their stuff. Remi Williams worked at Boston restaurants Craigie on Main and Deuxave and his partner in the kitchen is Aaron Webster who has Michael Wignall at The Latymer and Dinner by Heston Blumenthal on his CV. The pair met up at highly rated restaurant The Shed in Notting Hill and have gone on to create Smoke and Salt together. A number of pop-ups have led to this much longer residency.

They've taken over the upstairs dining room at The Chapel Bar on Islington's Penton Street. And it's really quite a separate venture. You don't go in through the pub, but via an outside staircase. 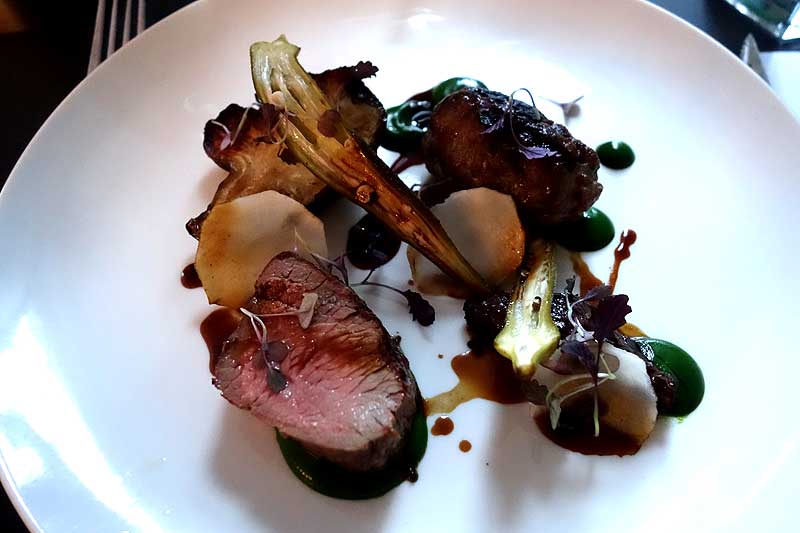 Where should we go for a drink?

Downstairs in the pub would be the obvious choice, but alternatively, you're just across the street from The Joker and The Craft Beer Co, both on Chapel Market.

There's a bit of choice here - we saw some folks eating up at the bar and the dining room is nicely laid out, with tables not too squished together. But the real selling point for the summer is the large wraparound covered terrace with outside seating - perfect for their weekend brunches. 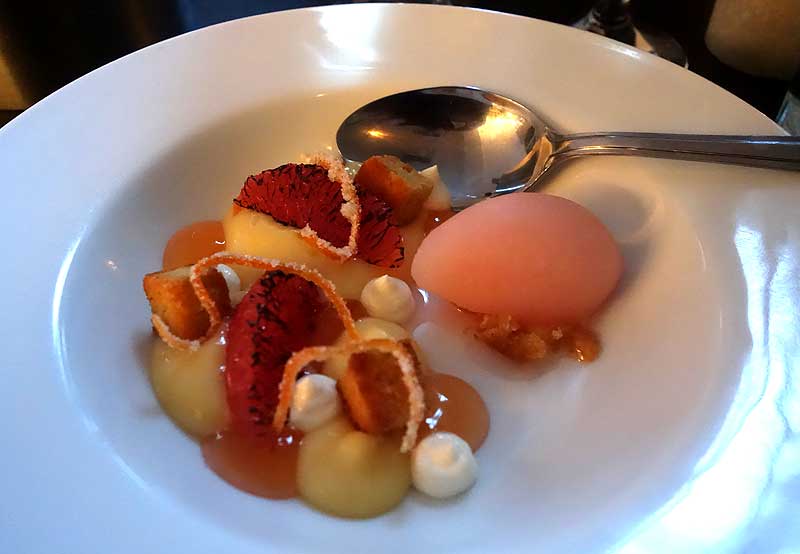 Aside from brunch, which is a la carte, dinner here is a set menu - we were trying the June one which runs untll the end of this month.

Following this was an inspired course entitled BLT where the bread was cavatelli pasta, served with heritage tomatoes and bacon dashi. It had JUST the same taste as a traditional BLT.

The mains on our visit was grilled spring lamb which came with a punchy lurid green garlic sauce and a rissole from the lamb offcuts. And for dessert - pink grapefruit every way including candied peel and to-die-for curd was served with elderflower yoghurt and cubes of pound cake and turned this grapefruit refusenik into a convert. 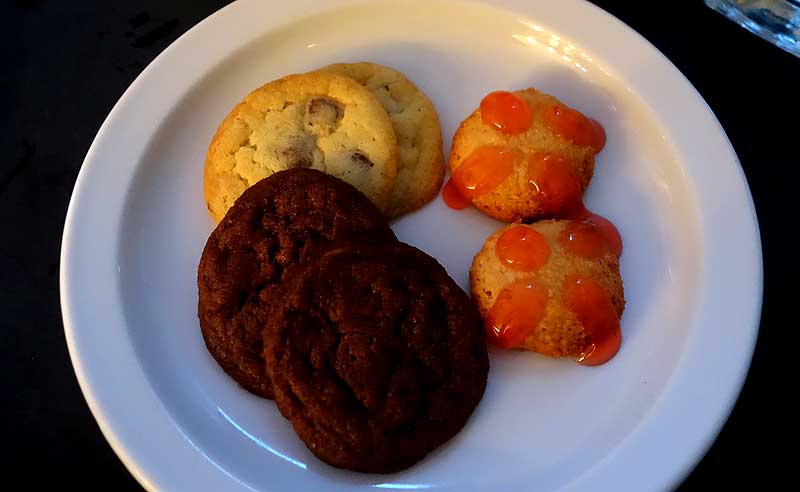 We had two great cocktails while we were here. Hot Dinners 2 continued his unerring ability to pick the pinkest drink by a country mile with the Rhubarb Fusion, while my buttered rum would give Hawksmoor's famous version a run for its money. Cocktails are £8 - £9. The wine list is from the bar downstairs and ranges in price from £23 - to around £40. Our Gruner was on the money for £30.

We didn't know what to expect from this residency, not having been to any of the chaps' previous pop-ups, but we'd heard such good things about their food from others we felt compelled to come. And we're SO glad we did. What you're getting her is restaurant standard food and plenty of it - for what we think is an incredibly reasonable price - all that food from the snacks through to dessert comes in at £38. And in addition to all of that - they've added a extra course since we visited, keeping the price the same - making it even BETTER value.

There's a lot of enthusiasm here and, honestly, Islington has been pretty lucky to land this year-long bounty.

Smoke and Salt are upstairs at the Chapel Bar, 29 Penton St, London N1 9PX. Find out more about Smoke and Salt.

Hot Dinners were invited to Smoke and Salt. Prices were correct at the time of writing.