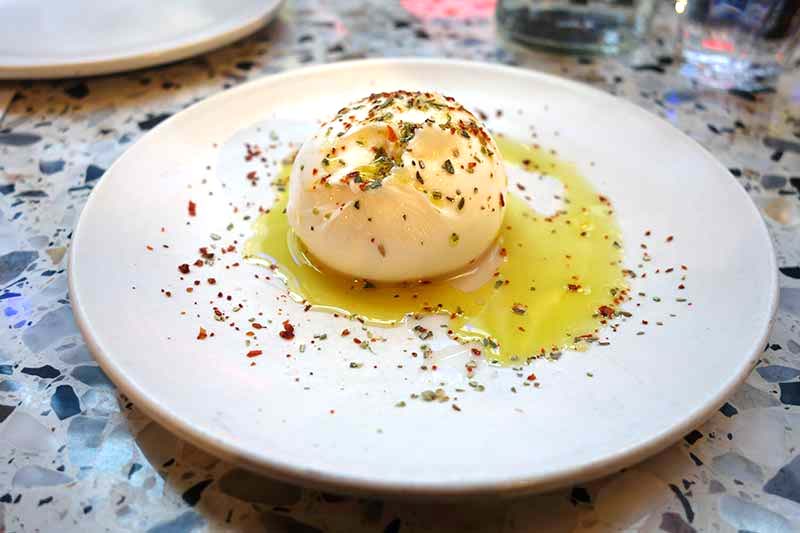 Burrata with chilli and olive oil

So what do we need to know about Pastaio?

This, the latest restuarant from Stevie Parle (Palatino, Rotorino and the late Dock Kitchen) opened five months ago riding high on London's apparently insatiable desire for fresh pasta. We managed not to get around to trying it at the beginning, but Instagram was awash with photos of the caci e pepe and grouse pasta here. Clearly it was doing very well. But five months later, there are a host of new dishes on the menu so it felt like a good time to head on down to check it out.

On Ganton Street, just off Carnaby Street. Oxford Circus is your nearest tube. And it's VERY popular. We ate there on a Friday lunchtime with a snow blizzard outside and it was heaving. There's no reservations either, but the good news is they have a virtual queueing system, so you can head off to a nearby pub (or go shopping) and wait for them to text you when a seat is free.

A seat? Why not a table?

Pastaio is almost entirely communal dining. There are a few tables dotted along the far wall (and there's a very nice counter seat for two facing out on to the street if you can nab that) but in the main you'll be sat on one of three long tables. 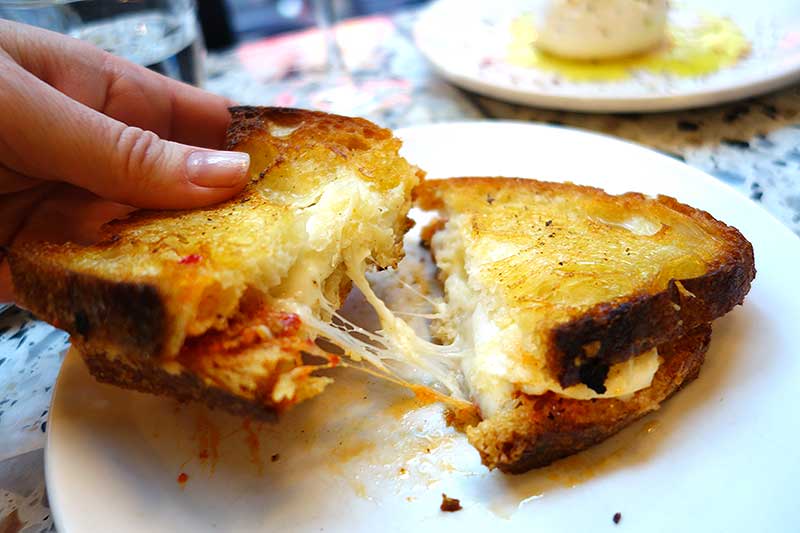 So, we're presuming it's mainly pasta then?

Well yes, but there's more to the menu than that. There are a few aperitivo to kick things off - our Coombeshead Farm sourdough with Lorenzo #1 olive oil (£3) was a good start. From a selection of six antipasti we had to have the fried mozzarella, 'nduja and honey sandwich (£5.50) which they've refined since they first launched and was just as good as it sounds. An obligatory ball of burrata flecked with chilli and oregano, in a pool of olive oil also went down well (£6.50).

But there's no getting away that the pasta is the main attraction. There were eight different dishes to choose from - three of which were vegetarian and ranging in price from £6.50 for the rigatoni with slow cooked tomato sauce with Parmesan and marjoram to £12 for a plate of gamey agnoli. When Pastaio first opened these were filled with grouse, rabbit and pork. After that it was pheasant and when we came it had just switched to wild boar, rabbit and pork and it was outstanding.

A bowl of fonduta ravioli del plin in chicken broth (£11.50) turned out to be the perfect cold-killer dish. But you'll have to be quick - they're a bugger to make apparently so there's only a limited number of portions available each day of this. Our final dish - we had three between two of us - was a plate of black and white spaghetti with crab, chilli and agretti (monk's beard). You can add bottarga for £3 and we'd advise you to push the boat out as it really elevates the dish to a higher plain of umami. 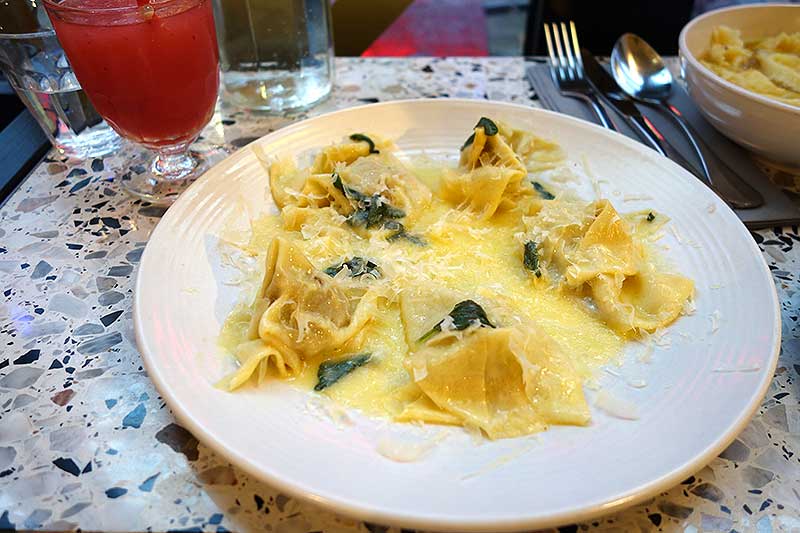 After all that pasta we couldn't squeeze anything more in - but there are three dessert and four choices of ice-cream or sorbets (£5-£6) all of which sound great if you hadn't already been very piggy.

Prosecco slushies are the drink of choice here, but new to the menu the week we went was the Blood Orange Prosecco Slushy mixed with gin and Campari (£4.50). Served up with a paper straw it felt like summer in a glass on a horrendously cold day. There's also a short wine list of 5 white and 5 reds and some beer and digestivo like grappa and homemade cello for if you just want to spend a little longer here.

With every new place he opens, Stevie Parle shows he's a restaurateur in touch what Londoners want when they eat out. From the Insta-friendly tabletops (every shot looks great against it) to the crowd-pleasing pasta dishes, that he changes regularly enough to keep you coming back for more - Pastaio's been an instant hit. Perfect for West End shoppers and local office workers alike, like Arnie and the rest of the clientele we'll be back. 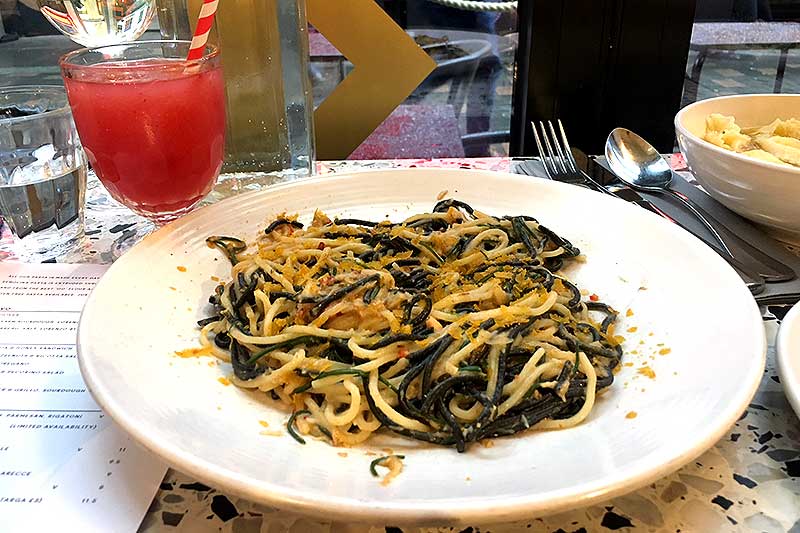 Hot Dinners were invited to Pastaio. Prices correct at time of publication.