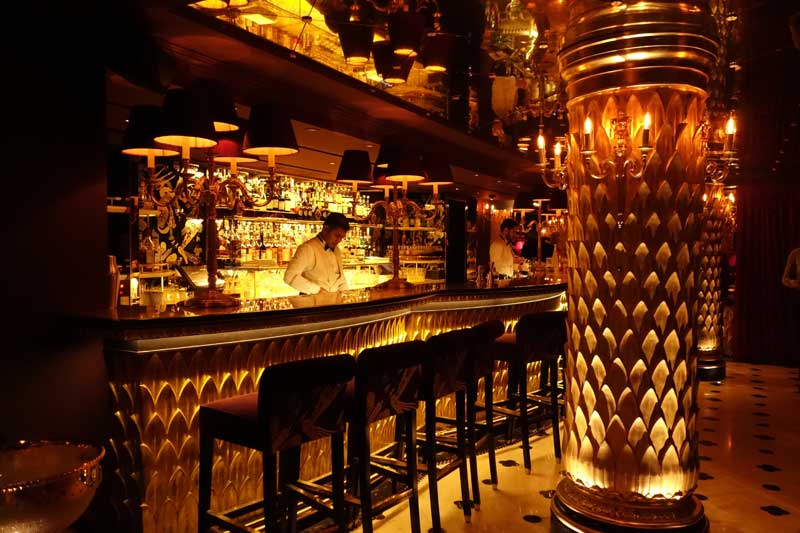 The bar at Club Chinois

So what do I need to know about Park Chinois?

This is Alan Yau's Mayfair opulent dining spot, described as a "30s dinner-dance experience". The restaurateur has apparently lavished upwards of £40m on the project to date (according to Bloomberg) and the extraordinary budget shows. No surface has been left ungilted or draped in luxurious materials. Staffing is at saturation point and - as you'd expect - the prices reflect all of this.

If you're looking to keep the costs down in advance of your splurge here, why not try - as we did - the new bar/restaurant Hatchetts in nearby Shepherd Market where we had a glass of Italian rose which was a steal at £4.60.

There are also two bars here at Park Chinois which are both very glamorous spots to wait for your dining companions. 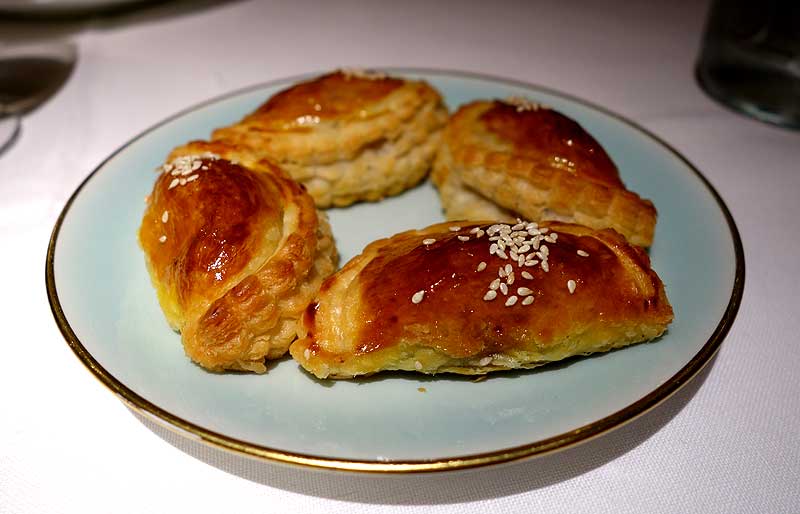 It depends on what sort of vibe you're after.

We were on the ground level in Salon de Chine. If you recall the opening sequence to Indiana Jones and the Temple of Doom, it looks like that kind of nightclub. Tables range around a dance floor with an outside ring raised up all looking towards a stage where a live band entertained us. Their repertoire was eclectic - we noted one rather jazz-era interpretation of the Britney Spears' classic, Toxic.

Downstairs is younger (and hipper) with more of an Ibiza-style soundtrack.

The menu is classic Yau - a bit of everything thrown in. It's most like his most recent venture, Duck and Rice. So expect to see Jamon Pata Negra alongside caviar and char siu bao.

We kicked off with a range from the dim sum section and loved our roast duck puffs (Chinese puffs meet Cornish pasty) which were four for £8.50 and scallop xo dumplings (£14). The salt and pepper squid from the Commence section was a little dry (£18.50) but all that was forgiven with the arrival of the duck.

Make no mistake, the duck de chine is what you want to order. The basic version (which we had) comes in at £75 - but you can choose to add various types of caviar bringing it up to £280. It's a small thing, but each of us having individual bowls of sauce, cucumber sticks and basket of Park Chinois' homemade pancakes was a nice touch. And as for the duck, well it was a beautiful laquered bird with incredibly tender meat. One of the best we've had in an age - certainly comparable to Hutong.

Having shared an entire duck between two of us it's a testament to their dessert menu that we still wanted to order one to share. Our Summer Refreshing was an eye-popping seasonal plate of white peach with hibscus sauce, blackberry sorbet and a matcha tea and coconut crumble for £10.50. 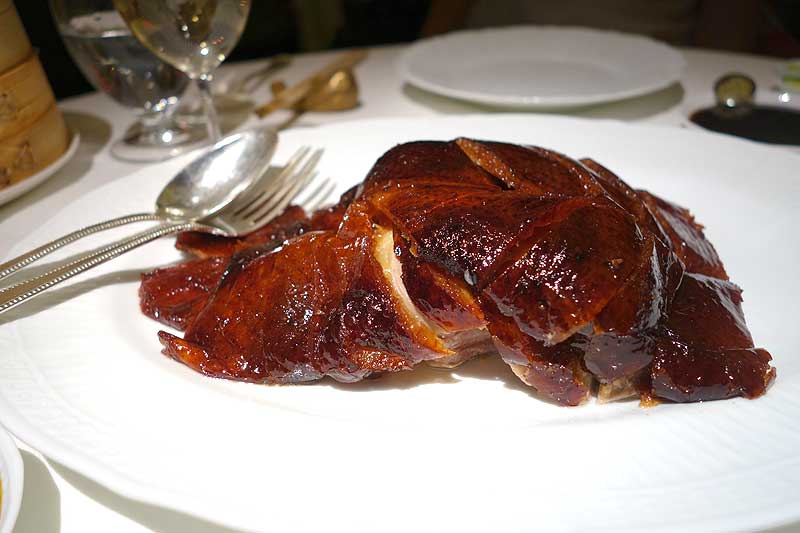 Pre-dinner we had a Truffle Old Fashioned with Blanton’s Gold Bourbon, Nocello Walnut & Hazelnut liqueur, Noix De La Saint Jean, Maple Syrup and their own homemade Black Truffle Bitters - it was gorgeous but also pricey at £24 - you could get away with spending half that on a Johnnie Walker cocktail, though. As for wine, this is a punchy list with very little under the £50 mark, although our £40 Marsanne was a good all-rounder for pairing with most of our dishes. You could, if you were having a very good day, plump for a bottle of '98 Petrus at £6,757.00.

We honestly didn't know what to expect from Park Chinois. Would it just be an overblown vanity project? Well yes and no. It certainly is the personification of what the Mayfair dining scene has come to, but you'd be hard pressed not to enjoy yourselves here. On a Tuesday evening in August when we'd have expected this place to be rather quiet, both floors of the restaurant were full.

The food we had was very good and you could certainly order less pricier fare than we did and still have a good time. But you might be better off saving up and having that amazing duck.

Hot Dinners were invited to Park Chinois. Prices are correct at the time of writing.