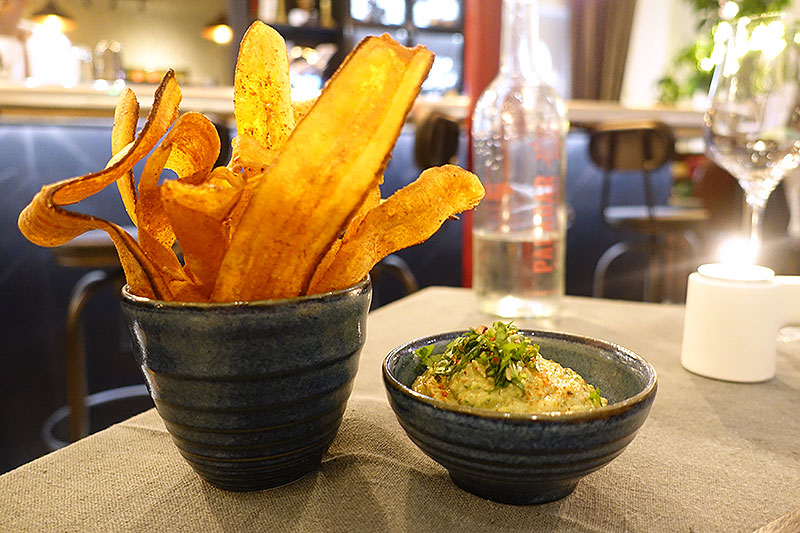 So what do we need to know about Paladar?

It's a Latin American restaurant - so if you love food from anywhere in that part of the world, you're in luck. Owner and local resident, Charles Tyler used to run Champor-Champor. He's brought in Colombian chef Jose Rubio-Guevara (who's worked for Soho House and the top floor restaurant in Smiths of Smithfield) and Rafael Cabezas-Castro - former sommelier at Sushi Samba - to run the drinks side of things.

The space itself is split into a wine bar and bodega (which opens for coffees during the day in partnership with Colombian coffee producers El Cafecito) and the main dining room. And there's a massive courtyard garden which is due to open later this month, which could be great when the British summer finally hits.

Just off St George's Circus in Southwark - your nearest tube station is Elephant & Castle, although Lambeth North's pretty close too.

You're not that far from the various bars at Mercato Metropolitano - but the nearest decent pub is The Albert Arms, just a few minutes walk away. 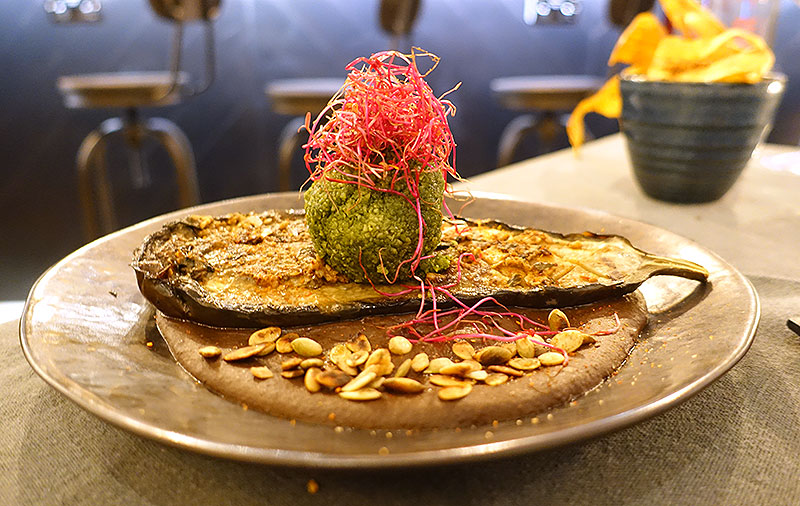 The menu's split into four sections - a very large nibbles offer, The Sea, The Farm and The Land - so fish, meat and veg. Obviously, we had to test their guacamole which is a taquero version (£6) so think salsa meets guac. This is served smoother than the usual chunky guacamole you might be used to, and came served with huge green plaintain crisps rather than the usual tortilla chips. Perfect empanadas (£6.50) were stuffed with slow cooked beef brisket and served with a coriander and chilli sauce.

For our mains, we tried to roam around every section of the menu. Everything we tried was great and pretty spectacular to look at as well, but the highlights were:

Although everything sounds delicious, you're going to want to rein in your ordering a bit because desserts are worth saving room for. Blue corn churros (£6.70) look odd, but taste fabulous particularly when you dunk them into the coffee dulce de leche sauce. But when we heard there was a guacamole ice-cream we had to try that too and it was definitely worth having. Weirdly compelling to eat. 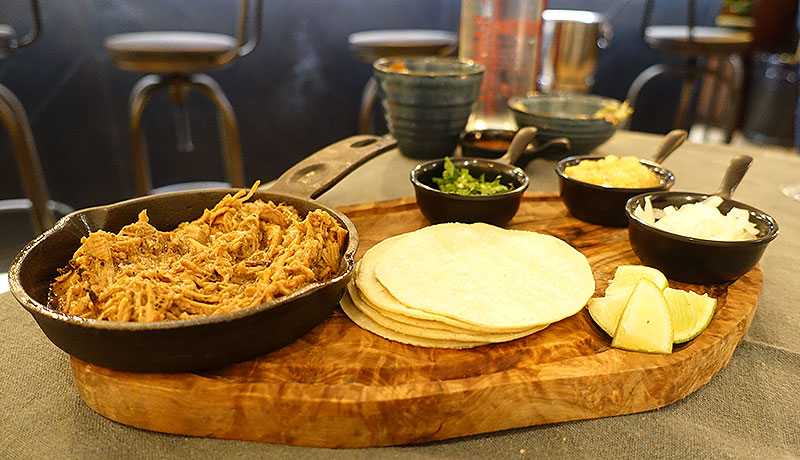 A good place to go if you're veggie?

With a large section of veggie-based dishes to choose from, vegetarians would do very well here. There were 10 vegan dishes on the menu and 7 vegetarian ones.

What about the drink?

Sommelier Rafael knows his stuff and helped us pick out something lovely from an exclusively South American wine selection including a particularly good couple of dessert wines. And it's a well-priced list too, with most bottles in the 20s and 30s. There's also a cracking cocktail selection - with various spirits they say you'll struggle to find in any other bar in London.

From its location, we were probably expecting a nice neighbourhood joint. What we got was food that would stand up to anything in central London without the attendant price hike. Everyone here from the mixologist to sommelier is just lovely. It's clearly a home from home for a lot of London's South American expats, but the rest of you need to check it out too. 100% worth the trip across town.

Hot Dinners dined as guests of Paladar. Prices correct at time of publication.