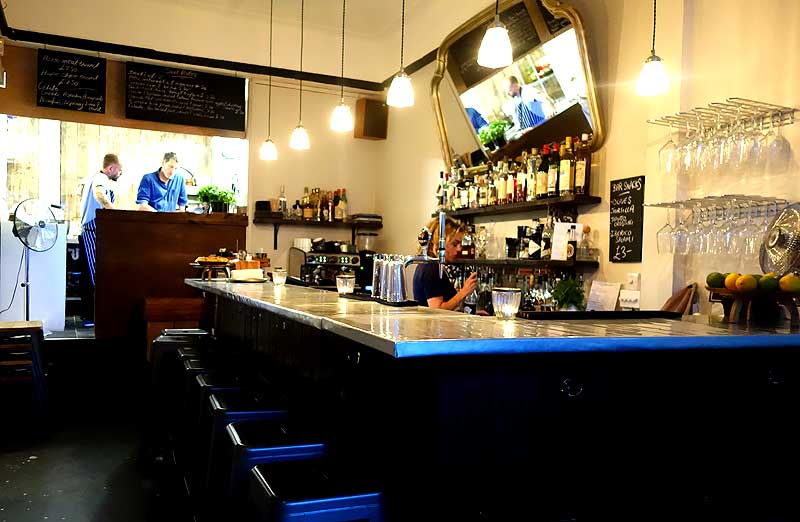 The counter at Nickel

So, what do we need to know about Nickel

This neighbourhood joint is the brainchild of four locals who were looking for larger premises when this spot on their home turf popped up. The chef is Michael Spurgeon (ex-The Eagle, Duke of Cambridge and other nearby restaurant Season in Stroud Green).

In Crouch End, on Crouch Hill just before you come on The Broadway. Nearest tube is Finsbury Park and it's a five-minute bus ride from there.

Take your pick from a trio of pubs, the Haringey Arms, The Railway Tavern or The King's Head.

Wherever you can - there are just 25 seats, most of which is counter dining either up at the bar or along the front window. There is one large table which would be handy for larger groups. 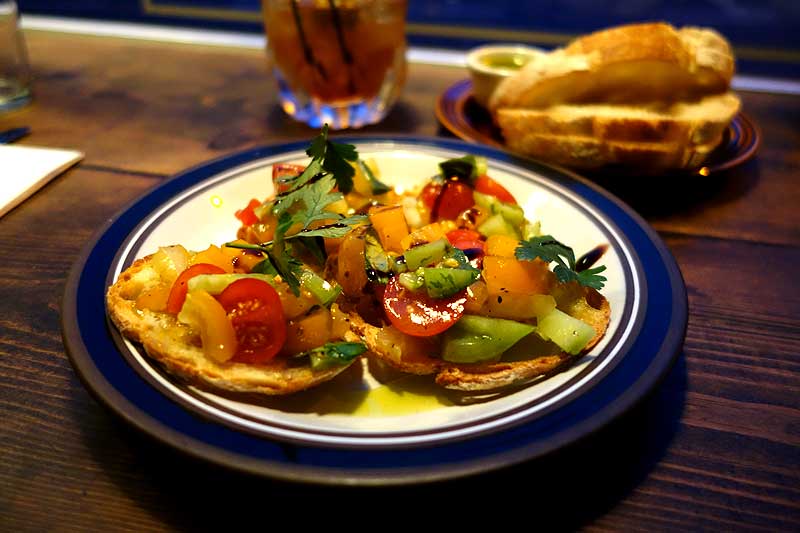 It's loosely split into bar snacks (£3) and small plates (£4.50 - £8.50) - and what we had was a combination of impeccably sourced produce assembled or cooked with flair. Bar snacks were particularly good value - our tomato crostini were laden with multi-coloured, intensely-flavoured tomatoes. Expect the menu to change regularly - the fish, for example, depends on whatever's come up from Cornwall that week. In addition to the

Expect the menu to change regularly - the fish, for example, depends on whatever's come up from Cornwall that week. In addition to the crostini we also loved the goat's curd on toasted sourdough drizzled with truffle oil and studded with sticky bits of honeycomb (£5.50) and a timbale of Hansen & Lyderson smoked salmon with slices of apple with a whisky sauce (£8.50).

There's an impressive cocktail list here (all are £8) and both of ours were good - a St Germain Spritz with elderflower liqueur, Prosecco and soda and a great Old Fashioned made with Woodford Reserve. We also enjoyed wandering through the wine list - there are about 15 bottles on with plenty available by the (125ml) glass or carafe. Bottles range in price from £19 for Albarino to £48 for a De Vilmont Grande Reserve Premier Cru champagne. 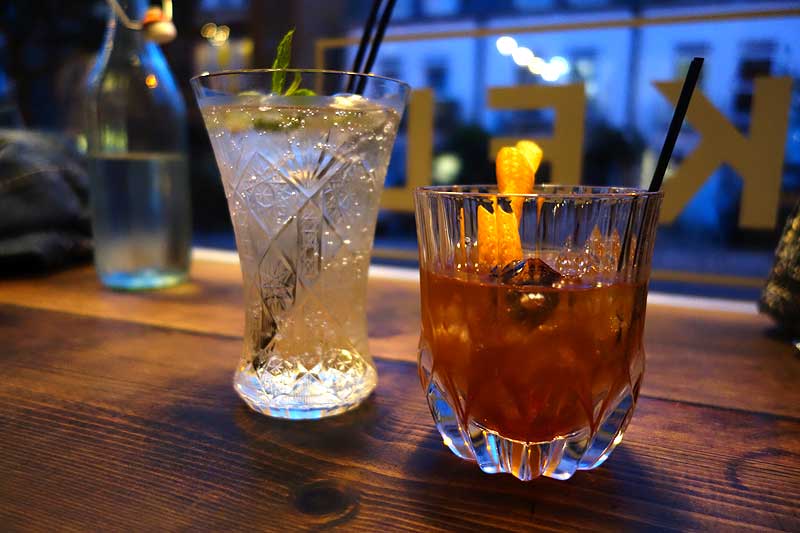 It's always enjoyable to see local people investing in their area, opening businesses. It's the kind of thing that makes you want to give them your business. With such friendly service and talent in the kitchen, Nickel's opening is a good thing for Crouchenders - but worthy of a visit too if you're from further afield. We spotted two fellow North Londoners up at the counter when we were there - actor Denis Lawson and his slightly better-known nephew Ewan McGregor. "This place is the best!" Ewan tweeted later that night. We concur.

Prices were correct at the time of writing.