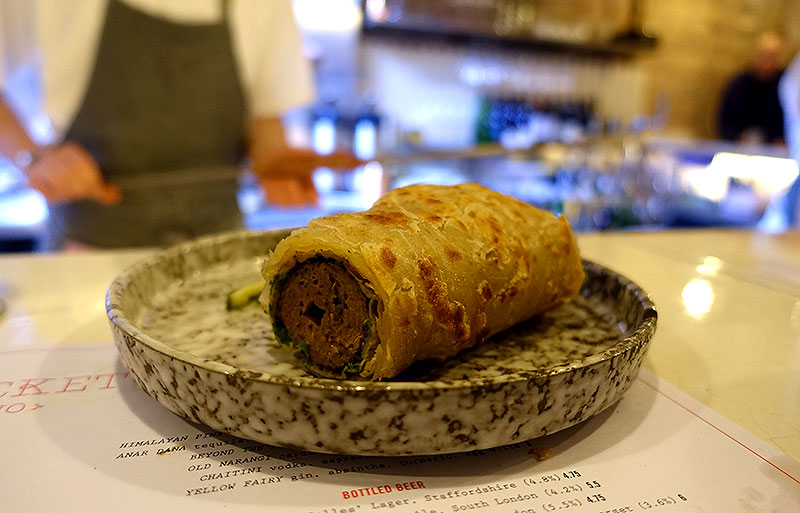 What can you tell us about Kricket?

The first Kricket was launched in Pop Brixton, a tiny spot in the cobbled-together Pop Brixton "community campus". It quickly became the biggest draw on the site gaining shining plaudits from all-comers. It's been set up by Will Bowlby (chef, previously at Cinnamon Kitchen) and Rik Campbell (front of house) and they've now brought it into the heart of Soho.

On Denman Street, it's just steps away from Piccadilly Circus. Location-wise, it couldn't be more different than the Brixton original if it tried. As for the space itself, it's much bigger too - for instance, the kitchen pretty much takes up the space of the entire original Kricket. 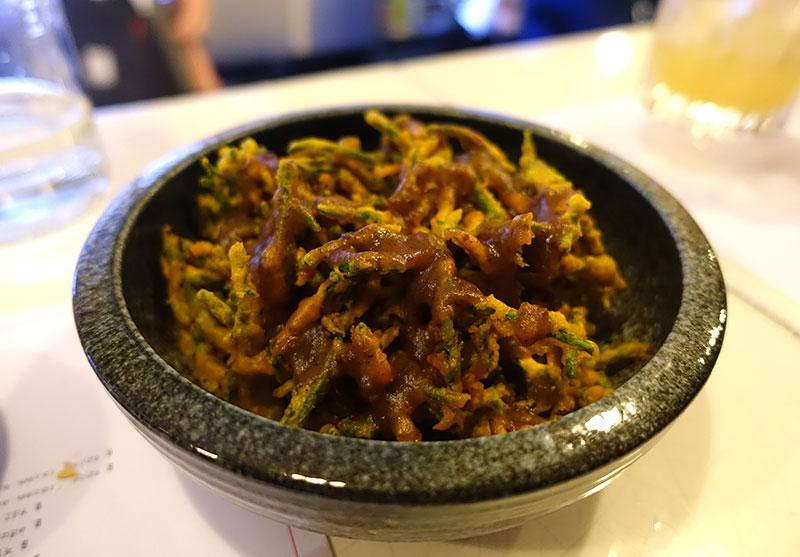 As regular readers know, we're suckers for good counter dining and this definitely ticks the right boxes on that front. So a seat at the bar is definitely what you want - and we'd have a preference of being nearer the action of the chefs, towards the back of the restaurant.

If counter dining's not your thing, then the two booths for four upstairs are your next bet - and there's a communal table and more booths downstairs too.

Unlike the Brixton original, you can book at Kricket if there are four or more of you (up to bookings of 14). Downstairs is the only option for booking, though. If you want to grab a seat at the counter or the upstairs booths, you can't reserve them. Early or late evening is your best bet, or a weekday lunch if you want to grab a spot there. They will take your number and call you when your seat is about to be ready and there's a small bar downstairs, if you fancy waiting there. Very good cocktails do make that an enticing option. 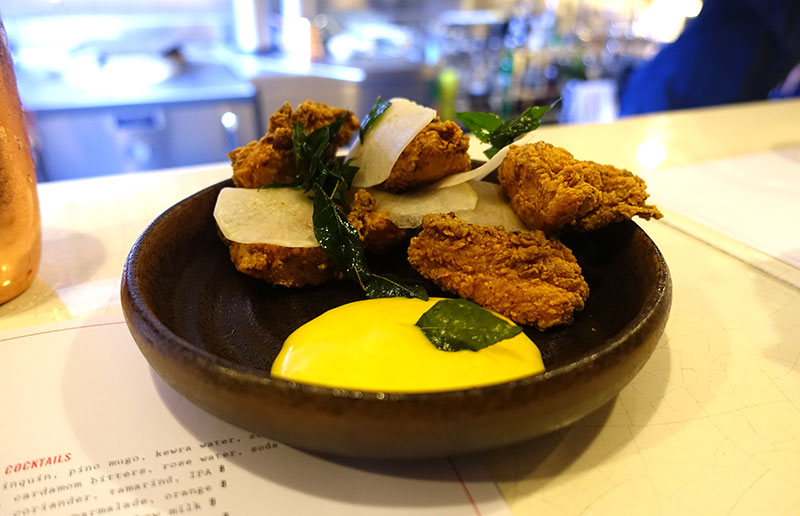 What's a good place for a drink nearby?

We'll again emphasise that you should leave room for a cocktail at Kricket - The Beyond the Pale (vodka, coriander, tamarind, IPA - £8) definitely gets our vote. Otherwise, decent nearby spots are Mark's Bar below Hix (if you can get in), the American bar at Zedel. And we're also fans of the new bar at Ralph Lauren Polo on Regent Street.

As with all small plates places, make sure you order at your own pace - just a few plates and then go back for more. After that, just order as much as you can take, it's a very affordable menu with healthy portions too. We have to admit that, having not been to the original Kricket in Brixton (temporarily hold our heads in shame) we went for some of the classics, mixed in with a taste of the new.

Of those - the outstanding dishes were:

There's loads more to the menu and much that we want to return and try - but whatever you do, make sure you save some room for the jaggery treacle tart, milk ice cream and Himalayan sea salt. We've had some damned fine tarts in London restaurants in recent months and this is another great to add to the list. 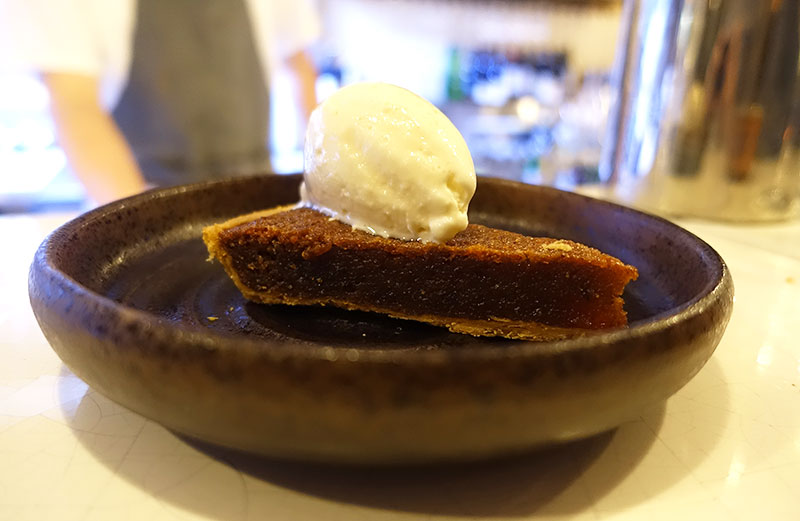 We've mentioned the cocktails already - but if you've skipped to this section we'll say it again - make sure to order at least one. As for the wine menu, it's very reasonably priced with plenty in glasses and carafes, starting at £19 a bottle and with eight bottles under £30. We went for a Godello at £25 - a good match for the food.

If you loved Kricket, then this larger restaurant in a, frankly, easier-to-reach spot is a no-brainer. The hits are all there - with lots of new dishes they don't have room to cook in Brixton. And if, like us, you hadn't been to the original a visit here will go some way towards rectifying that rookie mistake.

Hot Dinners were invited to Kricket. Prices are correct at the time of writing.