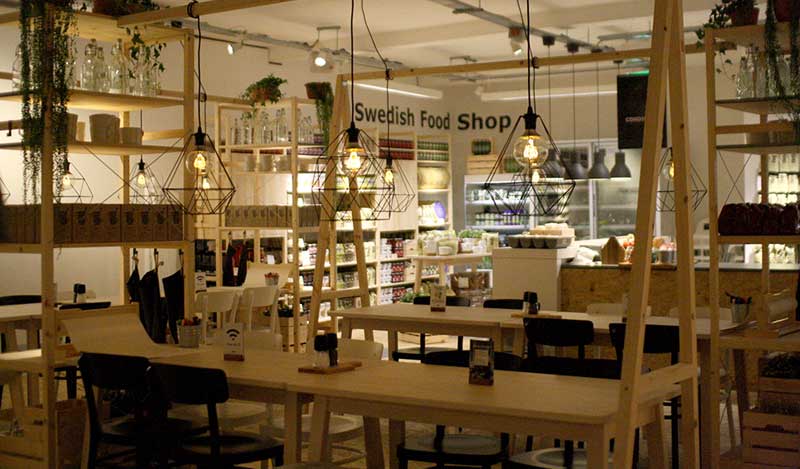 A look at The Dining Club

Good news for meatball fans - if you secretly love a plate of IKEA’s Scandinavian cuisine to round off a home shopping frenzy, you no longer have to go to Zone 4 for your fix. The Swedish home furnishings giant has opened a pop up cafe and kitchen in Shoreditch for two weeks, called The Dining Club.

First up, we diced pickled beetroot for a creamy mackerel and sea bream tartare, though we were glad the chef stepped in to dice the fish for us! Guests are encouraged to taste as they go, to make the dish as they’d like it rather than by the book, and so we felt free to add extra mustard and capers. 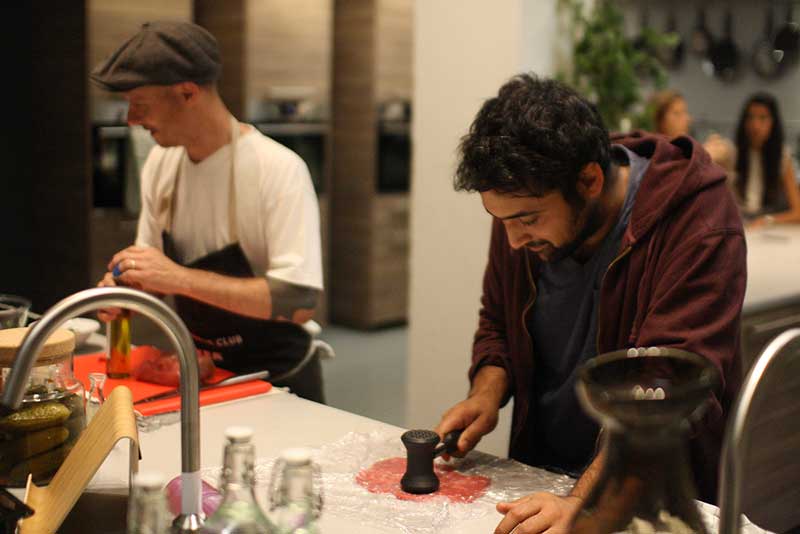 Next, we took on the surprisingly fun task of tenderising a slice of fillet steak with a mallet, which was wrapped around green beans and rolled up for a tangy raw beef roulade. It was finished off with a large spoonful of IKEA’s sås pepparrot horseradish and served on crispy knekkebrød - both available in the adjoining shop.

The Dining Club runs for the next 2 weeks, and can host up to 20 guests at once. You have to apply for a spot, but once you’re in, everything is free, including wine and beer. Understandably, there’s limited spaces, so spots are only awarded to entrants who come up with the most creative response to that classic question, who would be at your dream dinner party? 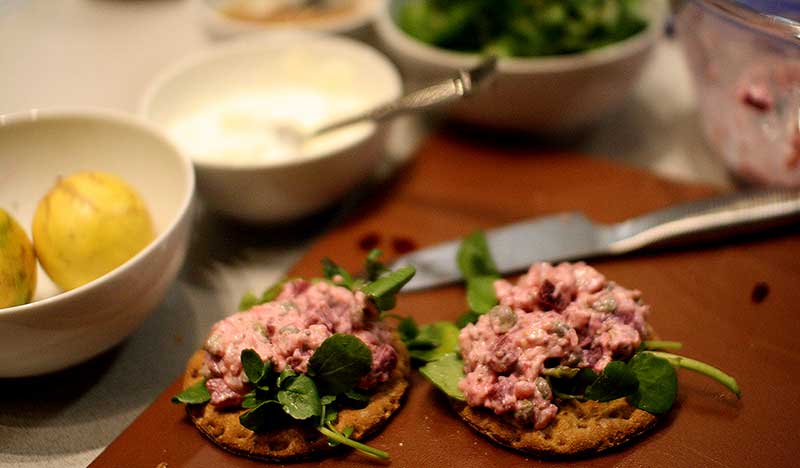 Meanwhile, the cafe next door is open to everyone, and echoes the Dining Club’s fresh Scandinavian menu. Try a smorgasbord, a pulled salmon roll or some marzipan pastries - perfect for fika (what the Swedes call elevenses).

Excitingly for IKEA fans, there’s also a wide range of snacks and food to buy and take home, including an enormous fridge of meatballs and their veggie counterparts. So you no longer need to wait until you need a new sofa to grab a bottle of their addictive honey mustard sauce - sås senap & dill.

Also on offer are a number of food-themed talks and cooking workshops, presented in a sparkling kitchen showroom space that feels straight out the catalogue. There’ll be an appearance from Edd Kimber, the winner of the 2010 Great British Bake Off and more. 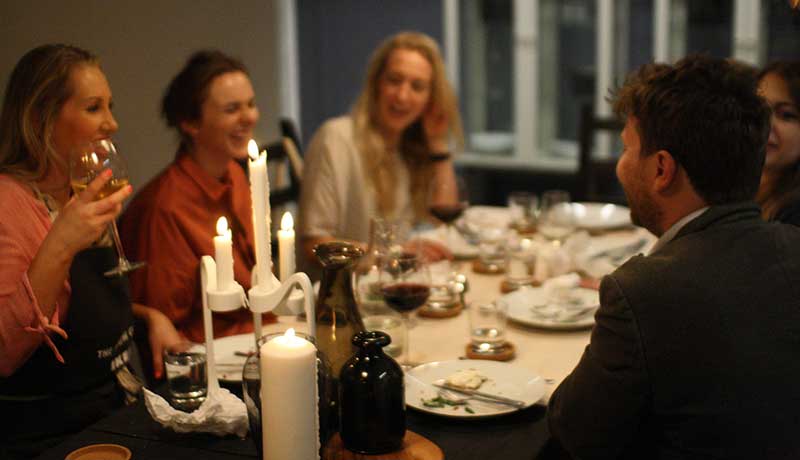 Enjoying the fruits of our labour

The Dining Club runs from 10-25 September 2016, and the cafe and shop are open from 10am to 10pm. Apply for a spot at the Dining Club and find out more information here.