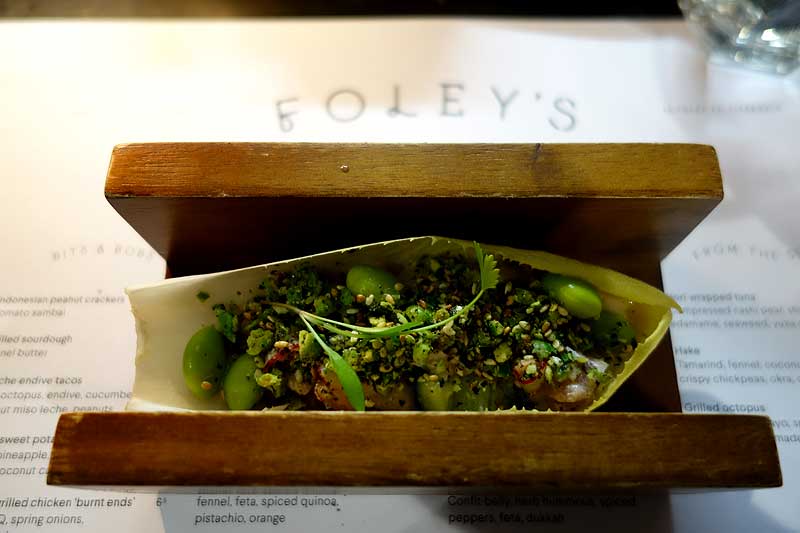 Endive tacos with tuna and octopus

So, what do we need to know about Foley's?

The chef Mitz Vora was, until recently, sous chef at The Palomar which gives you an indication of the kind of influences to expect here.

In the burgeoning food district of Fitzrovia where there's been a lot of interesting new openings recently, with more planned. The nearest tube is Goodge Street, 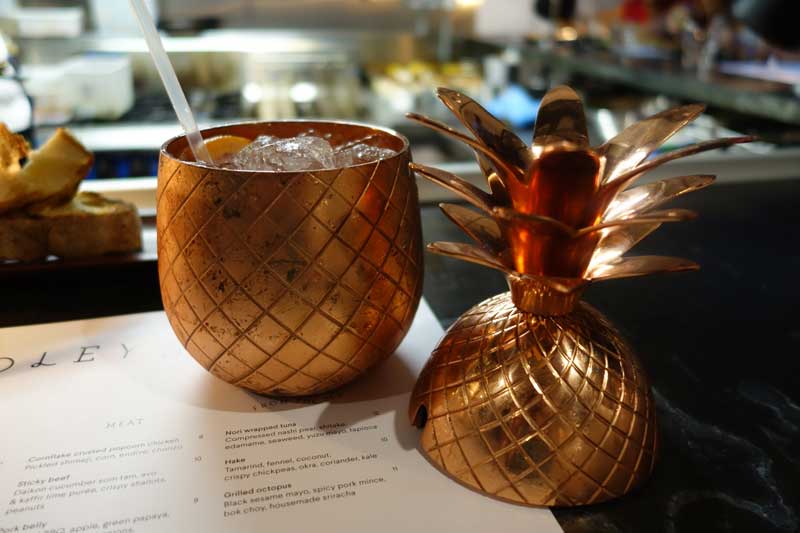 There were plenty of folk just milling out on the pavement enjoying a pre-dinner drink served through a hatch, but if you're after somewhere to sit down, the Crown and Sceptre on the corner's a good bet or there are cocktails to be had around the corner in Great Portland Street at Love Die Late.

As for Foley's drinks list - our Happy Days cocktail, served in a spectacular copper pineapple, was a potent mixture of Elys vodka, coconut water, pink grapefruit, pineapple, lime and ginger juices (£13.50) and could probably serve two.

A hard one this. If you're after natural light you'll want the ground floor dining room, but we were sat up at the counter by the kitchen downstairs and we enjoyed the buzz. Yes, you'll be sat opposite the wood burning fire but we found the air-con more than made up for it, and on a chilly Autumn night this would be a positive bonus. 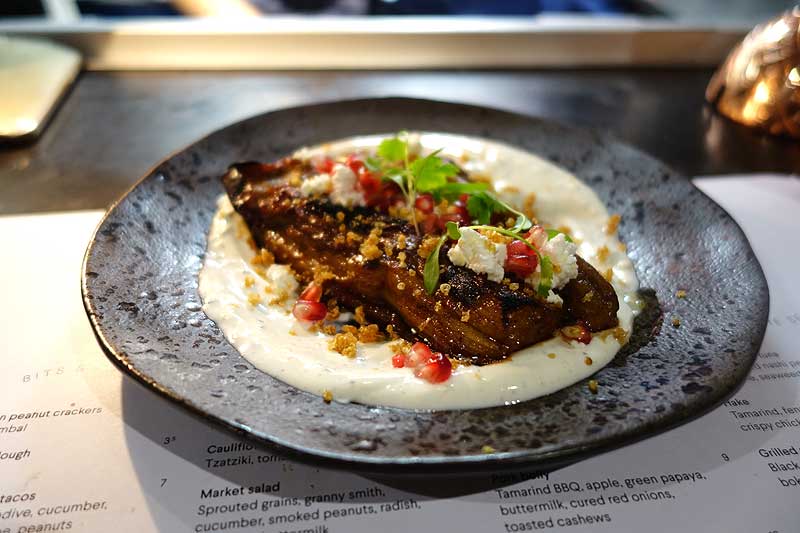 So, what should we eat?

The menu here is blessedly short, so you're not going to spend hours poring over what dish to have. It's split into four categories - bits & bobs (aka snacks), veg, meat and from the sea - each with between three and five choices.

We kicked off with a range of snacks including fiery lotus puffs, Indonesian peanut crackers which came with a lovely tomato sambal (£3.50) and grilled sourdough with a gorgeous fennel butter we'll need to add to our butter feature (£3.50).

It's almost impossible to pick out favourites from what we had, we enjoyed everything so much, but if we were forced to - these are the dishes you won't want to miss: 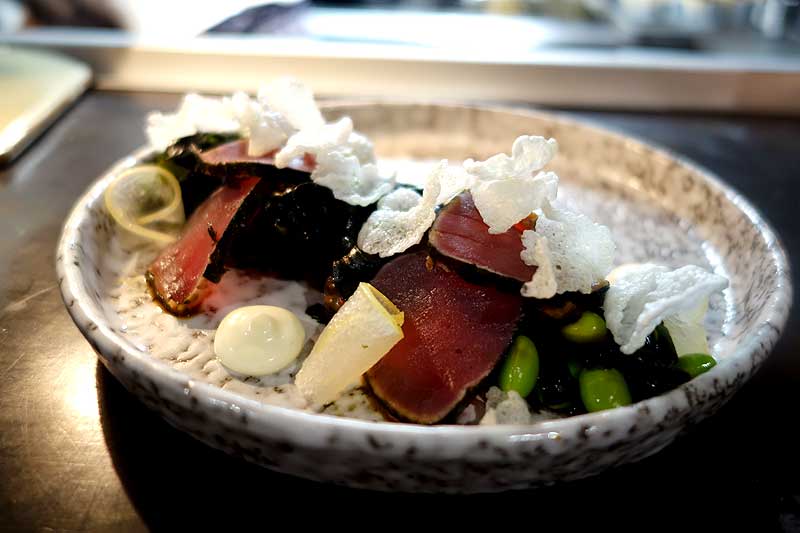 The food at Foley's is firmly from the 'I'd never know how to make, let alone pronounce much of this' style of cooking, which is right up our street. It may be a tad unfair to compare the counter dining scene with Palomar or The Barbary, but while the upstairs dining room and waiting staff were having fun, the kitchen, as it's on display too, needs to let it hair down a little. After all, the place appeared to be a total hit barely two months after opening - there's a lot for them to celebrate.

Foley's is at 23 Foley Street, W1W 6DU. Find out more about Foley's

Hot Dinners were invited to Foley's, prices were correct at the time of writing.