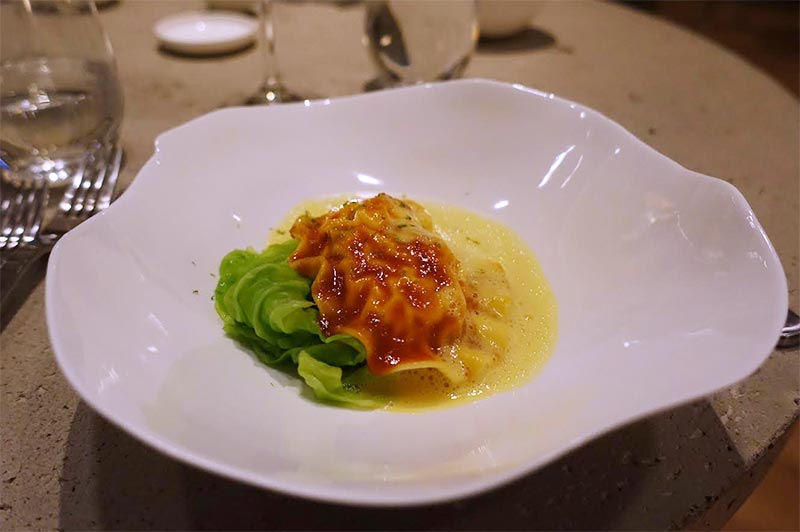 Ravioli of langoustines with barbecue dressing, hispi cabbage and sweetcorn

So what do we need to know about Elystan Street?

This is the latest in a fruitful collaboration between chef Phil Howard and restaurateur Rebecca Mascarenhas. They've taken over the spot where Tom Aikens restaurant used to be. When we spoke to him, he said his vision for the restaurant was for it to showcase "ambitious cooking but much less crafted and more casual".

As ever, the clue is in the name. It's very much a neighbourhood restaurant in vibes, although many of the chef's fans will travel to try his food here. The nearest tube is South Kensington.

There are a couple of good pubs close by - The Hour Glass and Admiral Codrington are both decent places to meet for a beer or wine beforehand. Or you could swing by the upstairs bar at nearby Ours for a cocktail. 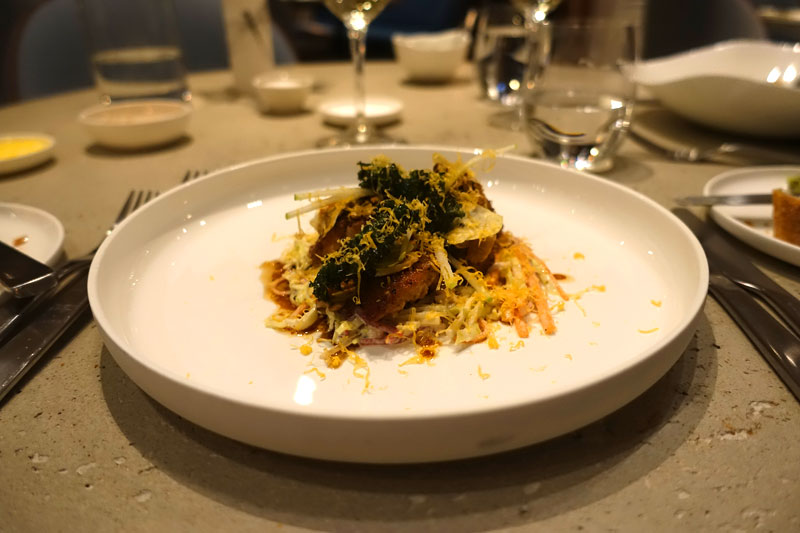 There are a couple of lovely tables by the window - a corner one seating around six would be an excellent choice for a group. Otherwise, grab one of the tables by the left hand wall as you go in for optimum people watching potential.

And what sort of people go here?

On a Friday evening, the dining room was surprisingly British (everywhere else in London seems to have a much more international clientele) - a lot of folk were greeted by name, so we expect this is a popular place for the nearby Chelsea gentry to come. 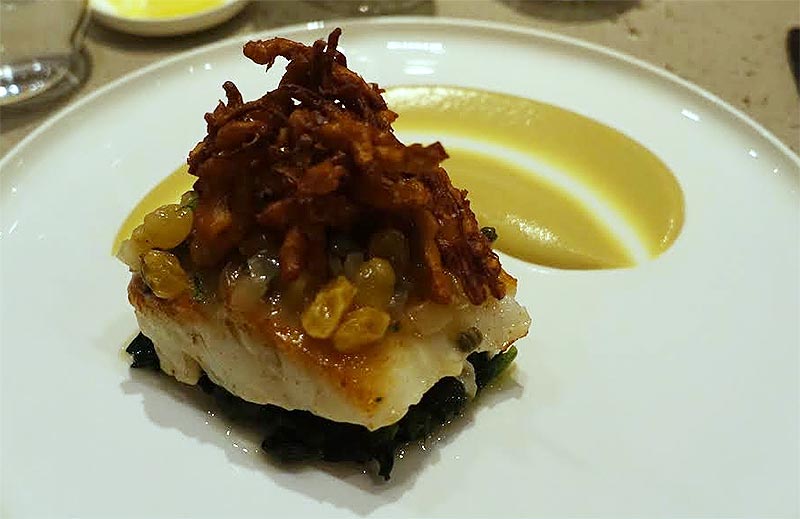 Well the food is just sheer pleasure. We began with a beautiful executed starter of roast calf’s sweetbread which came with truffled autumn slaw, seeded nut butter and mimolette cheese (£19.50) and a ravioli of langoustines with barbecue dressing, hispi cabbage and sweetcorn (£26) - the kind of dish we hadn't had since last dining at Gordon Ramsay Hospital Road, but given new relevance with that drizzle of sweet barbecue dressing.

Mains were equally good - loin of lamb was sweet, beautifully pink and served up with pesto roasted aubergine (£36) but the star dish was the generous fillet of cod which came with a swirl of lightly curried cauliflower puree and was topped with plump golden raisins and fried cauliflower (£30).

Our two desserts were both contenders for dessert of the year. The lemon tart (£12) is probably the dish you'll want at least one person at the table to order, it's so good. But our other dish of roasted figs served with goat’s milk ice cream and little doughnutty lemon and thyme fritters (£12) was wonderful too. 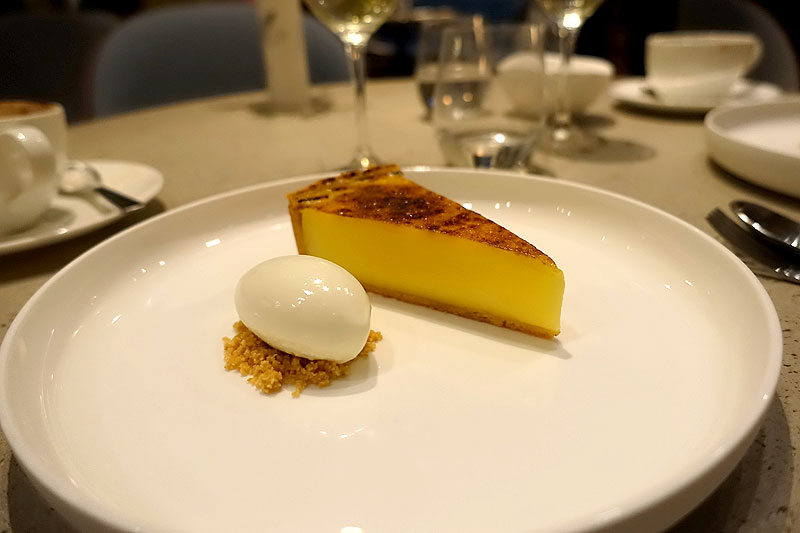 The cost of the dishes so far won't have escaped you - this is pretty punchy pricing, even for London. But the good news is that you can reing back some of that spending with the wine list which we found surprisingly egalitarian. You could get a proper 175ml glass of Picpoul for just £7 here and we spotted seven wines under £30 which is not bad at all for this part of town. In the end we went for a 2014 Dry Furmint "Mandolas", Oremus, Tokaji, Hungary at £47.

We'd never been to the Square, so this was our first real experience of Phil Howard's cooking and we totally got why he has such a fanbase. The cooking is of the highest level, but it's been allowed to shake off the Michelin fussiness and relax with some modern touches. Definitely worthy of a trip across town. But if the prices sound a little too steep, why not try the lunch here at £35 for 2 courses?

Prices were correct at the time of writing.