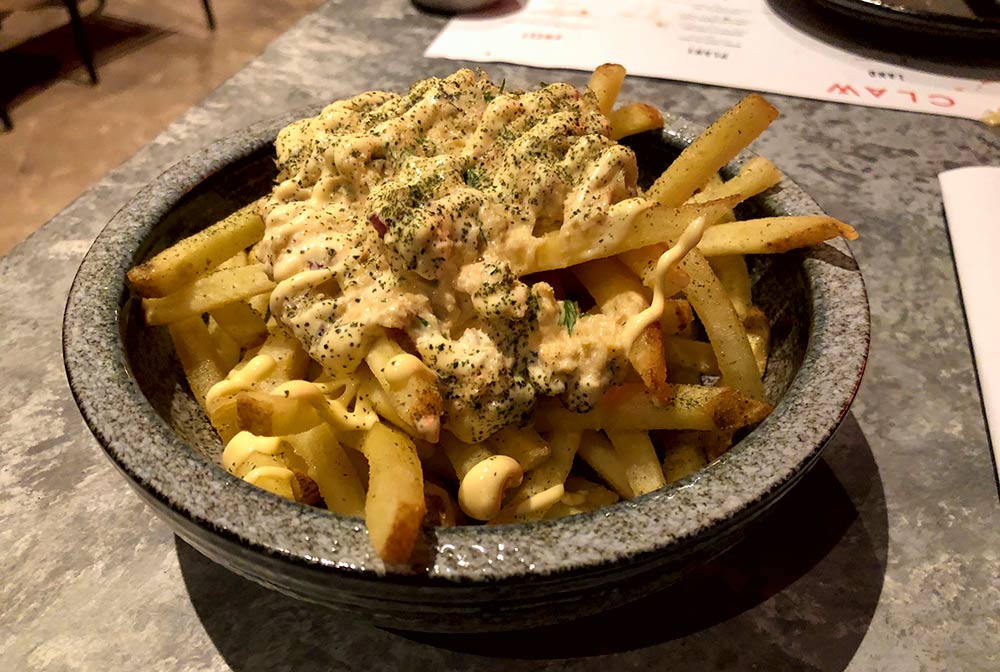 What can you tell us about Claw?

The team here are - as you'd imagine - best known for their crab dishes. They previously appeared in a number of places in very well-received, roaming residencies but, like other former pop-ups, they've reached that inevitable point where it's time to settle down.

Where are they now?

They've chosen Kingly Street in Soho as their permanent spot, just a few doors down from both Breddos and Dishoom and a few minutes walk from Oxford Circus tube station. 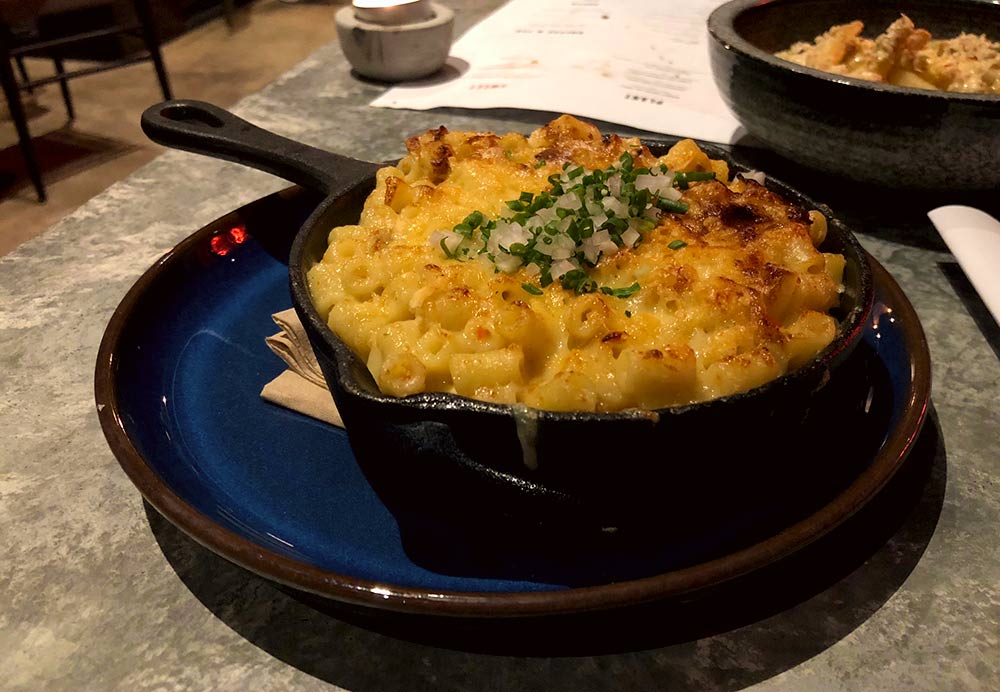 Before we head to the restaurant, where's good to meet for a drink nearby?

We've been out quite a lot in the immediate area recently and both the downstairs bar at Breddos for margaritas or a quick glass of wine in Wright Brothers are always good bets. On the hunt for something new this time around, we popped into Urban Tea Rooms a few doors down which is also very handy for a quick drink.

For larger groups, there are some bigger tables downstairs - which also double as sharing tables. But we think the best spot is upstairs - along with some good tables by the window for people watching. Also, there are four stools at the kitchen counter if which are ideal if you're just popping in for a quick snack. 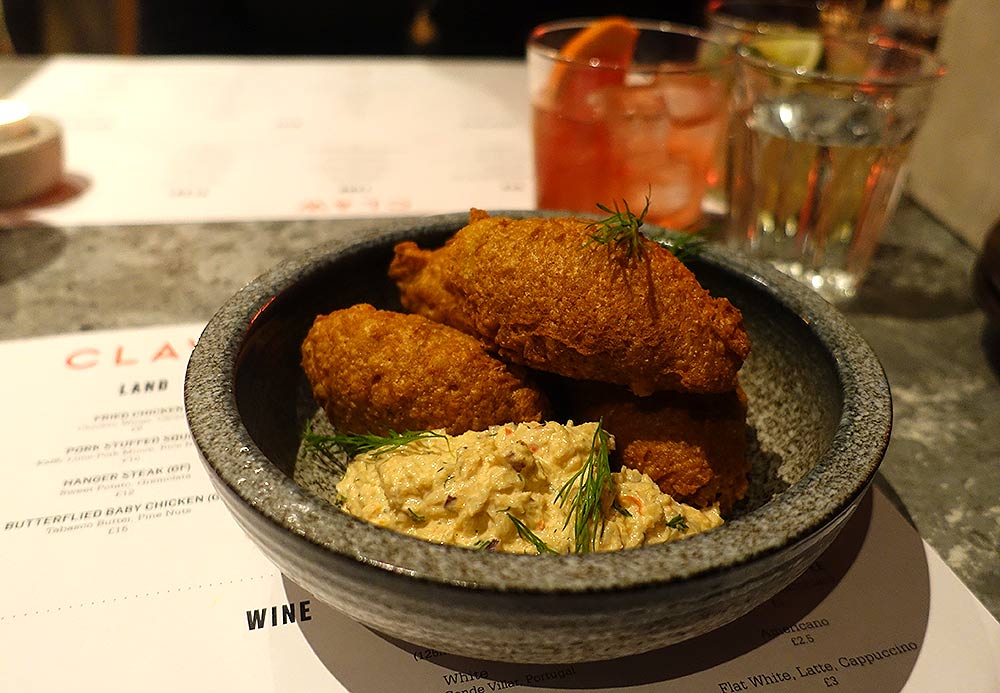 And what kind of food can we expect?

As mentioned, Claw are best known for their crab dishes and all of these - fries, beignets, claws and mac & cheese should be on your list to try. But there's a lot more to the menu than crab, with sections devoted to seafood, meat and vegetables too. Each have four dishes on them, so if you have a vegetarian with you, there's still plenty to choose from. 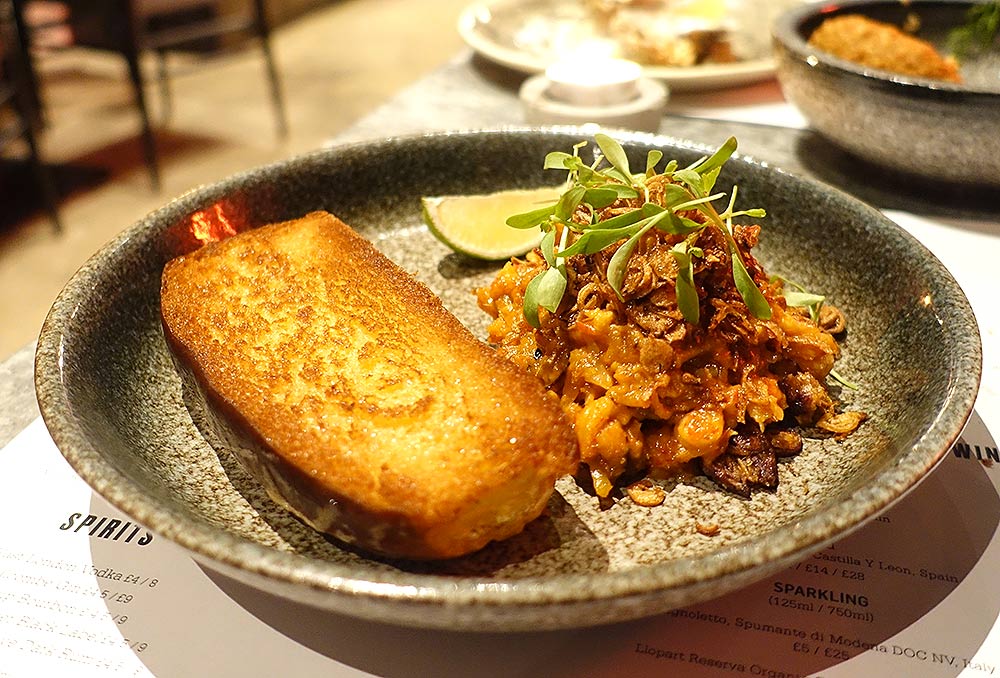 So from that menu, are there any standouts?

There are a LOT of standouts. If our choices are anything to go by (and we worked through rather a lot), it's pretty hard to go wrong here. We were extremely impressed by the quality of the cooking on show from head chef Joshua Levy, but particularly good dishes on the night were:

So yes, that's rather a lot. Portions are generous, so you can make do with much less. We just found it a little hard not to want to order one... more... dish. 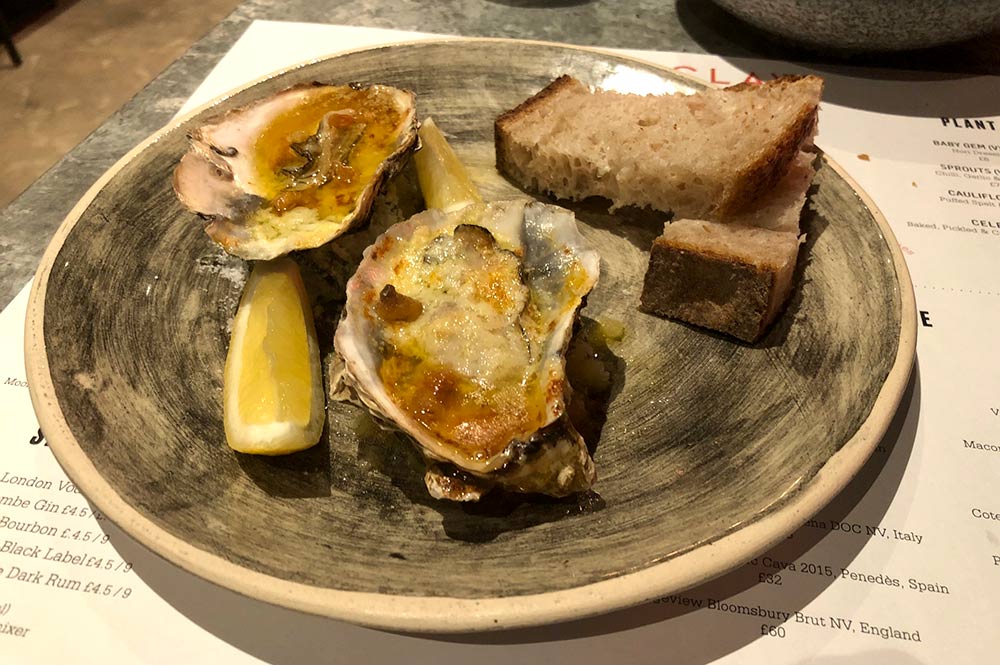 And save room for dessert?

Yes, indeed - the dessert menu is well worth a punt. While the tart rhubarb crumble (£6) was a great hello to rhubarb season, it's the toasted milk parfait with sour toffee (£6) that ruled the day here.

There are both cocktails and wine on tap. Of the cocktails, the Seaside Negroni (East London gin, Lillet Blanc, Campari, grapefruit - £9) is well worth a look, as is the white Godello on tap (£4/14/£28). More bottles and non-tap cocktails are available too. 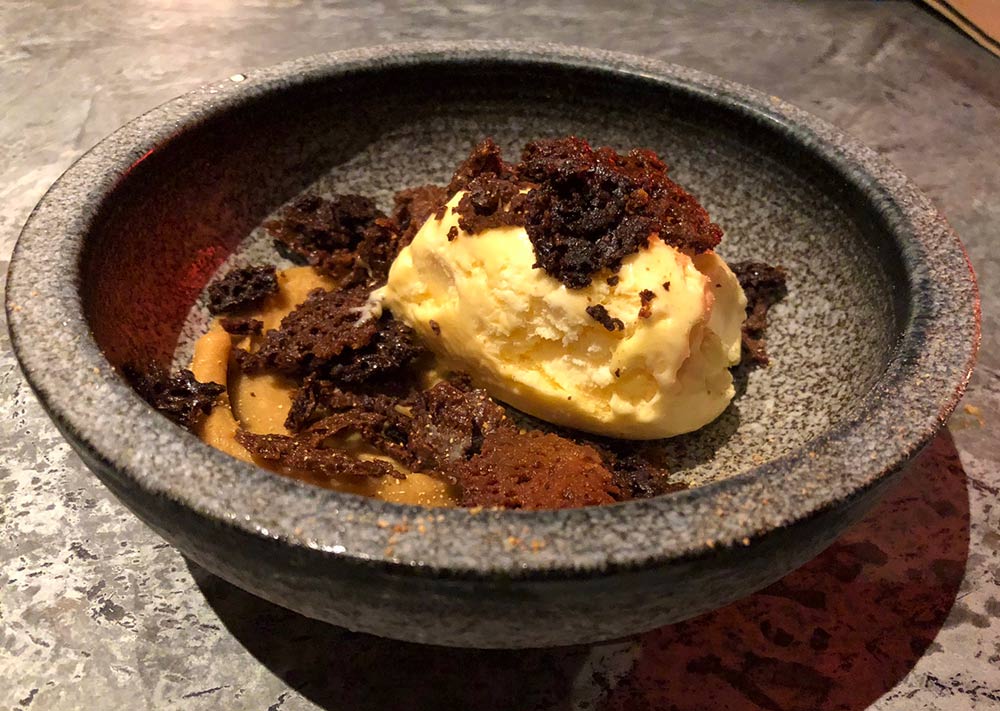 We weren't quite sure what to expect from Claw. Would it be able to reach beyond what could be construed as a gimmick of being based around crab (much as we LOVE crab)? The answer is a resounding yes. The crab dishes live up to their great reputation and the rest of the menu shows a kitchen that's performing very strongly. We're already making plans to return.

Hot Dinners were invited to Claw. Prices are correct at the time of writing.

Find out more about Claw.