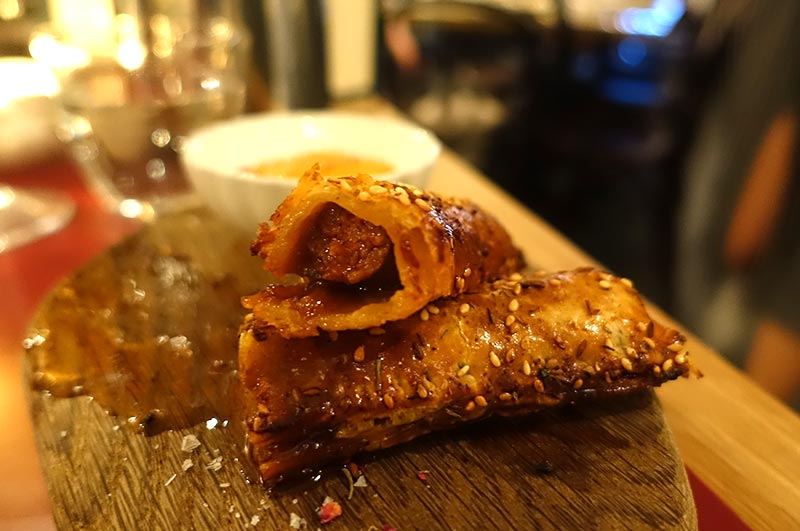 What can you tell us about Blanchette East?

It's a follow-up to the Soho original, which itself was based around a French small plates menu (you can see our Test Drive here). This new place sees them heading east (hence the name) and they are also bringing a new dimension to the menu. Blanchette East has more North African influences than the original, so while it has the same small-plates style, the food is quite different.

It's in Brick Lane, albeit the very top of Brick Lane - not too far from Cereal Killer Cafe. So your best bet for transport is to head to Shoreditch High Street station. 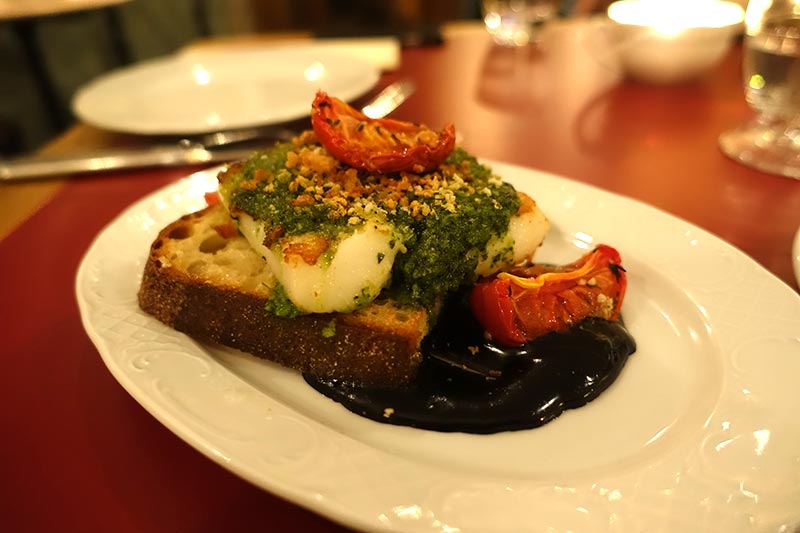 It's not the easiest area to arrange a local drink in. Heading back towards the station, there's always the London Cocktail Club and Brewdog Shoreditch but if wine is your thing, you'll probably be better off heading straight to the restaurant which has a good list (more of that below). Or head towards Spitalfields where there's much more choice.

There's a very nice counter space by the front of the restaurant, so we'd recommend that. Some semi-booths for about 4-6 people at the back are also good spots if you're a larger crowd. And there's a curtained-off private dining room at the back which looks very snug. 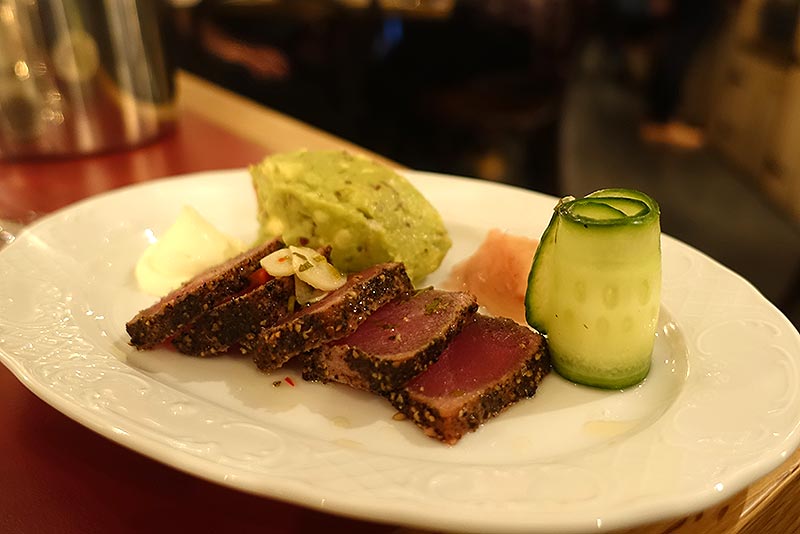 As with every small plate restaurant we go to, order no more than three plates at a time, or there's a chance you'll get overwhelmed. The portions are fairly generous, so you should be able to get a fair bit of sharing in.

There are definitely some similarities to the original Blanchette that are immediately recognisable - mainly the layout of the menu. This is split into fish, meat, vegetable, snacks, charcuterie and cheese. The latter two sections will be the most familiar - but it's the rest of the menu where the North African elements make their influence felt.

So from those, the dishes that really made an impression were:

We didn't have a duff dish all night, and you should also order the cheese beignets with onion confit (£4). They are a carry over from the original Blanchette - but you'll definitely want them here too. 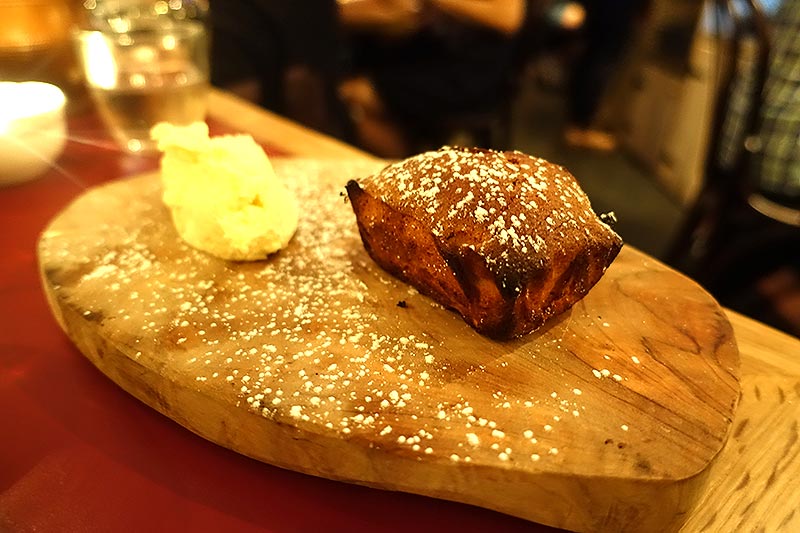 Is it worth leaving space for dessert?

Absolutely. The two dishes we had here were stand-out excellent and both are among our top desserts of the year so far. First up, the wild strawberry vacherin (£6.25) was and oozy, meringuey delight - but then came the Blackcurrant Financier (£6.25).

We really do like a financier on any day, but this was a nigh-on perfect rendition. A perfect blend of crunchy and chewy and with a blackcurrant centre that elevates the dish even further. We feel we can't do it enough justice but make sure you order this.

There's a, fairly understandable, French bias to the wine list here, and it's a pretty well priced one too, starting at £22, And there are lots by the carafe including our favorite of the night, the rosé (Domaine de Rousset Les Bambines, (Syrah / Grenache) Aix en Provence. 2015) at £25 for 500ml. Cocktails are classics or spins on classics at around the £10 mark.

We were immediate fans of the original Blanchette when we visited there, and we're just as much fans of their eastern venture. It's a great example of how to open a second restaurant while also bringing something new to the table. And there's a great buzz to the place too, nice and busy even on a balmy Tuesday summer evening. Well worth a visit.

Hot Dinners were invited to Blanchette East. Prices are correct at the time of writing.