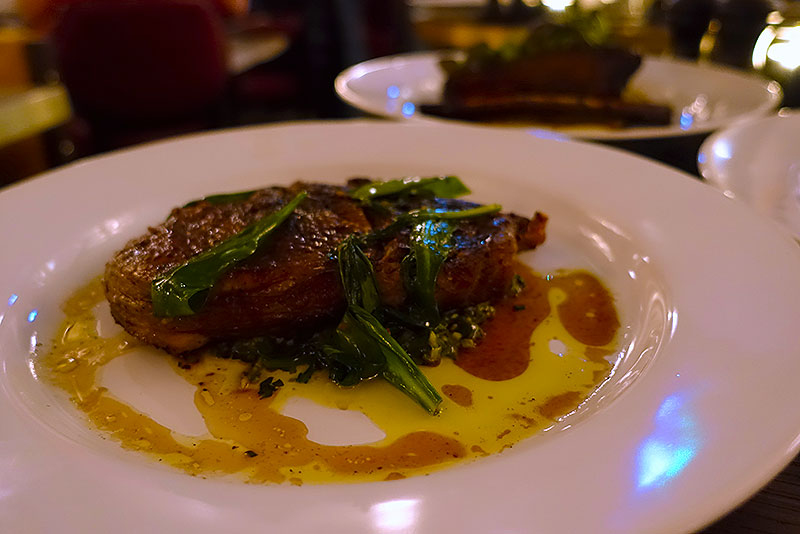 What can you tell us about Barbecoa?

It's the second Barbecoa from Jamie Oliver, following the original which launched in St Paul's some years back. It's essentially a cross between a barbecue restaurant and a steakhouse. So yes, there's lots of meat involved. And this time there's a good bit of fish too - they've added a raw bar.

On Piccadilly, a few steps away from Fortnums. While the original Barbecoa had a highly enviable view of St Paul's, this one has gone down the route of a more traditional upmarket steakhouse. The main restaurant is a huge basement affair with plenty of brass and wood in evidence.

There was one touch we particularly liked. While renovating the building, they uncovered a time capsule from the 1920s with a menu from a restaurant that was there at the time, part of the New Princes' Hotel. That ancient menu is on the wall just by the raw bar and well worth a quick look. 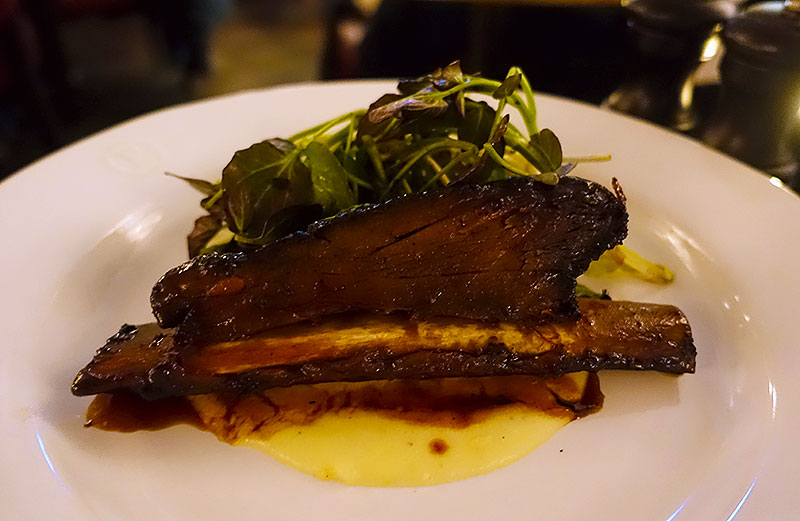 The Pit Beef. It's very good.

There is indeed, a fairly large bar upstairs. Cocktails are good - we liked a little bit of theater with our flaming concoction - although we do think the space needs a little more of the style that's in evidence in the main restaurant downstairs. Just a wee bit of glamming up. But it's a handy spot to pop in for a drink in the area, and perfect for a pre-dinner drink before heading downstairs.

Note that you can also pop into this place for a spot of breakfast (also new to Barbecoa Piccadilly) and you can also get an afternoon tea here.

Downstairs is pretty huge but there are two areas we'd go for. We liked the bit near the huge open kitchen (where we sat), as it seems a little more buzzing around there. And they've a lovely spot outside the large wine room where they'll be doing tastings and which can apparently be booked. That's a great spot. But it's a huge space - and ideal for fitting multiple larger groups.

How about private rooms?

A space this large needs a decent private room and there's the huge Rose Gray room named after the late River Cafe chef and Jamie Oliver's mentor. It's a lovely room, seating 16, and surrounded by wines that Rose Gray loved. 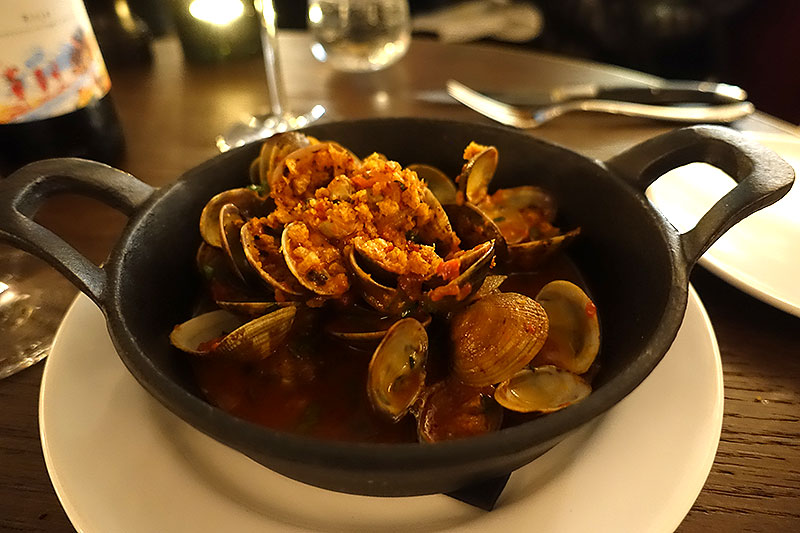 The hot clams that come with the fruits de mer

Start off with ordering the short rib croquettes and gochujang mayo (£5) immediately. This is an obvious way to kick things off, something to snack on while you're perusing the menu.

While the starters are a mix of seafood and meat, your mains are primarily for carnivores. But there's plenty available on the aforementioned cold bar. We hit that up for our main starter of fruits de mer - a fine collection of shellfish with some ceviche thrown in for good measure. This is £32 a head (we had a portion for one between us - pacing ourselves, you see). Particularly fine were the hot clams with London ‘Nduja that come on the side of this dish.

If you're steering away from the meat section for the mains, the whole south coast crab (£18) or whole lobster (£40) should fit the bill here.

But we were there for the meat and it didn't disappoint. Between two of us, we went for the ribs, rib-eye and the pit beef. While the first two were great - with the steak perfectly cooked as ordered - the pit beef was something else. A wonderfully smokey chunk of beefy loveliness that is up ther with some of the best smoked meat we've had - and that's saying something. So whoever's in charge of the smoker really has a deft hand. 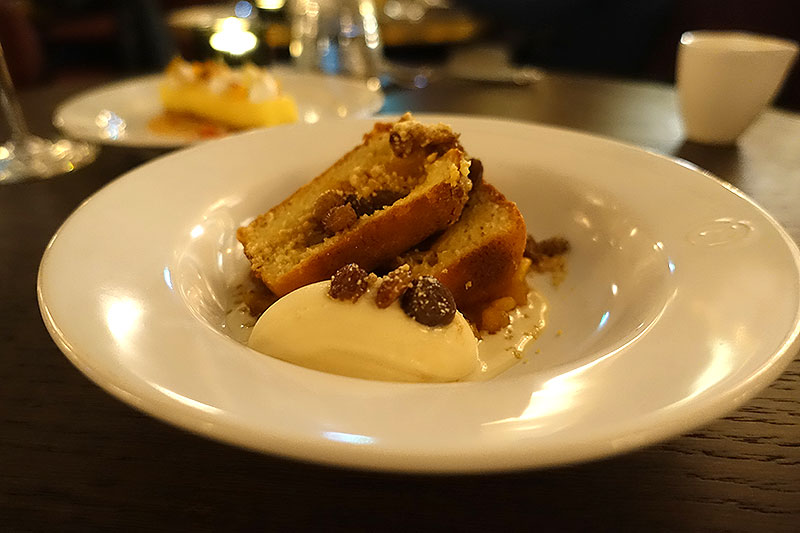 By the time we reached dessert, we were nearly ready to explode, but soldiering on tried the lemon meringue and the apple custard brioche. The latter won that round comfortably.

But instead of dessert, you might want to browse through the Whisky Compendium - 13 pages of all the whisky you could ever want.

What about other drinks?

We've mentioned the cocktails already, and wines glasses range from £6-£13 and bottles from £21 (that's a Berry Bros & Rudd White Paniza). Of course, if you're pushing the boat out, head for the Margaux 1er Cru Classé, 1986 Margaux. That'll set you back a mere £1050.

Jamie Oliver has created an impressive subterranean dining room in Piccadilly - much closer in look to something like Hawksmoor than the previous Barbecoa. And as is ever-important in a place like this, the meat was top notch. Particularly that pit-beef - so, so good.

Hot Dinners were invited to Barbecoa Piccadilly. Prices were correct at the time of writing.