So what do we need to know about Sushi on Jones?

This is the first opening for the popular street omakase restaurant that took New York by storm when it first opened in 2016. It was the city's first outdoors sushi bar in The Bowery Market.

New Yorkers LOVE Sushi on Jones - the New York Times said: "If the sushi is not quite as transcendent [as Jiro's in Tokyo], it may be the best ever made in the equivalent of a tollbooth." Since then it's opened three more New York spaces and now it's in London.

You'll find it upstairs at the newly opened Goods Way venue in King's Cross. To find that, head up King's Boulevard as if you're going to Granary Square, then turn left on Goods Way before the canal. 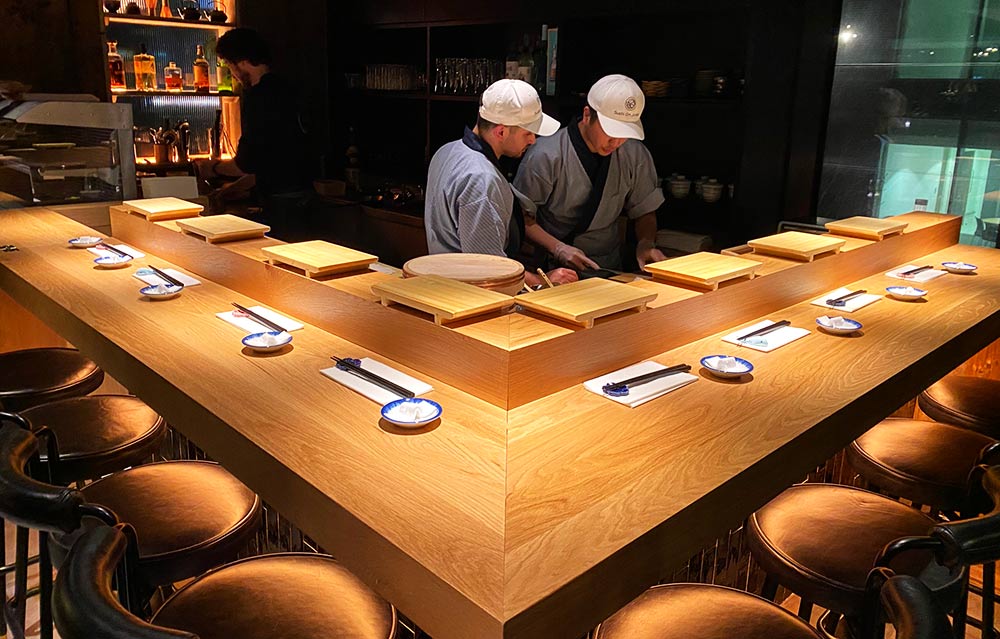 The Sweetwater bar at Goods Way is huge (the bit you see on the left as you come in, is about half as big as the room downstairs). They do a nice line in cocktails and craft beers.

So what sort of place is Sushi on Jones? Somewhere for a leisurely lunch?

In a word, no. Their USP is quality and speed, so a reservation here gets you a seat (there are just eight available) for 45 minutes for their 12-course omakase menu. If you haven't come across omakase before - that's 12 separate pieces of sushi, all created in front of you and served one piece at a time. Some piece have simply a slick of soy sauce brushed on to them, others may be lightly blowtorched. 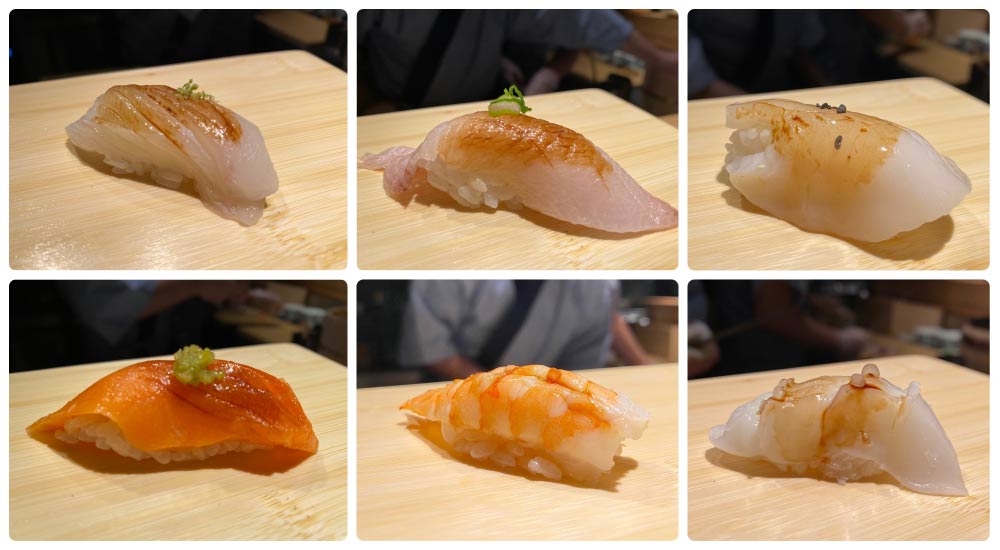 From this group, our hands-down favourite was the scallop. 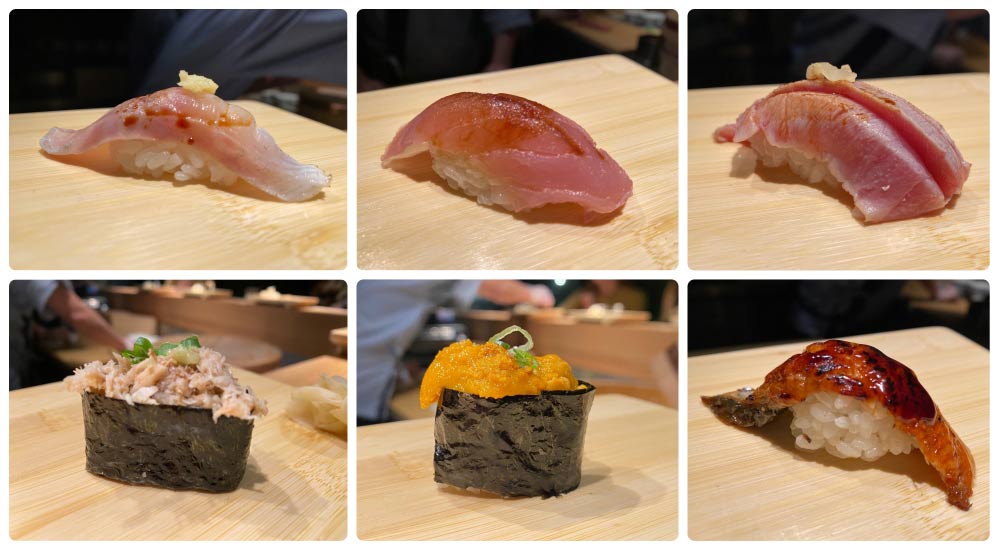 This was a harder group to choose a favourite from - the quality goes up as the meal goes on, but it was a toss-up between the tuna belly and the eel.

Anything else worth trying?

We definitely need to go back to try the dish below off the a-la-carte menu. It's the "Big Mac", featuring wagyu A5 ribeye, otoro, uni and ranges in price from £15 to £32 depending on whether you're having it like this as nigiri or as a temaki hand roll.

All the layers you could want and more. #SushiOnJones

There's a succinct drinks list, focusing on sake, wine and beer. We particularly rated the Mori 1984 Flying Pale Ale Niigata (£9) and the sparkling Heavensake (£30 for 240ml).

We can't help but think Sushi on Jones is going to be the hugest of hits. It's fast, fun and the quality of sushi was superb. Yes, it's a fast way to blow through £44 at roughly a £1 per minute before you factor in the drinks, but honestly, you'll be glad you did. King's Cross has nothing like it at the moment. It would be a great business lunch or maybe a third date spot and if you're dining solo, then it's even better. 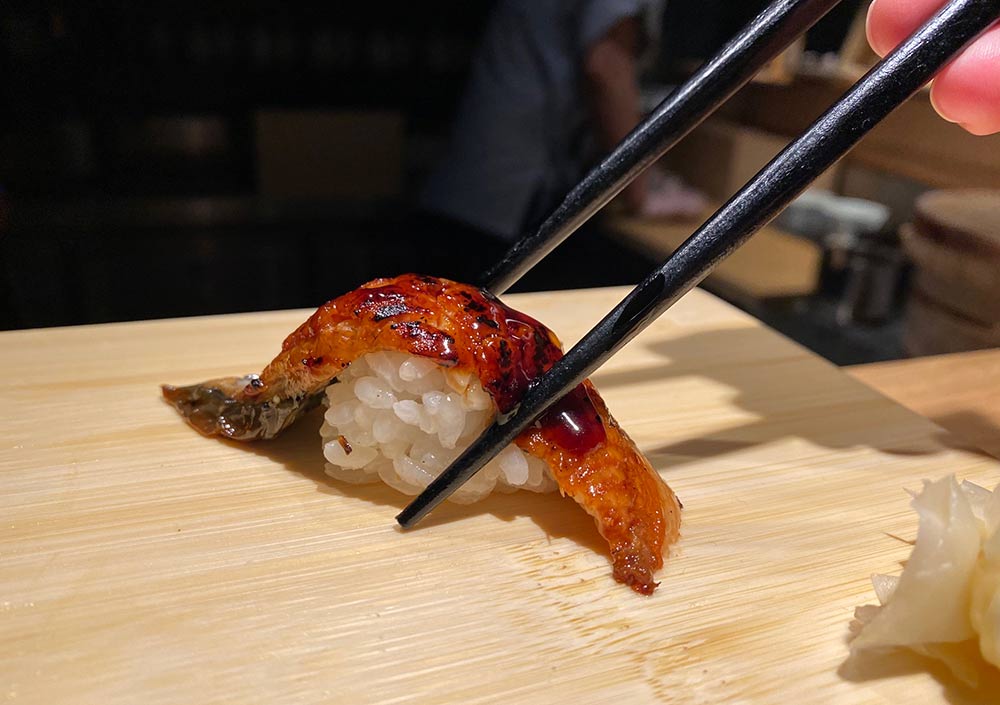 More about Sushi on Jones

When: Sushi on Jones reopens on 8 September 2021

Hot Dinners dined as guests of Sushi on Jones. Prices correct at time of publication.