[SIGPLUS_EXCEPTION_SOURCE] Image source is expected to be a full URL or a path relative to the image base folder specified in the back-end but /blog/2012/sushisambatest/gallery is neither a URL nor a relative path to an existing file or folder.
0
Shares 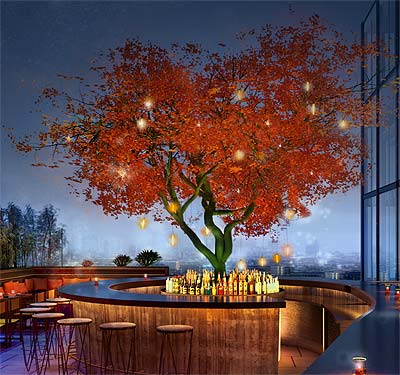 What can you tell me about Sushisamba?

Sushisamba hails from the US, with several high profile locations including New York and Las Vegas and this is their first restaurant outside of the States. It's a fusion restaurant with a mixture of Japanese (the sushi part), Peruvian and Brazilian cuisine (that'll be the "Samba" part).

The London venue is of particular interest as it's right at the top of the newly opened Heron Tower which gives it some of the best views in London.The Heron Tower is a relatively new office tower almost opposite Liverpool Street station. Sushisamba takes up the 38th and 39th floor of the building, hence the spectacular views.

If you like any of the cuisines on offer (the broad range should mean there's something for everyone) then go. While the view is constantly described as "the bonus", it's one that's utterly impossible to ignore. So it's perfect for tourists (or Londoners wanting to do the whole "I can see my house from here"), an ideal date venue and we think cityfolk will soon be making the huge terraced bars here their second home. As it's in the city - we'd recommend a degree of dressing up too and the venue warrants it.

Where should we meet for a drink?

Unquestionably in the bar at Sushisamba. We've briefly touched on the views, but they really are spectacular. From the moment after you enter the glass lift you'll see London open up in front of you as you ascent to the 39th floor. There are several bar areas, including the open cocktail station at Duck & Waffle on the 40th floor, but the most impressive by far are the two terraces. One gives a view of north and west London while you sip cocktails under a lit tree (which can be seen for miles from the ground). The other gives a spectacular view of the Gherkin building, Tower Bridge and the Olympic Park.

Alternatively, the Drift at the foot of the tower is a good spot to meet in if you all want to scale the heights together.

By the windows, if you can, ideally (although you can appreciate the view anywhere in the room) and definitely sit outside if the weather's good enough. There are also a number of booths for a more intimate meal as well as large tables for groups.

A little of everything. Although the restaurant is fusion, they're at pains to explain that only one dish is truly fusion - the Samba London roll. The rest of the menu is a mixture of either Japanese or South American dishes. We went the first day of the soft launch, so some tinkering will be going on for the next few weeks, but we thought the food was already well up to scratch.

Among our favourites were the green bean tempura with black truffle aioli (£5.50) - a snack that has jumped to the top of our bar snack favourite list. We'd happily come back to gorge on these alone. Other standouts were the wagyu gyoza (£12) and the seared tuna tataki £12.50). Of the samba rolls - the Samba London (£16) is definitely the star.

We'd also say that you shouldn't be afraid to ask for something other than chopsticks to tackle some of the non-sushi elements of the meal. That may be sacrilege - but we did think a fork would have helped on the corn tamales, for example.

The small dishes and sharing plates means the bill will have a tendency to add up if you don't keep an eye on your running total. And as you'd expect, prices here if not as high as the view, reflect its City location.

You could choose wine, but there's an interesting list of sakes here which, if you ask the sommelier, he'll match to your food. We did this and, in addition to being something different to what we'd normally go for, we found it an education seeing how well the rice wine worked with both the Japanese and Brazilian dishes.

We went to Sushisamba expecting a sense of occasion and were not disappointed. The night we were there, the staff had to compete with the huge distraction of the Olympic opening ceremony being shown on big screens (and in the background). We thought they dealt with it with aplomb. The food impressed, but we have to say that the real star is the building. It brings a real dose of New York glamour to London and will give you a fantastic new perspective on the city. They're already had thousands of reservations before they opened their doors, so you'd better book up early.

Find out more about Sushisamba

Hot Dinners were invited to eat at Sushisamba. Prices were correct at time of writing.