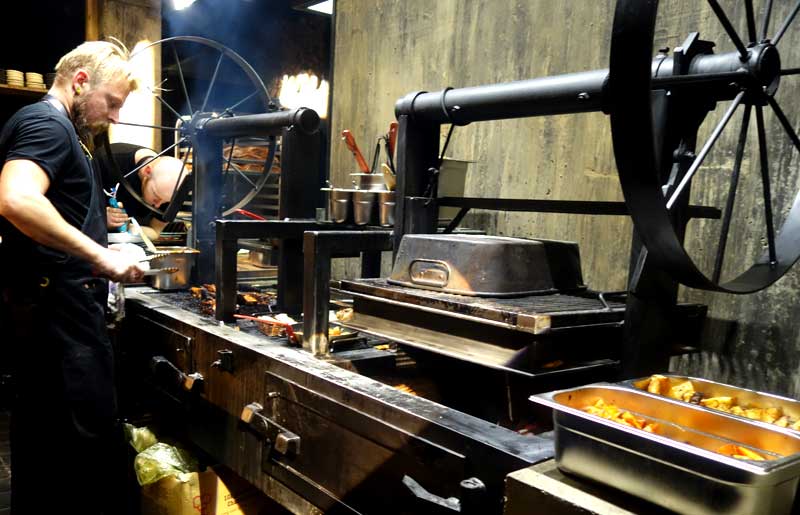 So what do we need to know about Smokestak?

Over the past two years, the man behind the restaurant, David Carter, has been building one hell of a fanbase, taking his brisket rolls and more to places like Street Feast and Hawker House. Originally from the front of house in the restaurant trade (he left his role at Roka to set up Smokestak), you'll now find him up at the pass in this, his own restaurant in Shoreditch.

Just around the corner from Shoreditch High Street station - head up Sclater Street towards Brick Lane and you'll spot it on your left. 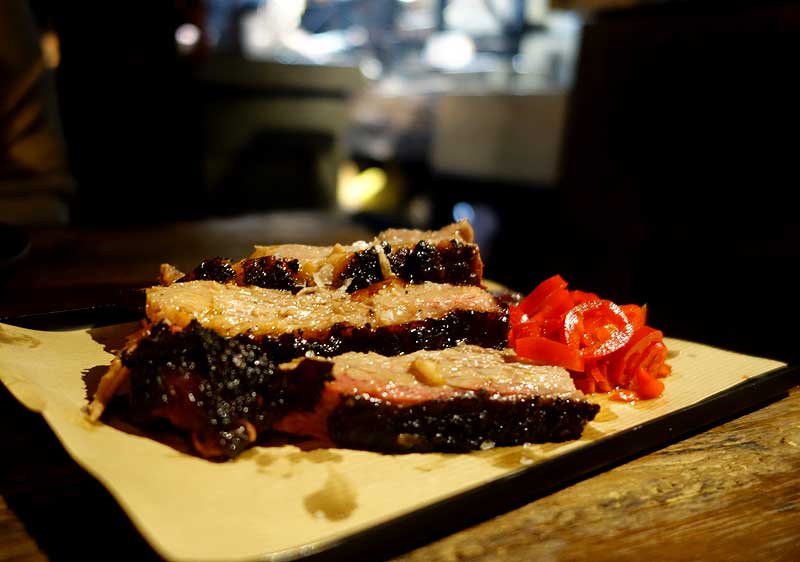 Some of the best brisket in town.

Well, they do have a basement bar here and the two cocktails we had - a plum sour (£8) and Penicillin (£9.50) were a wonderful mix of spirit and smoke. But other spots nearby include The London Cocktail Club on the same street, nearby Brewdog and there's always Cotton's Rhum Shack at Boxpark.

Serious 'cue fanatics will want to perch up at the counter and watch the chefs at work. The restaurant is split into two sides. On the left as you go in is a large communal table and some great big booths for groups. On the right is and area with tables for smaller groups and couples. 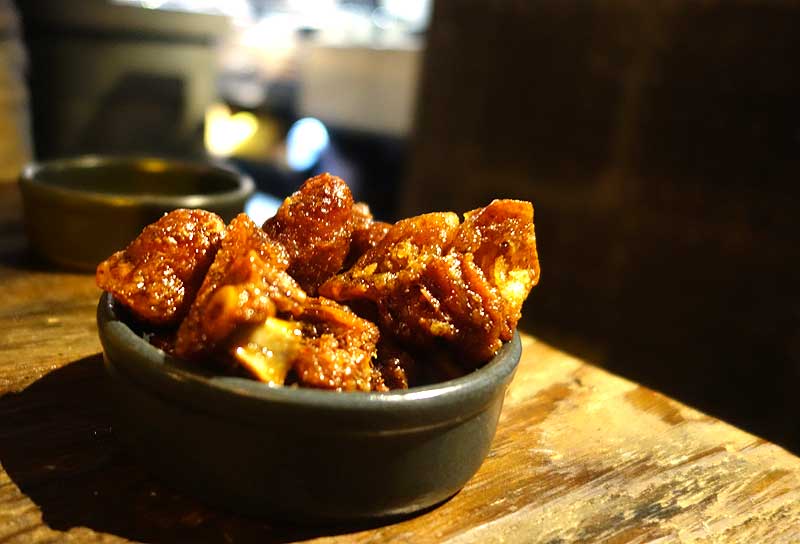 Frankly, everything. The menu is split into snacks, small and large sharing plates, sides and desserts - each have four choices (bar the desserts which is just three) so the ideal scenario would have you dining in a group of four and working your way through every dish here.

If, however, you want to get a taster then here are the must-haves:

At this point you'll be guaranteed the meat sweats and you might be thinking of missing dessert. This would be a mistake. At the very least get one of the sticky toffee puddings with burnt butter ice-cream and a lot of spoons, to share (£6.50). 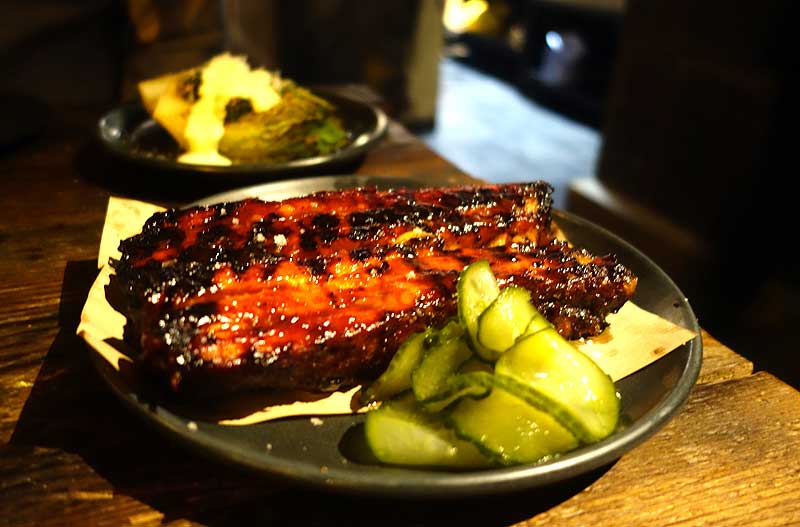 The wine list here is, as you'd expect, heavy on the red. Glasses start at just £4 and bottles range in price from £20 to £80. Our waitress recommended a Nerollo Mascalese from Sicily at £35 which wasn't too heavy and worked with the sides as well as the meat. 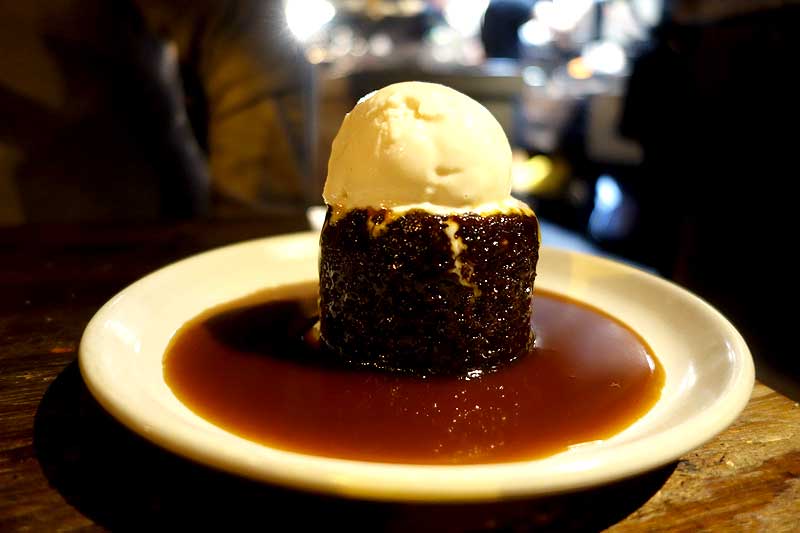 This is a marvellous steam-punk designed homage to barbecue. Real care and attention has been paid to making this more than a meat palace though - with sides and desserts both worthy of trying. The only downside we can think of (and we're reaching here) is that you'll have to launder everything you were wearing, much like you used to have to do back in the days before the smoking ban. But that's a small price to pay for a great evening out.

Check out more photos from the meal on our Smokestak gallery on Facebook.

Smokestak is at 35 Sclater St, London E1 6LB. Find out more about Smokestak.

Hot Dinners were invited to Smokestak. Prices were correct at the time of writing.