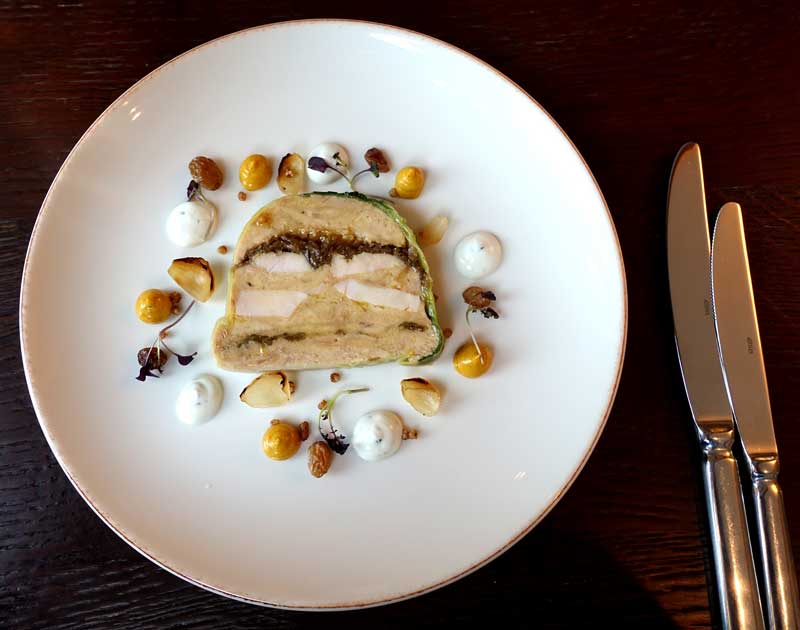 What can you tell us about Aviary?

So what do we need to know about Aviary? It opened (along with a slew of other places) in the manic run up to Christmas. The restaurant is from the group that brought you The Jugged Hare and the Botanist - and which also run Burdock bar on the hotel's ground floor.

It's on the top floor of the Montcalm Royal London House hotel in the North Eastern corner of Finsbury Square in Moorgate. The restaurant has lovely views over the city, particularly from its massive terrace which will be a fine place to hang out come the summer. We popped in on a quietish Sunday to check the place out and put their Sunday lunch through its paces.

If the weather's great - then you'll want to come straight up to the rooftop bar here. If not, the ground floor Burdock looked pretty nice. There's also the newly-rebranded Alphabeta Bar at the Modern Pantry (also on the square) or the Singer Tavern with its 5CC cocktail bar downstairs. 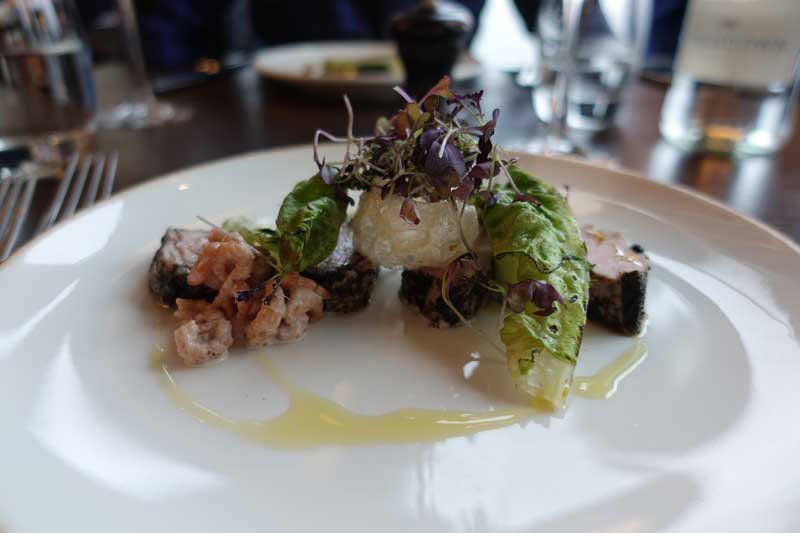 Well by the windows is obviously prime territory - although we're not sure why they frosted the lower half of the windows, blocking out quite a lot of the view when you're seated at the table. There's also plenty of counter dining too.

So what sort of food is on the menu? 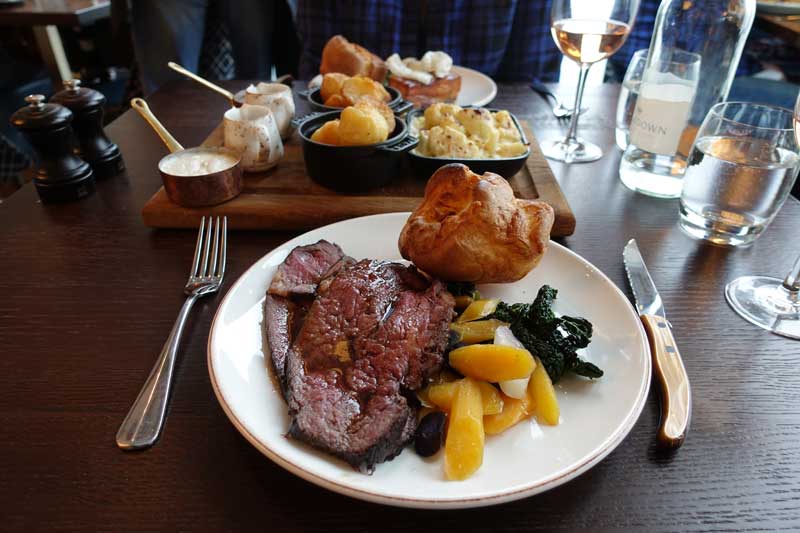 The group makes much of its focus on great British produce, so the meat comes from heritage breeds and fish is sourced from south coast day boats and British fishing ports, wherever possible. The menu is split into standard starters, mains and desserts - but look out for dishes cooked in the charcoal oven.

We kicked off with some cracking starters - a lovely Suffolk chicken terrine with spiced mayo, charred onions and raisins (£8) - tasty AND beautifully plated, and a simply lovely 'surf and turf' combo of Kombu marinated pork with brown shrimps and pork puff (£8.50). These set the tone of the meal to come - on paper they might sound straighforward but the presentation and level of cooking was properly impressive.

Of our two Sunday roasts (both £21), the old spot pork belly with aple and lack garlic sauce was good, but cast into the shade by the really excellent retired dairy cattle beeef rump - wonderfully cooked and beautifully tender. 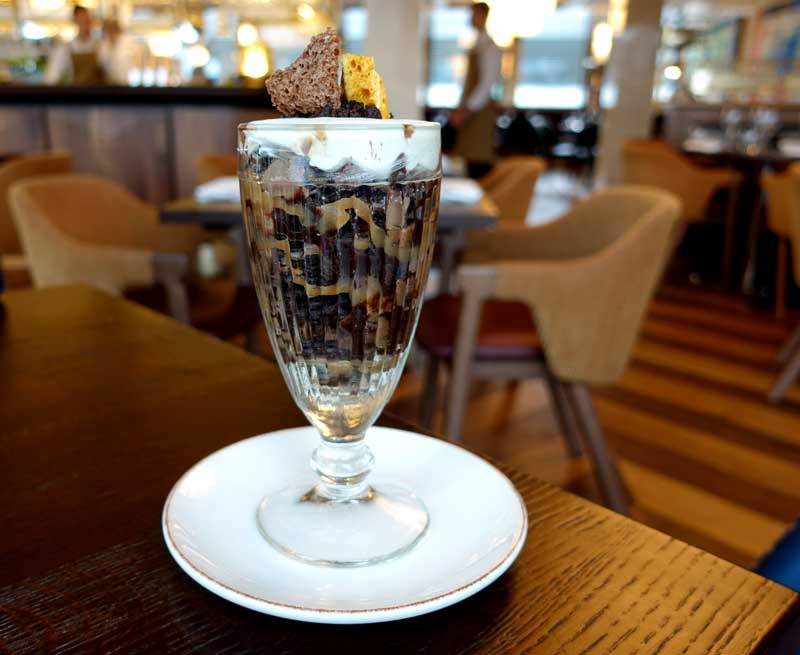 Of course a Sunday lunch is only as good as all the sides that it comes with and the roasties here were excellent - a whisper within being as good as homemade - and we also enjoyed the Yorkshire puddings, cauliflower cheese and veg which came with loads of gravy on the side.

Desserts (all £7) continued the theme of everything being better than we'd expected or hoped - a milk chocolate mousse with salted caramel, almonds and malt ice cream did the job of delivering a decent end of meal sugar kick without killing us. But it was pipped to the post by the chocolate and honeycomb sundae which was a marvel.

For a hotel restaurant this is so much more than you'd think. Add to that the views (and the joys of the terrace come summer) and you've got a pretty unbeatable combination in Aviary. It's just the kind of place that would leave tourists with a good impression of the state of the British dining scene. A cracking Sunday roast all in all.

Hot Dinners were invited to Aviary. Prices are correct at the time of writing.