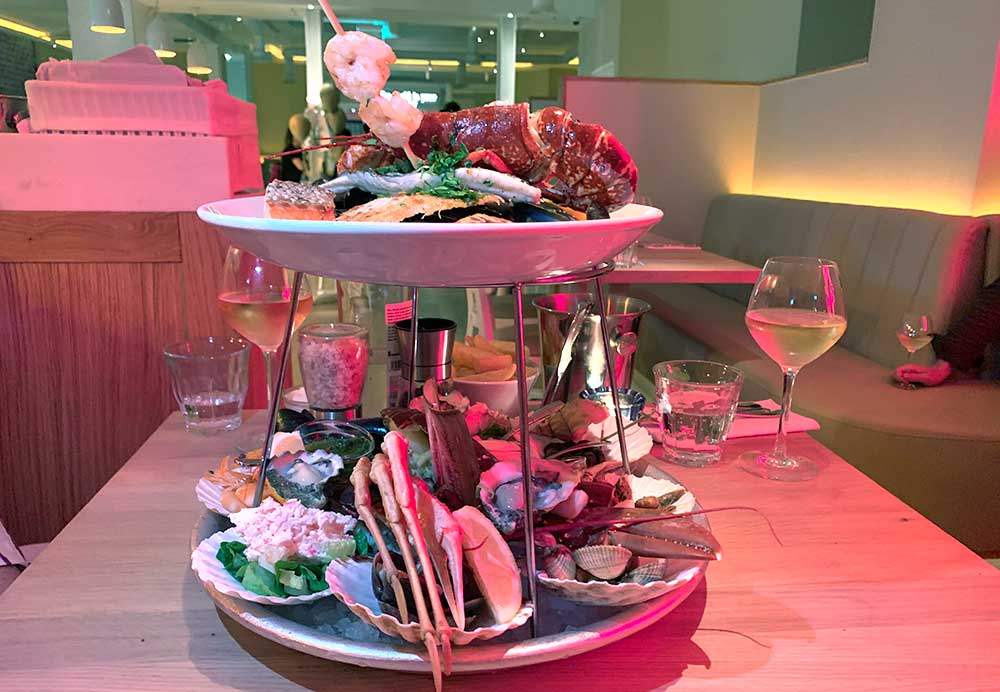 The main event - a mixed platter of grilled fish on top and shellfish below - this is £79.50 for two and it is BIG.

What can you tell us about The Seafood Bar?

The Seafood Bar hails from Amsterdam originally and has expanded across Amsterdam and Utrecht. This is their fifth restaurant and the first outside The Netherlands, and sees them setting up shop in Soho. It's a family-owned business that has spun off from a fishmonger and as you might guess from the title, it's mainly all about seafood.

We'd say it's on the more casual side of London seafood restaurants, with the seafood platters best suited for groups.

It's taken over the pretty huge premises that was once The Red Fort on Dean Street in Soho. As well as an expansive ground floor dining room with an open seafood bar, there's a lot more space in the basement including several huge banquette spaces under bricked arches. They would be extremely handy for group dinners or parties.

As mentioned - seafood is front and centre so if that's not your thing at all, look elsewhere. Options like caviar, oysters, mussels and, of course, fish and chips are all available. But the real attraction will definitely be the Fruits de Mer and mixed grill platters.

Here's a taste of what's on offer: 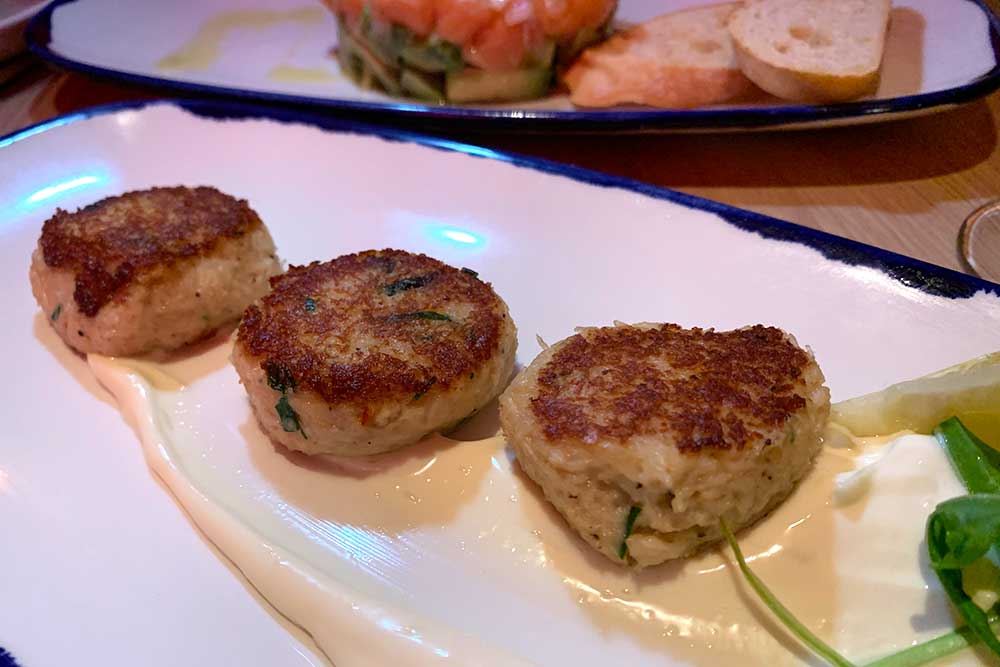 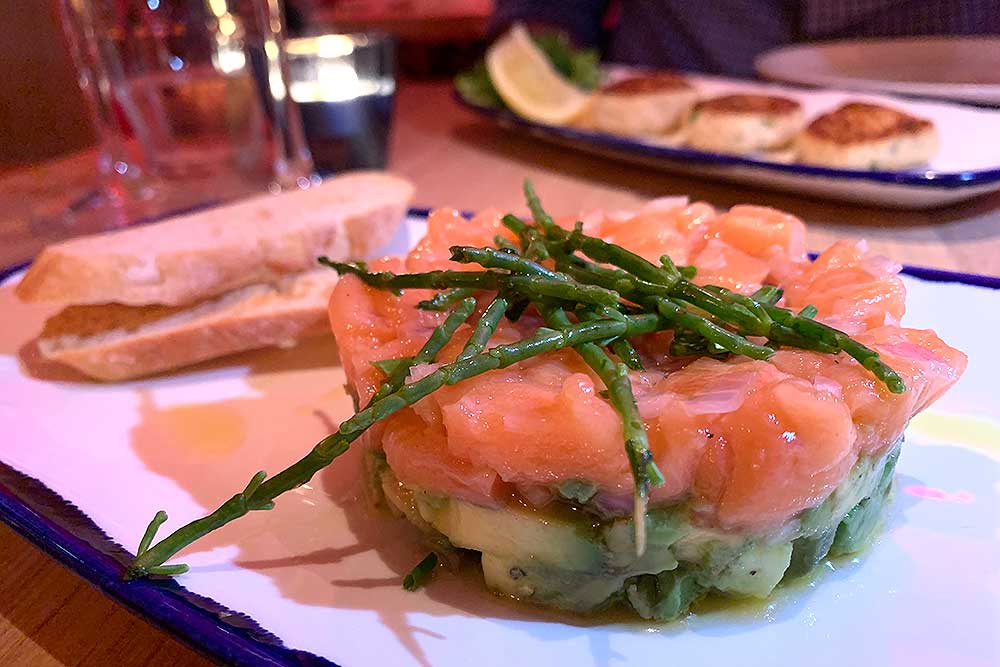 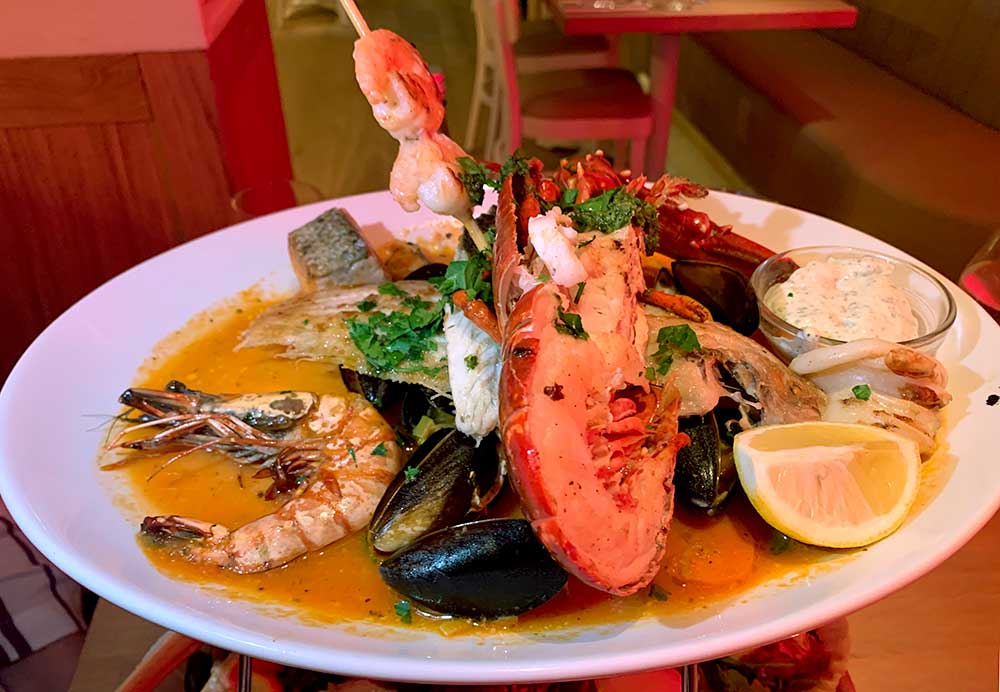 Part one of the platter - a mixed grill from the plancha. This includes a half lobster, shrimp, squid, slip sole (which was notably well cooked), king prawn, salmon and seabass fillet - all served with mussels in tomato sauce. The only thing we'd say about getting this as a mixed platter is that you feel slightly rushed to finish this while still hot before moving to the lower section. It is available on its own for £35pp though - and really is more than enough for dinner. 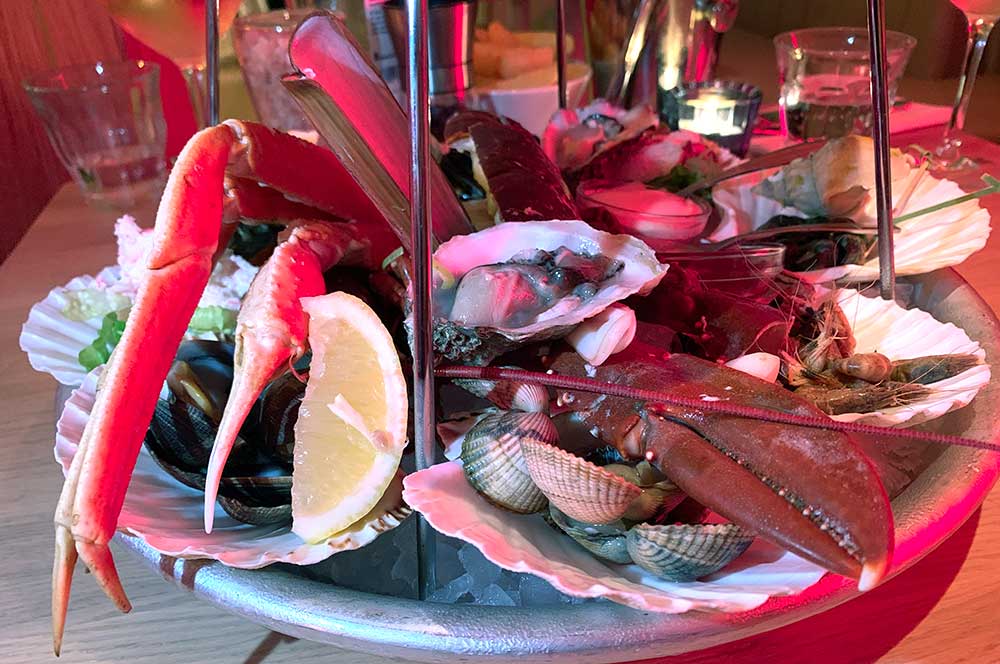 On the bottom is the Fruit De Mer, the Seafood Bar version (a cheaper alternative is available on its own for £27.50pp). This includes lobster, oysters, mussels, cockles, razor clams, brown shrimps, salmon, clams, Devon Brown crab, periwinkles, shrimps, Northern prawn, seafood salad, seaweed salad, langoustines and prawns. A larger-scale version of this is also available on its own at £49.50 for one and £87.50 for two. It is BIG. 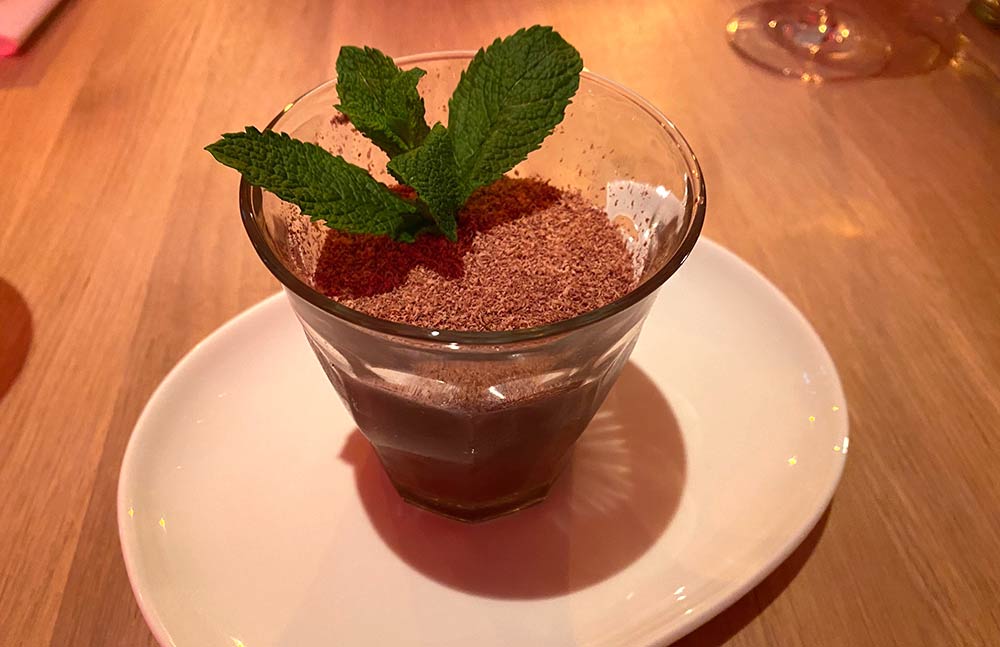 For dessert, a simple chocolate mousse - but it's nice and light and we'd definitely recommend sharing one to finish off a meal for two.

Cocktails are around the £10-12 mark, and primarily gin and tonics or classic cocktails - although there is an Ocean Bloody Mary which features oyster as part of the mix. The focus really is on the wine, though, and prices start at a pretty reasonable £25 a bottle (a Spanish Casa del Arco, Blanco, Vino de Espana) and head upwards to the £150 mark if you fancy (we had a Picpoul for £35 which worked well). Given the emphasis on seafood, there's plenty of Champagne (starting at £62.50) and Prosecco (from £35 a bottle).

Taking a different approach to many of London's seafood restaurants,The Seafood Bar is making huge seafood platters available to a wider audience in a more casual environment. Clearly it's a winning formula as it already looks like it's finding plenty of fans in Soho.

Hot Dinners ate as guests of The Seafood Bar, prices are correct at the time of writing.