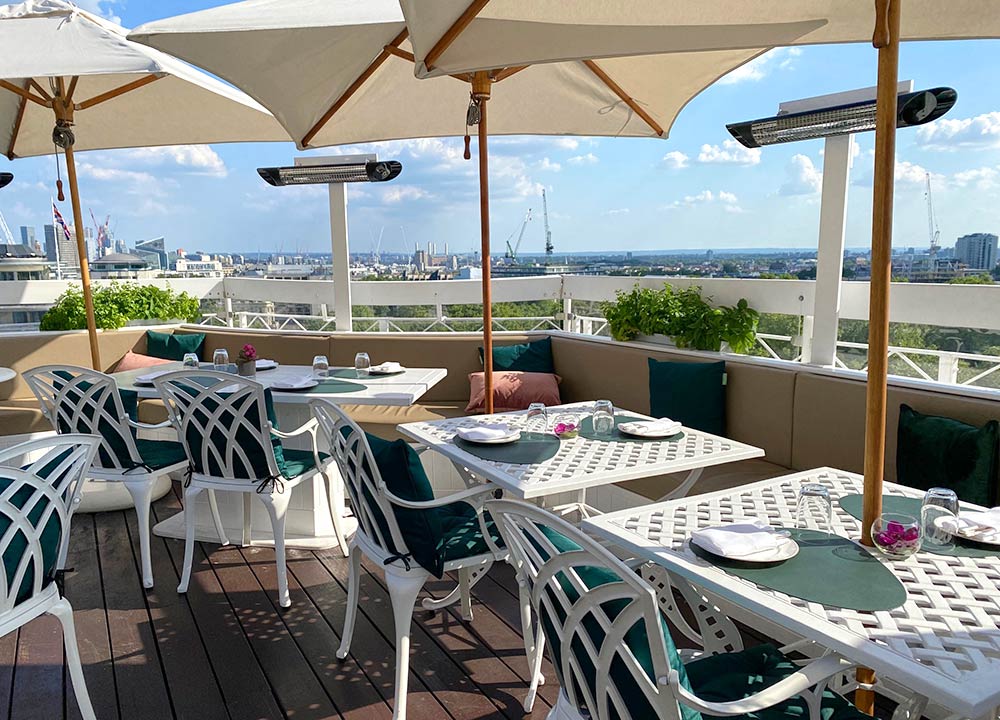 The wrap-around terrace here means there's a spectacular view of London in almost every direction.

Wait, there's a restaurant on the roof of the Dorchester?

There is indeed. It opened back in April when alfresco dining was the only dining allowed and has been a runaway hit ever since. There's been a rotating series of chefs in the kitchen over the following months - including Francesco Mazzei and The Grill at The Dorchester's Tom Booton - but now it's the turn of an American import, The Polo Lounge.

Isn't that a Beverly Hills place?

Absolutely - a place that Hollywood legends and power players still frequent when they're in Los Angeles. But, for the first time, it's popping up this side of the Atlantic. The rooftop space has been transformed to give a West Coast vibe - you've just got to pretend you're looking out across the palm trees of Sunset Boulevard rather than the plane trees of Park Lane. 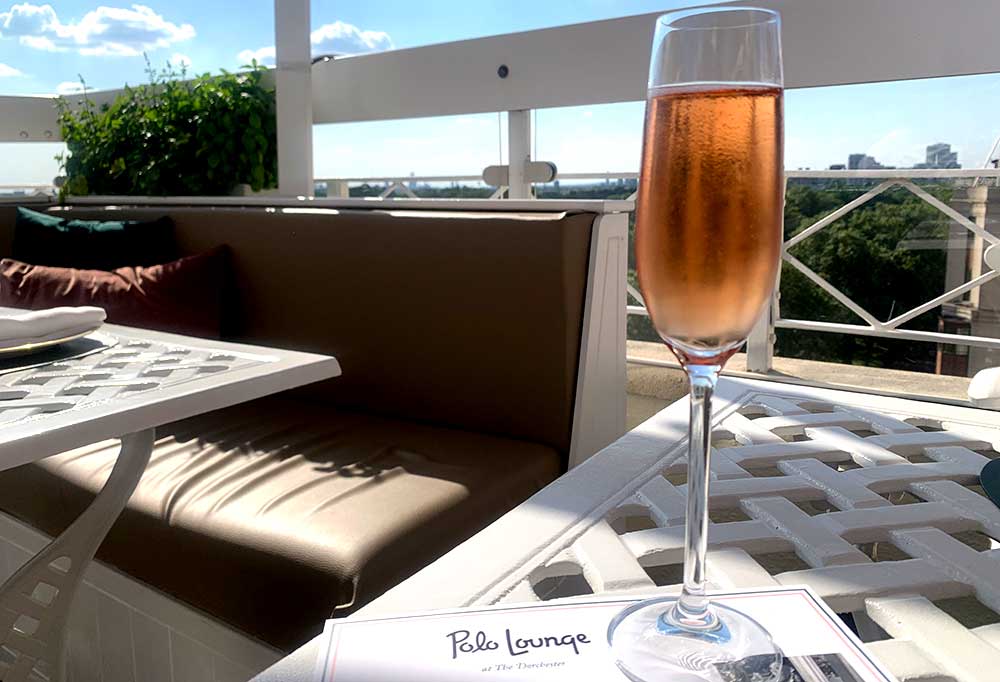 The pop-up is in association with Veuve Clicquot so it seemed only right to start with a glass of their Rose (£28).

Think hotel luxe with a West Coast flavour - everything's designed to be shared, so really the best way to do it would be to come with a group and have one or two of the larger dishes between maybe four of you, so it's not quite so spendy. 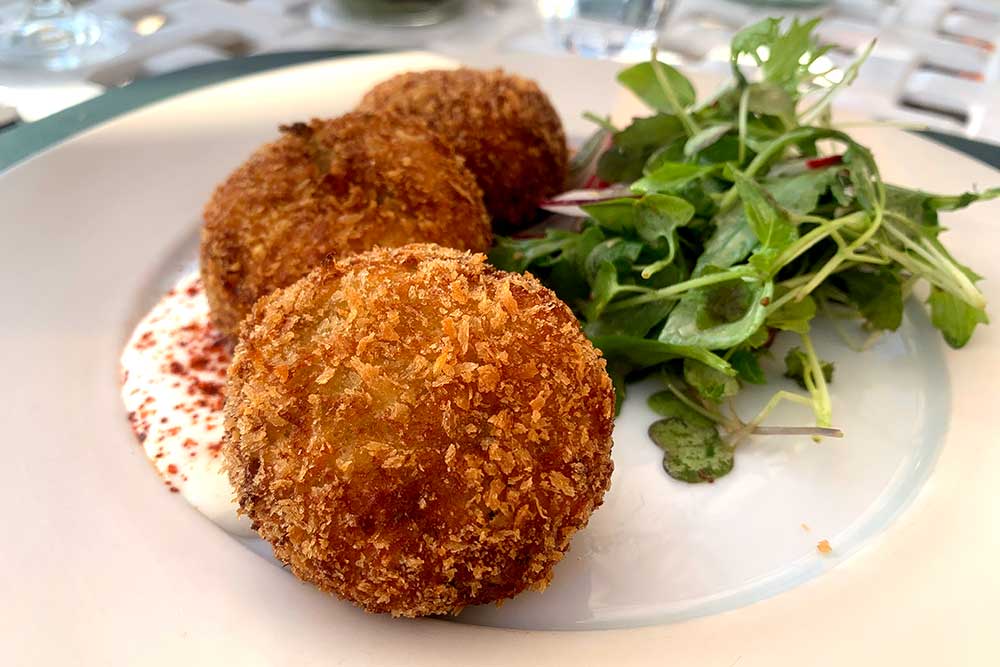 Polo crab cakes (£38 for three) - lovely punchy seasoning made these a winning order. 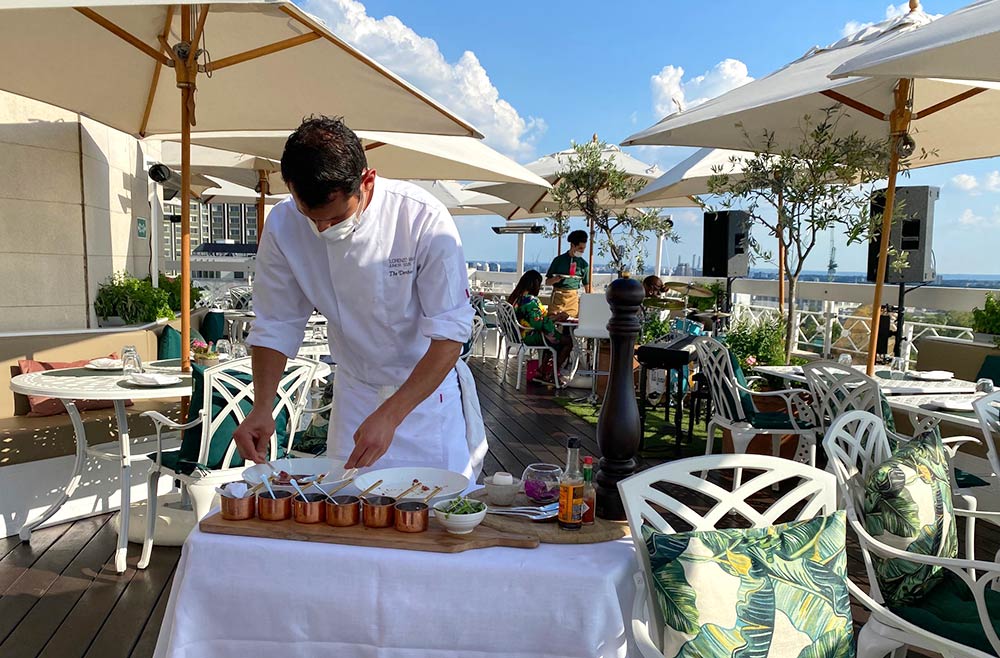 Steak tartare (£42) - if you're after a bit of tableside theatre, you can't go wrong with this which is whipped together on a trolley beside you... 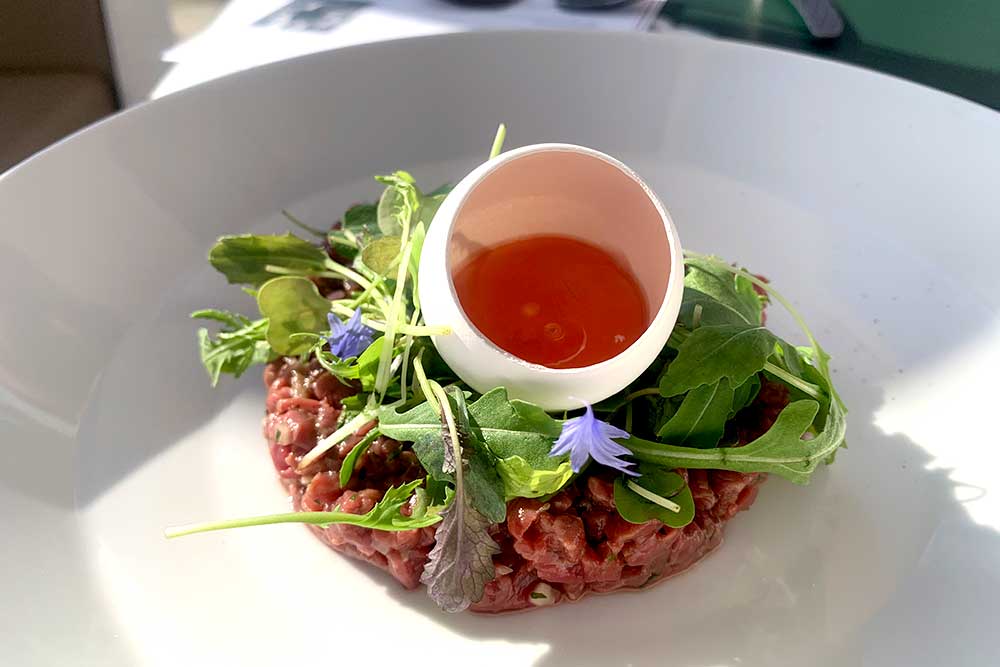 ...before being served up, topped with a sprinkling of edible flowers (and a yolk that you pour from that shell and break up).. 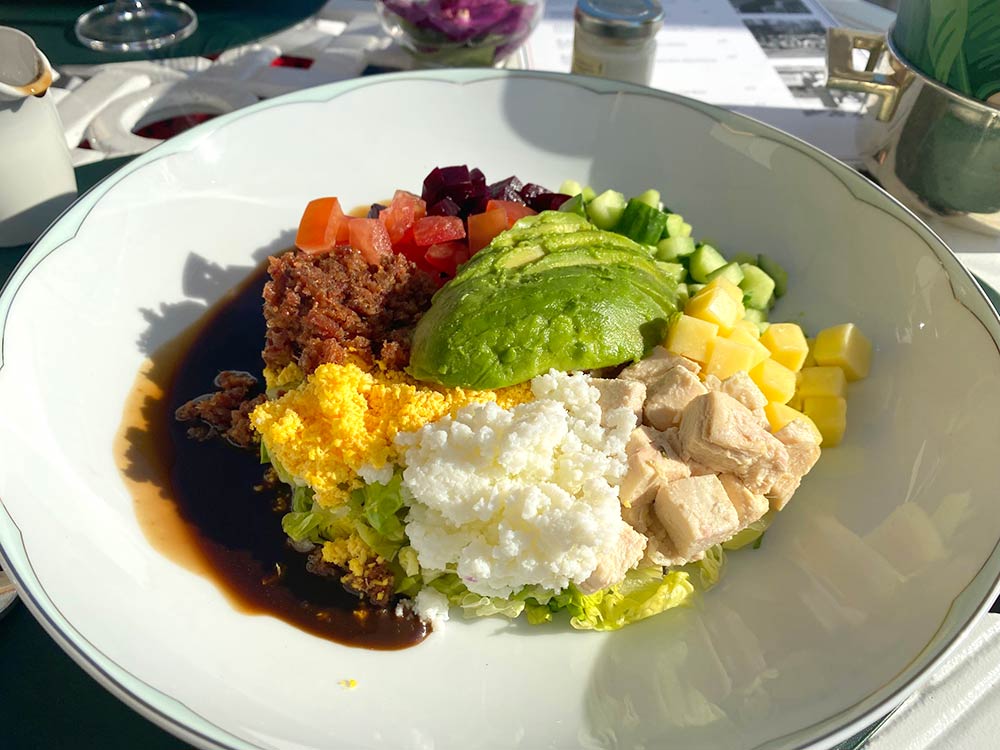 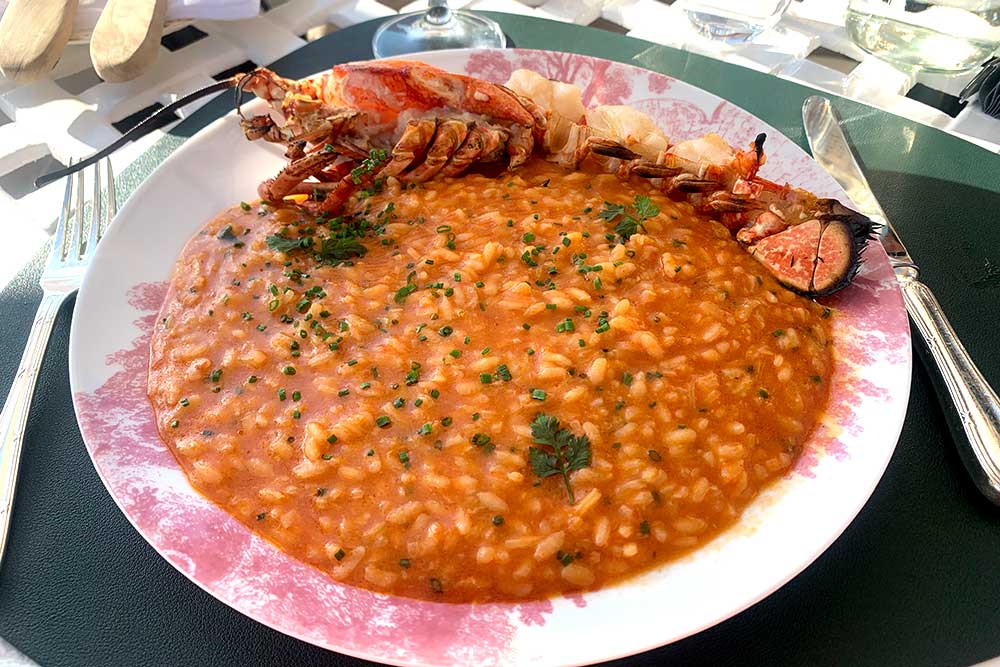 Lobster risotto (£70) - a huge dish featuring butter-poached lobster tail and claw and the deepest flavoured shellfish risotto we've had in a good long while. 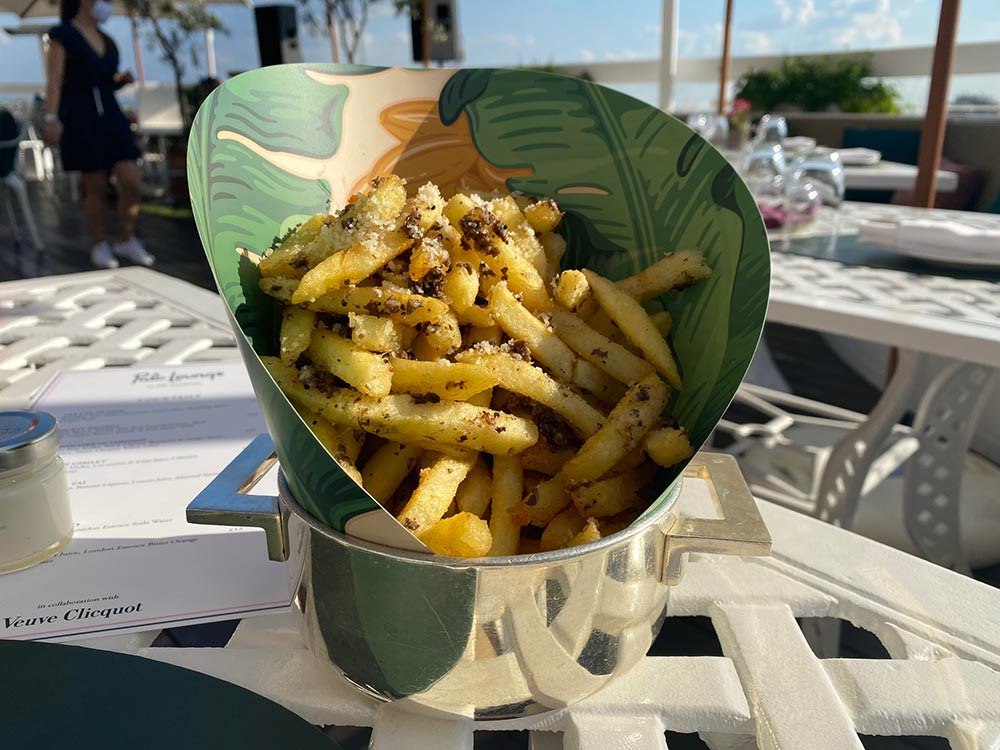 The Parmesan truffle fries (£16) are also a huge portion, but you'll probably devour them all.

Only just about. If you're after the most Insta-friendly option, that's definitely the cold strawberry souffle with the Polo Lounge logo on the top. 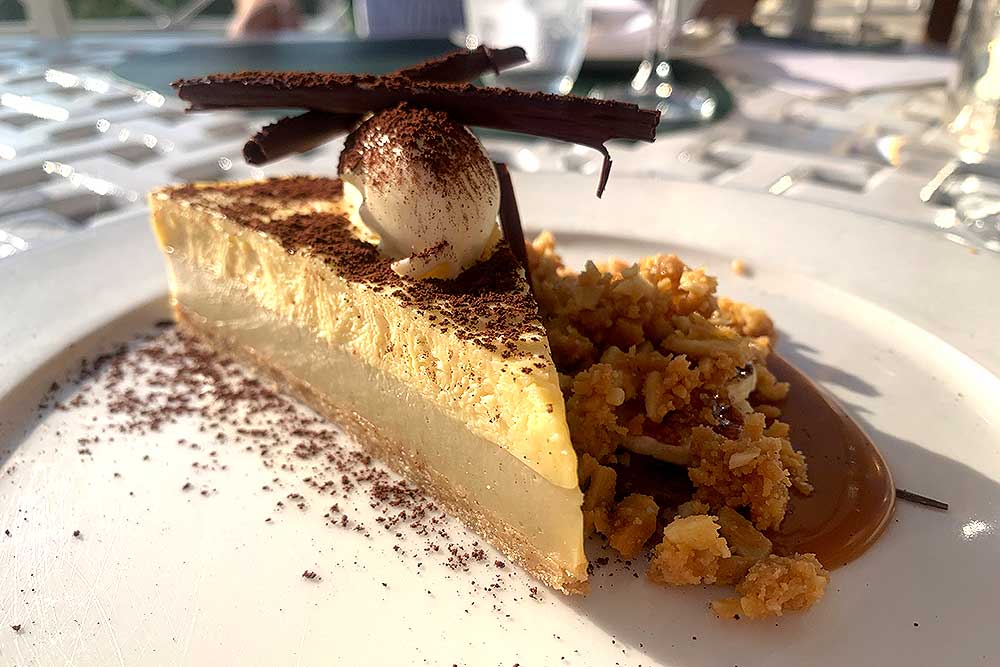 Banoffee tart (£16) - layers of vanilla and banana custard along with Dulce de Leche and toffee crunch.

This slice of Los Angeles life in Mayfair is turning out to be quite the place to be seen. Celebrities spotted here over the past few weeks have included Priyanka Chopra and TOWIE folk Sam and Billie Faiers. There's even a live band to keep things lively. Sure it's expensive, but, you know, it's Park Lane prices, and then some. Head here at dusk for a truly spectacular London sunset or settle in for a long lunch in the sun - this might be the closest thing you get to a holiday hotspot this summer.

More about the Polo Lounge at The Dorchester Rooftop

How to book: email restaurants.TDL@dorchestercollection.com or call them on 020 7629 8888.

Hot Dinners dined as guests of The Dorchester. Prices are correct at the time of publication.