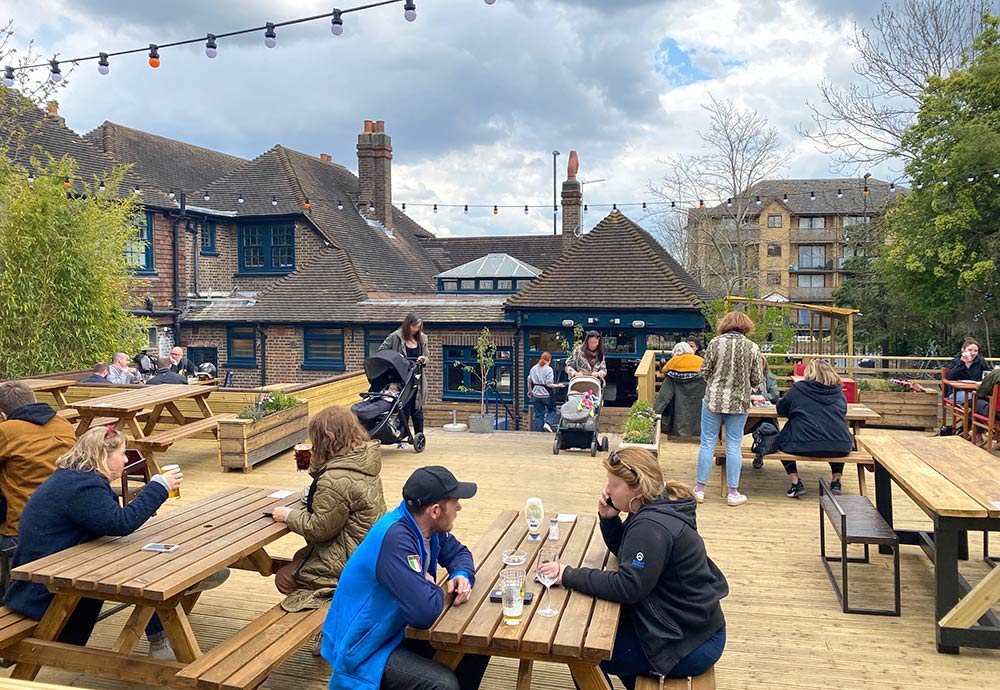 What do we need to know about The Perry Hill Pub?

This huge South Eastern pub had been closed for a number of years so news that it was being opened by a team with a particularly interesting background in pubs had locals all aflutter. The owners are husband and wife team Phil Sutton and Oonagh McCormack. Phil previously ran The Florence in Herne Hill while Oonagh worked at The Pig’s Ear in Chelsea and The Belle Vue in Clapham. Having decided to go into business for themselves, this is the couple's first pub together - watch this space for news of more to come.

You'll find it, as the name suggests on Perry Hill in Catford. It's an easy ten-minute walk from Catford and Catford Bridge stations.

And then some - the garden here is absolutely massive. There's a terrace section under cover beside the pub, as well as various sections throughout the garden - including some under a huge stretch tent. We went on a sunny, but brisk April Friday for lunch and the outside area was packed.

Presumably, the food is worthy of note?

It certainly should be. Phil and Oonagh had the genius idea of bringing in local pub food supremo Jamie Younger, who used to own the much-loved owned The Palmerston in East Dulwich and still runs The Begging Bowl in Peckham. The cavernous pub garden had plenty of room for them to install a smoker, so that's the first tranche of the menu being served up now, with takes on pub classics (sugar pit bacon with your ham, egg and chips for example) and top quality Sunday roasts coming in due course.

Here's an idea of what they're serving: 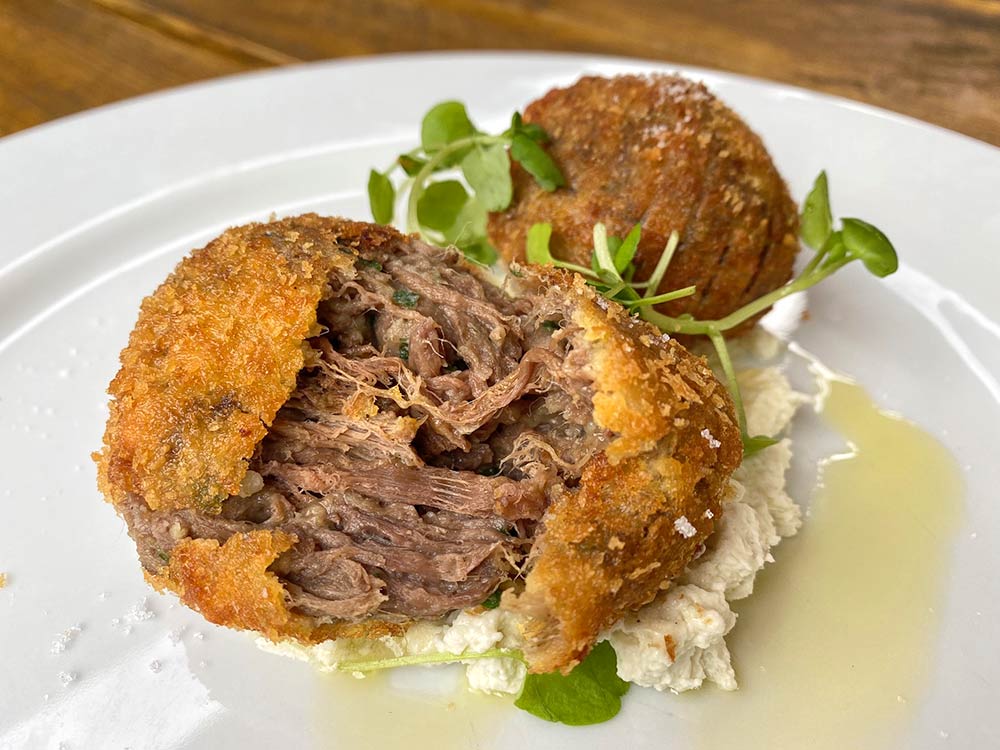 Beef shin croquettes with horseradish cream (£7.50) - they have not stinted on the meat here. 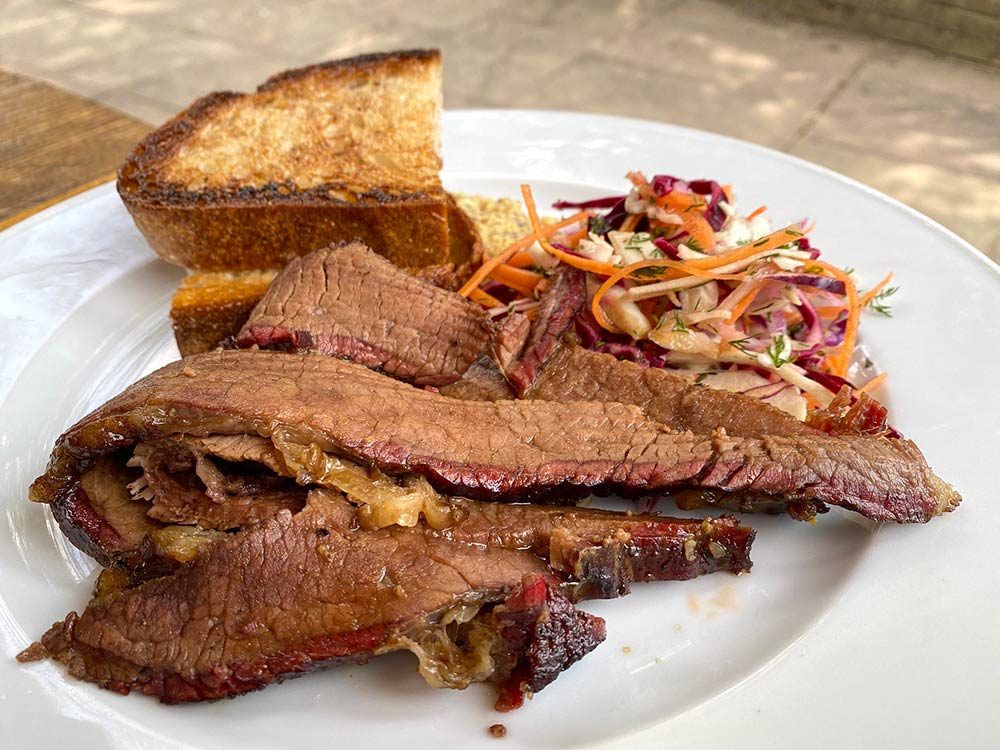 Cumbrian heritage beef brisket served with bread and (£14.50) - this is from the smoked & slow section of the menu, all done in their huge smoker. Other alternatives are a shredded Saddleback pork Boston butt and a smoked Devon red chicken. 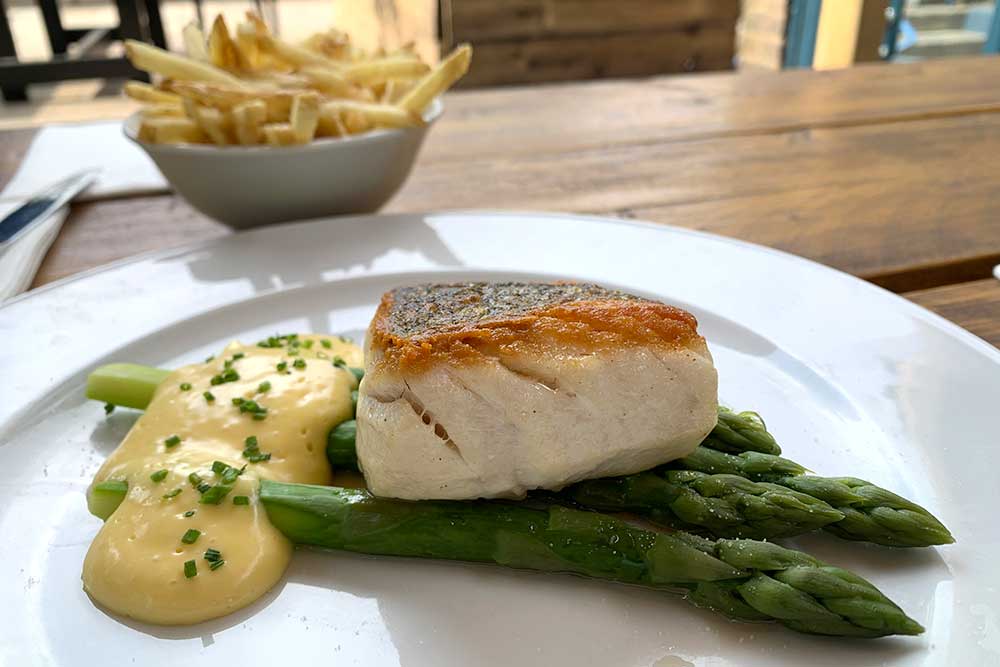 Hake with asparagus and hollandaise (£14) - this dish is a sign of what the pub will really be able to do more of, once they're fully into the swing of things and once inside dining is a thing again.

What about plant-based dishes?

Vegetarians and vegans are well served from the symplicity vegan burger and the BBQ cauliflower steak to this cracker from the starters section. 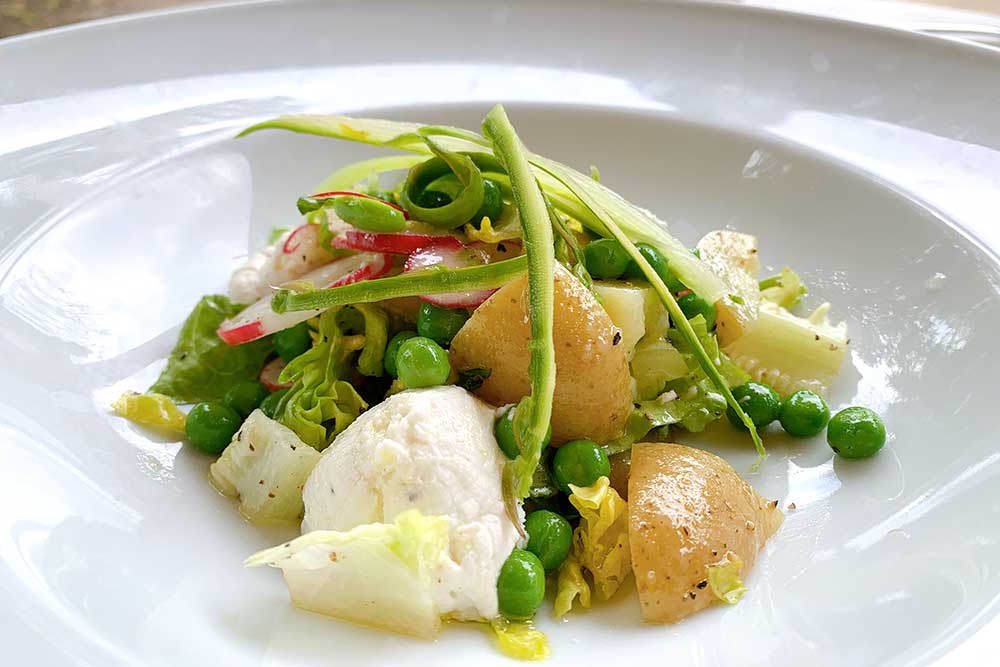 Even if it requires a few laps of the capacious garden you should definitely make sure you have room to try one of their desserts, whether that's the roasted pineapple, a bourbon and pecan pie or this... 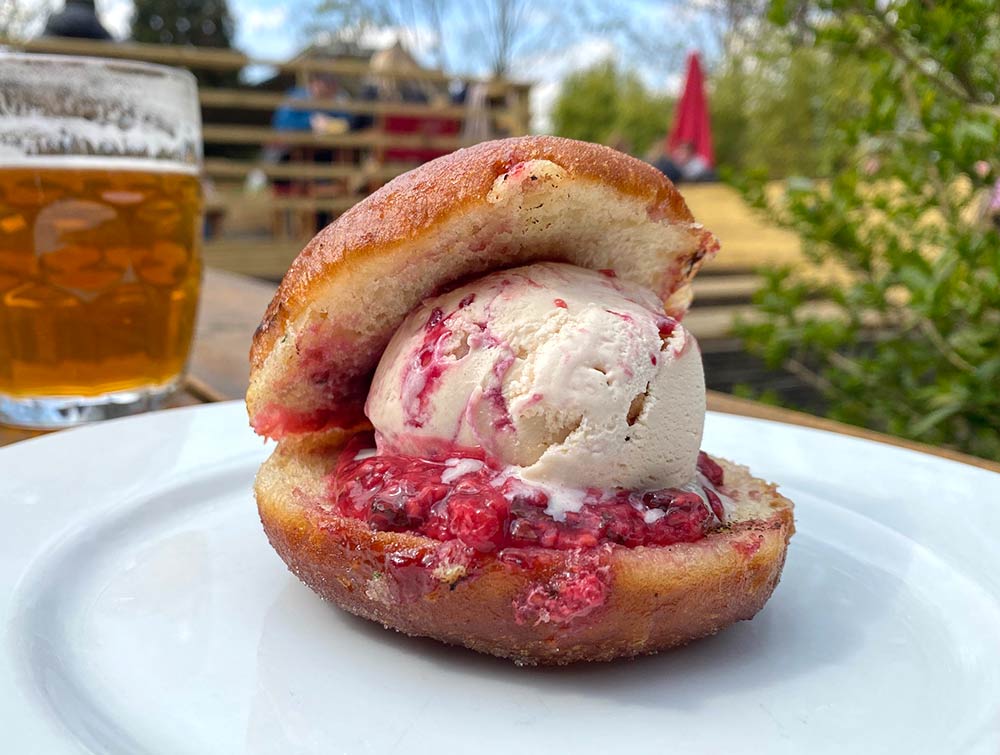 Clearly, a pub with this name had to make sure there were some perries on the drinks list and there's a wide selection of beers too (with even more being added over the coming weeks). On the wine front, bottles range in price from £22 for a Sangiovese up to £45 for a Super Tuscan. The Aperol Spritzes looked like they were going down a bomb too.

A common refrain could be overheard from all the people arriving at the Perry Hill Pub - everyone was just thrilled to have the pub open again, and genuinely delighted that such a good pub had landed in their laps.

At the time of writing, it's obviously only open for alfresco drinking and dining, but the interiors looked very cosy. There is still plenty on the team's to-do lists, including a 'pirate ship' style playground and a private party area too. The revival of a great neighbourhood pub is always a thing of great cheer, not least in these trying times but it looks as though the Perry Hill Pub firmly have their neighbours on-side.

More about the Perry Hill Pub

How to book: book a covered table online - others are walk-ins.

Hot Dinners dined as guests of the Perry Hill Pub. Prices correct at the time of publication.