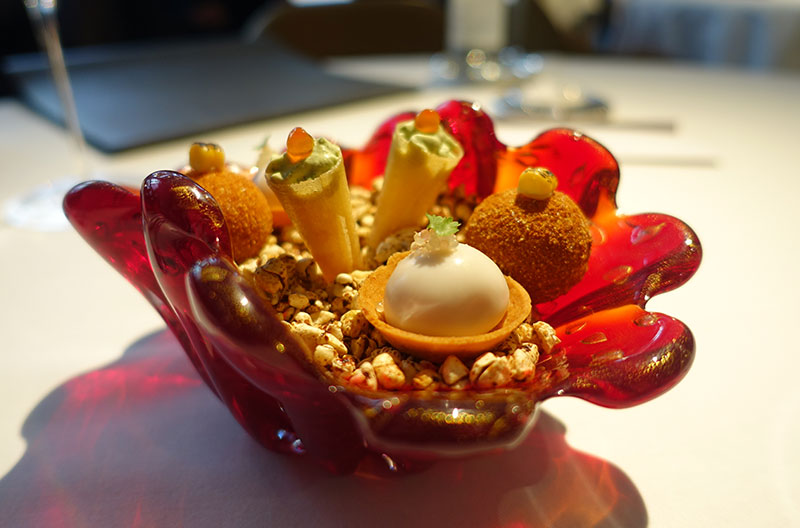 So, what should we know about The Square

For 25 years this was the spot where Philip Howard reigned supreme - he earned two Michelin stars for the restaurant during his tenure. Last year the restaurant was sold to Marlon Abela (owner of Umu and The Greenhouse).

Howard is now at Elystan Street and The Square was closed in the summer for a major do-over to coincide with the arrival of new head chef Clément Leroy. Leroy spent 10 years working at Guy Savoy’s three Michelin-starred Paris restaurant and was most recently at Auberge du Jeu de Paume in Chantilly. He's joined in the kitchen by his wife and head pastry chef Aya Tamura. 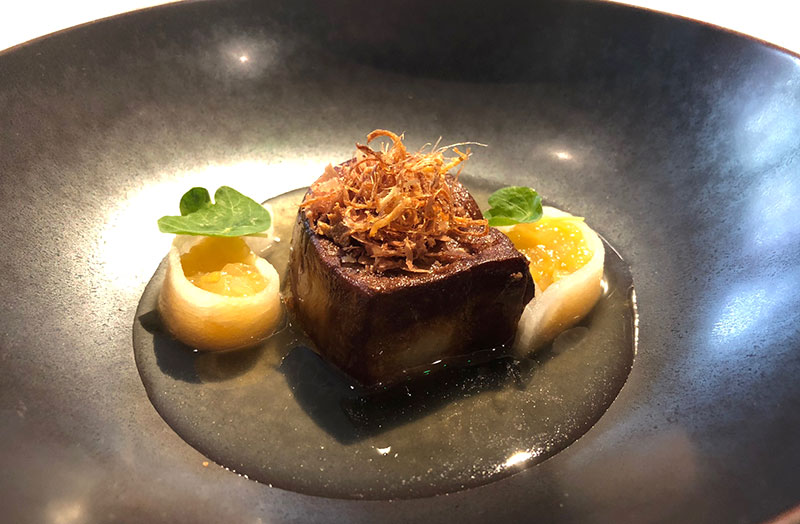 So how different is it?

Well, to be honest, we hadn't been before. But in Abela's words to Restaurant Magazine "it's a new restaurant, we kept the name because of its heritage."

Yes, looking at before and after shots, it looks a lot more modern now - there's also a lot of art and sculpture from Abela's own collection.

The space is split into a section of mini booths for two along the window, moving on to larger tables in the main space of the dining room. There's counter dining in the large bar as you enter the restaurant and also a private dining room that can seat 18. 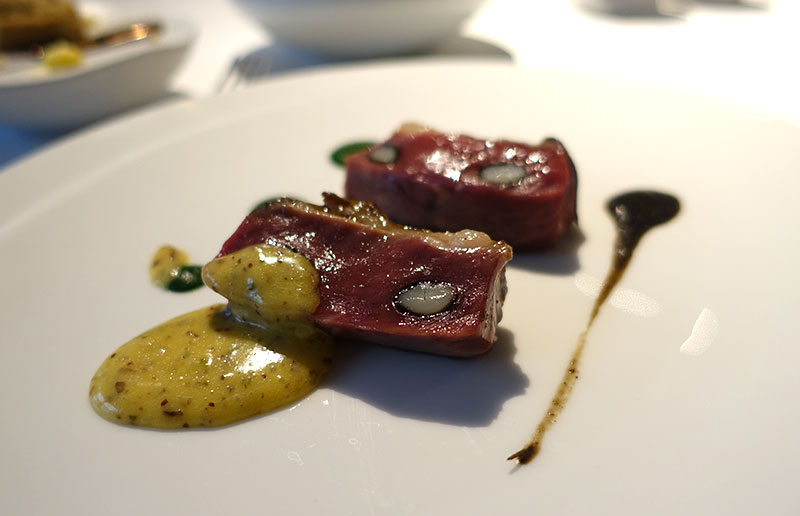 The Coach & Horses on Bruton Street is about 30 seconds from the front door. But our recommendation would be the nearby Guinea Grill on Bruton Place for one of their barrel-aged negronis.

Think modern fine dining - so luxe ingredients but a much lighter touch - a marriage of French and Japanese influences, pretty much matching the chefs in the kitchen.

There are set menus and tasting menus, but the four course a la carte is what they want to focus on, so that's what we ordered from. Starters and desserts are the strongest points, we feel, with a lot of extra touches on the side. The main courses needing just a little more oomph (and a teeny bit more volume).

Of what we ate, our favourite dishes were:

Following dessert was one of our favourite moments of the meal. When it's time for coffee, along with some excellent mini-choux you're presented with a large slab of dark, salted chocolate and a heavy silver hammer, which you use to shatter the chocolate. It's a neat touch and it helps that the chocolate itself was excellent. 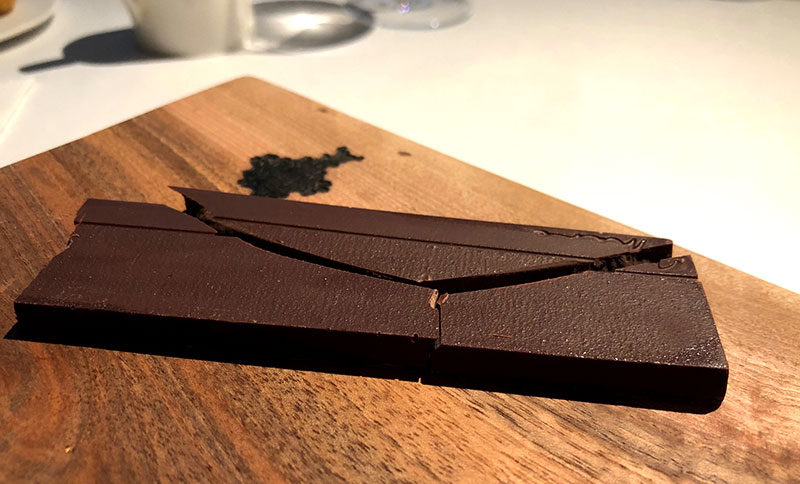 Chocolate post-smashing. (And after we'd already started snacking on it...)

We didn't really put the wine list through much of test, I'm afraid - sticking to just one wine. But if you do want to give it a good going over you could do your bank balance some serious injury.

As befits its Mayfair location prices are punchy. The cheapest bottle we could find was a Muscadet at £30 although if you look carefully there are a few in the £30-40 bracket. But equally, you could really make headway a banking bonus with wines like a 2005 Romanee Conti at £9250 or a 1990 Echezeaux Grand Cru from Henri Jayer at £14k. 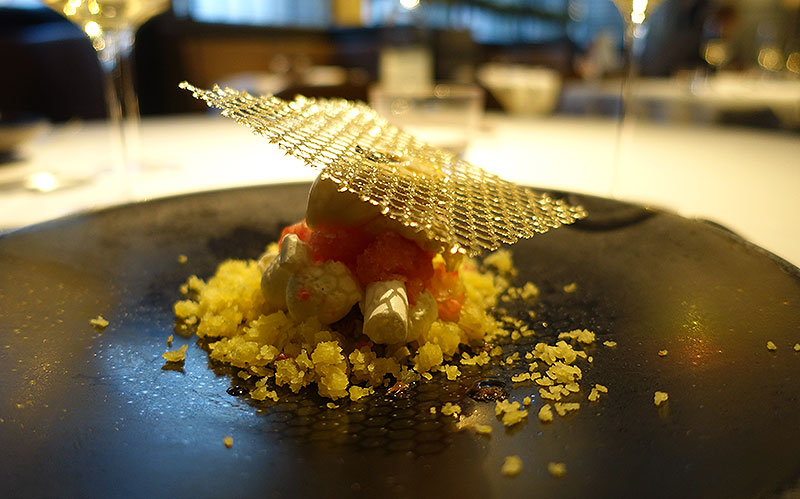 There's no denying that the new-look The Square is an impressive place. By all accounts, they've given it a total overhaul of the space and we do think it's a good mix of the fine dining of old in a much more modern setting. The food does have high points in starters and desserts and should, with a little finesse over time, carry that through the entire meal. But we'd like some more of that chocolate now. And the hammer.

Hot Dinners were invited to The Square. Prices are correct at the time of writing.

More about The Square