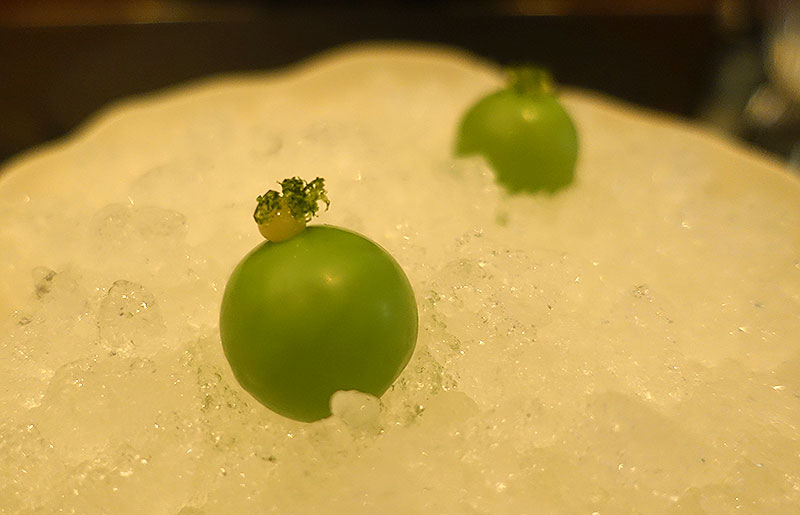 So what do we need to know about La Dame de Pic?

You've probably heard a lot about the restaurant's chef, the multi-Michelin-starred Anne-Sophie Pic. This is her first British restaurant and as such it comes with all the pressure of Londoners puffing out their chests and saying "Impress us!".

It's currently the main restaurant at the seriously swanky Four Seasons Trinity Square over at Tower Hill (there's going to be another Asian restaurant there, which is currently under wraps. The hotel's beautiful Edwardian building was originally the headquarters of the Port of London Authority and it's been given one hell of an interior makeover. 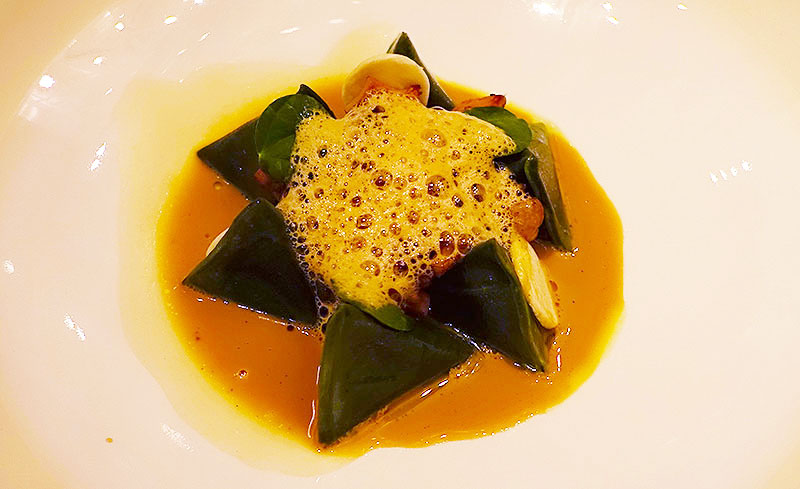 We're presuming you're not financially strapped if you're eating here at all, so why not meet friends in the Rotunda Bar. The cocktail list here is refreshingly short and well made, if a bit punchily priced. If you'd prefer something less pricey, there's always the Sky Lounge at the DoubleTree by Hilton hotel behind this, or Ship on Hart Lane pulls a decent pint.

The dining room seats 78 and is split into various sections. The best, though, is the section leading through to the kitchen. Here there are two tables for larger groups and a cracking booth for four which would be ideal if you had something you wanted to discuss with a degree of privacy. 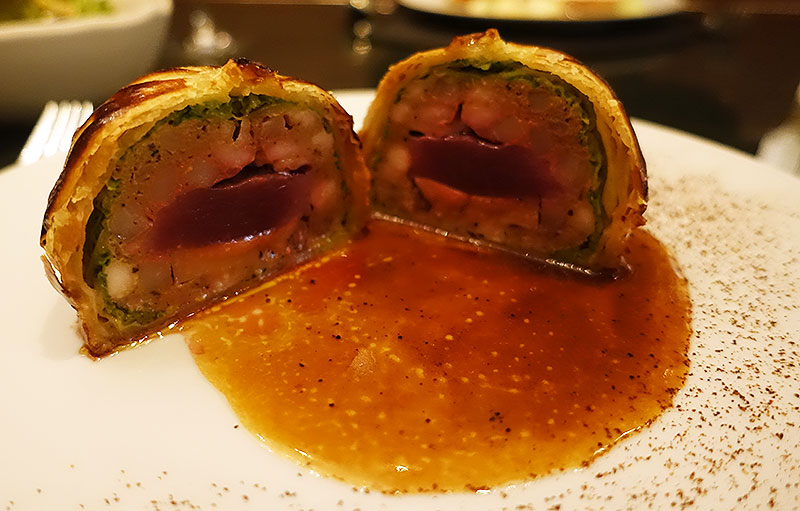 We were encouraged to try the tasting menu (5 courses are £95), but we really fancied several things off the a-la-carte so that's the way we rolled. If you're after a more cost-conscious way to try it, you'll need the weekday three-course lunch menu at £39. As you'd expect of a restaurant like this, the meal kicks off with several amuse-bouches - the best of which was a Pastis bonbon which pops, flooding the mouth. You'd say 'ooh' if you weren't afraid of dribbling this everywhere.

Of the starters - Cornish crab with which came with a Corsican clementine and mikan jelly (£21) was beautiful but very refined. The clear winner was Pic's signature berlingots - pasta parcels stuffed with an intensely-flavoured Pelardon cheese (£20).

For our main courses, the Brixham Dover sole (£39) was beautifully presented - no bones or heads here - but it was eclipsed by the venison and foie gras pithivier which will delight anyone missing the one no longer on the menu at Portland (£37).

Desserts are all £14 and you'll have to fight it out as to which of you gets the prize - the white millefeuille cake made with Tahitian vanilla cream, Jasmine elly and Voatsiperifery (Google it!) pepper foam.

We asked their sommelier, to sort us out with matched glasses of wine - the highlights of which were a Saint-Peray Le Pins from Bernard Gripa and a wonderful Gewurtztraiminer from Oregon's Ovem wines. 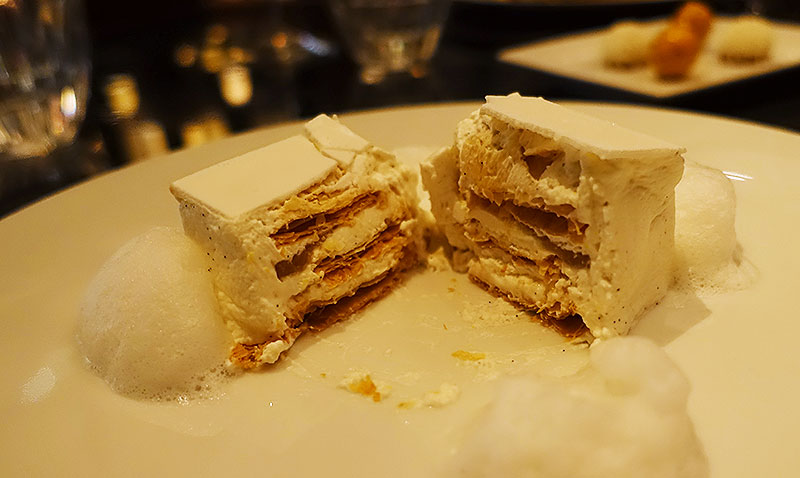 For a new restaurant on a Tuesday night, we fully expected Le Dame du Pic to be pretty quiet. But the place was packed with a mixture of French acolytes heading here to try out Pic's newest place and, as you'd imagine, plenty of business gatherings. There's a decent buzz, which needs to extend to the bar and its glorious setting.

Hot Dinners were invited to Dame De Pic. Prices are correct at the time of writing.