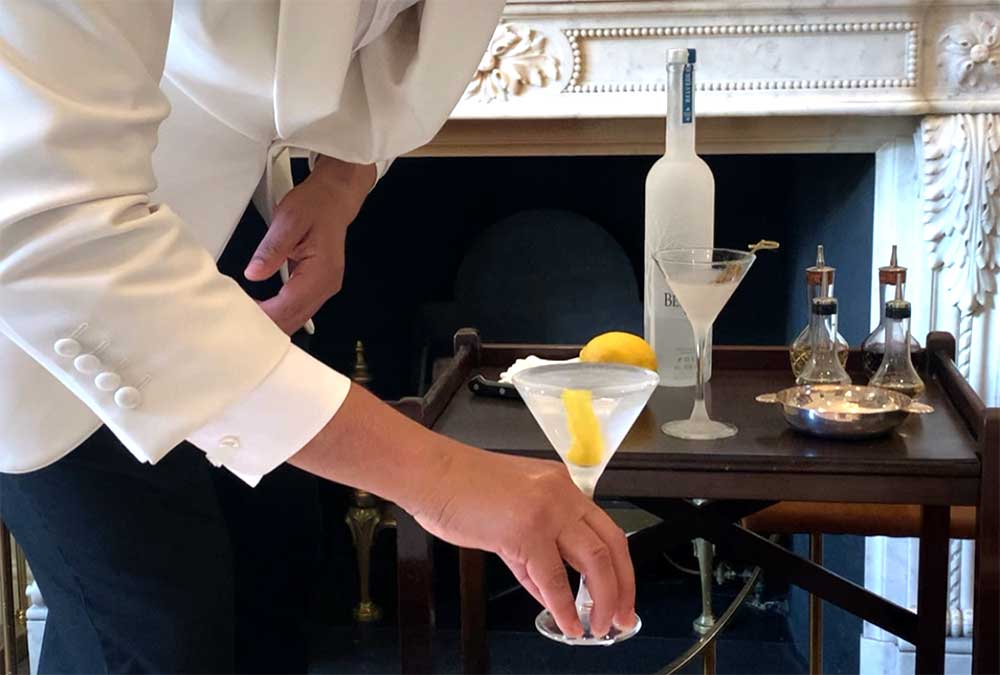 As long time readers of Hot Dinners will be aware, there's nothing we like more than an expertly prepared martini. Over the boring days of lockdown, we kept our spirits up with the promise of eventually heading to try the much-vaunted ones at The Egerton House Hotel in Knightsbridge.

The key driver for us had come from restaurant PR and podcaster Hugh Smithson-Wright who has long been raving to us about what he's coined as "The Egerton Slurp". The martinis you see are filled to the brim, so that the only way to ensure you don't spill a drop when starting to drink them, is to lean down and take a first 'slurp'.

Finally, last week we got a chance to try them and, we have to say, they didn't disappoint. The hotel offers a martini masterclass whereby barman Sahbi Zguider knocks up the martinis in front of you - which are then served accompanied by canapes and - a nice touch this - cheese on toast.

We both opted for vodka martinis, which in this case involved Belvedere vodka served straight from the freezer, having been chilled to -22 degrees. Having filled the martinis to the very brim, Sahbi then showcased his key skill - being able to transfer said martinis to the table spilling barely a drop. You can see him in action over on our Instagram reels.

Our evening may have unravelled slightly after two of these, but that's down to our own motor skills being incompatible with strong liquor. The martinis here come with our highest recommendation. 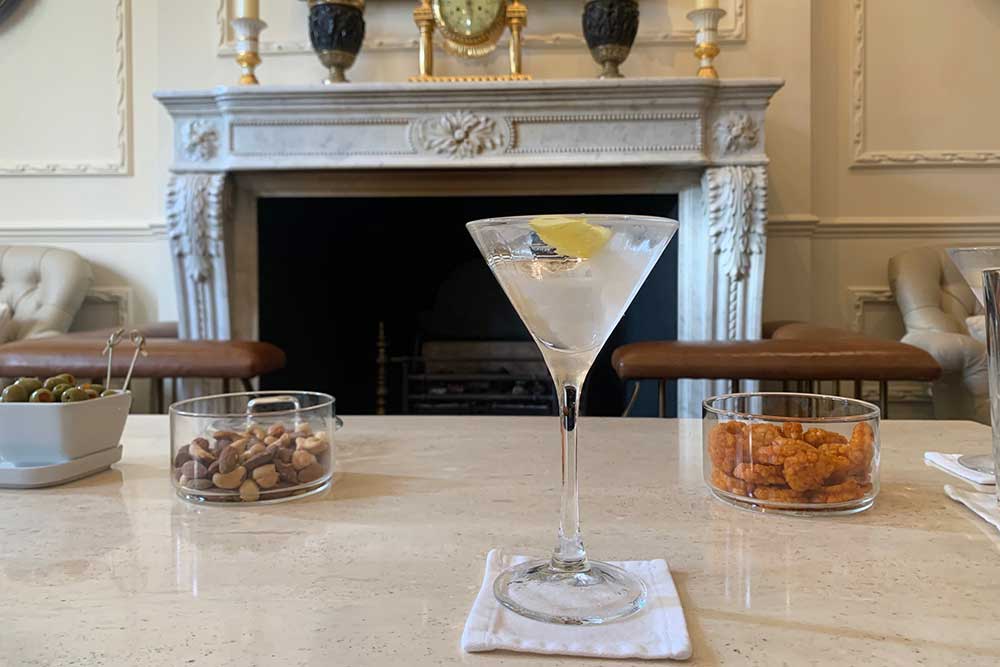 More about The Egerton House Hotel

How much? The martini masterclass is £45 for two people and includes a martini each, plus canapes and cheese on toast.