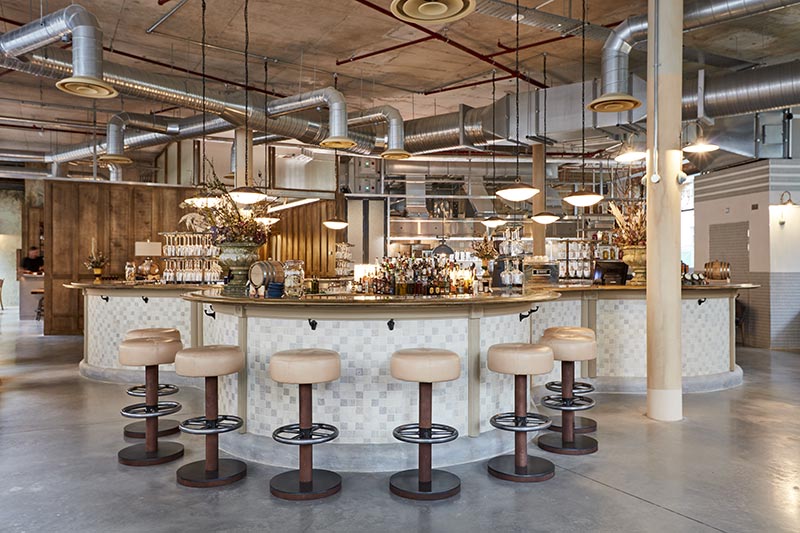 The central bar at Lino.

What can you tell us about LINO?

This new bar and restaurant has just opened up in a development that's been carved out of St Bart's called Barts Square, so the restaurant itself is a brand new space. In charge of things in the kitchen is Richard Falk, who was most recently head chef of The Dairy, so it's fair to say there's high expectations.

It's an all-day restaurant, so while we had dinner there, it's also a place for breakfast and weekend brunch too. breakfast includes bone marrow beans - which definitely sound worth trying.

It's a few minutes south of Smithfield, very close to Club Gascon. Tube-wise, it's pretty equidistant between Barbican and St Pauls and a short walk from Farringdon.

Where's good nearby for a drink?

There's the aforementioned Club Gascon bar that's very close and the next best bet is a few minutes walk to Farringdon where there's much more choice.

But LINO itself has a pretty large central bar. It's all counter seating but with plenty of space behind for standing too. So it's definitely a good starting point for drinks (how busy it gets just after work, we're not sure). But that bar means that there's a pretty decent cocktail list here - including the one below. The list is primarily their versions of classics - so there's a White Russian, Singapore Sling, Harvey Wallbanger and more on there. 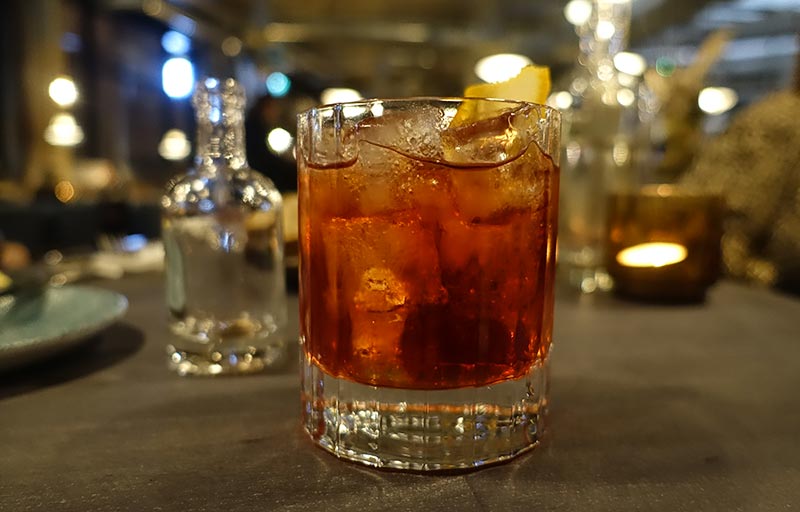 This is the LINO barrel aged negroni - it comes in its own little bottle which you can see at the back (£9.50). They were also adept at making a decent martini too.

There are a few options and rooms (including a big sharing table in one of the rooms), but we'd say the best spot are the set-aside marble-topped tables by the main window.

Any snacking food while we're thinking about the main event?

Yes, there's a snacks menu which absolutely shouldn't be missed, You'll want their bread and butter for sure  - not to mention the following: 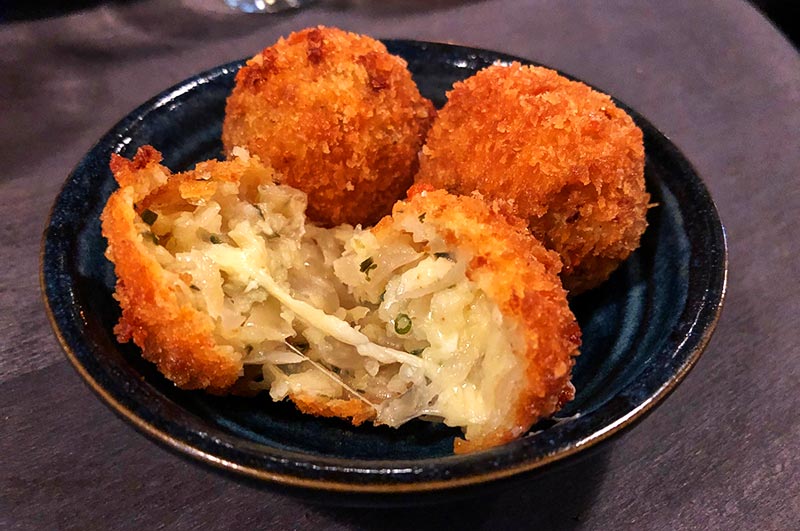 The must-have sauerkraut and cheddar croquettes, all piled on truffled mayo (£5). Top veggie croquettes which are ideal snacking fodder. 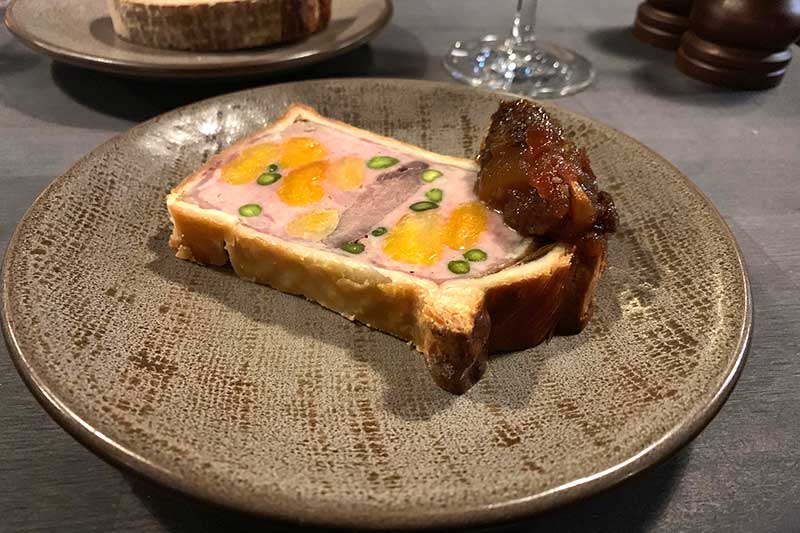 Game pate en croute with apricot and pistachio (£7) - on the snacks menu but we actually decided to have this as a starter course. A spot-on pate en croute, which we always love.

And what how about the main event?

The main menu is split into small and large plates - essentially starters and mains (and sides). On the seafood side, there was a whole grilled lemon sole to share (£60 with sides - and as it needs 30 mins prep, you might want to pre-order) and another dish that looked tempting on a wet winter night was the "Oxtail and potato hot pot with Brussel tops" (£14 - and again, baked to order).

And here's what we had: 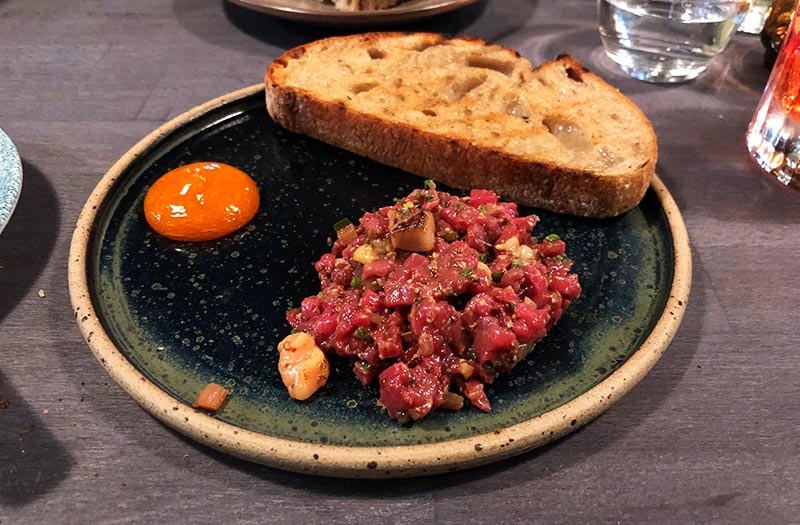 Aged beef tartare, bone marrow, smoked egg yolk (£10) - there's that excellent bread again - we couldn't get enough of that. Essentially this is a damned good tartare (the marrow really helps) and can be had as a main too. 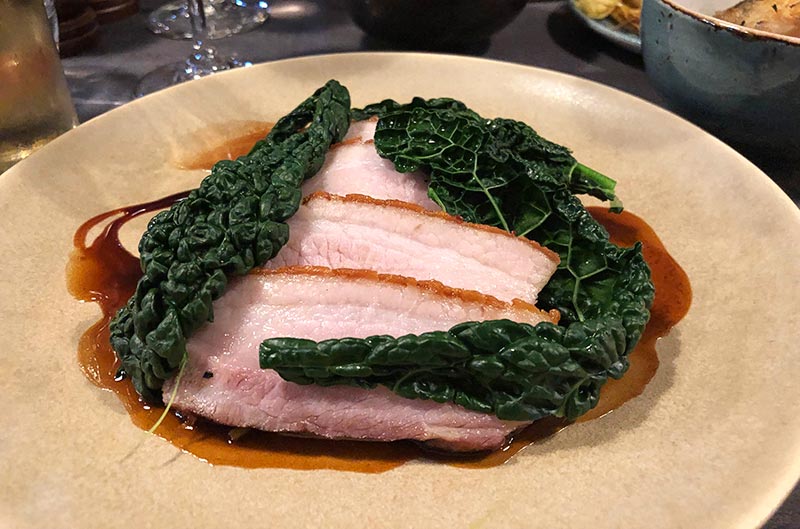 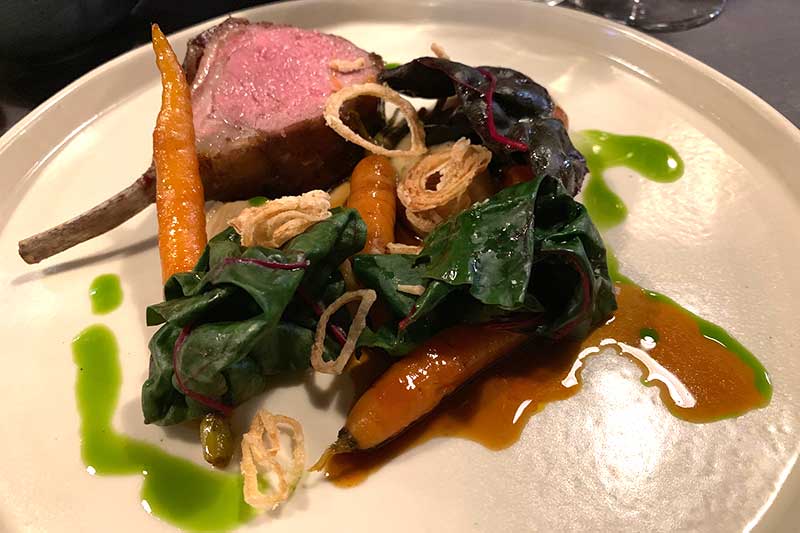 Blackface lamb, glazed heritage carrots, crispy shallots and rainbow chard (£24) - we have to be honest, the first stab of this let them down a little - we had to send back for a little more thorough cooking - but we'll chalk that down to early days. 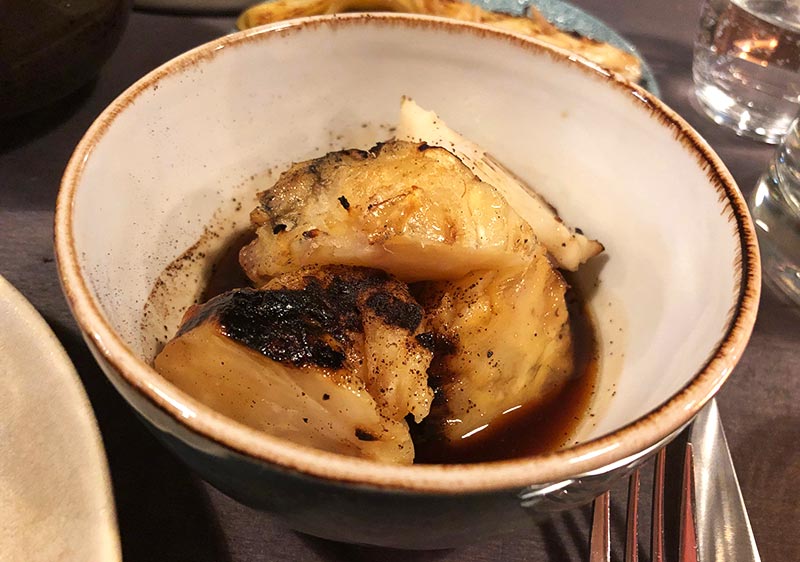 Salt baked celeriac, chicken sauce - side of the gods. A little on the salty side but who could resist this combo? Make sure you order it.

And save room for dessert?

Yes - particularly the first one below as it's a real star of the show. There are also Neal's Yard cheeses and the milk ice-cream affogato sounds good too (£4.50). 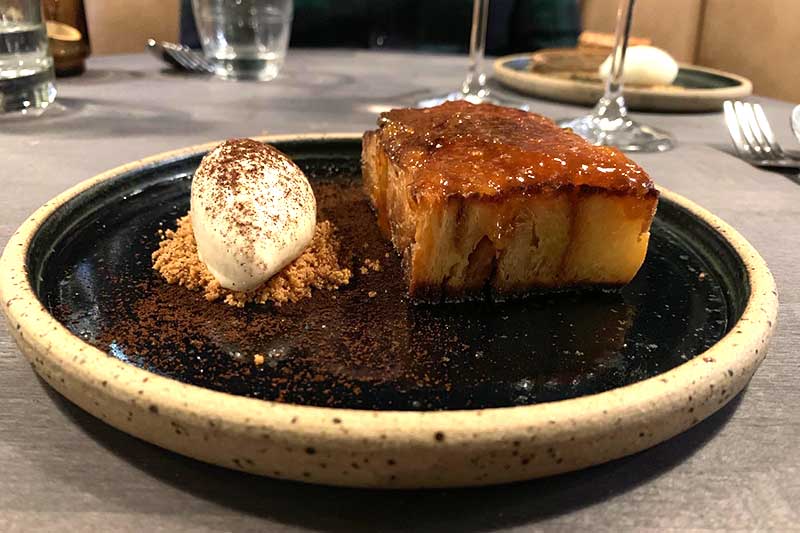 Croissant bread and butter pudding, marmalade and coffee (£6.50) - as Lino is an all-day affair, they've been perfecting their croissants for the start of the day. And at the end, any unused croissants get made into this. Surely the best example of zero-waste cooking yet? 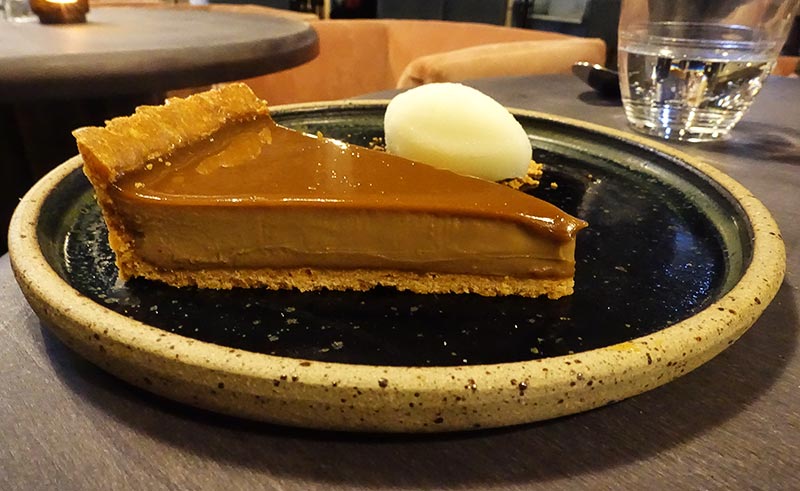 Earl Grey custard tart and lemon sorbet (6.50) - we find it almost impossible to resist a custard tart when we spot it on the menu - and getting that literally-just-set effect takes real skill. That, the unique Earl grey flavour and a good hand on the pastry made this a winner.

How about vegetarian dishes?

The croquettes above aside, there are plenty of veg options on the menu. You can have "Sprouted grain salad, cauliflower, cavolo nero and celery" as either starter or main, and there's also "Lasagne of pumpkin, Jerusalem artichoke and parmesan" and "'Risotto' of grains roasted in brown butter and winter mushrooms" among others. Expect that offering to change through the year.

And what about drink?

We've mentioned the cocktails - but there's a good selection of wine too (which somewhat surprisingly is split into 250ml/500ml and bottles - no driving glasses here. Prices start at £26 on each list - but as this is the City, you can head upwards to £181 a bottle if you're feeling a bit spendy.

When the new offices and flats around here fill up, this place will be a particularly handy spot. For now though LINO's a bit of a secret and worth seeking out, particularly when everywhere else is packed to the gills for the festive season.

Where is it? 90 Bartholomew Close, London EC1A 7EB

How to book: Email reservations@linolondon.co.uk