[SIGPLUS_EXCEPTION_SOURCE] Image source is expected to be a full URL or a path relative to the image base folder specified in the back-end but /blog/2013/unionstreettest/gallery is neither a URL nor a relative path to an existing file or folder.
0
Shares 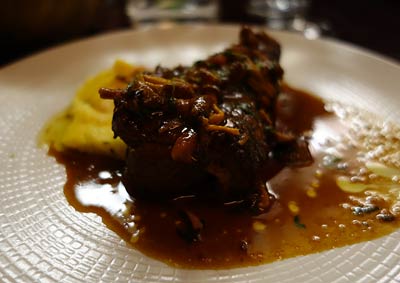 Unless you've been hiding under a particularly large and cumbersome rock recently, you’ll know that this is the latest opening in London by one Gordon Ramsay - his first since Bread Street Kitchen. This is an Italian restaurant with a distinctly NYC vibe.

No. Although EVERY paper seems to reference the partnership between Beckham and Ramsay, this one’s a solo venture by Gordon alone. It seems David Beckham was involved at an earlier stage, but as we reported a while back decided that he and Gordon would focus on a different joint business venture together.

Is it hard to get into?

According to reports, Union Street Cafe is booked up until Christmas. But we reckon there’ll always be room for walk-ins. And you might also get lucky with cancellations if you call on the day.

So where is it?

On a slightly backwater street in Southwark. ‘It’s an up and coming neighbourhood,” Ramsay’s right hand man Stuart Gilles told us when we popped in for our dinner, adding that they’re in this location with an eye to the long game. But it’s barely a two minute walk from Southwark tube so it’s easy to get to. Note – the restaurant’s on the corner of Union Street and Suffolk Street so NOT where Google Maps (at the moment) shows it is.

Where should I meet up with friends beforehand?

Pop into nearby Baltic on Blackfriars Road for a vodka or head downstairs to the rather lovely Union Street Bar. This basement bolthole has quite a different feel to the restaurant above and serves strong, reasonably-priced cocktails. We particularly liked our Autumn’s Call – made with Ketel One, Nardini Rosso, St Germain, Amaratto, lime juice and cider (£9).

Even on the side banquettes, tables are well spaced out, but the nicest ones would be those in the centre of the room. If you're after a bit of privacy, there's a separate, more secluded, section which we imagine could become a celebrity corner for Gordon's mates.

At first glance, the room’s New York vibe might lead you to expect this place to follow the current trend of sharing plates. And while we were encouraged to share with our starters, the rest of the meal follows a much more traditional restaurant menu.

Our dinner kicks off with a few aperitivo – the best of which was the utterly moreish Lardo di colonnata with honey and maggioroma (that last one is marjoram – we had to look it up) with a heavenly sweetness which melted on the tongue . That was £3, order two if you’re piggy and don’t want to share.

Our starters were equally successful – burrata with squash, orange and Vino Rosso (£8) was a perfectly balanced dish and our starter size of tagliolini with rabbit and dried ricotta was great too.

We ignored our waiter’s protestations that the saltimbocca with cheese and a mound of perfectly fried zucchini (£18) would be too rich for us, and probably didn’t help matters much when we also ordered the collo d’agnello (lamb neck) with wild mushrooms and deeply cheesy polenta (£15). But we did feel that the menu could have done with some salad or vegetable sides to offset the rich dishes too.

Desserts were fine – the best was a nicely wibbly grappa panna cotta with marinated figs (£6) which would have been perfect with a little more sweetness.

Of the wines our sommelier recommended for us – our favourites were the Puglian Fiano 2012 – a total steal at just £4.75 a glass and a Verdejo for £7.75 a glass.

Union Street Cafe turned out to be quite different to what we thought it would be. With a chef who’s spent years serving ultra luxe Italian food up at the Four Seasons’ Amaranto, the food here turned out to be a cut above the casual Italian fare we were expecting. Both the restaurant and downstairs bar have been well designed and once they fill up the room – we think it might have been deliberately under capacity in the second week – the buzz should match the decor.

Prices were correct at time of writing. Hot Dinners ate as guests of Union Street Cafe