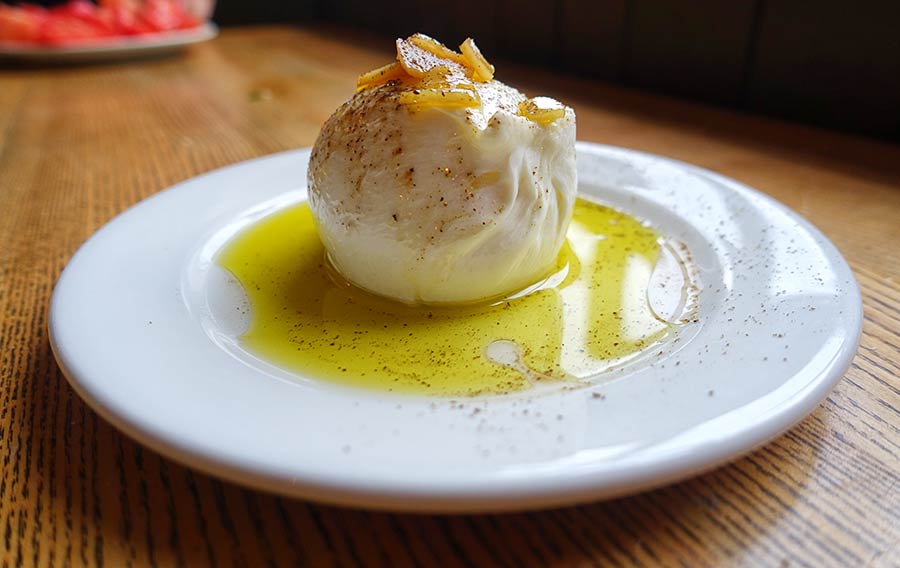 So what do we need to know about The Compton Arms

Tucked away in a lane off Upper Street, this Canonbury pub was apparently the inspiration for George Orwell's mythical perfect pub The Moon Under The Water. It was taken over last year by Nick Stephens, who also owns Hackney pub The Gun in Well Street and who's been giving the pub a gentle makeover since then.

They've been experimenting with the food offering - including a period with the Schmaltz team - but have now settled down with Four Legs running the kitchen.

Who exactly are Four Legs?

They're a cheffing duo consisting of Jamie Allan (ex-Hill & Szrok) and Ed McIlroy (ex-Bao). Their menus at The Compton Arms change regularly, depending on what's in season - and what's good right now. Sourcing is important - so you'll find salads from Keats Community Organics, the bread comes from E5 Bakehouse and Dexter beef is from Yorkshire. We tried some of their bar snacks on the first weekend they were operating and buzz has been building ever since then, especially around one particular dish. 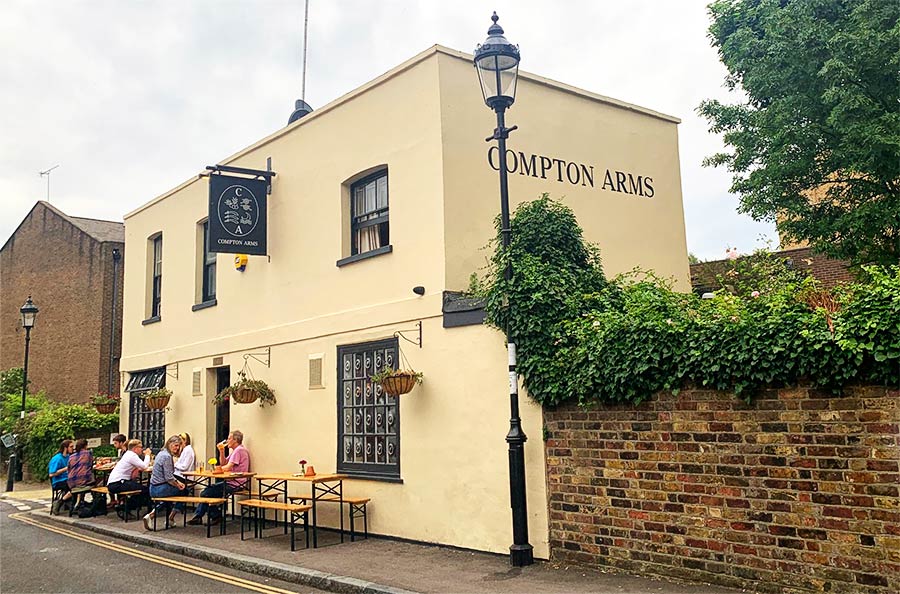 You'll find the pub on Compton Avenue - a tiny lane behind Upper Street linking Canonbury Lane to Canonbury Road. The nearest tube is Highbury & Islington. If the weather's clement there are several large tables out at the front of the pub along with a courtyard garden at the back. We rather liked our seat in a section at the back of the pub.

It's pretty small and changes regularly (keep an eye on their Instagram account for what's new), being loosely split into bar snacks, small and larger plates. Here's what we had on the night we visited: 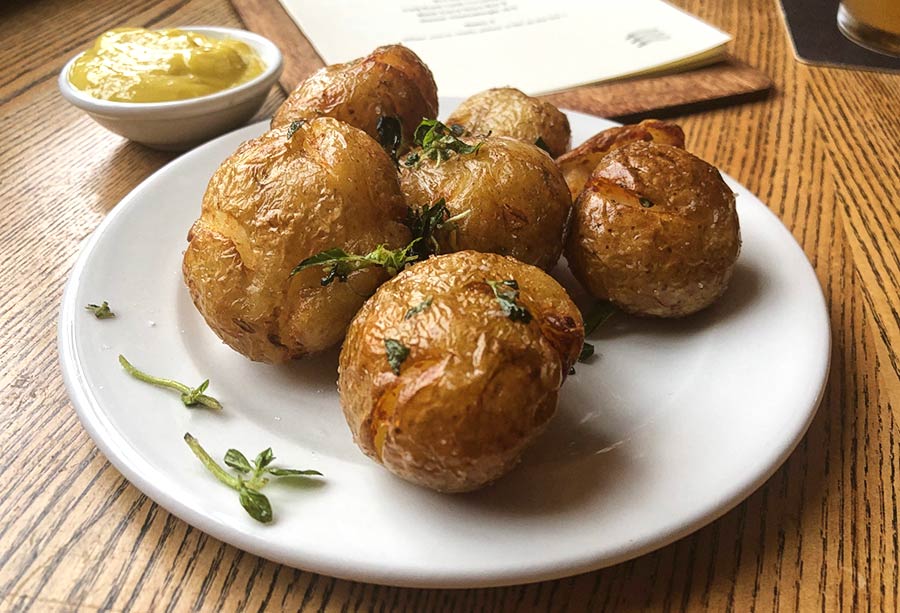 New potatoes fried in beef fat served with some of the best aioli we've tried outside Spain (£4). 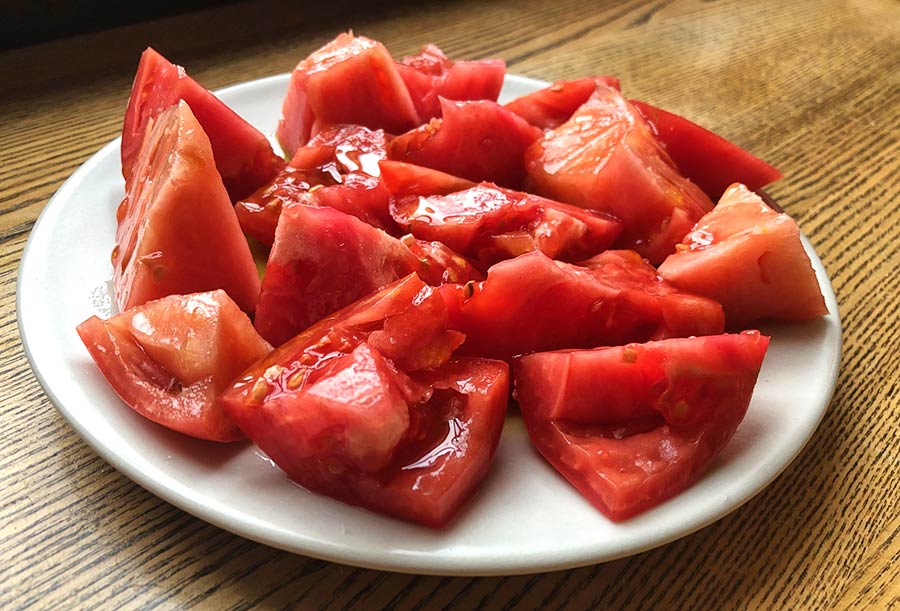 Bulls heart tomatoes - a super tomato salad, where the gorgeous Italian produce speaks for itself (£9). 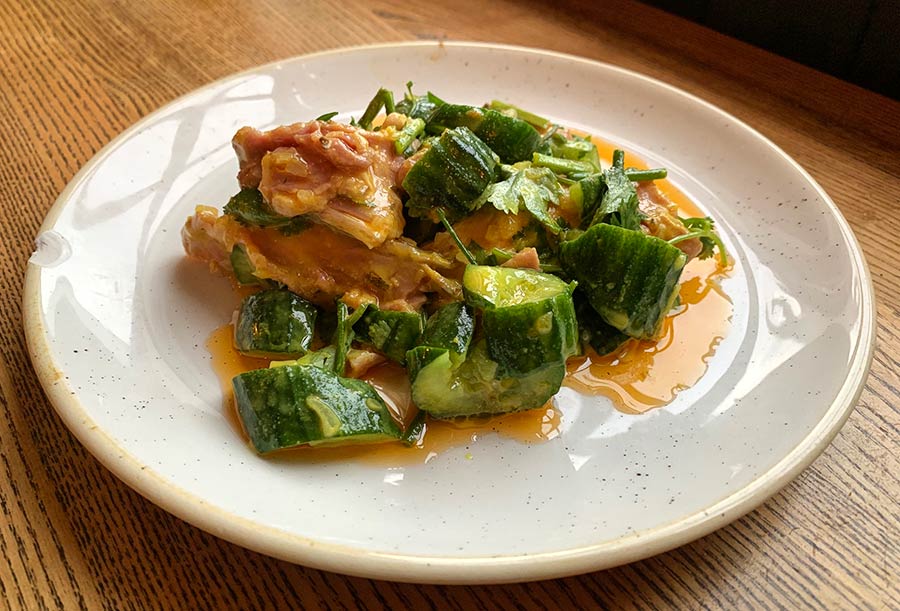 Cold roast Texel lamb, roasted with fermented chilli and marjoran and served up with cucumbers and and Keats Farm herbs (£8). 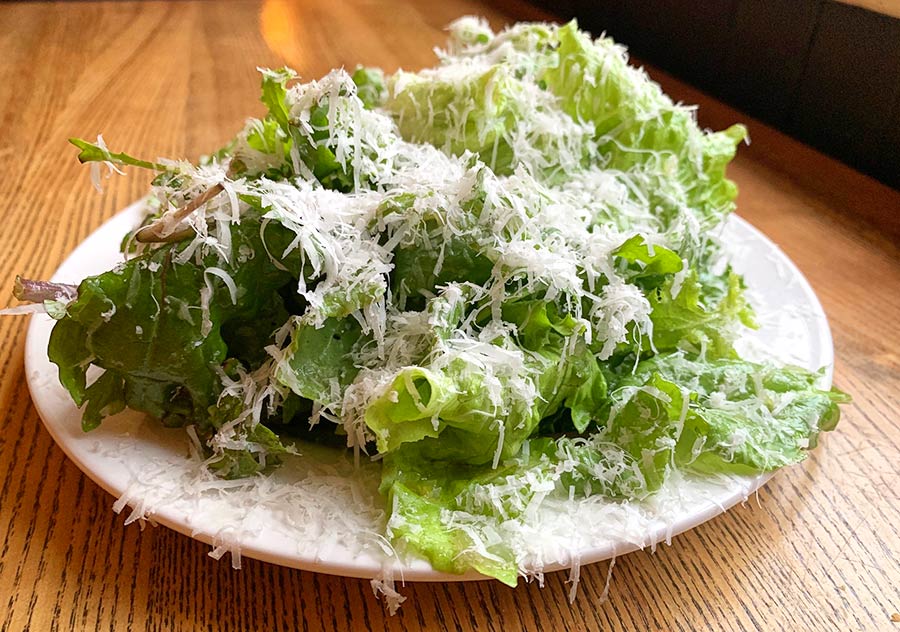 But all of this is a preamble to the dish you're going to see flying out of the kitchen during any visit here - the cheeseburger. 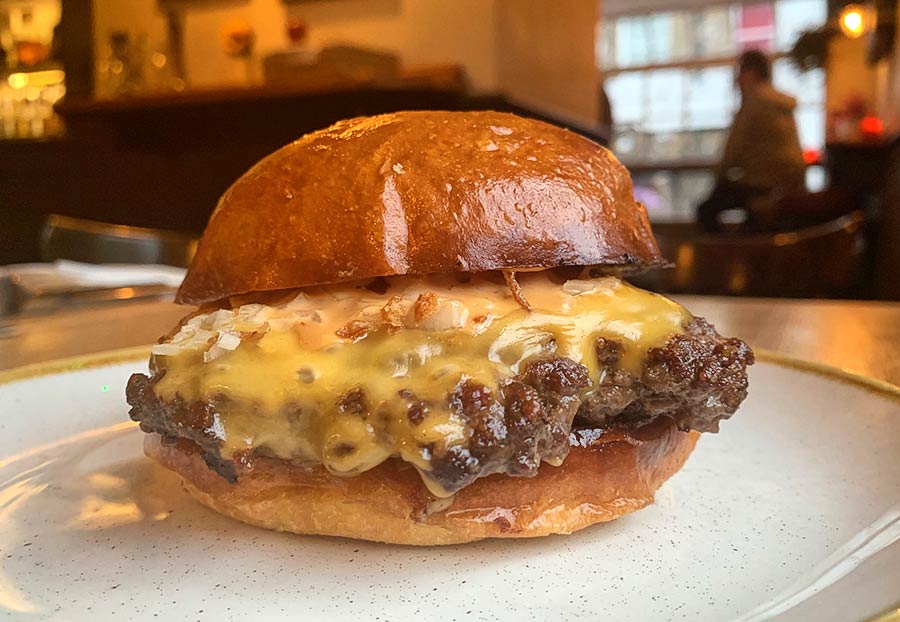 The smashed patty in Four Legs' cheeseburger is made with Dexter breed meat from Yorkshire. Then there's all that oozy cheese, a burger sauce inspired by how McDonald's used to taste when you were a kid, oh and some very good pickles too. (£10.50). If you consider yourself in any way a burger aficionado you'll need to head here to try it. Don't - and we can't stress this highly enough - agree to share yours with anyone else. Order one each.

There's a shortish, but nice sounding cocktail men - an East London Negroni will set you back £11, but most are in the £8-9 bracket. House wine starts at just £5.50 a glass, but we went for the Voltolino Gavi at £6.50 which was pretty decent. There's also some very good beer on here too - including some super pale ales from Verdant Brewing Co and Deya Brewery.

We've been coming to this pub on and off for more than 20 years. It was always a decent boozer, if slightly grubby and careworn. But Nick and the arrival of Four Legs has elevated it into a very fine local indeed.

The regularly changing menus mean there's always enough to keep locals coming back to see what's new and the freakishly good burger would make it a worthwhile journey for any burger addict crossing town to try it. Just make sure you know when there's an Arsenal home game on - as the place gets rammed on match days.

More about the Compton Arms

Where is it? 4 Compton Avenue, London N1 2XD