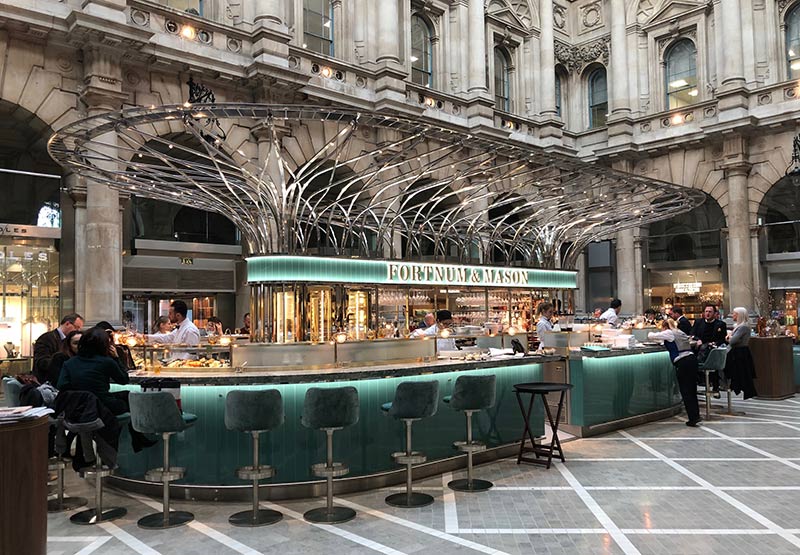 So what do we need to know about Fortnum's at The Royal Exchange?

It's the 300-year-old quintessentially London food store's fourth branch (their original in Piccadilly and there are branches at St Pancras and Heathrow).

They've taken over the main floor space and one corner of The Royal Exchange in the City. So, if you're working nearby, as well as eating at the restaurant (the central section) you can pop down to the shop and pick up a smoked salmon salad to take back to your desk for lunch, order for one of their luxury hampers and lots of other Fortnum's goodies.

The Royal Exchange space itself, if you haven't been, is very grand. The first iteration, opened by Queen Elizabeth I didn't survive the Great Fire of London, nor did the second one. This is the third version, which was opened by Queen Victoria in 1844. 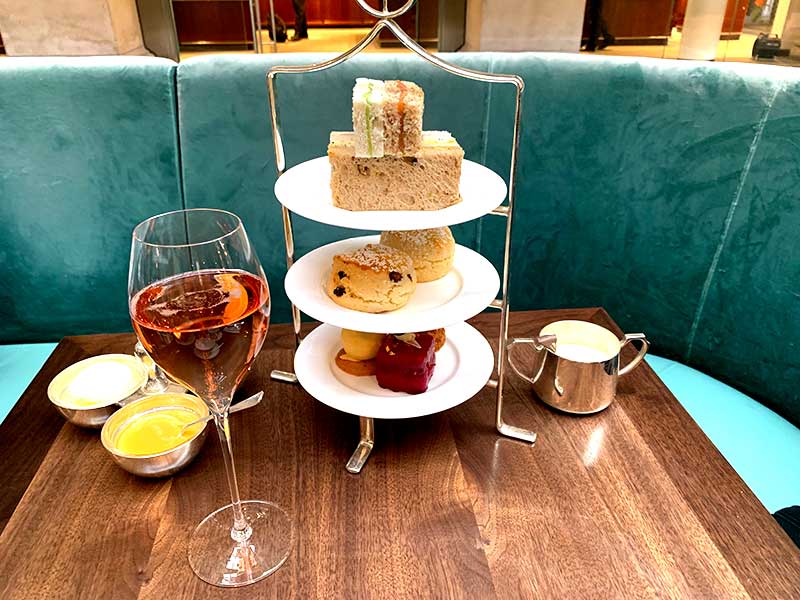 The afternoon tea (sans tea). We may have had quite a few more of those sandwiches.

So what's on offer?

We were here to try the classic afternoon tea, but the restaurant here is open all day from breakfast through to dinner. And although we were here mid-afternoon for the tea - there were plenty of folk having business meetings here, keeping the place busy. Tables are quite small - which does require a fair bit of shifting things around as each person's afternoon tea is presented on an individually tiered tray (sharing trays would be a much better bet, we think).

We kicked off our tea with two glasses of Fortnum’s champagne - a Blanc de Blancs Grand Cru from Laurent Hostomme (£13) and a glass of Fortnum’s Brut Rosé courtesy of Billecart-Salmon (£15).

The top tier features a selection of finger sanwiches - we particularly liked the Fortnum’s Smoked Salmon with Lemon Butter and the Coronation Chicken ones. That's followed by fresh scones (fruit and plain) along with clotted cream and james. And then, on the bottom tier you'll find a selection of patisseries. 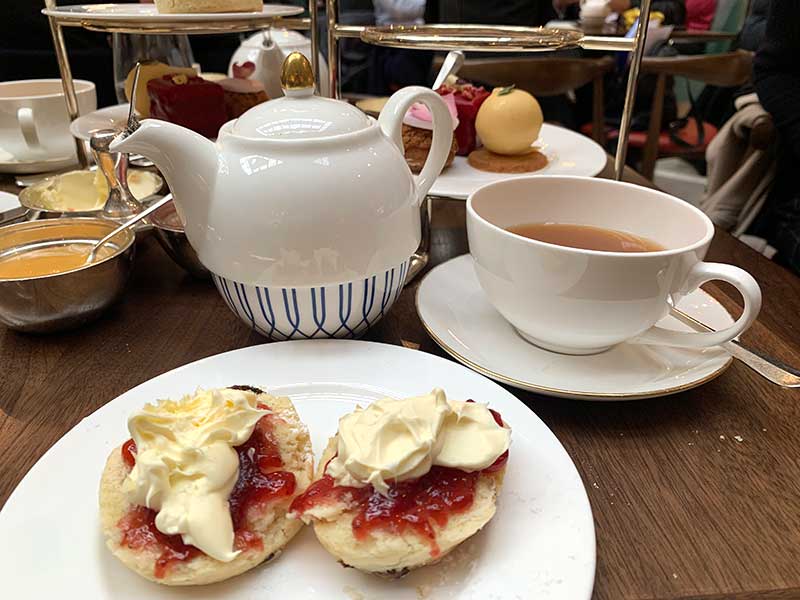 As you might expect there's a fine selection of teas on offer here. We tried both the Royal Exchange Blend - which was a good strong tea blended from Assam, Ceylon, Kenya and Yunnan leaves. But we also really liked the Royal Blend, which was created as the store's gift to King Edward VII in 1902 and combines Assam with Sri Lankan Flowery Pekoe.

The Fortnums space at the Royal Exchange feels completely in place in the middle of a building that already looks rather spectacular. If you can't get a booking at the main shop for the afternoon tea, this is definitely a good bet - with a great bar for lingering for a few drinks after. Be warned though, you might find yourself wandering into the shop for a few extras to take home...

Hot Dinners ate as guests of Fortnum and Mason. Prices are correct at the time of writing.

More about The Fortnum's Bar & Restaurant at Royal Exchange

Where is it? The Courtyard, The Royal Exchange, London EC3V 3LR