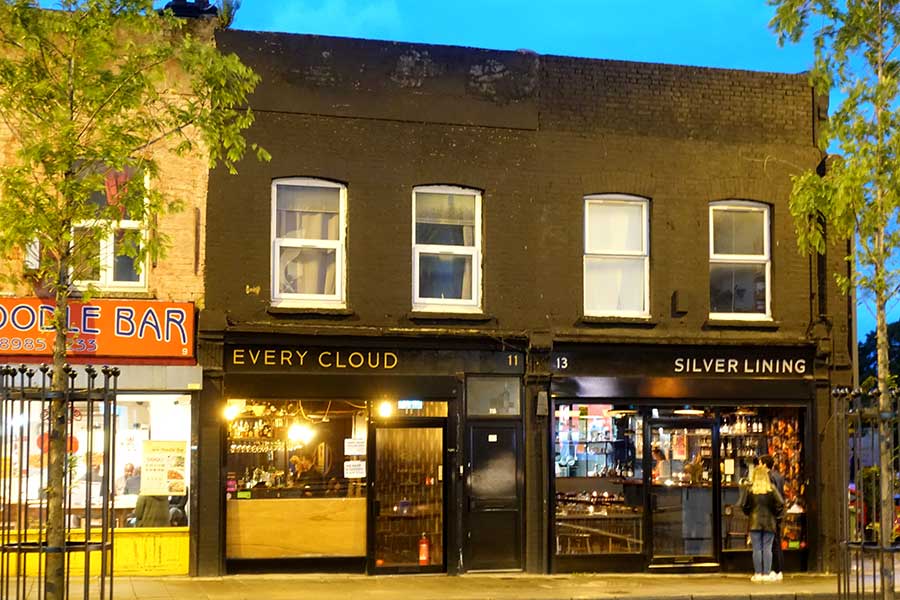 The two businesses side by side on Morning Lane.

So what do we need to know about Every Cloud and Silver Lining?

This Hackney double is a two-pronged operation of cocktail bar and neighbourhood restaurant. The common theme is Alistair Maddox who co-owns both the bar Every Cloud with Felix Cohen and owns restaurant Silver Lining where the chef is Josh Dallaway. Maddox, who ran Broadway Market for a decade is also a director of Brixton Village and Market Row, so it's fair to say he knows his stuff. Cohen has long been serving superbly stiff drinks to Londoners under the auspices of the Manhattans Project.

You'll find them side by side on Morning Lane, just off Mare Street, beside Tesco and opposite Temple of Seitan. The nearest train station is Hackney Central.

So drinks first then?

If you're coming here to try both then you'll definitely want a sharpener or post-prandial drink at Every Cloud first, although it's also 100% worth a trip for this alone. Actually, it would be worth it just to read the drinks menu, let alone order a drink. Who wouldn't want to order a drink like the Phuket Martin described thus:

This is like if someone took an Irish coffee on an horrible gap year, somehow, and it's gone red-raw tan in the sun, seen the true face of God on ecstasy, got an ankle tattoo that it turns out says 'Cow Bitch' and ended up washed up on a beach with Mr Black coffee liqeur, a tin of condensed milk, Thai whisky and a grubby little feeing of guilt. 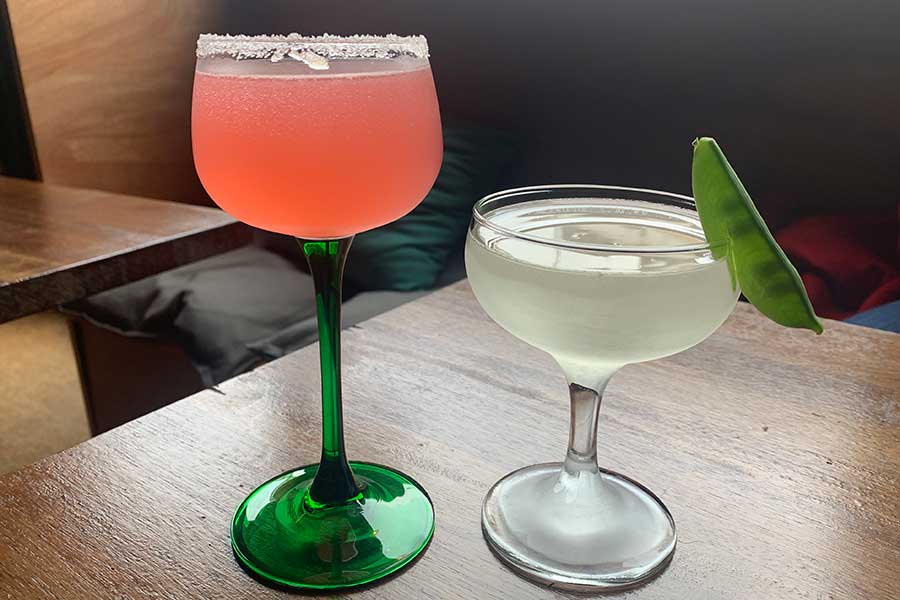 Five goes to Mexico (tequila and rhubarb) - "the kind of margarita the man from Del Monte would have if he was having a big one." (£9) and the gloriously summery Pea shoots, pea scores! made from pea gin, apple cordial and fino sherry (£9). 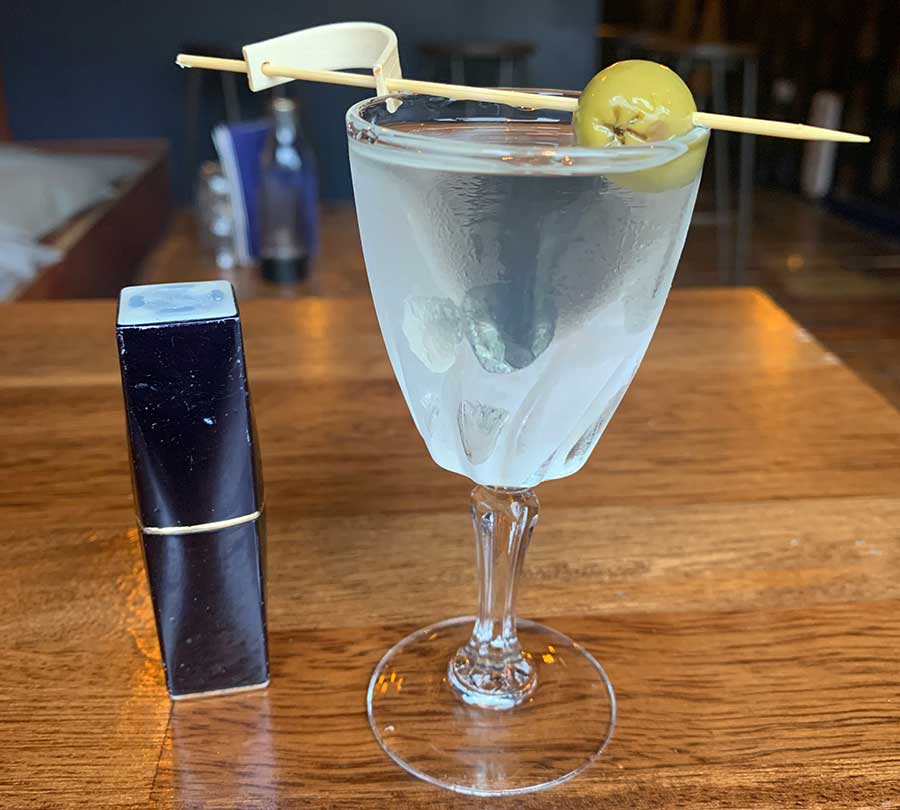 A Martiny - a weeny double shot Martini served ice cold using a Jager machine (lipstick for size comparison) - (£5). And we also had one of the bar's always-on classics, the Champagne Margarita. Felix confesses this is him in science geek mode - it's made using an acid base to mimic the effect and taste of champagne and served up with Havana 7 rum. No wonder it's never off the menu (£9).

So, food next. What sort of place is Silver Lining?

They describe themselves as a "casual dining room". So it's somewhere you could sit and drink snacks or slowly work your way through the menu as we did. In the kitchen, working his magic is chef Josh Dallaway who comes here via Sager + Wilde and Jackdaw. 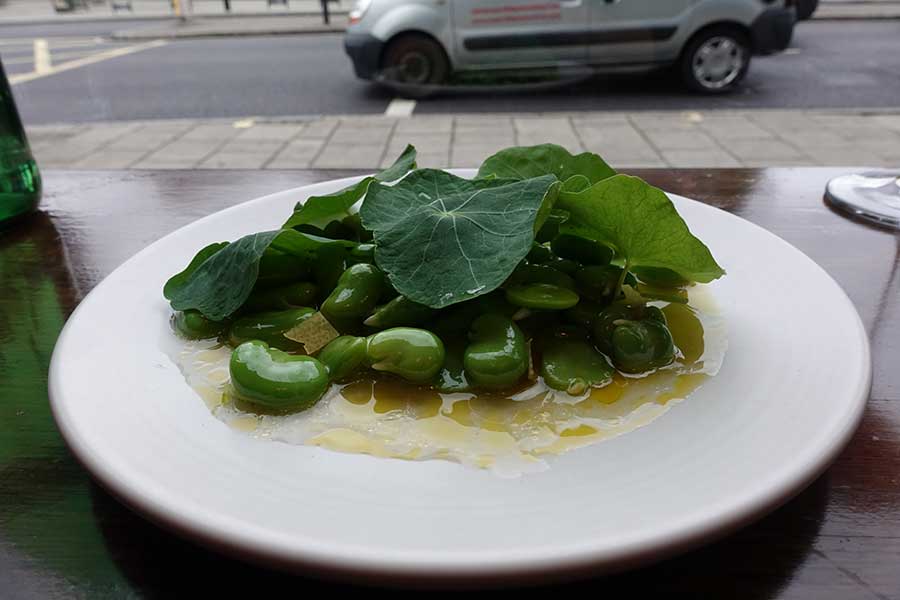 English broad beans with Sicilian lemon and nasturtium (£7) - summer on a plate, these gorgeous broad beans lifted with a zesty dressing and given extra hit of pepper with the nasturtium leaves. 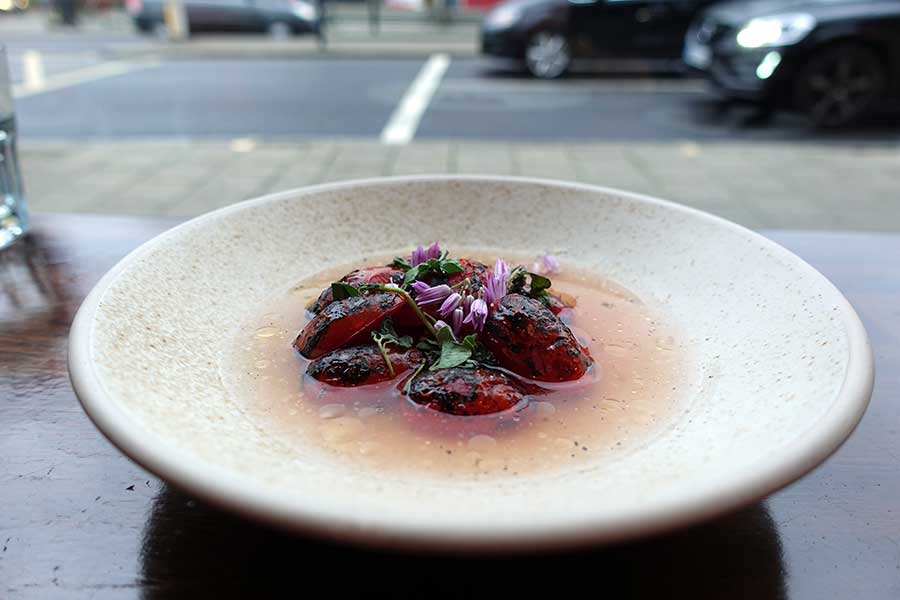 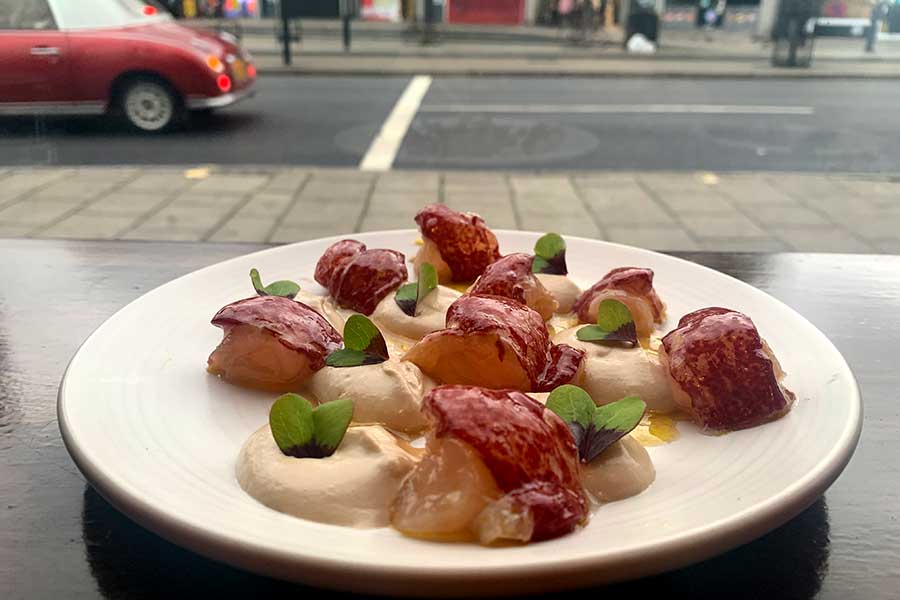 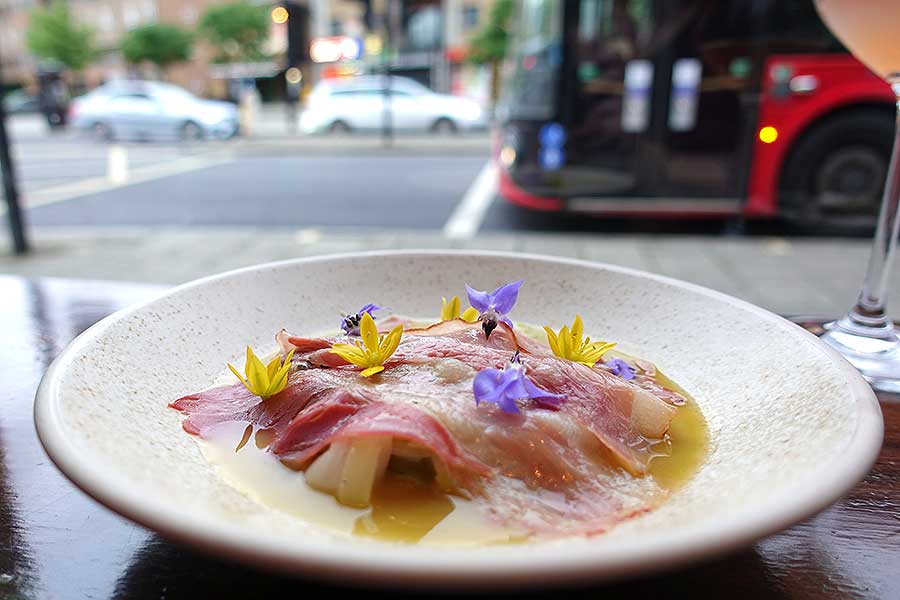 48 day aged sirloin and London greens (£22) - this dish divided us. One really loved the beef, the other thought it was a little too strong - but we both loved the hedgerow greens that came with it. 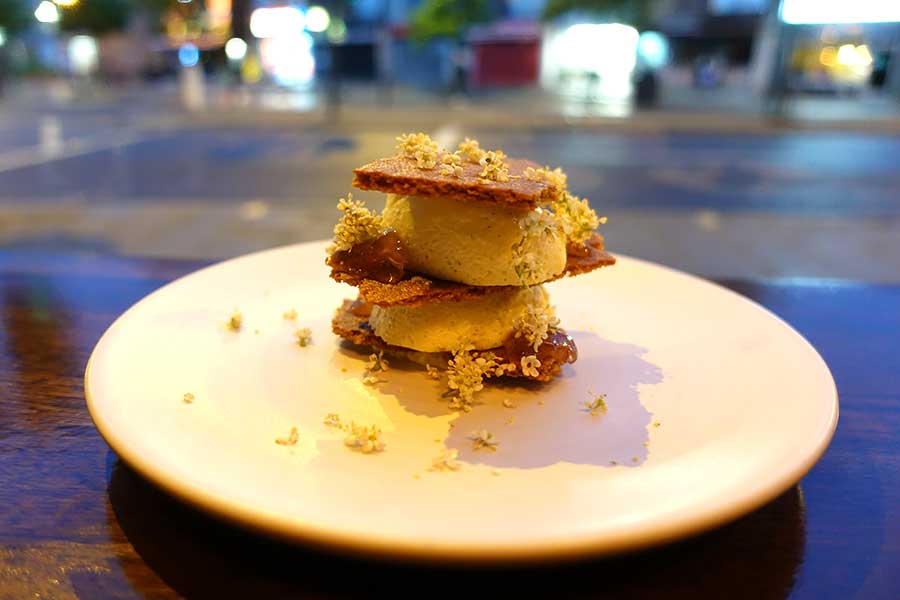 These symbiotic Hackney businesses sum up all that's great about the London eating and drinking scene in 2019. Both the drinks and food we tried were ultra seasonal, often very local, always inventive. Lucky, lucky Hackney folk having them on their doorstep. We're already making plans for a return visit.

Hot Dinners were guests of Every Cloud and Silver Lining. Prices correct at time of publication.

More about Every Cloud