Eating out at Viet Grill 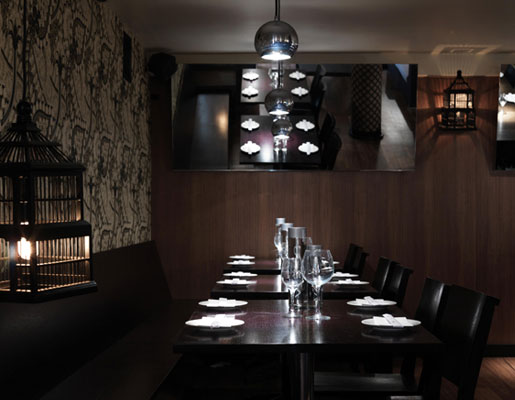 It's already touted as the kind of place other chefs love to eat, with Mark Hix being a particular fan, so when Hot Dinners was invited down to try out the recently revamped Viet Grill earlier this month, we jumped at the chance.

Situated on the Dalston/Hoxton boundary on the Kingsland Road, Viet Grill is the sister restaurant of the nearby Cay Tre.  Aimed at a more casual audience, Viet Grill has used the influx of trendy, and moneyed,  residents from Hoxton as an opportunity to refit and differentiate itself  from its local Vietnamese rivals.

Now, while Hot Dinners are always up for trying something new, this time we were able to take what we consider to be a "control group" to the restaurant.  In this case, it was our 70+ year-old dad.  We were more than up for the bustle of Viet Grill, but could the restaurant pass the scrutiny of someone who has long given up mincing his words when faced with something that doesn't meet his exacting standards?  The challenge was on.

It does help that the aforementioned father has an uncanny knack of always picking the best things on the menu (check out Hot Dinners' review of Dean Street Townhouse), and this proved to be the case once again.  While munching on some summer rolls while we decided what to order, his eye was immedietely caught by Cha cá Lã Vong (descibed in the menu as "Slices of Monkfish marinated in galingale and saffron, grilled at your table and served with rice vermicelli, pimento, ground nuts, fennel and shrimp sauce") and we all decided to join in.  This proved to be a wise decision, with the dish combining a spot of table theatre with a divine taste.  We followed this up with a selection of dishes which, while maybe not hitting the high mark of our starter, clearly showed why Viet Grill is adored by so many.  From the excellent (and recommended to us elsewhere) "Cognac ‘luc lac’ Shaking Beef" to the "‘Heaven and Earth’ pork with tiger prawns" - we made quick work of every dish.  Happily, the menu is extensive, so we'll have plenty of opportunity to return and go through the rest of it.

We almost didn't manage dessert - but were swayed by the banana fritters and were well pleased.  Melt-in-your-mouth sugar bombs, these were an excellent way to end the meal - if perhaps not the kindest way to treat our arteries.

Any caveats?  Just a few. The new refit has left the tables very close together so you could end up being pretty squashed.  We also noted that the wine can have the effect of increasing the bill pretty sharpish - but we then noticed that almost everyone else in the restaurant had realised this and had stuck to the beer. That would be missing out on the Malcolm Gluck wine-list, so maybe a mixture of both would be best.

But those are minor quibbles. Clearly the heaving crowds at Viet Grill know what they like, and now we do too. Heartlily recommended.