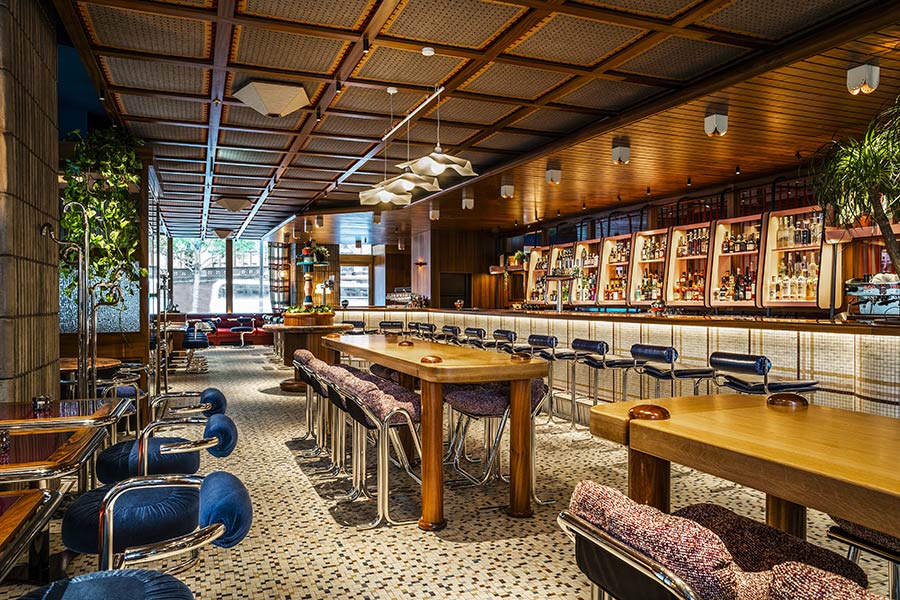 A look at Double Standard

What can you tell us about Double Standard?

It's one of three restaurants that have opened at The Standard hotel in King's Cross. This is one of the openings which has Adam Rawson in charge of the menu. We've already covered his Isla restaurant, and this is the more casual Double Standard.

It's in its own section at the side of the hotel - much more of a standalone restaurant than Isla. It's very much styled as The Standard's pub, and it really does have that feel (albeit a slightly swanky pub). In that respect, it makes it a very handy addition to the area, helped further by the large terrace outside the back of the hotel.

And what's on the menu?

It's a much more casual affair than Isla - more snacking plates, and quick bites. But it does have a secret weapon in the form of Adam Rawson's burger. The winner of a few Slider Decider burger awards, he's certainly one to watch when it comes to burgers. 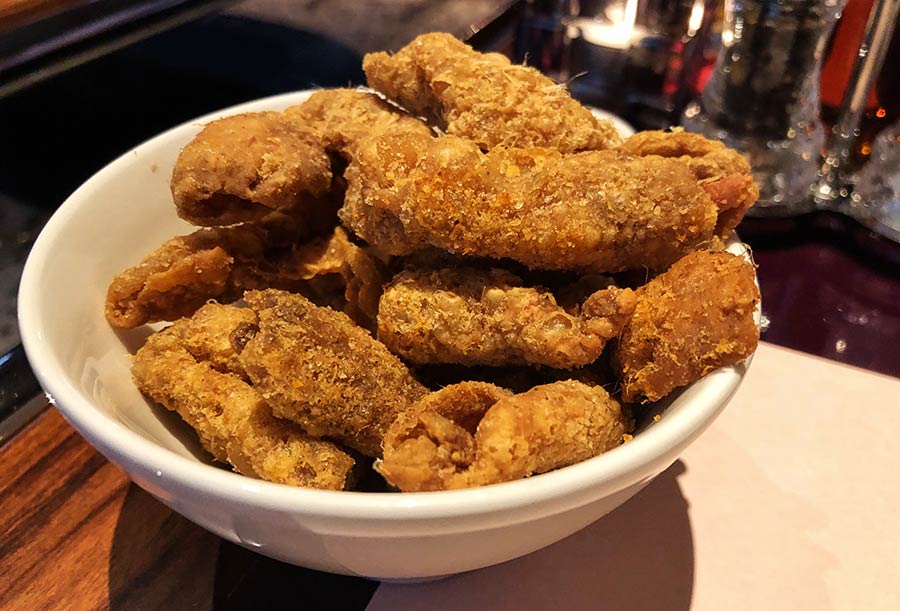 It's a pub, so there should be scratchings. But not any old scratchings, these are chicken scratchings with garlic mayo (£4) 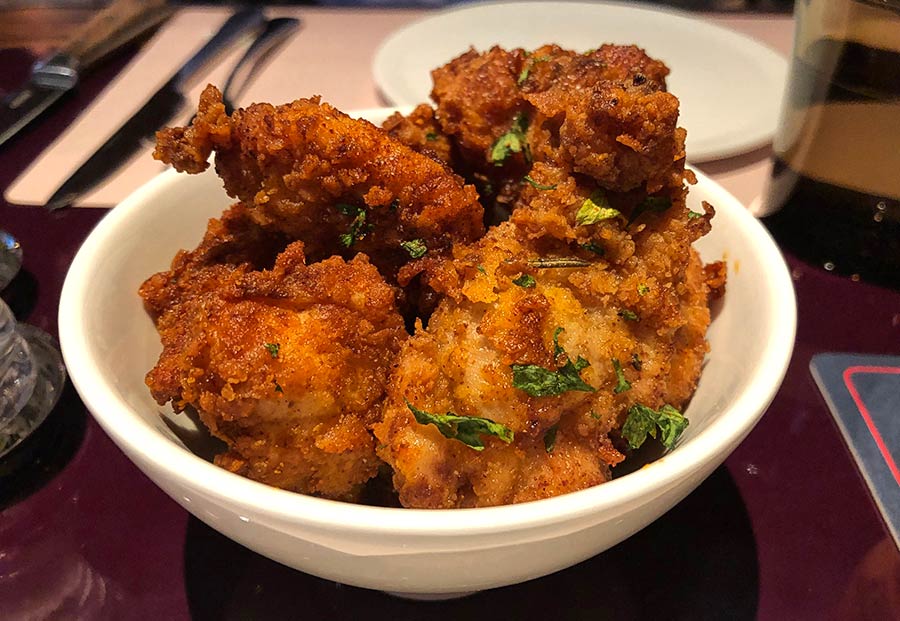 So yes, this is actually more chicken. That's because our dining companion steadfastly refused to go anywhere near the scratchings above. These chicken bites (£6) come with an excellent crunchy chicken aioli on the side. 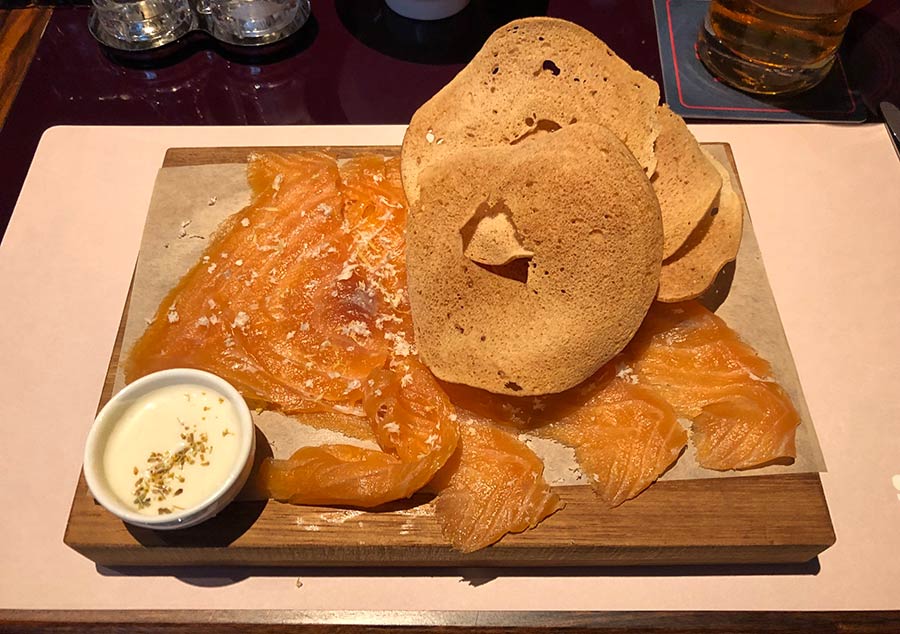 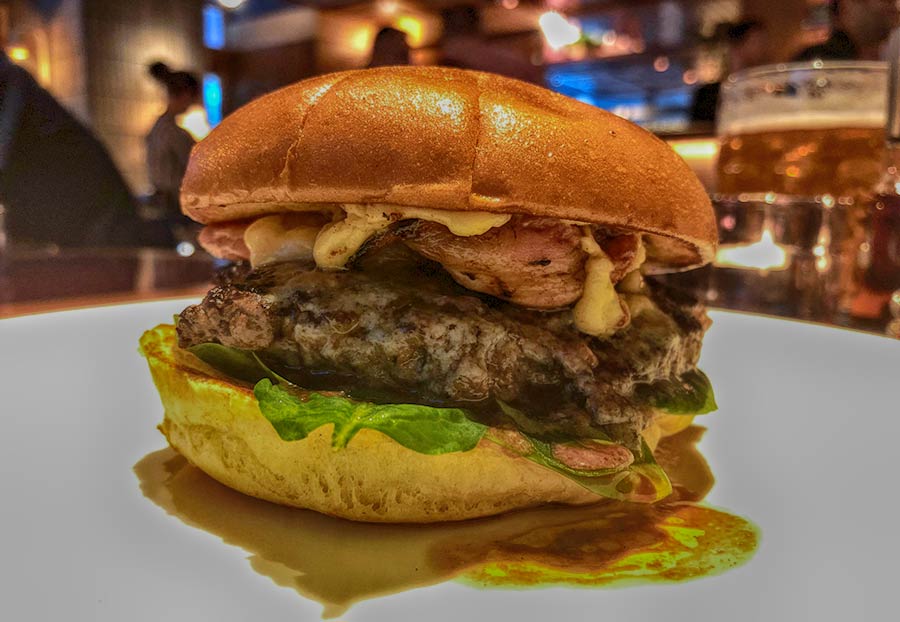 The Burger (£14) - this is aged beef, Branston, stilton, bacon, truffle aioli (and comes with fries). Yes, it IS a very good burger ( eeny bit salty but we'll chalk that down to early days). It's so good that we'd like to see a few more burgers on the menu or a few ways to customise this.

And now about vegetarians?

There are a few things on the menus for vegetarians. They include the "big pretzel" with mustard and Parmesan (£6), mac and cheese with black truffle (£12) and a grilled cheese sandwich with tamarind HP (£9). Plus there's this: 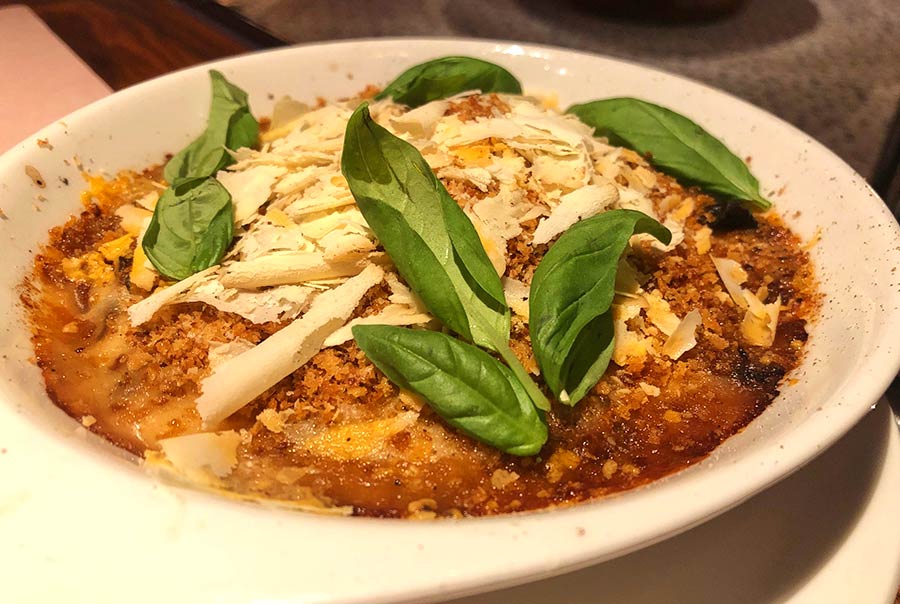 This is the aubergine parm with basil and aged ricotta (£12) - definitely the key veggie dish on the menu.

There's a small choice of desserts on the menu - as well as an ice cream snickerdoodle, there's... 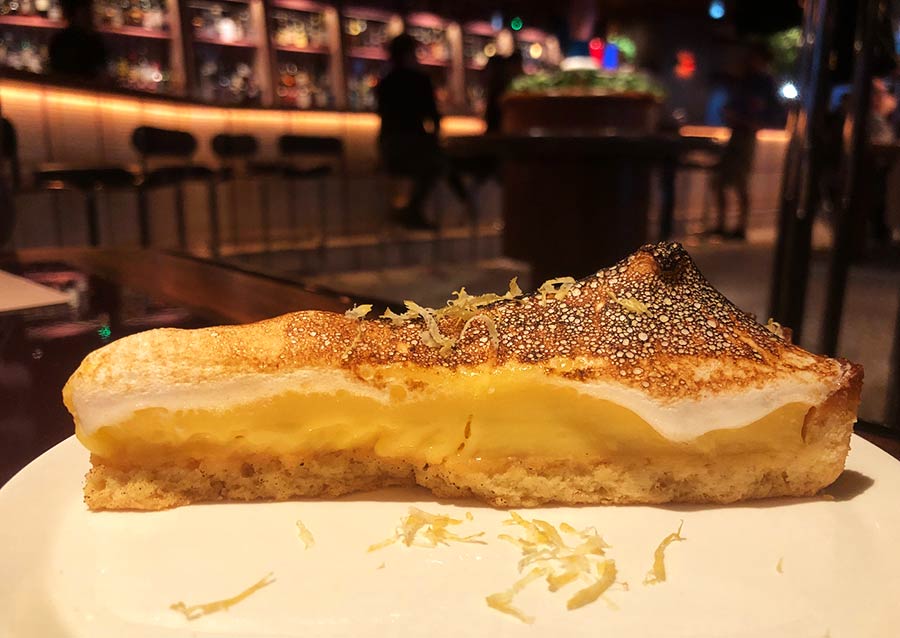 Lemon and lime meringue pie (£7) - a nice pie, but they need to be a wee bit more generous with the serving. 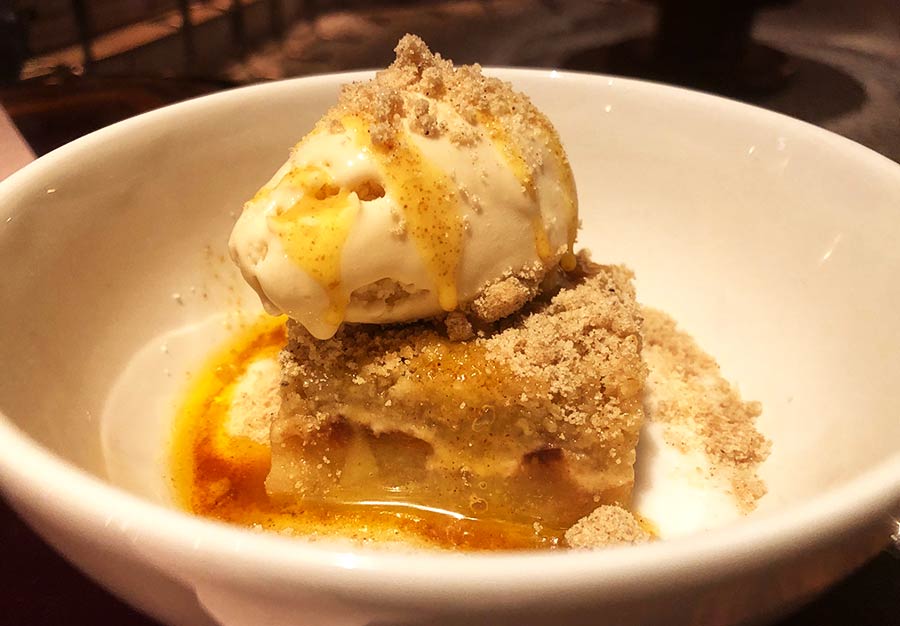 it's a pub, so yes - you may well just be dropping in here for booze. To that effect, there's a selection of beers n draught - from your basic Heineken through to Brooklyn Summer Ale - all around £6 a pint. As for wines, there's a short list - the house wine starts at £26 a bottle - it's generally priced a little lower than Isla. Cocktails are between £8 and £12 - kicking off with a Gherkin Martini if that takes your fancy.

Double Standard is a very handy place to have in King's Cross - it's a decent upmarket pub just minuted from the station. Adam Rawson's burger certainly makes it worth a visit and while the rest of the food is decent, we'd like to see them pushing the boundaries just a little bit more, for such a trendy hotel. It's early days yet, so let's see how the menu evolves.

Hot Dinners ate as guests of Double Standard. Prices are correct at the time of writing.

More about The Standard Hotel London