[SIGPLUS_EXCEPTION_SOURCE] Image source is expected to be a full URL or a path relative to the image base folder specified in the back-end but /blog/2013/pearson/gallery is neither a URL nor a relative path to an existing file or folder.
0
Shares 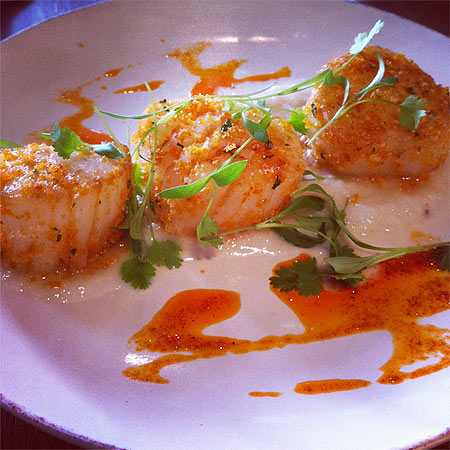 What can you tell me about the Pearson Room?

It’s the new restaurant within the Reebok Club at Canary Wharf, and is the brainchild of the award-winning sommelier Sunaina Sethi from Michelin-starred restaurant, Trishna. The 120-cover eatery is named after the Canadian Nobel Prize winner Lester B. Pearson, and offers an eclectic all day menu and seasonally-inspired cocktails, drawing influence from the drinking culture throughout Pearson’s life, from Oxford University in 1920s to his presidency in the 1960s.

The team behind the restaurant and bar originate from a range of places including members clubs to Michelin starred restaurants. Head Chef Vagner Matos and General Manger Johnny Gonzalez are joining the Pearson Room after working at Cecconi’s, Shoreditch House and the Swan Collection. The cocktail and drinks menu has been lovingly created by Victor Matos, formerly of Soho House Group and the Swan Collection, in combination with the team from Purl and the Worship Street Whistling Shop.

The sports club restaurant has had a major overhaul of its facilities, and is almost unrecognisable with help from the designers behind Bubbledogs and Le Gavroche’s bar. The decor is reminiscent of an Alfred Hitchcock film, with heritage leather, zinc bars and twee check print carpets. The food and wine menu boasts flavours and cuisine inspired from all over the world, from Essex to the Philippines.

16-19 Canada Square in London’s Canary Wharf, above Waitrose and next to the Reebok Sports Club.

Who is it suitable for?

With the restaurant sitting in the middle of London’s financial district, we expected a lot of suits and briefcases. However, the crowd here aren't so easily pigeon-holed; we saw large families with children and young couples enjoying their grub. Despite the crowd we saw, The Pearson Room is the perfect location for a fuelling breakfast feast, long lunch ‘meetings’ which turn into dinner, or after-work drinks at the bar.

There are a few chain-bars around Canary Wharf with beautiful views of the River Thames. However for a more unique experience, pull up a brass stool at The Pearson Room’s 70-cover bar, and enjoy a Chilli & Passion cocktail (£8), or one of their own brewed beers, such as the Pearson Oyster Stout or Pearson Lager.

This is a tough one, as the views of Canada Square are stunning from all angles due to the panoramic glass front. We sat on a large table in the middle of the room, facing outwards towards the square which we really enjoyed. We also spotted a more casual seating area which looks like it had been taken straight out of someone's lounge, including large sofas, gingham rugs, complete with a quirky bookcase.

Everything we tried was fantastic – so it really depends on what you fancy, and your budget. To start, we ordered some vibrantly spicy Filipino style adobo chicken wings (£8.50) and diver scallops with ndjua and Jerusalem artichoke puree (£9). They also offer a cold cuts sharing platter (£18) and Colchester rock oysters (6 for £15, 12 for £30) if you fancy a team effort.

Following this, we had an Pearson cheese-burger, with the American slice spilling out of the bun, tobacco onions, and smoked bacon served with skinny rosemary fries (£15), and the special of the day, the 10oz sirloin steak charred to perfection with black-truffle butter, and a rocket and parmesan salad (£28). The waiter suggested we order the cassava chips (£4) and buttered seasonal greens (£3.50) as sides, and they turned out to be the perfect partners in crime.
With the remains of our unusual bottle of Croatian Kozlovic Teran (£35), we thought it would be rude not to spoil ourselves with the Pearson cheese board (£15), which came with a juicy pineapple chutney.

We finished the meal with the Eton mess (£6), a great combo of fresh, tangy berries, smooth vanilla Chantilly cream, and light meringue. The meal was rounded off perfectly with two glasses of Marola, Grappa di Brunello (£7 a glass) to help digest what had been a monster of a meal.

It is, and we were given the option of salted butter or olive oil and balsamic vinegar. The bread rolls were steaming hot as they arrived at the table.

How much will this set me back?

Our meal was particularly indulgent, but for a reasonable three-course meal with wine for two people, it will set you back roughly £90-100. However, if you fancied popping in to The Pearson Room without gorging yourself, you could perch at the bar with a Pearson mule (£8), and order a couple of the plates from the bar menu, such as the buttermilk chicken with tamarind ketchup (£4.50) and the marinated octopus with smoked paprika (£5)

The Pearson Room was impressive, and we thought that it had the perfect balance of informality, intimacy, vibrancy and playfulness. The variety and diversity of the food and drinks menu reflects the backgrounds of the team running this exciting project, and the staff were present, but not intrusive, and helpful with any questions which we had. We're already planning what we'd order next time I go - which is a good sign.

Prices were correct at time of writing. Hot Dinners were invited to eat at The Pearson Room.