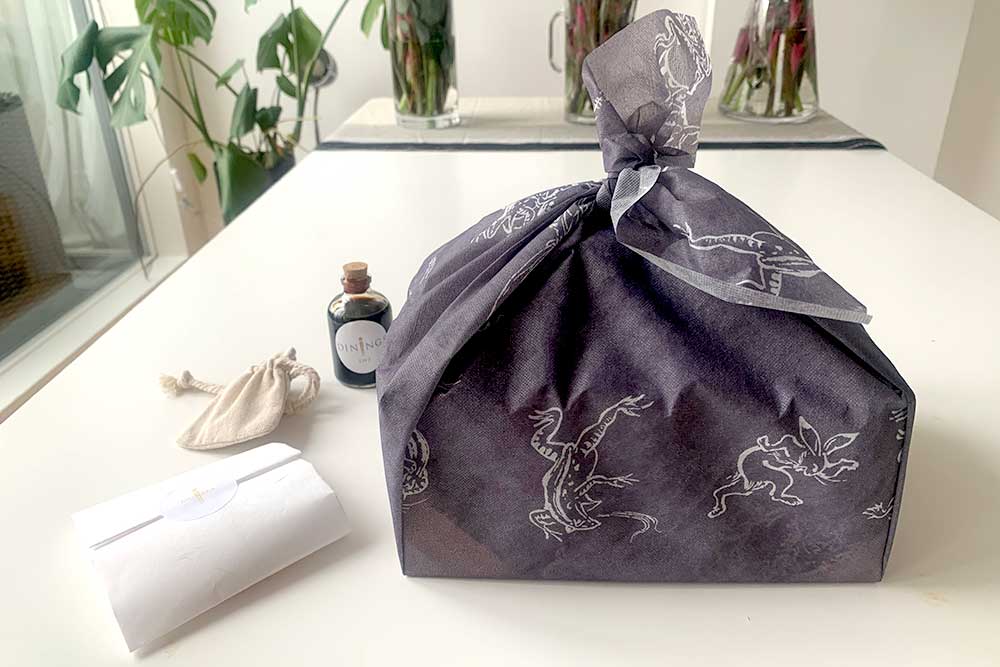 As it comes - all wrapped up beautifully and hand-delivered.

So what do we need to know about Dinings SW3?

It's the second Dinings restaurant to open in London. The original blazed a trail for omakase food when it opened in a back street in Marylebone back in 2006. The Knightsbridge restaurant is bigger and, it's fair to say, more glamorous - having taken over an old artists studio off Walton Street. Chef Masaki Sugisaki is responsible for the food here as executive chef. Having originally worked at his parents' kaiseki restaurant back in Japan, he came to Dinings from Nobu Berkeley.

And they're doing delivery?

They're doing hand delivery. The launch of Dinings SW3's luxury bento box doesn't mean it comes roaring to you on the back of a Deliveroo moped. A waiter from the restaurant drives it round to you, wrapped in a tablecloth. It's fair to say this is no ordinary delivery.

What's so special about this bento box then?

If you're after attention to detail, then it starts with the box itself which is made in Japan. Quite apart from the food (we'll get to that in a moment) you'll find hand-carved chopsticks, mother of pearl spoons for the caviar, a bottle of their own specially blended tzukuri soy and linen bags of organic Japanese matcha tea. It's all very beautifully done. 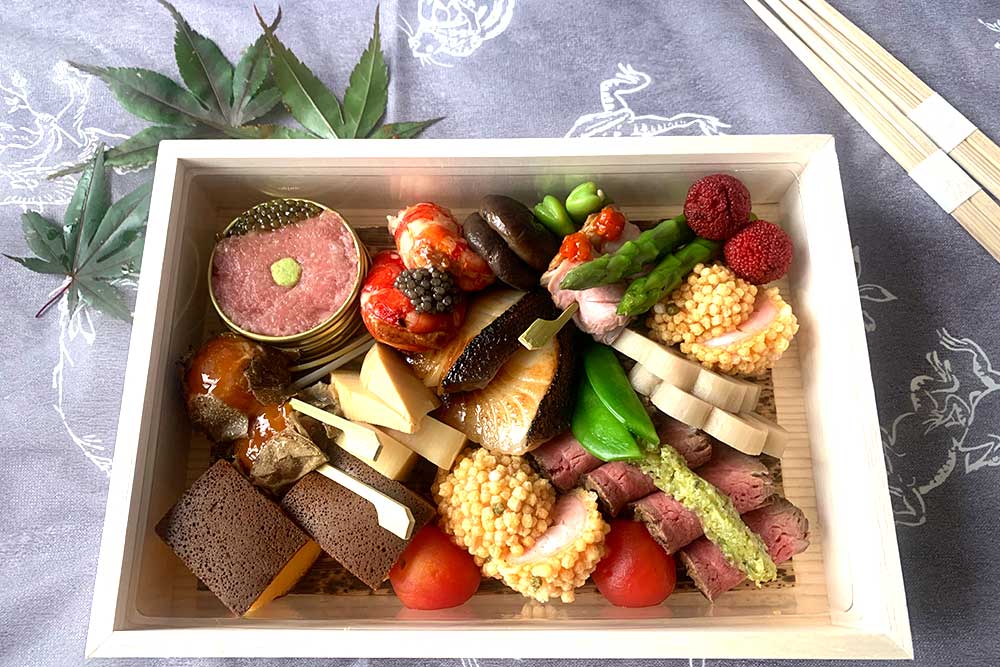 The first level consists of a range of what they describe as their own modern Japanese delicacies. There's a strong emphasis on the best produce from Britain and Europe. Highlights here were the teeny tin of toro tartare served with Oscietra caviar, their truffle miso cured egg yolk and potted Devon lobster cakes with a rice cracker coating. 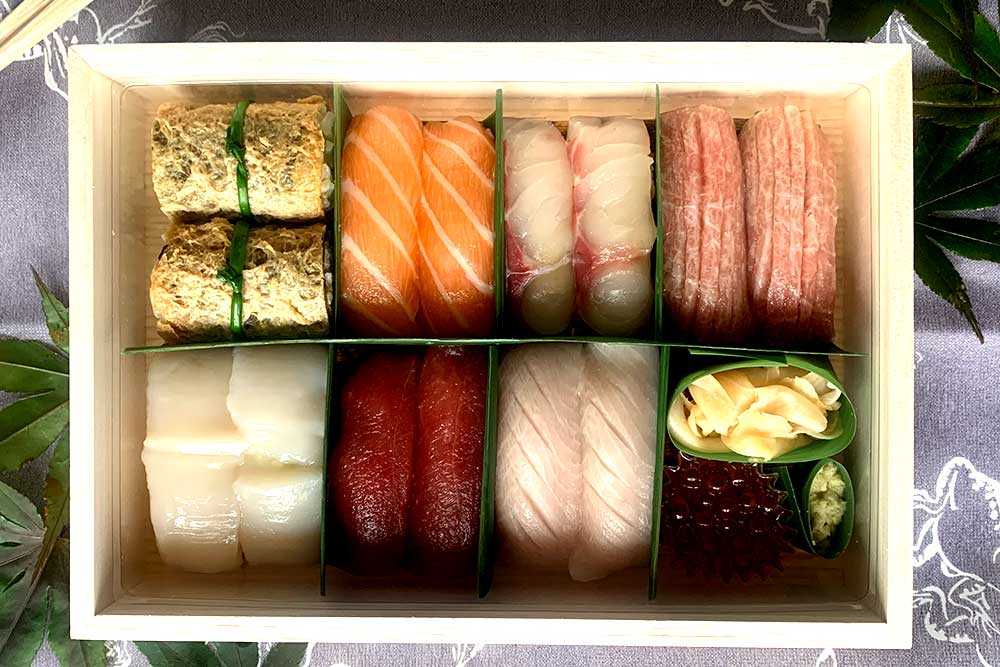 On to the second layer and here you'll find a range of beautiful sushi. There's wasabi inari made with English wasabi leaf and wrapped in braised tofu skin, yellowtail from Kumamamoto in Japan and - our personal favourite - hand-dived scallops from Frazer in Cornwall. 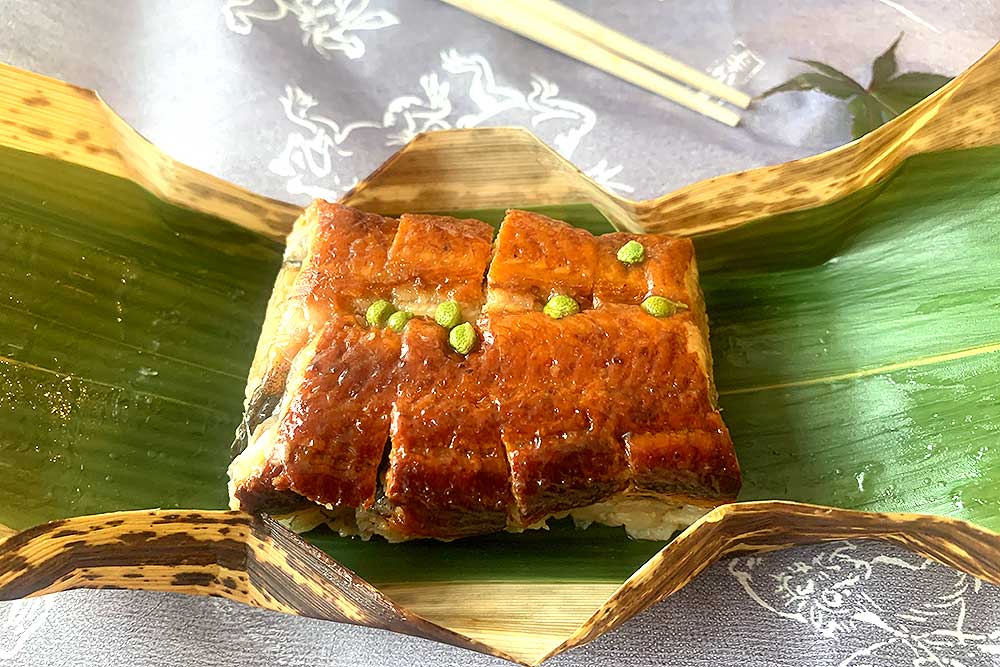 Separate to these is a banana leaf parcel of freshwater eel 'battera' topped with Asakura sansho peppercorns.

If you're still not going out to restaurants - and we know plenty of people are still a little wary - then this home delivered feast is an easy recommendation. It's particularly perfect for any special occasions you might have coming up, due to its beautiful presentation. If your own plating skills at home are seriously lacking - do yourself a solid and order this as a treat.

Where is it? Lennox Gardens Mews, Chelsea, London SW3 2JH

How to book: Can be collected or hand-delivered - within a three-mile radius. Available Thursday – Saturday only, and must be ordered two days in advance. Book online at their website.

Hot Dinners was sent this bento box as a gift by Dinings SW3. Prices correct at time of publication