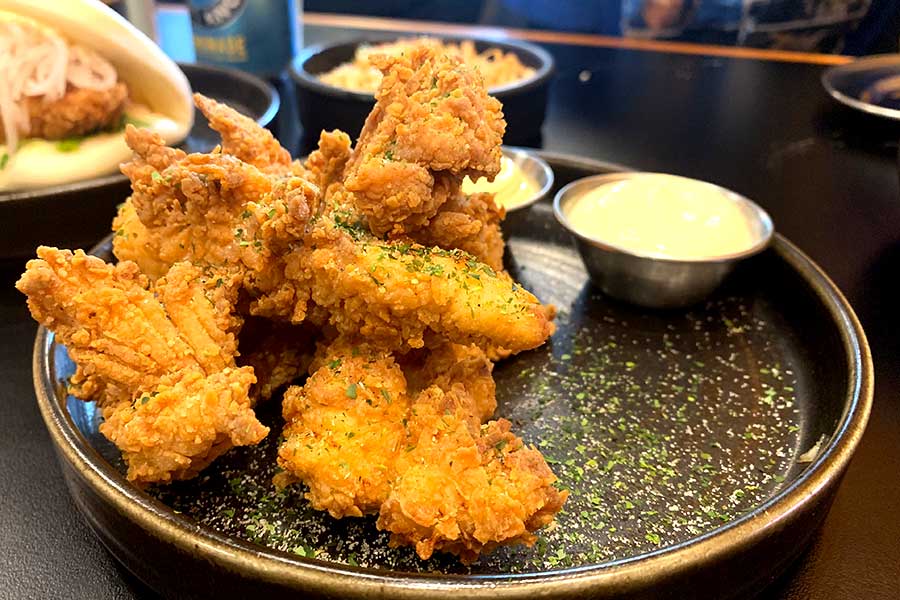 So what do we need to know about Coqfighter?

The street food trader turned bricks and mortar operation is the brainchild of Aussie mates Australian pals Troy Sawyer, Deacon Rose & Tristan Clough. They've been steadily growing a fanbase from their operation at Boxpark in Shoreditch. Now they have their own restaurant in Soho.

On the oh-so-appropriately named Beak Street in Soho opposite Great Pulteney Street, having taken over the old Ma'Plucker site. It's equidistant between Oxford Circus, Piccadilly Circus and Leicester Square tube stations.

Where's a good place to grab a drink first?

There's no separate bar here (although they do have a cracking new selection of batch cocktails to try, along with their own label Coqfighter lager brewed with Fourpure). That said, you're not short of drinking holes down here. The Sun and 13 Cantons is just across the road. Or Milk & Honey is only a short walk away.

There are two seats up at the front window and then the main section of the restaurant is given over to communal tables. At the back, there's another, smaller room with tables of two and four.

So it's just burgers and wings, right?

Yes and no. Obviously they'll be doing the burgers, baos and wings that they're known for, but having a larger kitchen here in Soho means they're able to expand their menu a little including the addition of a few new side dishes such as Korean-style Cheesy Corn and and Drumsticks with XO Chicken Gravy and Szechuan Salt. 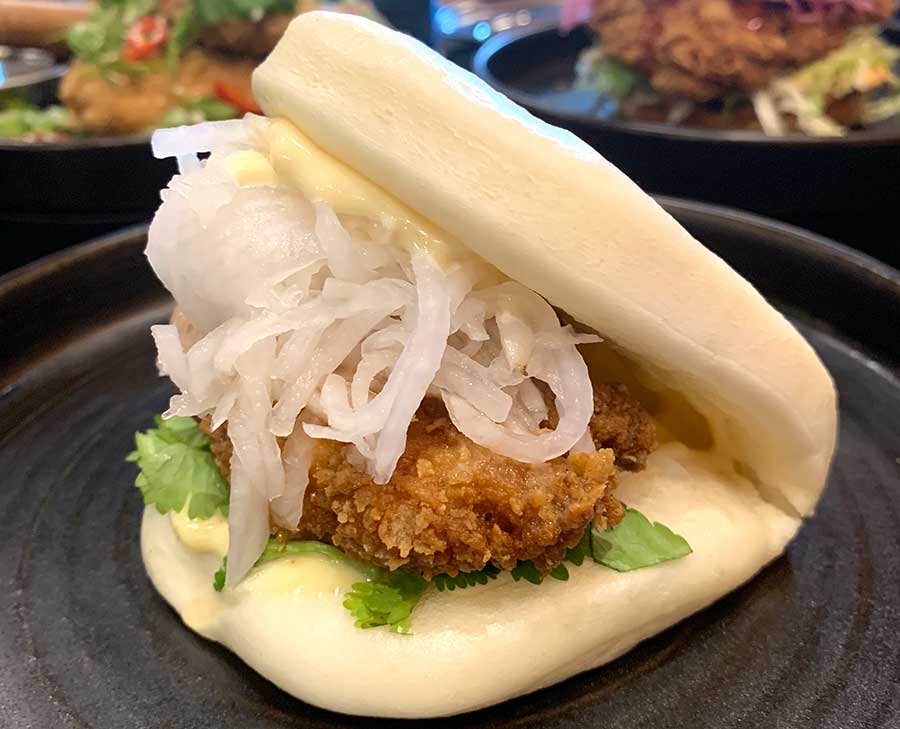 Fried chicken thigh bao with szechuan mayo, pickled daikon, coriander and Korean hot sauce (£4.50) - it's actually a pretty big bao, so if you want to try more of the menu you could easily share one of these between two. 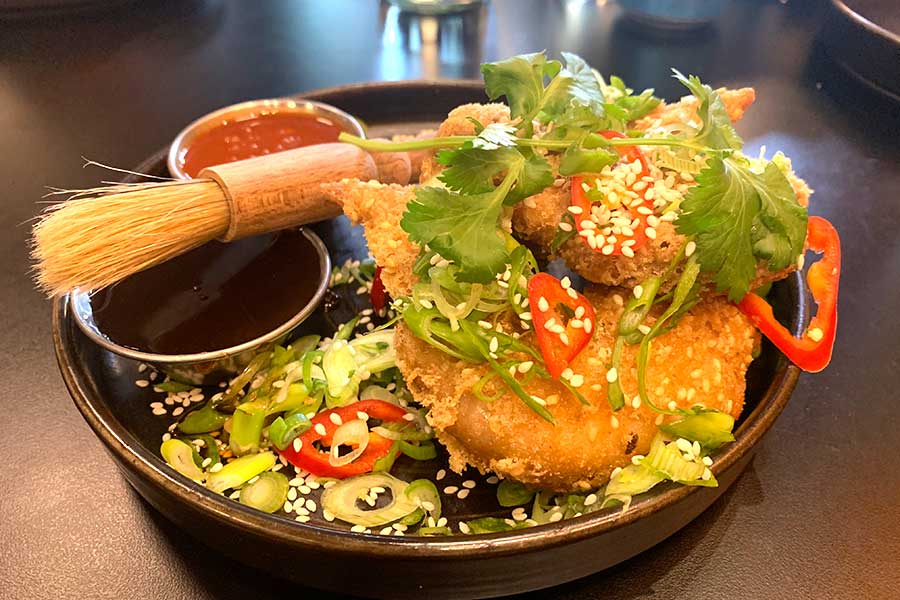 Chicken wings in wafer thin vodka and sesame batter served with a soy garlic glaze and Korean hot sauce, along with a brush to paint them on to your wings. (Start at £5.50 for a single portion). We ordered these almost as an afterthought and pretty much demolished the plate. Epic wings. 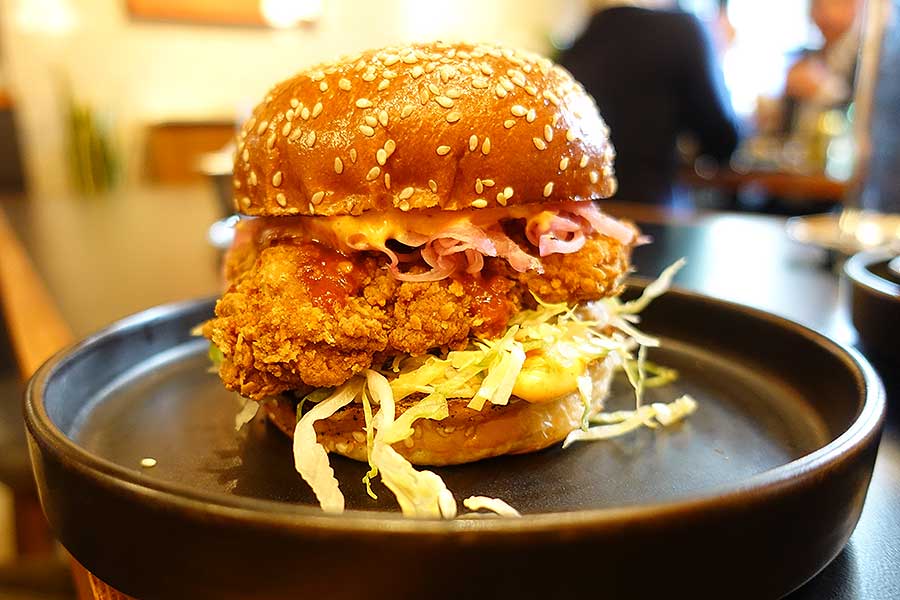 Is there anything at all for vegetarians?

Actually, there's quite a lot more on the menu than you might expect. Vegan dishes include their amazing fries with dashi and smoked paprika salt (£3). There's also a vegan burger make with fried soya chicken fillet, Umeboshi buffalo sauce and candied jalapeno mayo. Veggie dishes include their new cheese corn and their green slaw with thai ranch dressing. 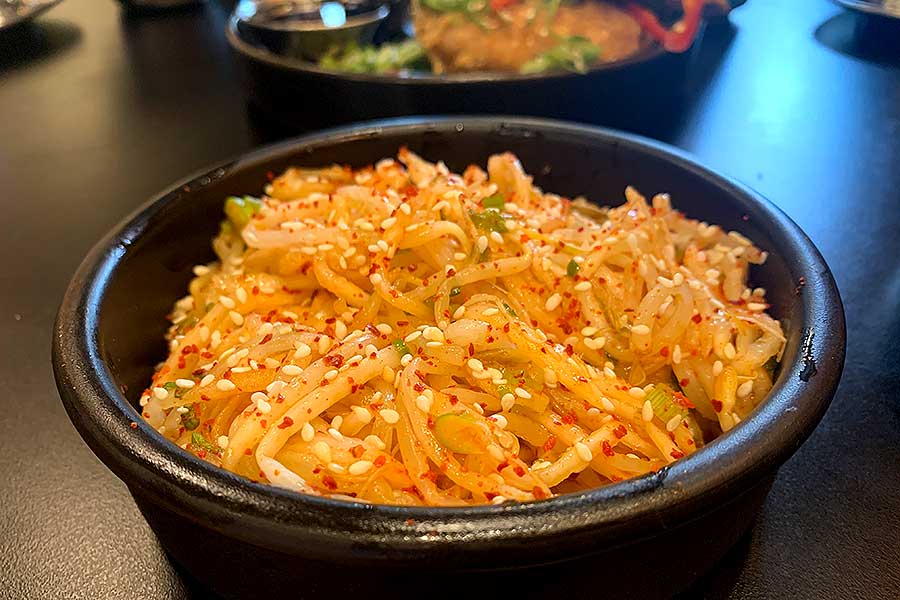 Daikon salad - a new vegan dish at the Soho restaurant - pickled daikon with beansprouts, spring onion and Korean dressing (£3). Packs quite the punch.

We'd long seen people posting photos of Coqfighter's whopping chicken burgers on Instagram - oozing hot sauce and looking mighty fine. But their expanded menu here in Soho showcases all the other stuff they can do. It's fun, good value and really, really tasty. Highly recommended.

Hot Dinners dined as guests of Coqfighter. Prices correct at time of publication.