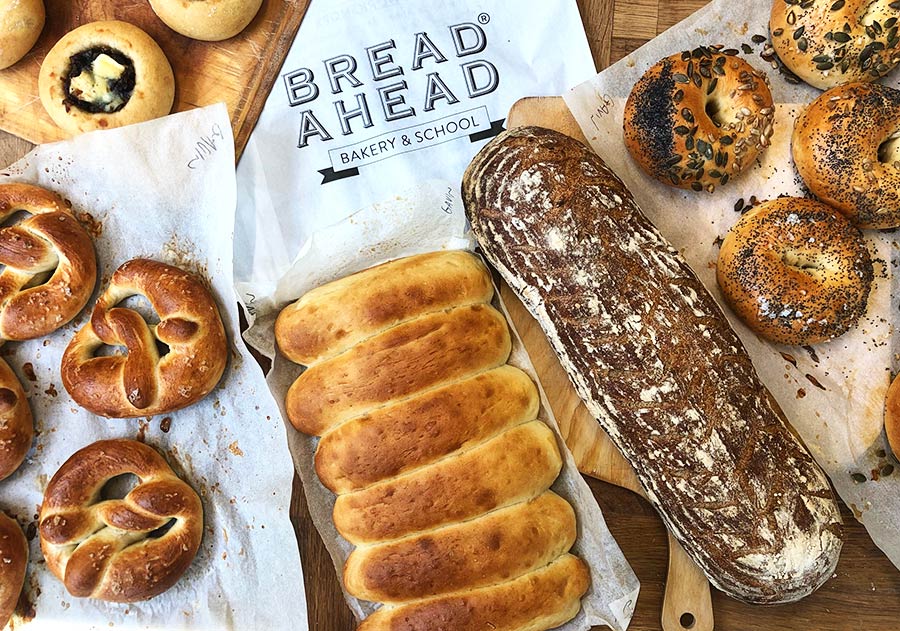 Spoiler alert - we made all this.

We really enjoy a good cookery class. And when it involves bread - not really one of our specialities - we're very keen to learn. So an invitation to try out the New York baking workshop at Bread Ahead's Chelsea bakery school was eagerly accepted.

It's one of two locations for their bakery school - the other being in Borough Market where they first started off. Later this year, they're going one step further with their huge Wembley operation which adds a whole baking academy - aimed at people who want to look at baking as a profession. That's a little too advanced for us - but the one-day NYC baking class we attended was perfect. No baking skills are needed, as you'll be taken through everything by your teacher (and will get all the recipes after). 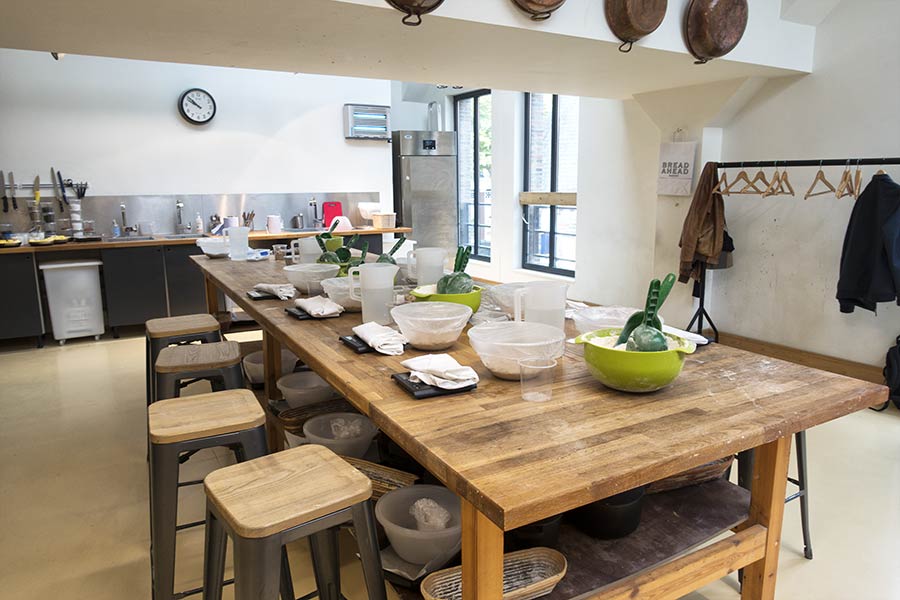 This is where it all takes place - at the Bakery school on Chelsea's Pavillion Road. While you are given all the ingredients, you'll be doing all the measurements yourselves. Note the lack of machines. All the dough is kneaded by hand on this course, so be prepared to get stuck in.

First up is the caraway rye bread - which is also blessed with the messiest dough. Baking this takes up most of the morning in batches. So you mix the dough and let it prove a couple of times, get it into its proving basket (top right) and then after about 30 minutes empty out and - after admiring your handiwork - score the bread and put it in the oven. 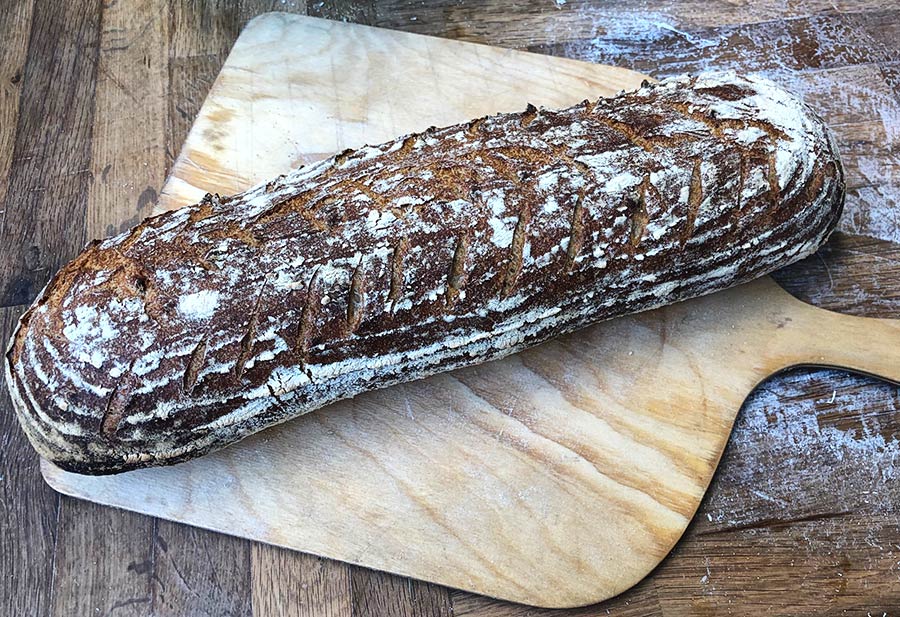 Then, 35 minutes later, you'll be taking this beauty out of the oven. 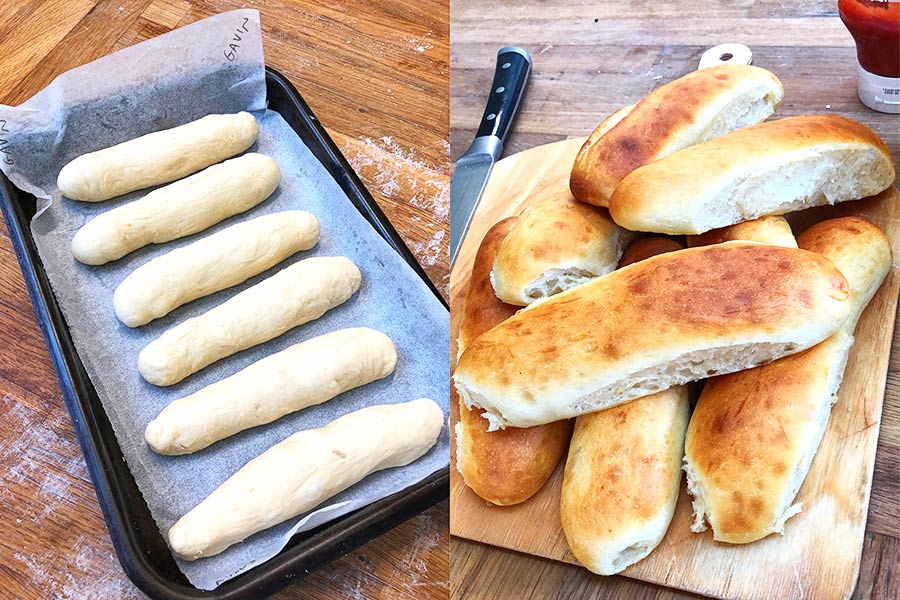 Next up - brioche hot dog rolls, a very handy recipe to get stuck into. Make these round and you'll get burger buns, of course. You'll be having some of these for lunch.

These are bialys - Eastern European filled rolls that are found in NYC. Ours were filled with caramelised onions and goats cheese.

Our effort at pretzels left a teeny bit to be desired on the shaping front, we'll be honest. Bit puffier than we'd have liked but still good. Unlike the bialys, these (and the bagels below) need a very (very) brief poaching in water before going into the oven. 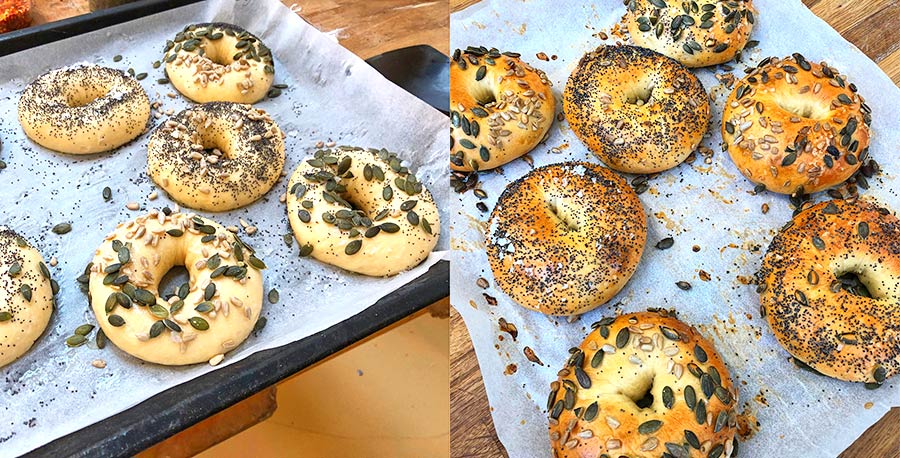 Of course, we had to finish up with bagels. Here, you can go a little mad with the toppings. And yes, they did have smoked salmon and cream cheese handy. 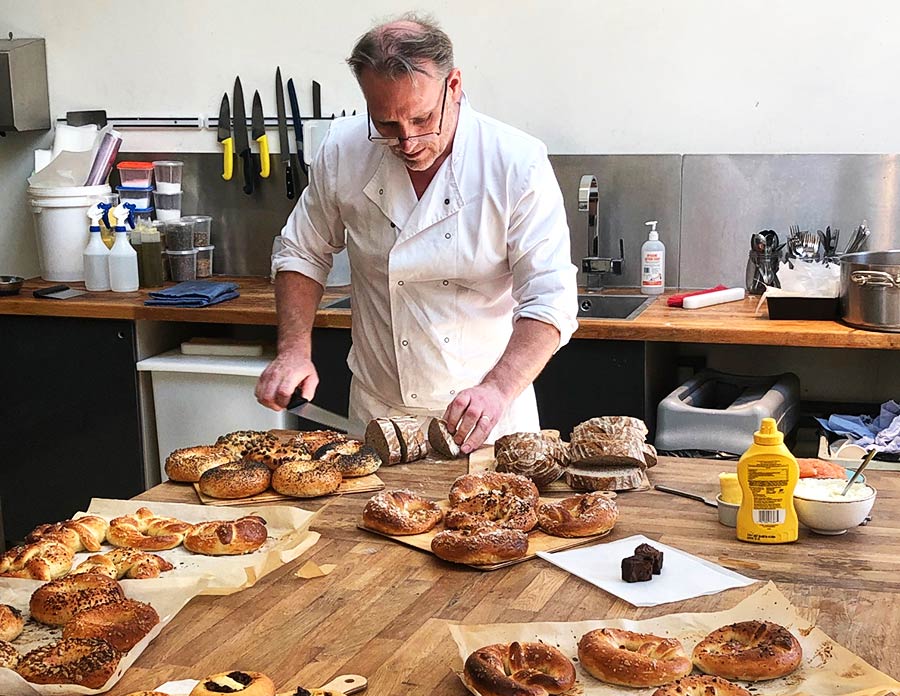 You absolutely won't go hungry on the day. Not only will you get the chance to eat everything throughout the day, but you'll be taking home everything that you made. As you can see from the top picture - you'll be eating bread for weeks. Make sure there's space in the freezer before you head to the course - you'll need it.

Hot Dinners attended the class as guests of Bread Ahead.

More about Bread Ahead Bakery School

What other classes are there? There are a lot of different options including Scandinavian, Middle Eastern, and Eastern European baking classes. As well as doughnuts (of course), pizzas, sourdough, flatbreads - and a gluten free course too. See them all here.