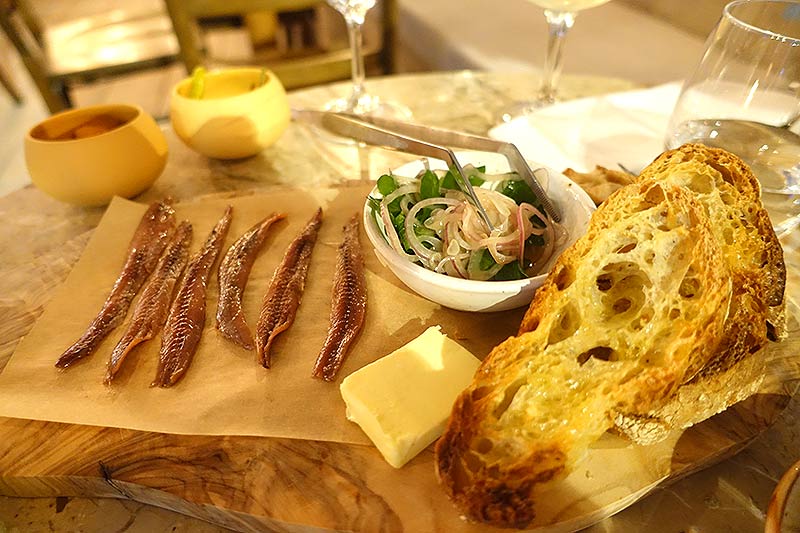 So, what do we need to know about Rambla?

First that it's the new restaurant from chef Victor Garvey, who's most recently brought us the lovely Sibarita and Encant, both in Covent Garden but before that was at Bravas Tapas over in St Katharine Dock.

On Dean Street, opposite the Groucho. It wasn't a restaurant before which was a criminal misuse of this lovely space. If you're a fan of Sibarita this has some similarities as there's an alleyway down one side which they've made full use of to bring plenty of light into the space. The dining room wraps around a space for counter dining and the result is one of the nicest spaces to eat in we've been in a while.

We're presuming you're not members of the club opposite, so your best bet might either be a swift half in The French House or maybe a cracking cocktail downstairs at nearby Basement Sate. 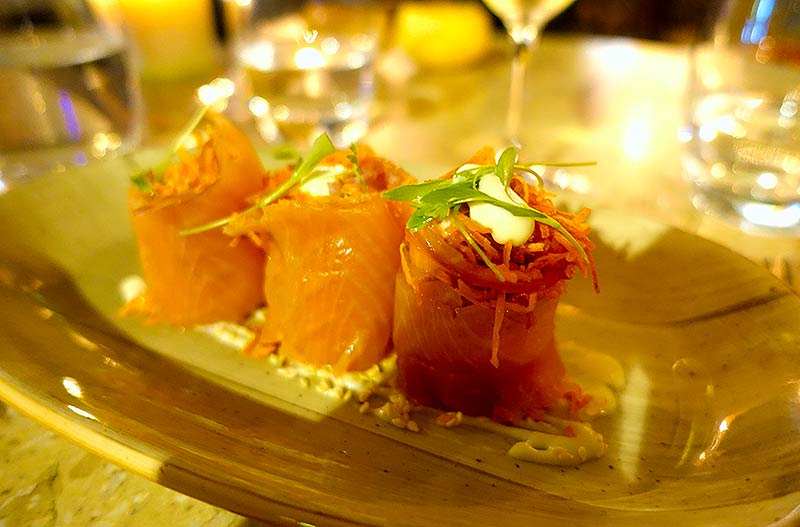 What's on the menu then?

A lot of the traditional Catalan hits and then some.

After the usual (but bloody good) charcuterie and cheese you'll recall from Sibarita, the menu splits into a raw section plus a vegetarian section of equal length. We were dining during Rambla's soft launch period, so our meal here saw us work through most parts of the menu.

Highlight in the starters section were a really great tasting pan con tomate (£4), cured salmon rulada - a roll of smoked salmon stuffed with fried crispy potato with onion escabeche and horseradish (£6) and some fine L'Escala anchovies (£6).

You may remember the quail drumsticks from Bravas Tapas - here they're served with a Pansals Wine Sauce (£6) and you definitely don't want to leave without ordering the Butifarra Negre sliders which come topped with wonderful green apple slaw for a fiver. Oh and the hake which comes with a creamy cava and morel sauce (£7).

It's a short list of just three desserts - we went for the apricot and almond coulant which was just the ticket after such a blowout meal. 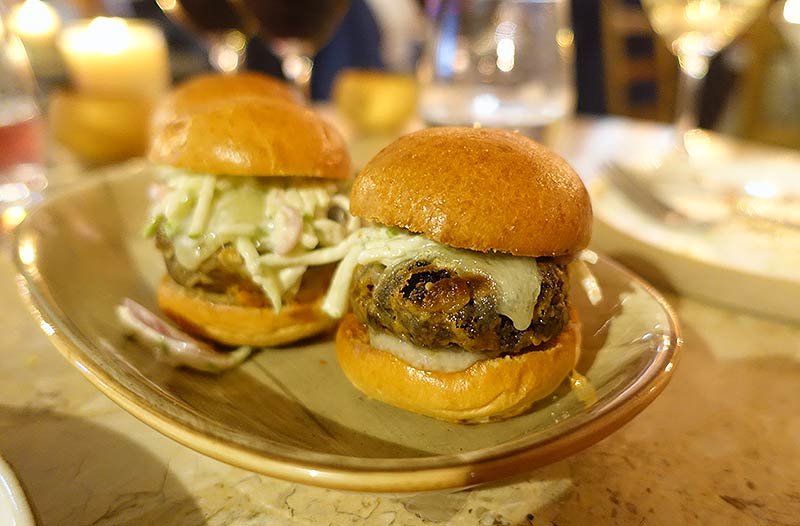 Kick things off with a glass of Mirame Cava at just £4.50 and even if you stick to house wines, like we did - the Verdejo and Tempranillo - you'll do just fine. Although there is a crazily good Pedro Ximenez which at £7.50 a glass is too good to pass up.

Garvey and his launch team of Marsida Rexhpaj and GM Claudio De Martino, have developed something of a magic formula. Londoners love Spanish food and Garvey is becoming very good at giving it to them in really nicely designed surroundings, but with a few twists to keep things fresh. You'll find us up at the counter, trying to decide between the jamon or crudo - and ordering both.

Hot Dinners were invited to Rambla. Prices are correct at the time of writing.