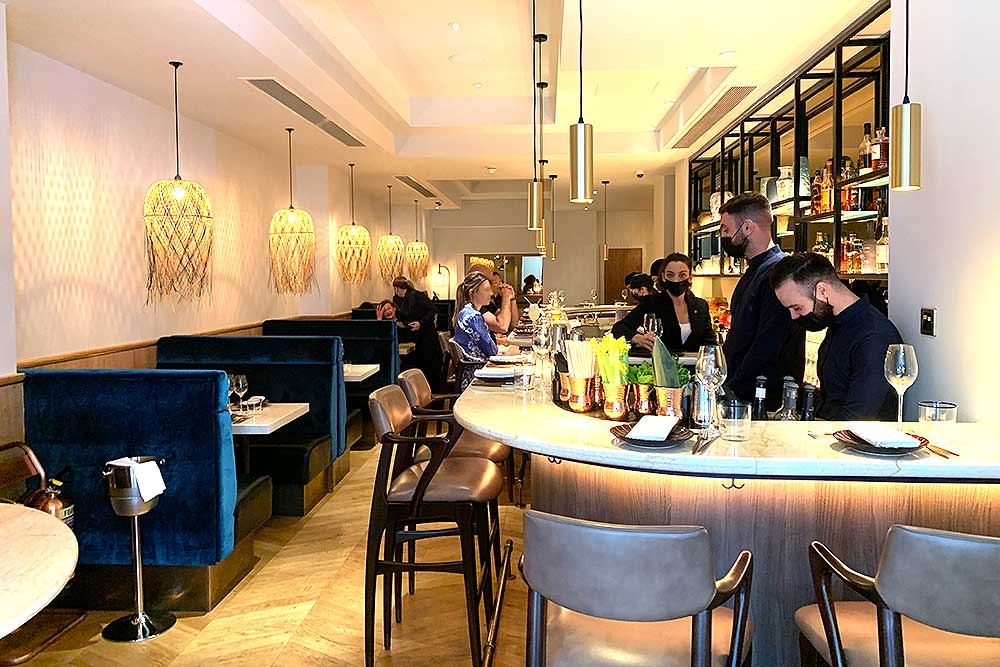 So what do we need to know about Bar Des Pres?

If you're a French ex-pat living in London, it's pretty much a given that you already know about this new Mayfair restaurant. The chef behind it is Cyril Lignac who can be most usefully described as a Michelin-starred French version of Jamie Oliver. So he's on TV a lot, has plenty of restaurants in Paris but this is his first London outing.

You'll find Bar Des Pres in the heart of Mayfair on Albemarle Street, where Indian Accent used to be. The nearest tube is Green Park.

The easiest spot is probably the Donovan Bar at Browns on the opposite side of the street or The Clarence pub on nearby Stafford Street.

It depends really on how many of you there are and whether you prefer counter dining or not. There are two dining rooms - the downstairs one is currently only really being used at the weekend to start with. Both have counter dining, but we really liked our booths for two on the ground floor.

Think Japanese with a French influence. If you've been to the Paris version of this restaurant - which it seemed like 99% of the clientele had, judging by the way they were greeted on the Saturday lunchtime we were there - then it'll be quite different. There it's a solely raw food menu. The London menu features many of the Parisian signature dishes, but is considerably larger in scope. Label Rouge Scottish salmon maki with avocado, jalapeño, sriracha (£16) - Nothing particularly innovative here, but the quality of the salmon is what it's all about. 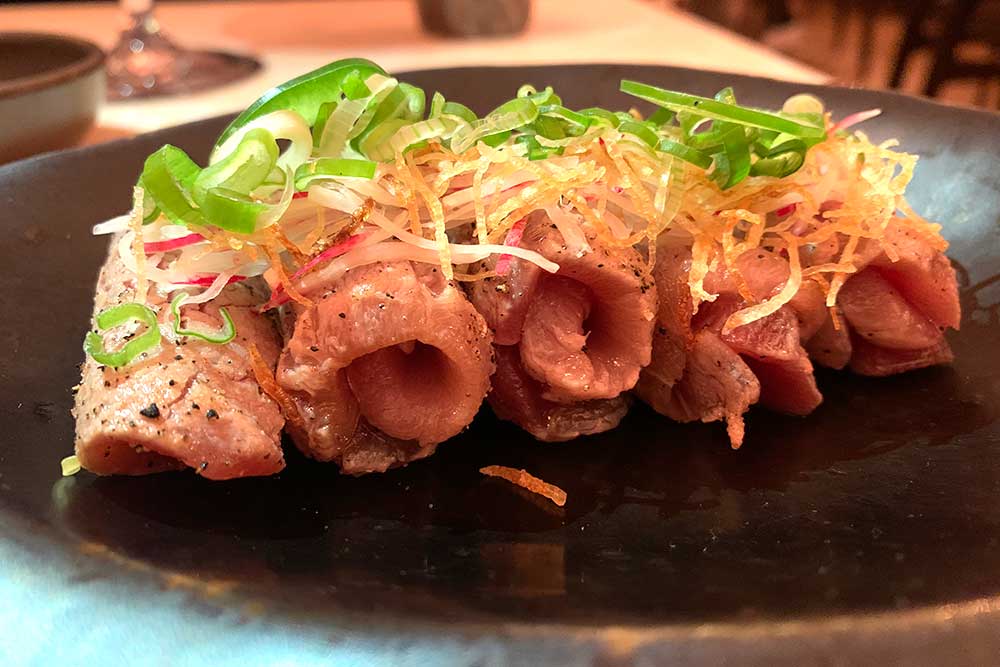 Seared chutoro, ‘pommes paille’ with jalapeño vinaigrette (£23) - you know what sashimi has been missing all this time? Crunchy potato sticks on top, of course. 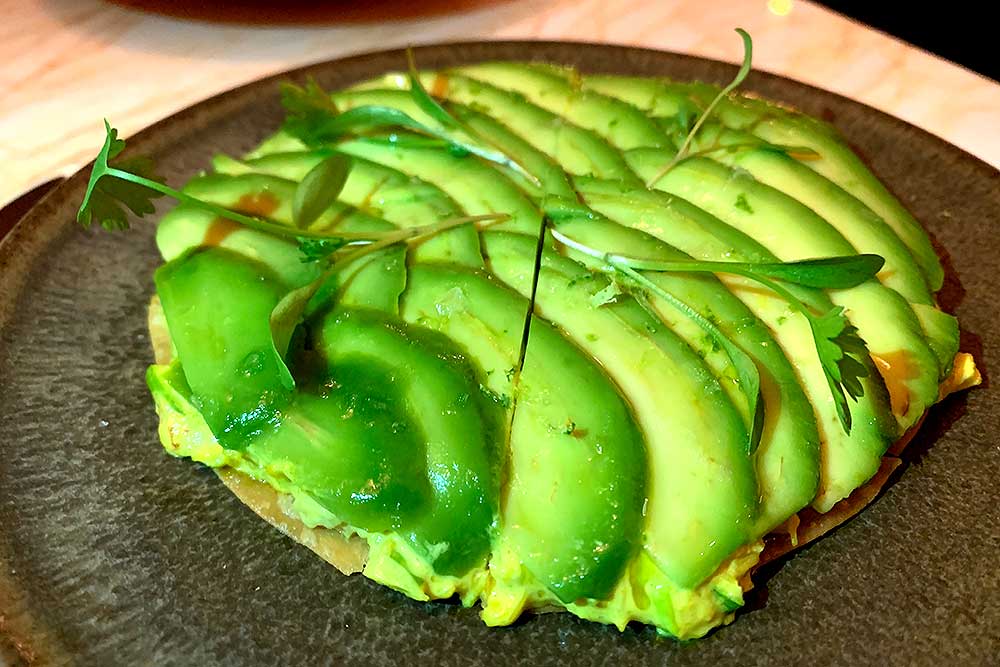 Crunchy crab & avocado galette, Madras curry (£19) - a signature dish of a wafer thin galette topped with crab scented with curry and then finished off with wafer thin leaves of avocado. Pretty as an Instagram picture but tastes really good too. 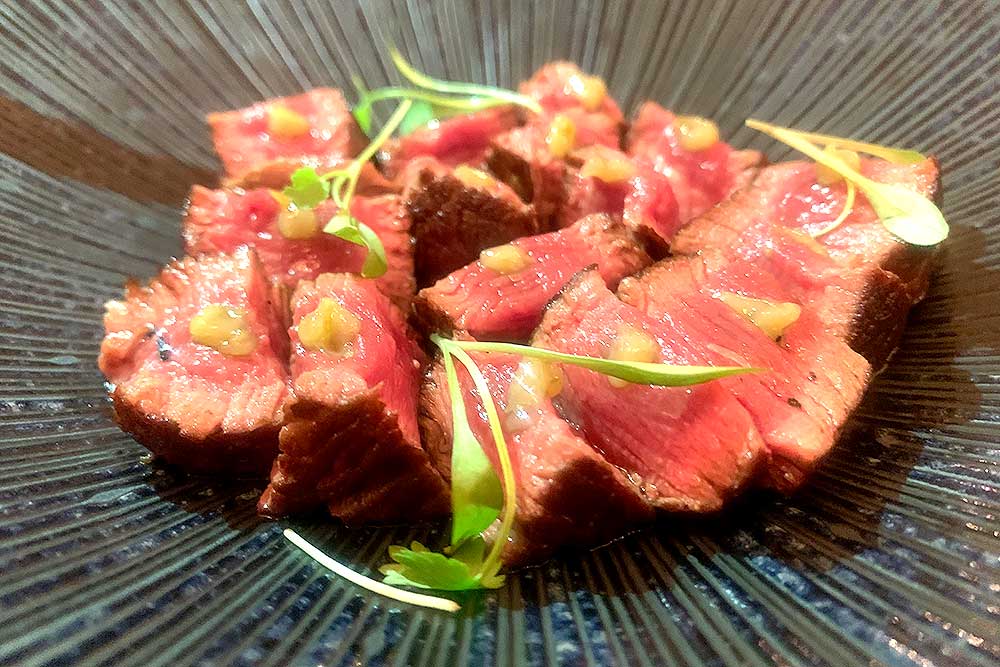 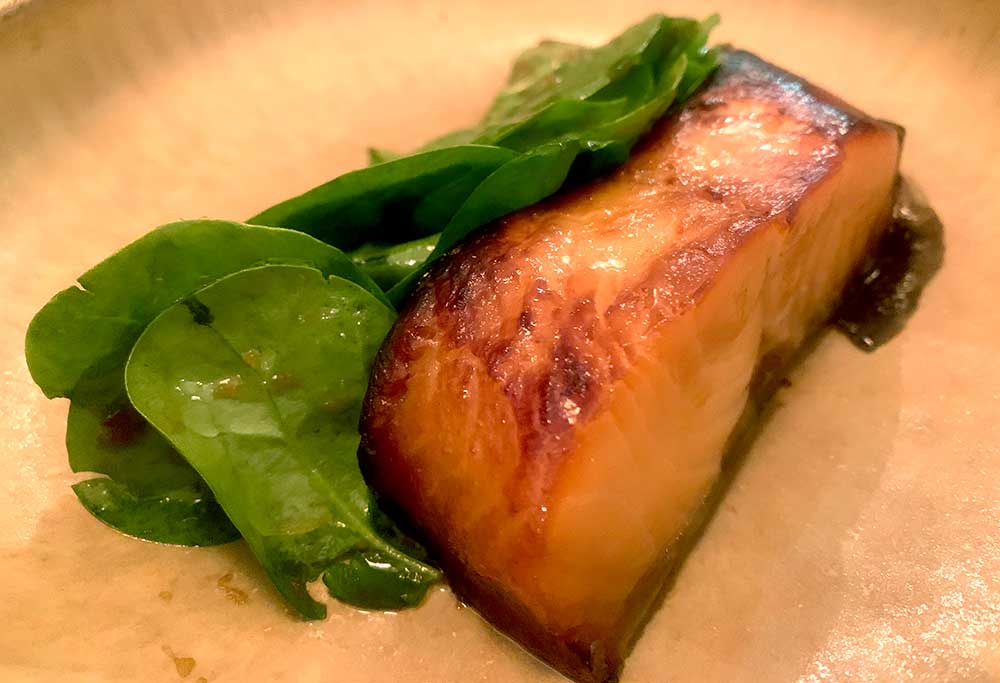 Black cod caramelised with miso, baby spinach, sesame onion vinaigrette (£39) - if you like black cod, and it seems like most of Mayfair does, this will be right up your street.

What about vegetarians and vegans?

There really isn't much in way of veggie offerings. Except for one key dish, the vanilla mashed potato (yes you read that right). Eric's vanilla mashed potato (£8) is going to be a real Marmite dish. Made infusing the cream for the mash with vanilla pods, it gives nearby Comptoir Robuchon a run for its money as the creamiest mash in Mayfair.

100% and you should order earlier dishes bearing this in mind, because you're going to want to order one of these... 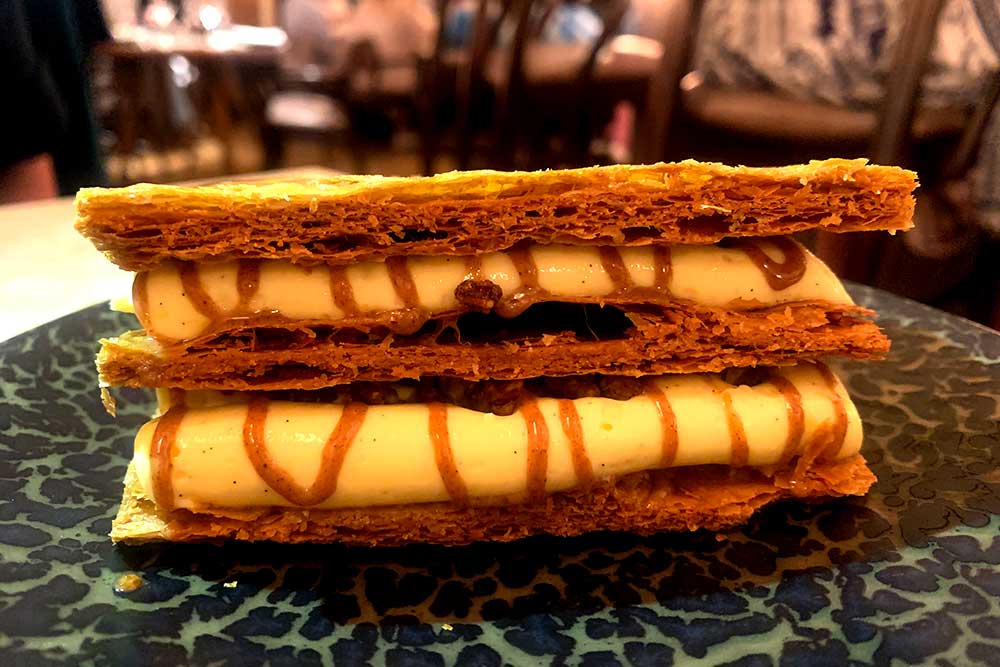 Vanilla and pecan praline mille-feuille (£15) - one of those desserts you swear you're never going to finish and act surprised to find out you've polished the lot off. 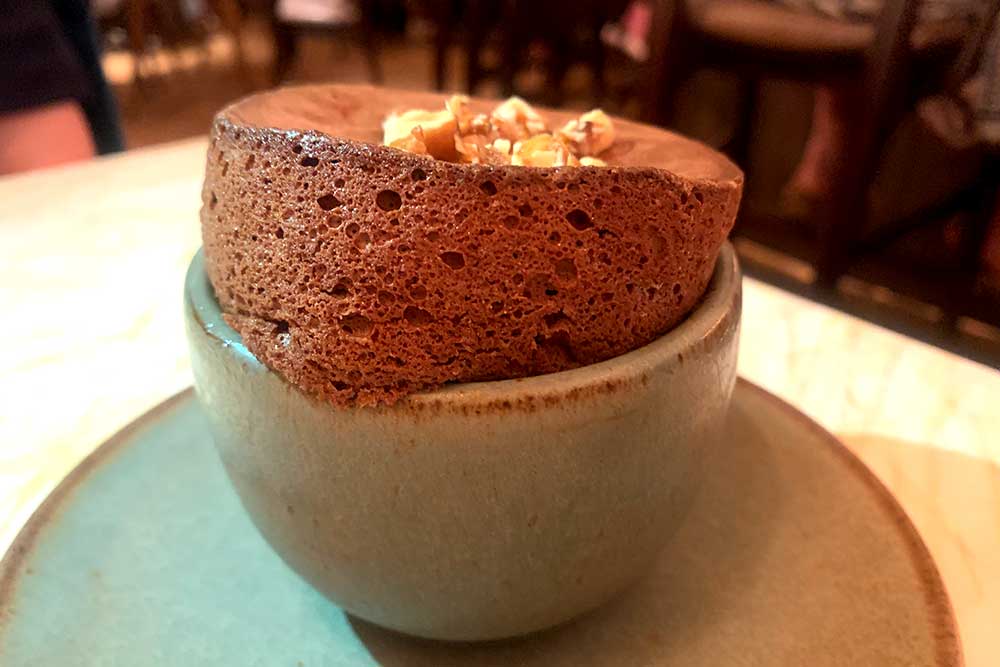 Guanaja chocolate and hazelnut souffle (£14) - the reason we missed restaurants. You'd never make it at home yourself, so come here and order this one.

In addition to an inventive cocktail menu, the wine list - as you might imagine from such a well known French chef - is devoted to French wines. And it is spendy - we spotted one bottle at £50 but the rest is north of that and goes all the way up to a 1990 bottle of Chateaux Margaux at £2250. If you're a fan of rosé, try the biodynamic Corsican rosé from Faustine at £12 a glass.

If you can't get to Paris this year come here instead - after all, every French ex-pat in London is doing the same. Sure, it's going to be a pricey meal out, but if you're a fan of the Parisian original it's actually much cheaper to go to the London one - that maki platter is 27 euros in Paris compared to £16 in London. Practically a bargain!

Where is it? 16 Albemarle Street, London W1S 4HW