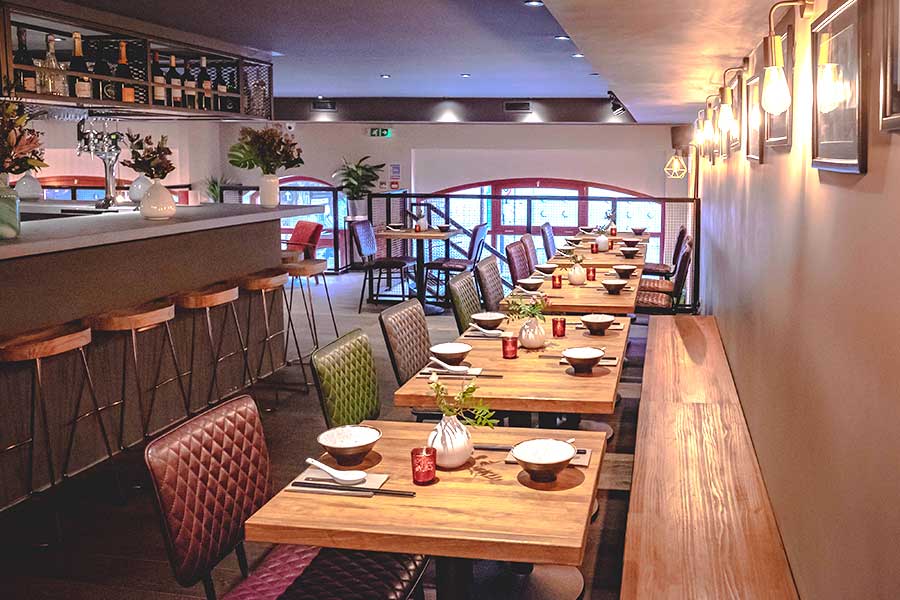 The upstairs dining room with bar at BaoziInn Borough

So what do we need to know about BaoziInn Borough?

It's the fourth London opening for the group who also have restaurants in Soho, Chinatown and trade at Market Halls Victoria (as well as the new food court out at Intu Lakeside). This is their flagship restaurant. They're best known for their dumplings, some very brightly coloured indeed, and this new site brings more roasted meats to the table too.

It's very near Borough Market, on Southwark Street. If you're coming from Borough, it's just beside the Native/Casa do Frango building. The closest tube is London Bridge.

If you're after beer with oompah - there's Katzenjammers on the same road or head to Call Me Mr Lucky for cocktails. For a normal pub experience, one of London's oldest pubs - the George - is a few minutes walk away.

There are three floors to the restaurant - both the ground and first floor also have bar areas if you want to enjoy a drink here first.

And if we were having a drink?

Although the cocktail list wasn't available when we visited, we rather liked the sound of a Sesame Old Fashioned or Kumquat Daiquiri - all cocktails here cost £10.50 and they do four types of virgin mojitos if you're off the sauce. The wine list is short and pretty reasonably priced - we went for the house white from Galicia which was just £5.30 for a 175ml glass. There are also three beers on tap - Asahi, Meantime and Frontier.

So, onto the food. Is it the same as at the other BaoziInns?

Yes and no. You'll find the traditional dumplings on the menu here, but if you're after their soup dumplings - here they come in XXL size (we couldn't work out how on earth we'd eat them so chickened out). They're also going big on Chinese roast meats here too. 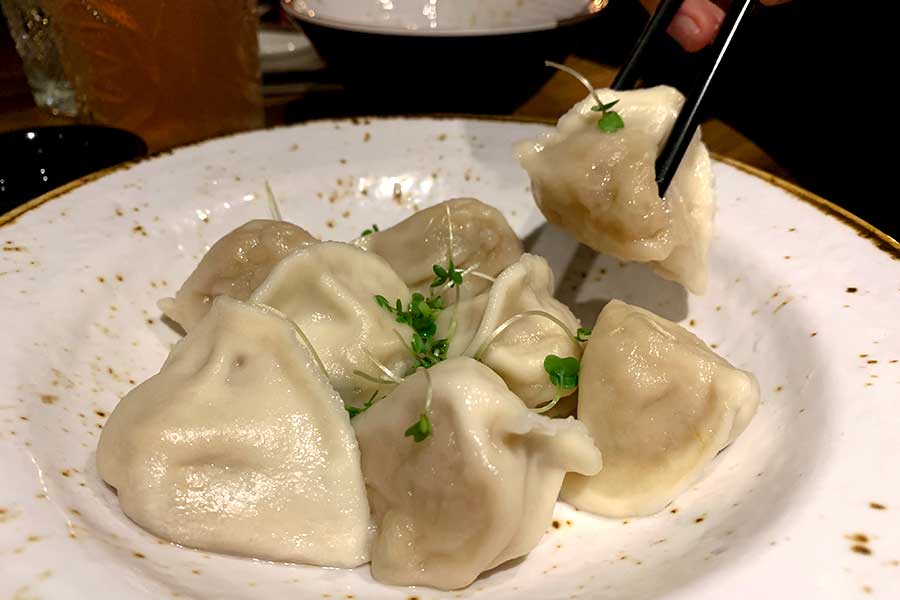 Traditional pork jiaozi dumplings with vinegar sauce (£8.90 for eight). Packed tight with juicy minced pork - you'll want to order more of these, but you should maybe hold off because you'll also want... 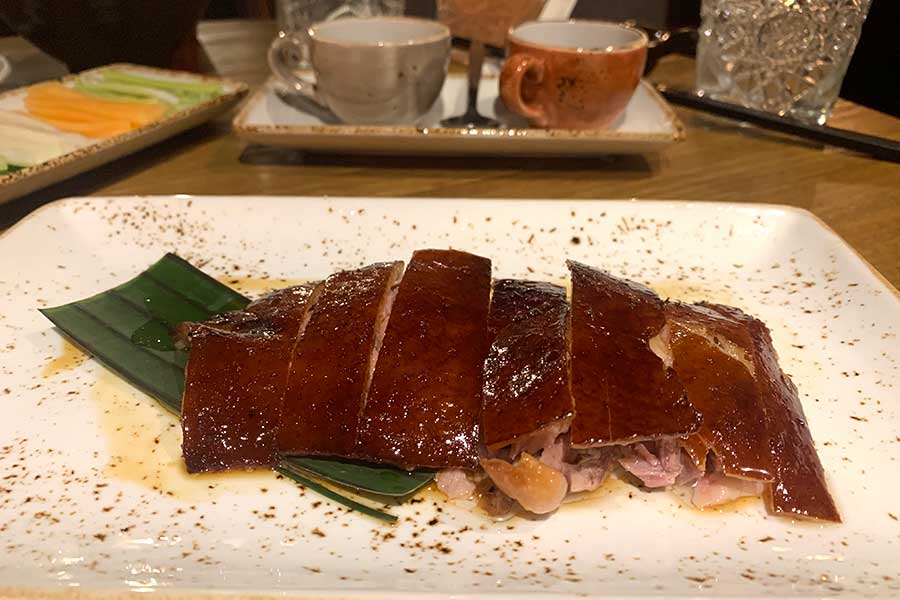 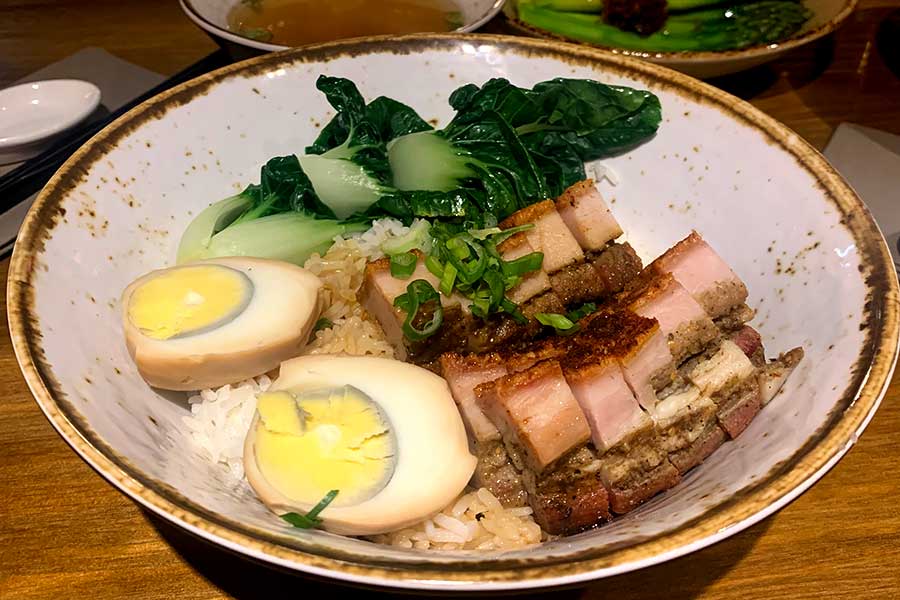 Crispy roast pork rice (£12.50) served with braised pak choi and a free-range egg as well as a bowl of bone broth. 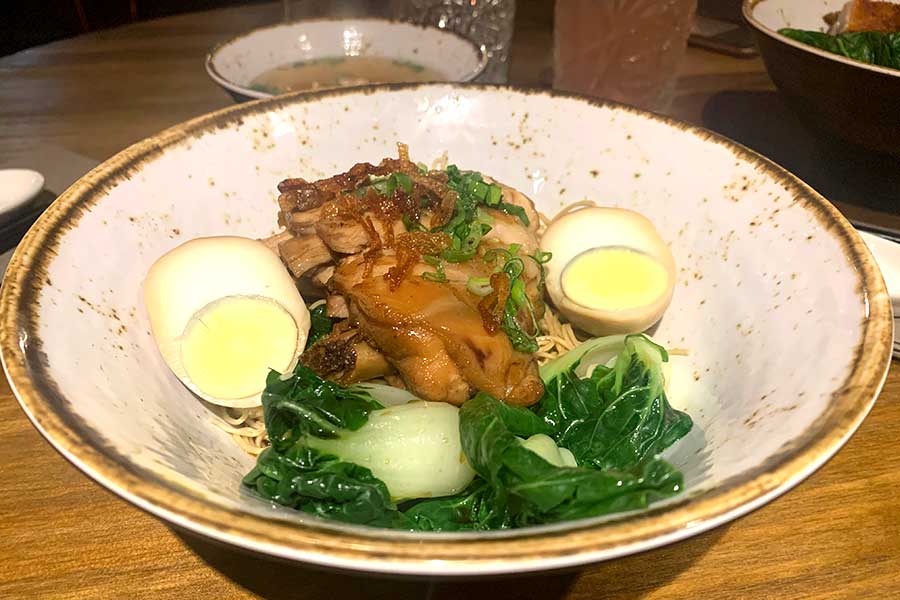 Soya chicken noodles (£12.50) topped with crispy shallots - the dried noodles, we were told, were flown in that morning from Hong Kong. 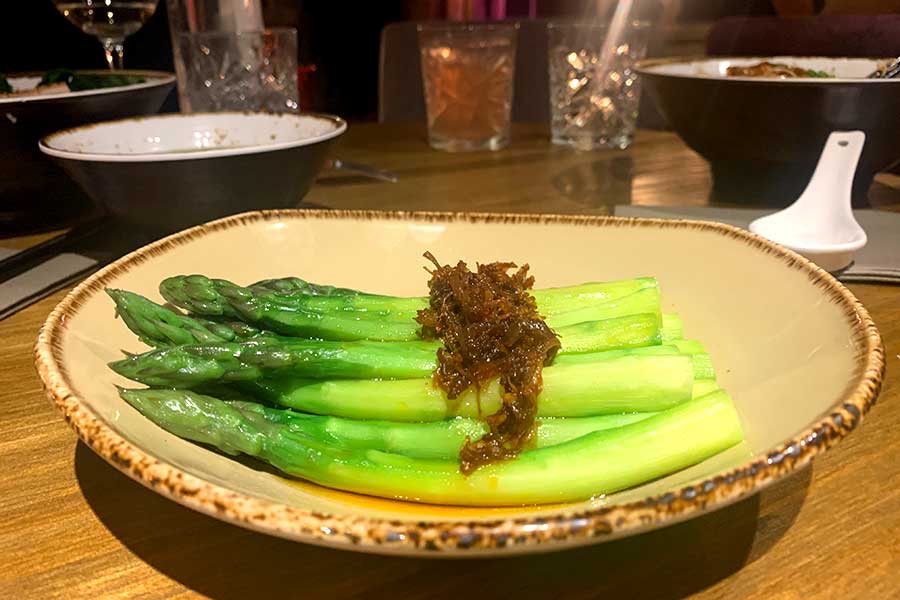 Asparagus with XO sauce - topped with dried shrimps because what better way to give greens some umami oomph? (£11.90).

Looking back, we'd probably have swapped out one of the roast meat bowls for something from the hot dishes section like lamp chops with cumin or mapo beancurd, just to mix things up a bit. But then there's always the next time...

There's a decent variety of dishes to choose from - the giant soup dumpling with mushroom filling or cloud ear fungus in pickled chillies and vinegar from the cold section to Dan Dan noodles with mustard greens. But we hear they are planning to extend their vegetarian selection too.

Fans of BaoziInn's other restaurants will be very happy to know that standards remain high at their new Borough flagship - and service comes, not only with a smile but tonnes of genuine hospitality. With space for groups on each floor, we expect this particular branch to be a draw for parties - and it was certainly packing them in on a Thursday night.

For more from BaoziInn - check out our Test Drive of their Soho restaurant.

Hot Dinners ate as guests of BaoziInn. Prices are correct at the time of writing.