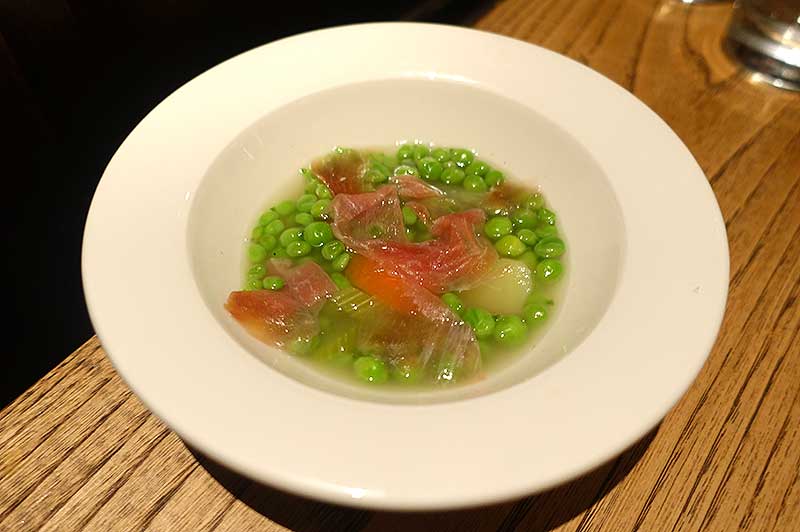 So what do we need to know about Brat?

If your timelines aren't buzzing about this latest Shoreditch opening, you're probably following the wrong people (Or have a healthy balance between food obsession and the rest of your life - whatever).

This is the new restaurant from Tomos Parry, the chef who properly burst onto the London food scene as the Head Chef of Kitty Fisher's when it first opened in Shepherd Market. Now, he's brought his ethos of cooking over fire to his first solo venture in Shoreditch.

It's right upstairs from Smoking Goat on the corner of Shoreditch High Street and Redchurch Street. It has its own entrance on Redchurch Street, lined with bottles giving a nod to the restaurant's association with the people behind Noble Rot.

The dining room itself is beautiful with original 1930s wood panelling - as this is a corner site it must be flooded with light for lunch. And you'd never think in a million years that it used to be a dodgy strip joint.

You're pretty spoilt in this part of town. An easy spot would be the Beatbox bar across the road at Boxpark, the rooftop bar at Boundary (for when the weather perks up) or the Owl and Pussycat on Redchurch Street itself is a good spot. 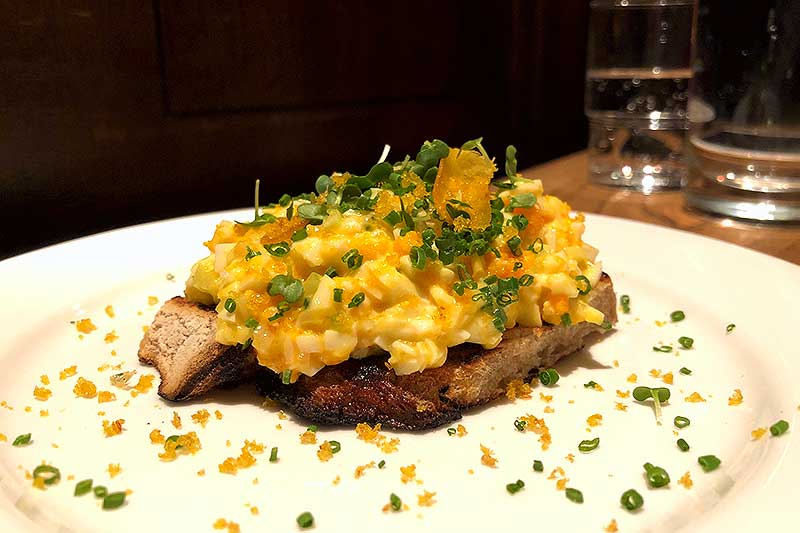 If you've just popped in, hoping for a walk-in spot, the counter bar looks like a convivial spot to perch yourself. Otherwise, the room is mainly set in long-ish tables that aren't quite communal but do mean you're pretty cheek-by-jowl with your neighbour. On the upside it also means it's good for groups (we spotted the Patty & Bun crowd over in one corner on our visit).

Inspired by Basque open fire cooking but using seasonal British produce, you'll see Tomas over in one corner of the room cooking on a stove that wouldn't look out of place in Henry VIII's kitchens at Hampton Court. His menu here kicks off with a series of small dishes (ranging in price from £3.50 to £12) and then there's a short number of main meat and fish courses before a brief dessert selection.

We began with oysters roasted over the fire with seaweed (£3.50 a pop) and fans of Kitty Fisher's will be pleased to see Tomos's smoked cod's roe fingers of toast reappear here (£3.50).

Frankly, everything in this section sounded great, so you'll be torn on what to order, but we loved our bowl of the sweetest freshly-podded baby peas draped in wafer-thin Carmarthen ham (£7) which was only beaten by the chopped egg salad and bottarga (£5).

Of the mains - literally EVERYONE seemed to be having the whole roasted turbot for two (£55-£65). After all, that's what the restaurant is named after (Brat is apparently a colloquial term for turbot). We've been hearing nothing but praise for that dish - although we decided to be contrary and try two of the meat mains instead - the Herdwick Lamb served up with leeks and courgettes (£16.50) and the beef chop (which ranges in price from £36-£58).

That beef chop was the dish to beat - not here, but pretty much anywhere. Is Brat serving the best steak in town? We think it might be...

Desserts after that barnstorming beef were a bit of an anticlimax - but we have a childhood love for brown bread ice-cream and the one here at £4.50 is a particularly nice one, with hints of marmalade throughout. 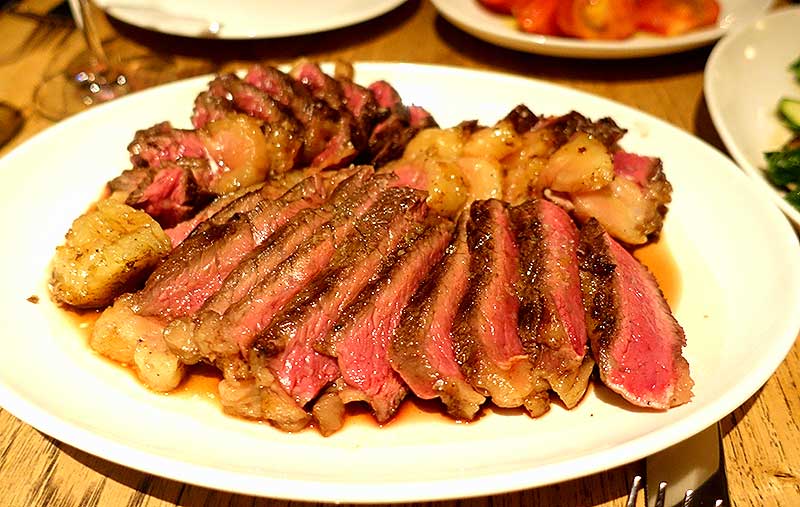 Obviously, wine is a huge focus here - but it didn't feel like a chore to choose. There's a truncated wine list of choices by the glass, starting at a fiver for a glass of Vinho Verde and climbing to £13 for a Naoussa Chateau Pegasus from Macedonia. We were after a light red so sommelier James Harrison suggested a wonderful Ribeira Sacra from Guimaro (£43 from the off-the-beaten-track section of the main wine list).

As one of 2018's most anticipated restaurants, we came to Brat with high expectations and they were more than met. The room is incredibly welcoming, the menu is an utter delight - you'll want to return again and again to work your way through it - and Tomos's cooking is on the money. An absolute must-visit if you consider yourself a proper London foodie.

Hot Dinners were invited to Brat. Prices are correct at time of publication. 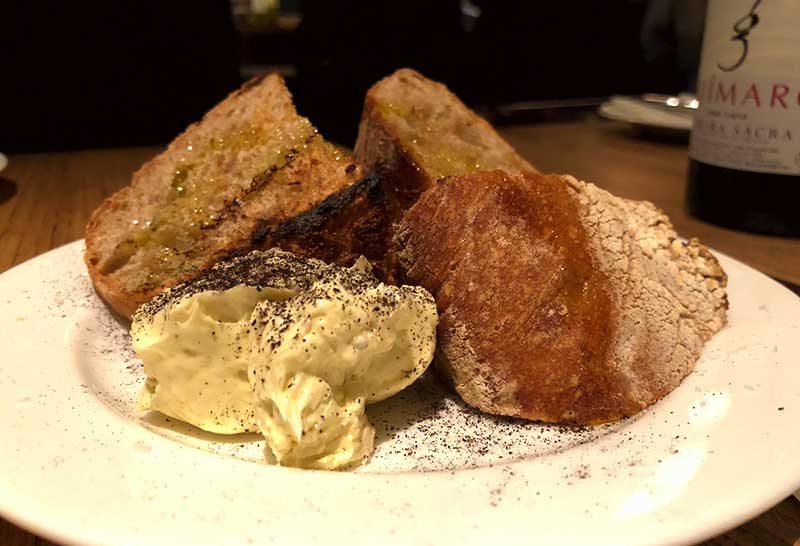 Where is it? Redchurch Street, Shoreditch, E1 6JJ

How to book: Email bookings@bratrestaurant.com