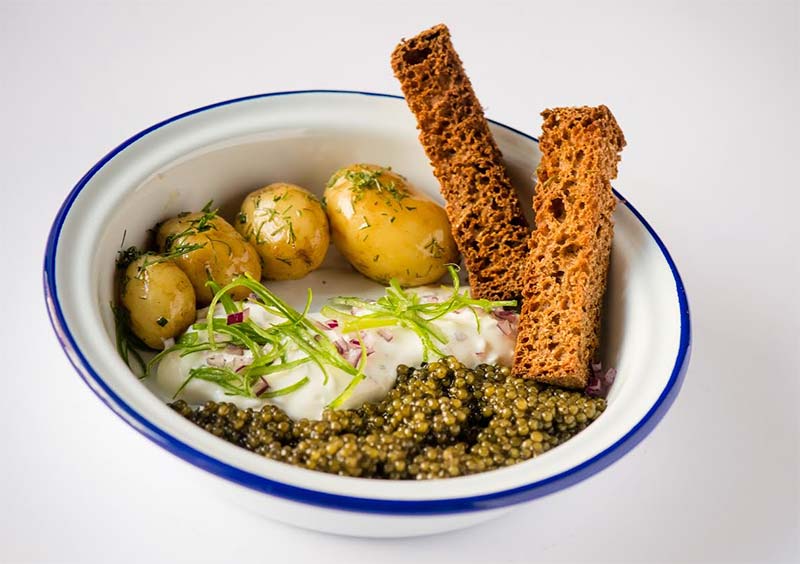 So far we’ve had all kinds of street food hit Soho, but to our knowledge this is the first time we’ve seen RUSSIAN street food - and that’s what Zima is promising. It's being added to the basement of Jean Jacques (itself a French restaurant from Russia) with a look that aims for a Soviet-era ryumochnaya (vodka bar).

It’s coming from Russian chef Alexei Zimin – who is apparently a very big thing in Russia – who is looking to bring a wide breadth of Russian food to this Frith Street restaurant. On his menu is:

Alongside that will be Russian Siberian Crown and vodka infusions flavoured with fennel & tarragon or lingonberry & apple with curry leaves.