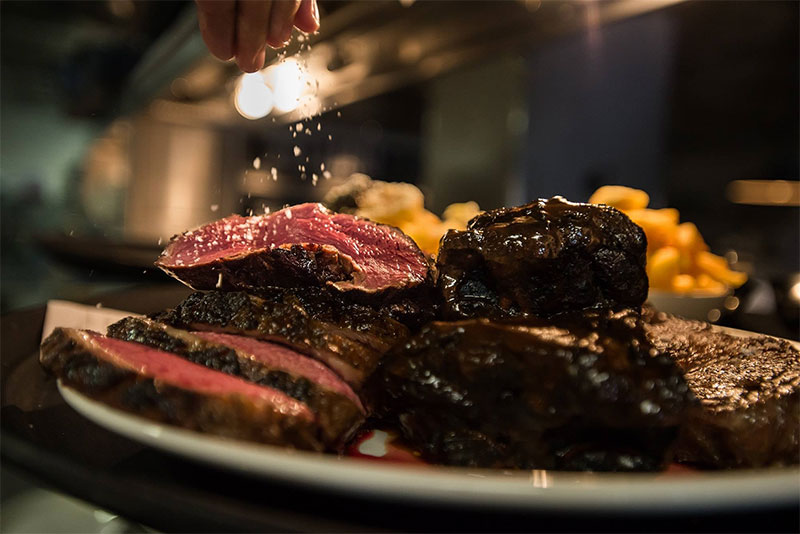 In a nutshell: Meat for the City

Summing it all up: They've already had big success in Soho with another offshoot in Harvey Nichols. Now the next main Zelman Meats is coming to the City - expect lots of cuts of meats and some rotisserie chicken too.

Since Zelman meats first opened in Soho, it's been a continuing hit. It mixes cuts of steaks with slow-cooked meats - and all for a price that's a little more friendly on the pocket than full-on steakhouses. And on top of that, there are a few holdovers from the still missed Rex and Mariano - with Tiger Prawn Tempura and Tuna Tartare on the menu too.

This latest Zelman Meats is right in the City, just off Ludgate Hill, and is taking over the space from a former Burger and Lobster. The menu is promised to be similar to the existing spots, so expect overnight-smoked short rib, chateaubriand, sliced picanha (one of our faves) and their "“Dirty” Sirloin Steak" which is cooked directly on the charcoal. And you'll be wanting their black truffle & parmesan chips on the side too.

And on top of that - the new Zelman Meats is offering up rotisserie chicken for the first time.