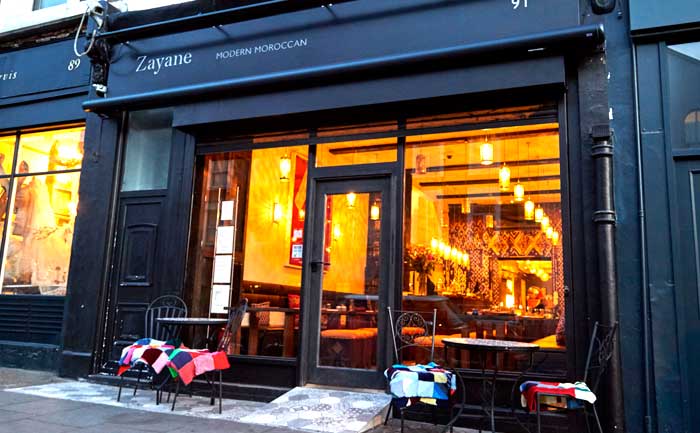 There's a new Moroccan restaurant in town and it's worthy of note, particularly because of who they have in the kitchen. Zayane on Golborne Road has as its Head chef Chris Bower, who was previously running the show at Michelin-starred Thackerays in Tunbridge Wells.

It describes itself as a modern Moroccan restaurant, promising a menu that "combines the vibrant flavours of authentic Moroccan cuisine, with modern culinary techniques and European influences."

Taking a look at the menus, in practice that means dishes such as: