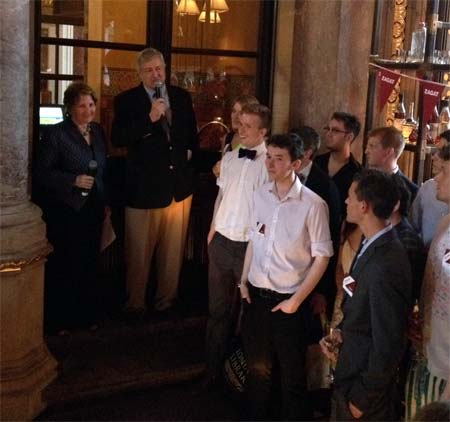 It's all about the young uns at the moment. Next week we have the announcement of the Young British Foodies and last night was the reveal of Zagat's 30 under 30. It's a list they've done regularly in the States - but this is their first UK version - in which they highlight the most promising chefs, mixologists, sommeliers and more who "represent the future of the English restaurant industry.”

Some of the best of London's restaurant scene were in attendance to pick up their awards and grab a few canapes at the Gilbert Scott bar and we, of course, managed to grab the odd snippett of news on new openings from those on attendance (so keep an eye on this page).

Many of those named will already be very familiar to readers of Hot Dinners as behind some of the hottest places in town with winners included from places as diverse as Pitt Cue Co, Claridges, Hawksmoor, Roganic and more besides.

The full list (with those ages that will make the over 30 among us feeling a little inadequate) is: